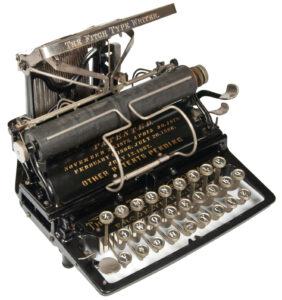 The Fitch typewriter is a remarkable looking machine and was one of only four typewriters built with the type bars positioned behind the platen. When typing the type bars swing down towards the typist and strike the top of the platen.  The purpose of this design was to give visible typing which was achieved but at a cost, as the paper could no longer escape backwards when typing as the type bars were in the way. So the paper had to be fully kept within the carriage. This involved rolling up  the sheet of paper into a hooper on the back side of the carriage, where it would come forwards over the platen and curl up into the wire cage in the front of the carriage. All in all not the future of typing!

The type bars are quite unique in that they are hinged and flop freely sideways when coming down to print. The two sloped guides ensure that the type bars are brought  down to the common printing point.

The Fitch typewriter was first manufactured in Brooklyn New York for a short time and was then licensed and built in London for a few years around the turn-of-the-century, also with little success. The American Fitch prominently shows its patent and manufacturing information in beautiful gold lettering just behind the carriage.

The other three typewriters with this fascinating design are the North’s, Waverley, and Brooks, all 19th century typewriters. The North’s and Waverley can be seen in this collection.

“SOMETHING NEW – Possessing all good points of other standard machines and some valuable features exclusively its own. Writing in full view of the operator, (much time is wasted in lifting the carriage in other machines)” 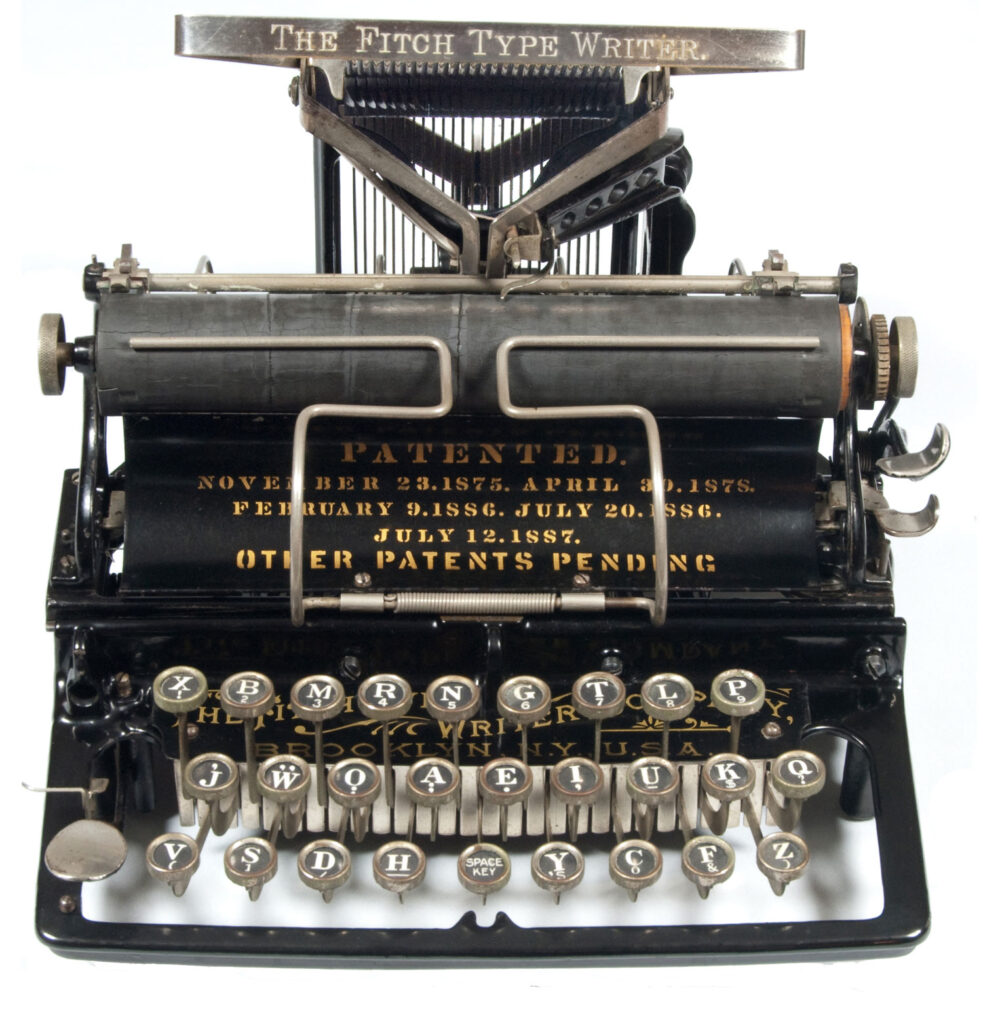 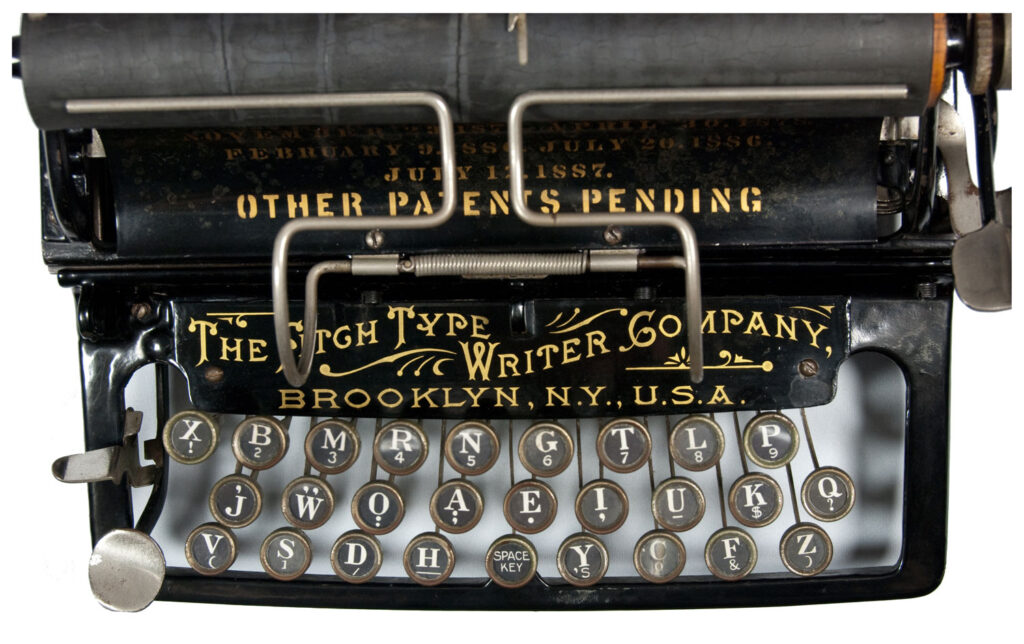 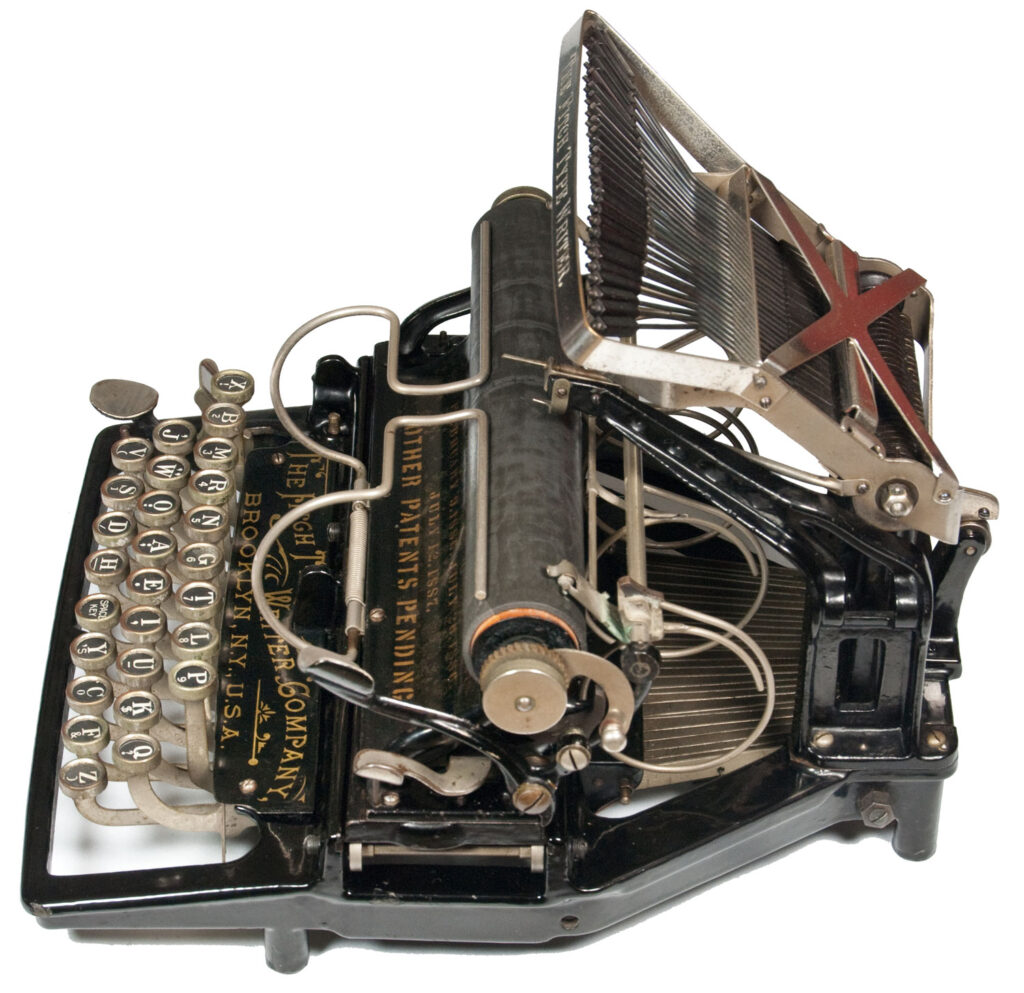 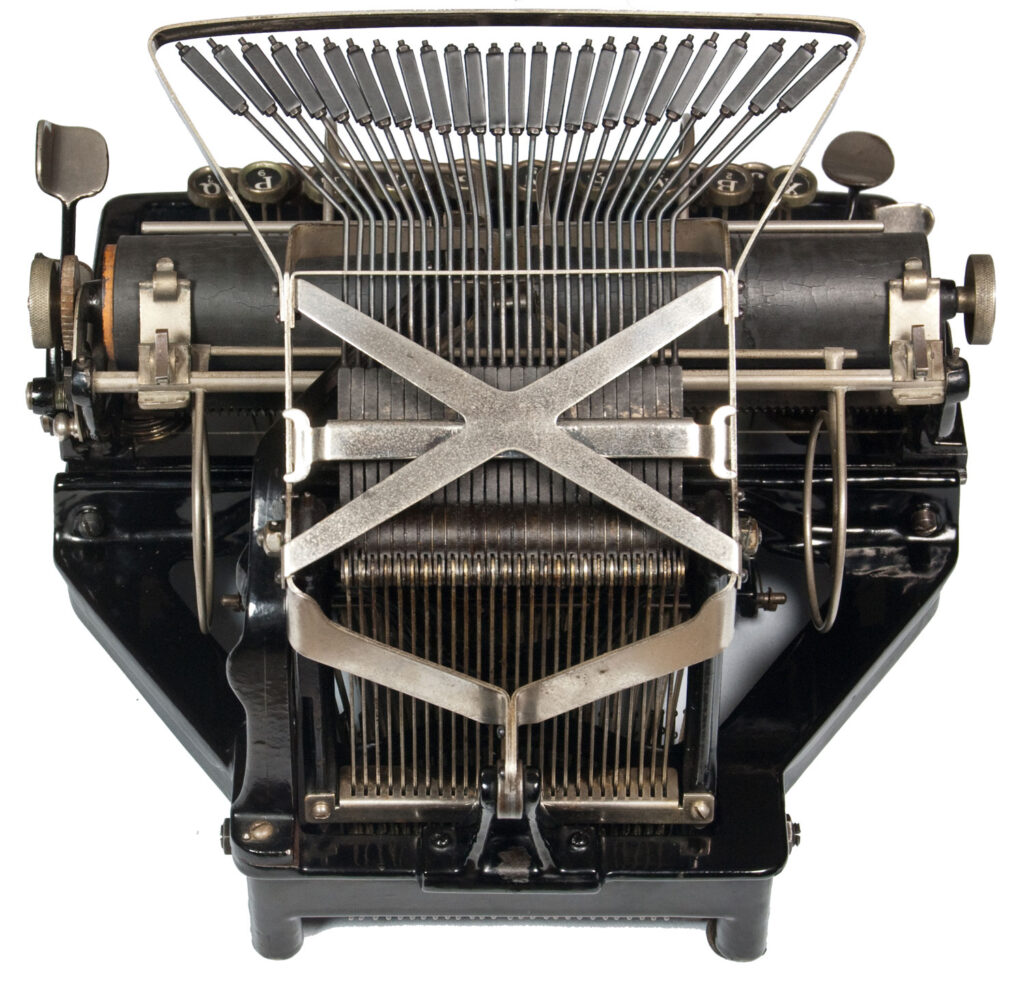 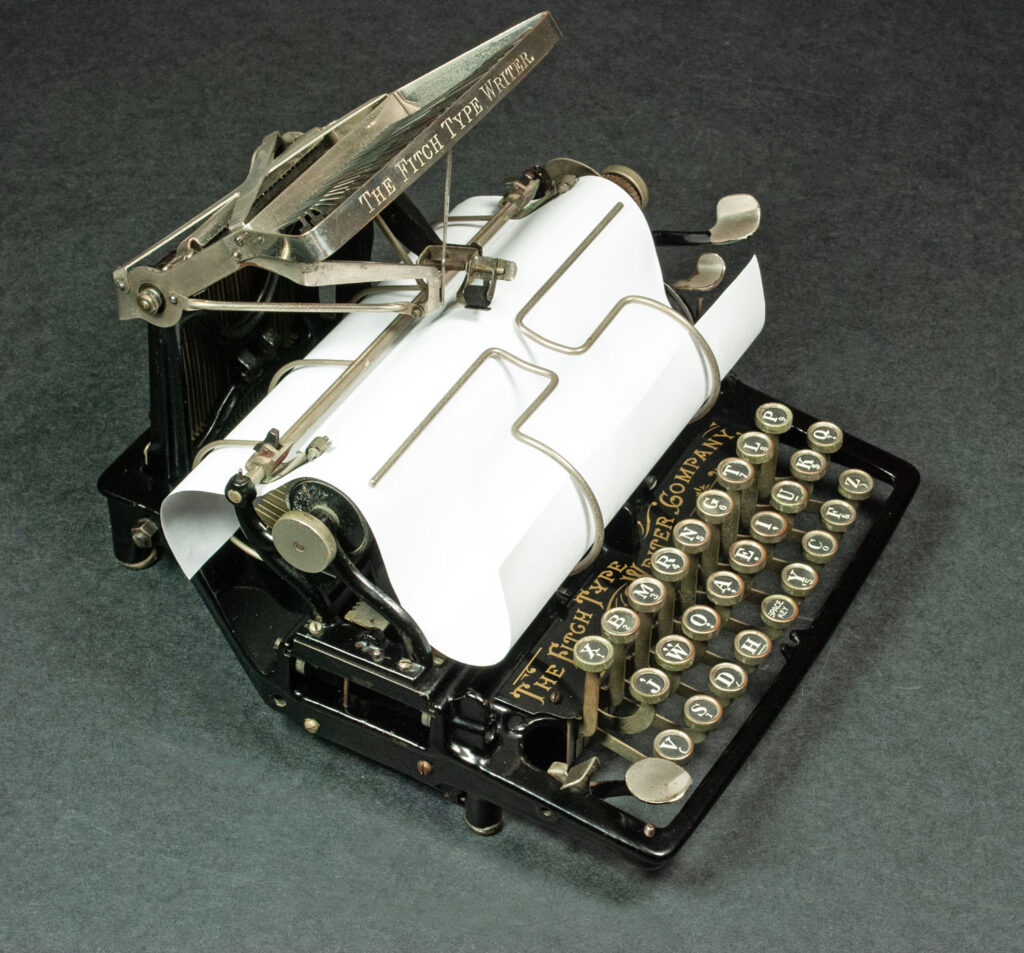 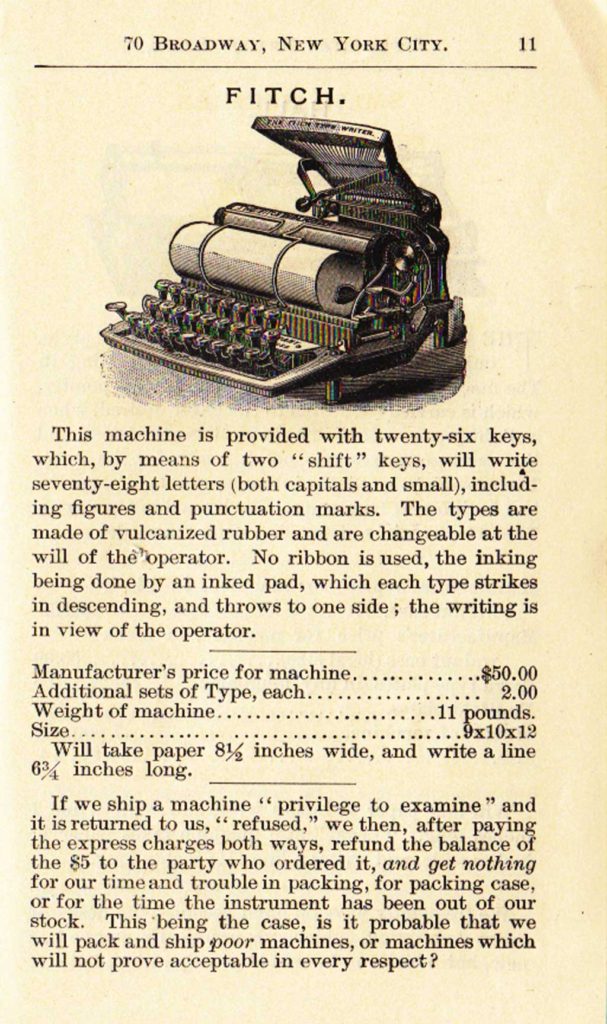 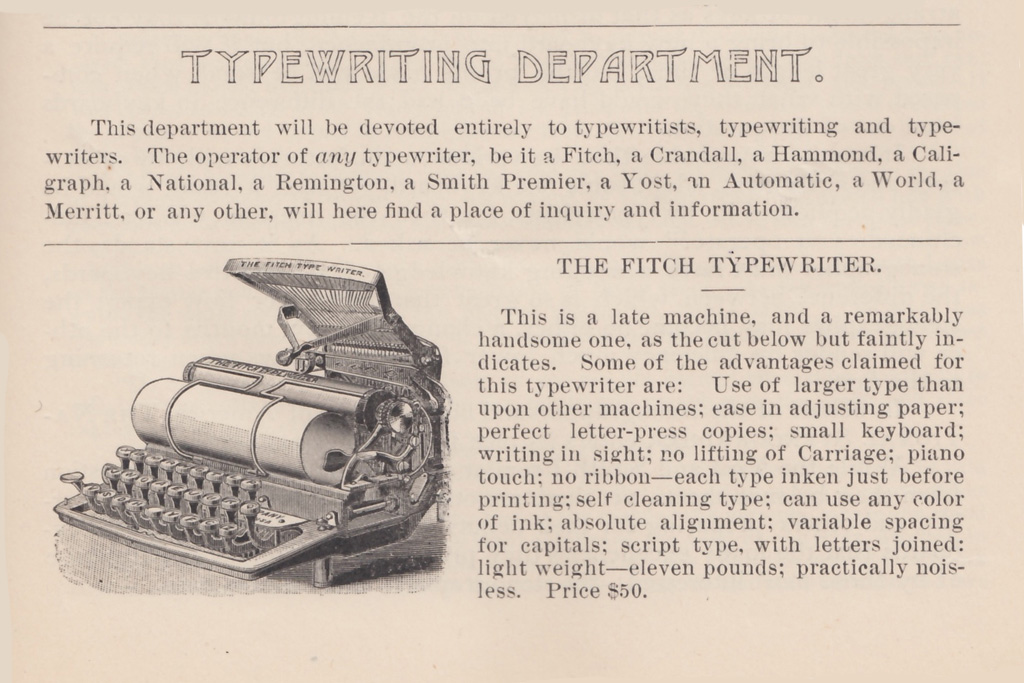 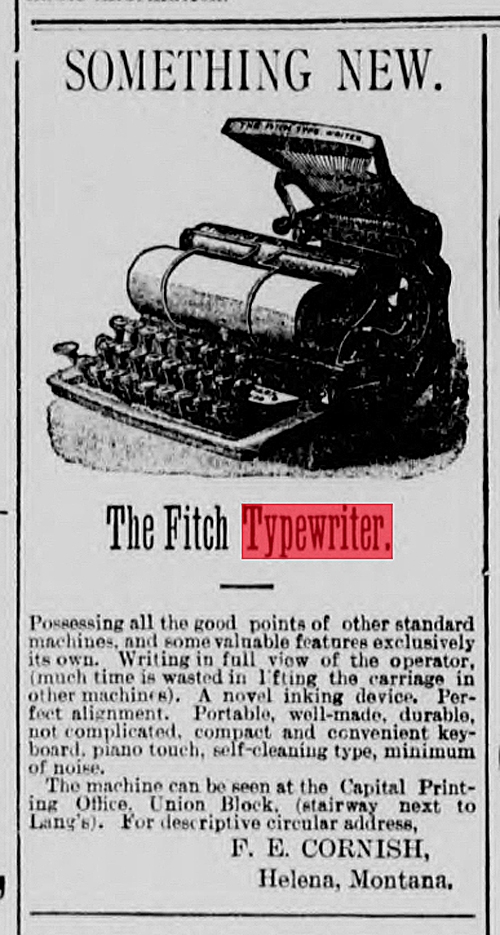