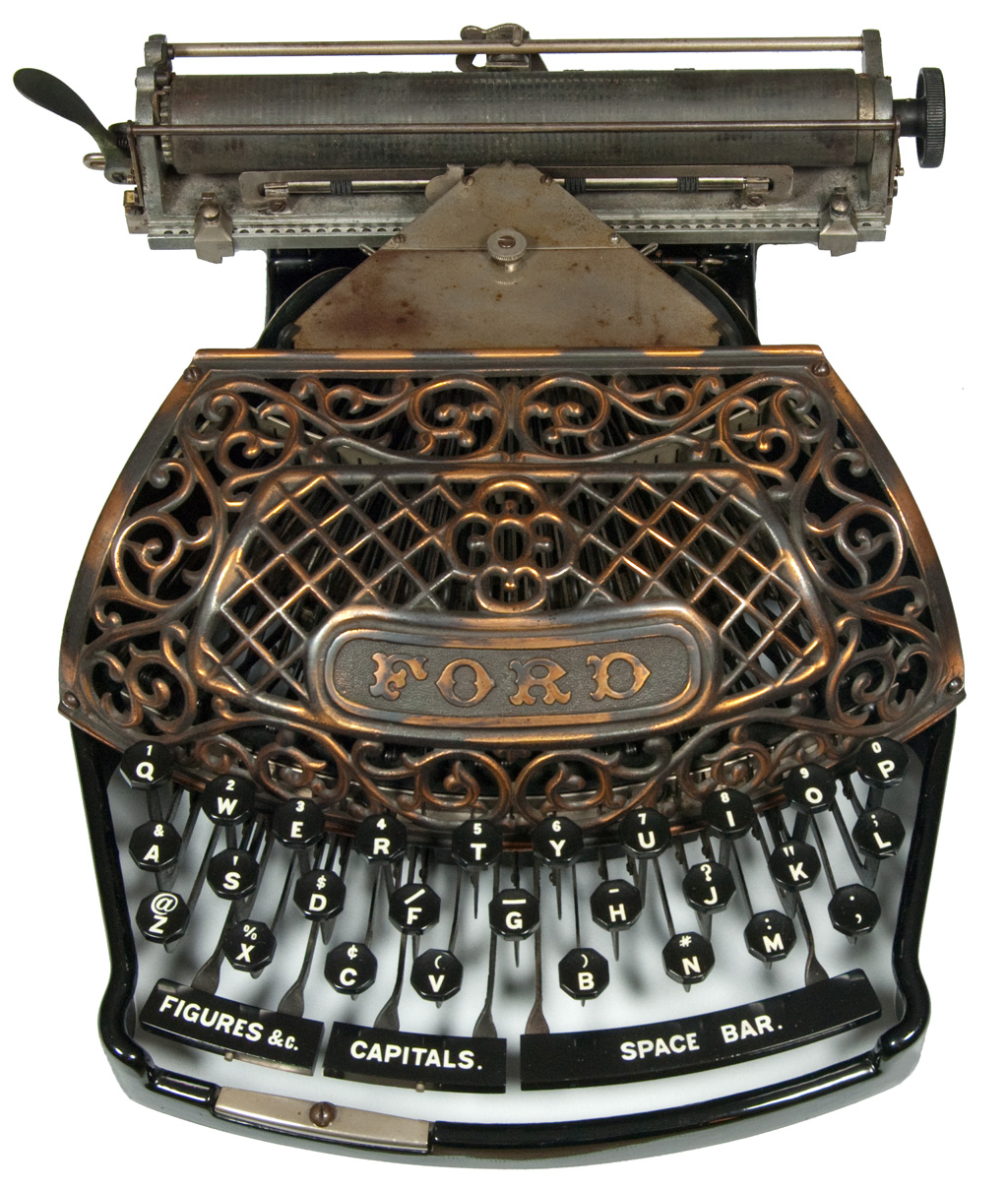 The Ford is a most impressive typewriter and is a prime example of the late 19th century mechanical aesthetic with its beautiful, two toned anodized, ornate grill and gracefully integrated keyboard.

It was a machine to grace the eyes but would not have endeared itself to the typist, as the keys are rather springy and wobbly when typing. Also the line advance lever surprisingly does not have a line-by-line clicking action to go back or forwards a line at a time. To make matters worse, the shift keys for capitals and figures require a solid push to operate, not a good design for fast typing. However, what the Ford did have was visible writing, allowing one to see the typed words on the platen as soon as they were typed. It was not the first to do this but most contemporary typewriters were still blind writers, requiring one to lift the carriage to see the last typed lines.

The Ford typewriter broke ground in being the first typewriter to use the new metal aluminum in its construction. The Ford was sold in two versions, one with an all aluminum frame and carriage and the other with a cast iron, black enamelled frame and aluminum carriage as in this example. Both sport a beautiful grill.

The Ford is a lateral thrust machine, with type bars spread out in a fan like configuration. When typing, the type bars move horizontally to strike the platen.

The Ford was invented by Eugene A Ford (1866 – 1948), a man with a very distinguished career. Ford worked with Herman Hollerith, director of the United States Census and founder of the Tabulating Machine Company. Hollerith created the first mechanical, punched card data processing equipment that would revolutionize the collecting and disseminating of information for the US Census. It was first used to full effect during the 1890s census and took two years off the time required to count the data manually! It was during this time that Ford worked on his typewriter, receiving a patent in 1892 and putting the typewriter on the market in 1895. Ford would work with IBM for the rest of his career, becoming chief development engineer in IBM’s New York laboratories in 1911. He would continue to develop and patent many improvements to punched card accounting machines, sorters, and counter devices.

Please see below, the wonderful picture of Eugene Ford celebrating his 80th birthday with Mr and Mrs Thomas Watson Sr., Chairman and CEO of IBM.

We are fortunate that Eugene Ford turned his attention to typewriters in his early years.

“THE FIRST WRITING MACHINE adopting ALUMINUM is the FORD TYPEWRITER” 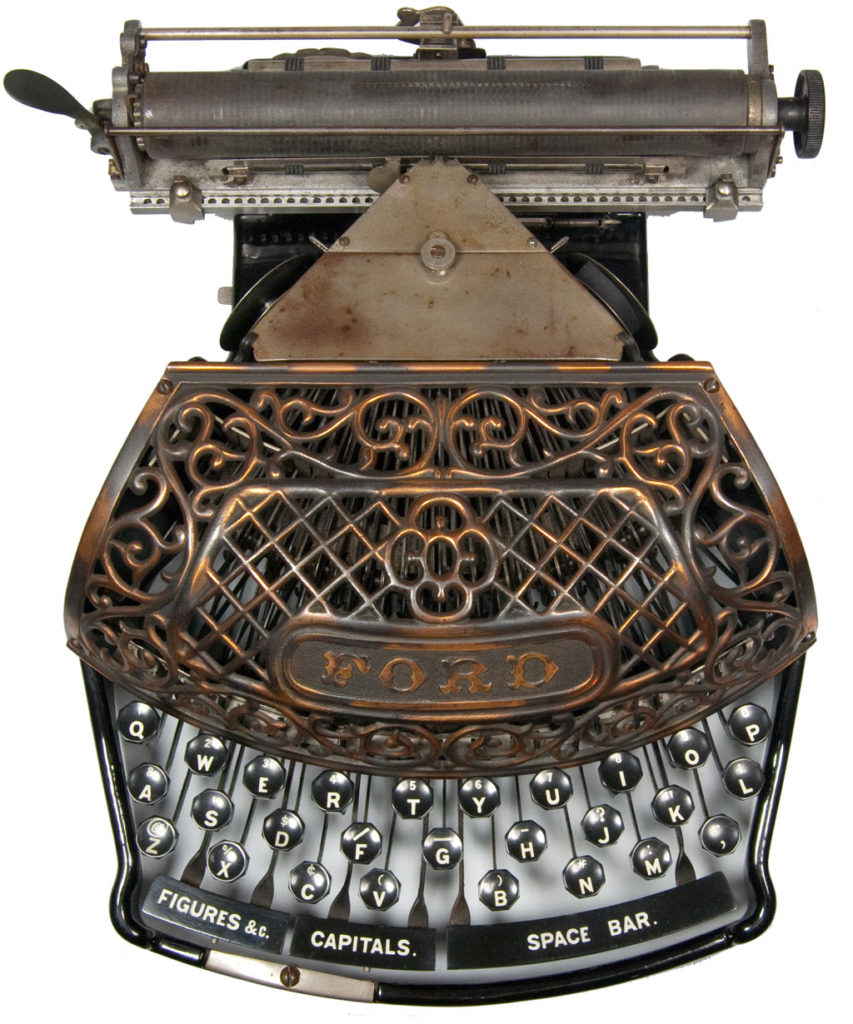 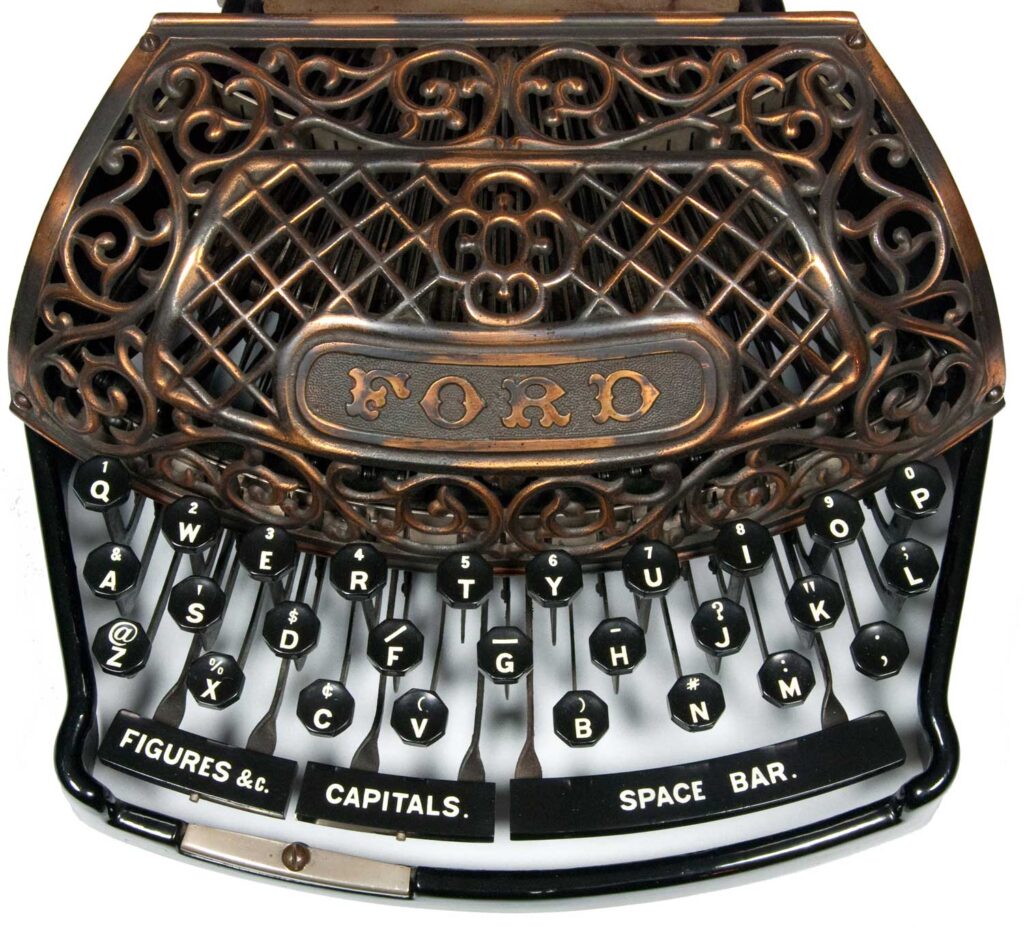 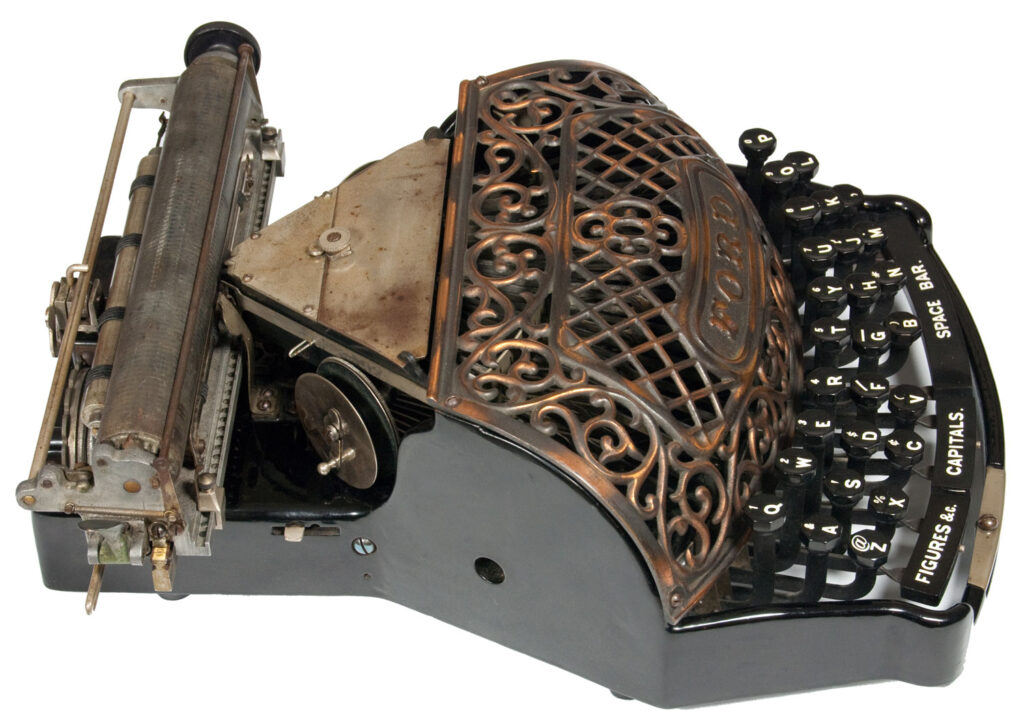 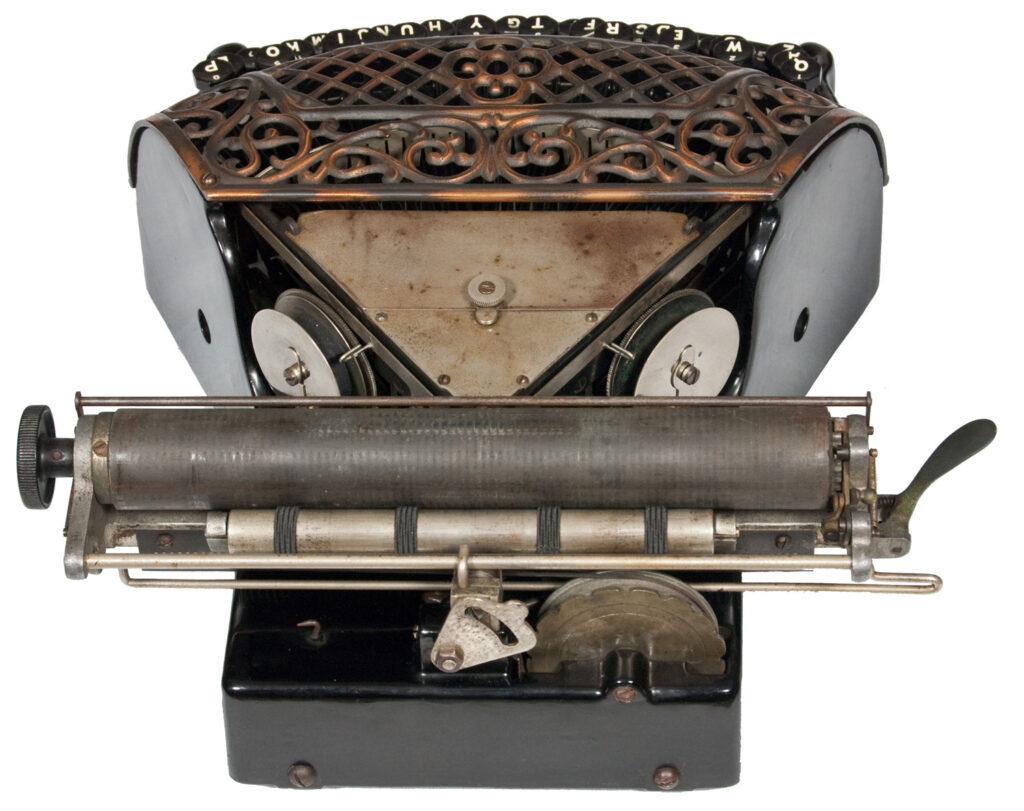 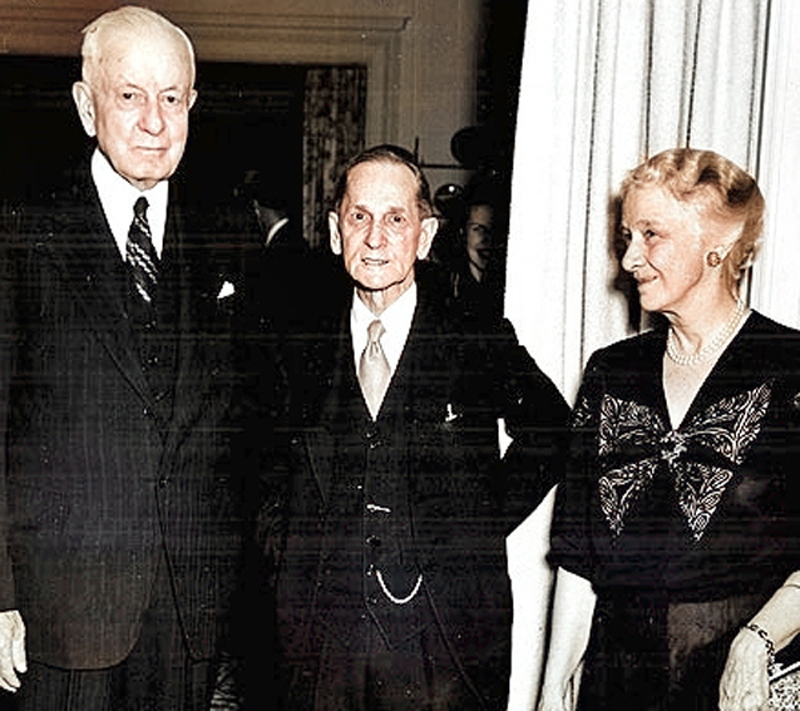