When Wellington Parker Kidder was just fifteen years old, he patented an improvement in rotary steam engines and would go on to study applied mechanics and drawing in Boston. He became interested in printing presses and patented many improvements. It is not surprising then that typewriters would follow.

His first success was the beautiful Franklin, with its curved keyboard and curved type bar shield to match. This early model is distinctive from later models in having a nickel-plated paper table, an oval name plate under the keys, and the name ‘The Franklin’ in Old-English lettering on the curved type bar shield.

The type bars stand up vertically behind the shield and swing down to strike the top of the platen. One can see what is being typed but would have to sit up straight to see over the shield. It is interesting to note that the Franklin was the first typewriter to have a shift lock function. The Franklin was well built, good to type on, well priced, and attractive. The Franklin sold well, with a model nine being manufactured in 1904.

Mr. Kidder’s other great successes were the Empire (seen in this collection) and the Noiseless typewriter which Remington bought the rights for in 1924 and had great success in developing the design.

Seen below is a wonderful photo of a young Mr. Kidder and a remarkable letter that he wrote in 1924, at 71, just three months before his death, apologizing for not being able to attend his alumni reunion. He however goes on with a commencement speech for those at the reunion, expounding on the wonder of the age. “On our little spec in space, our electron earth, many local things seem great to us.” It is well worth the read.

“Type prints on top of the Cylinder, hence Writing always in sight as soon as written.”

“Without exception, the handsomest typewriter made, beautifully nickelled and japanned – as much an ornament as an article of necessity.” 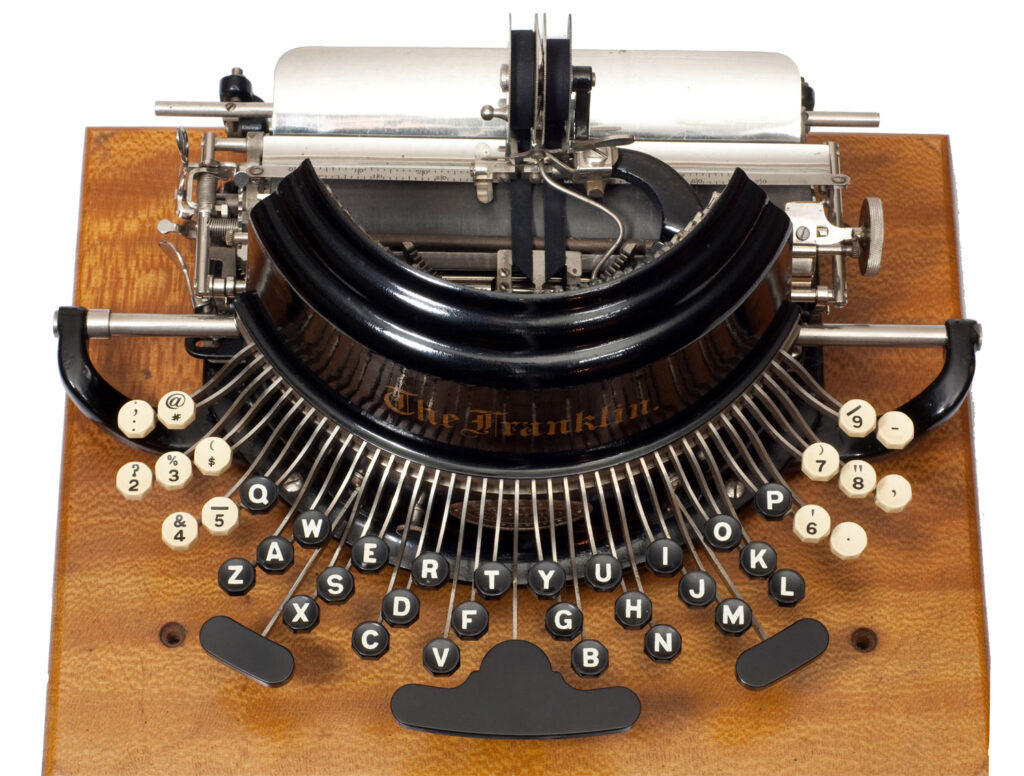 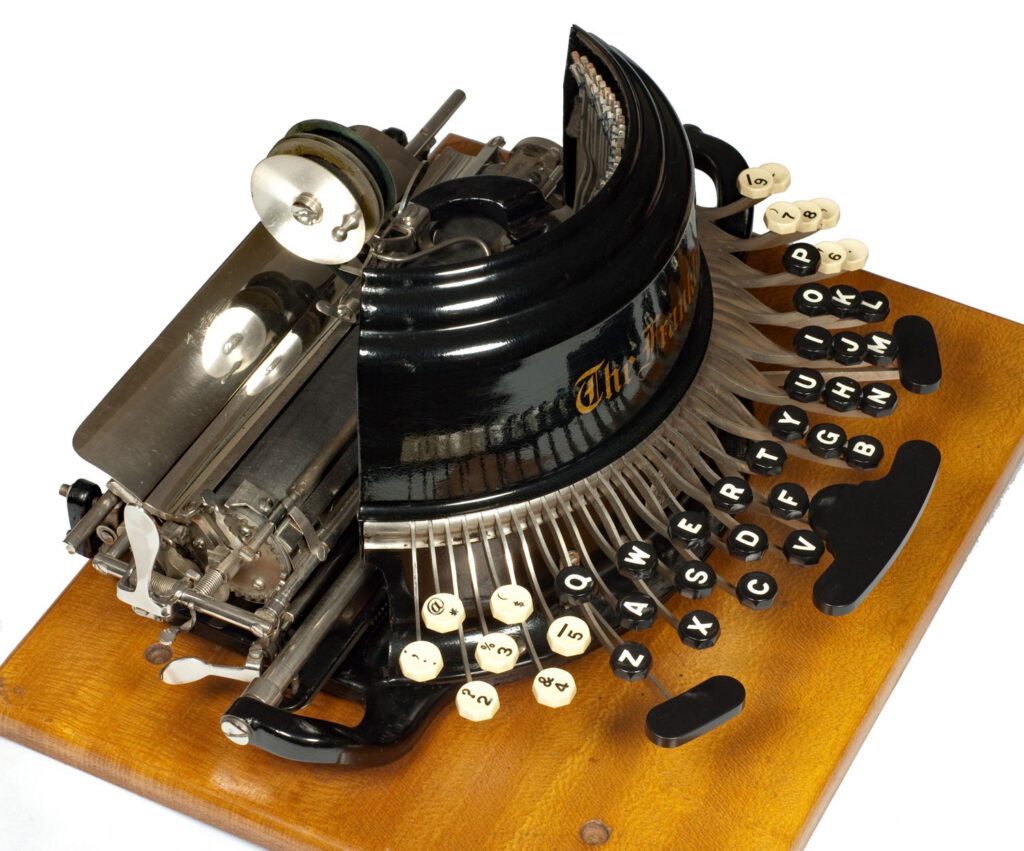 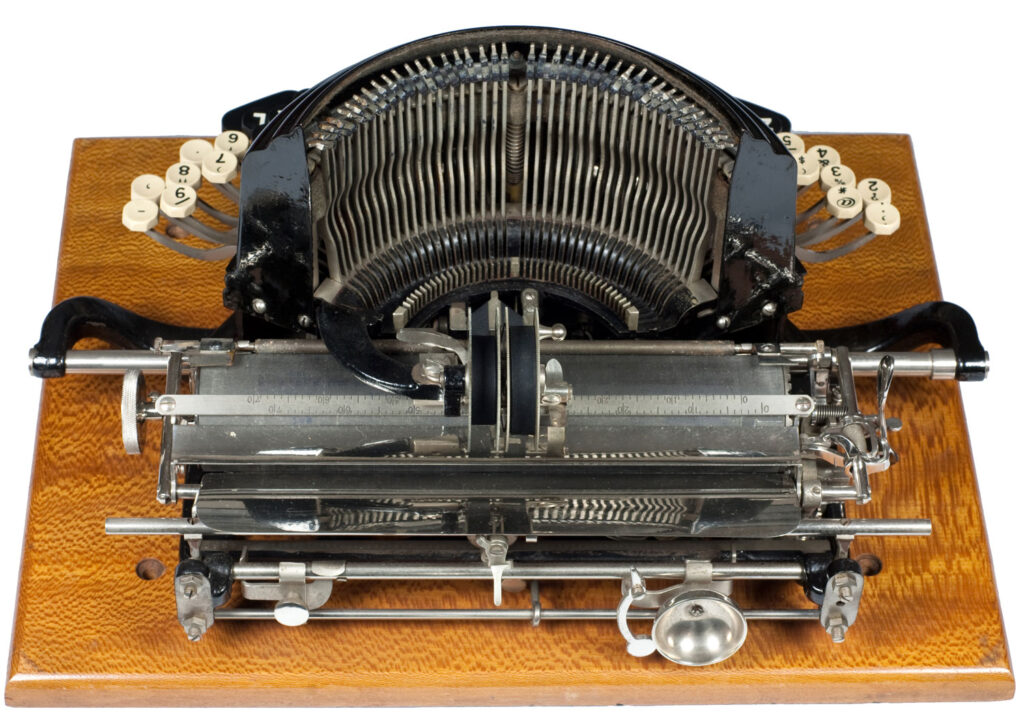 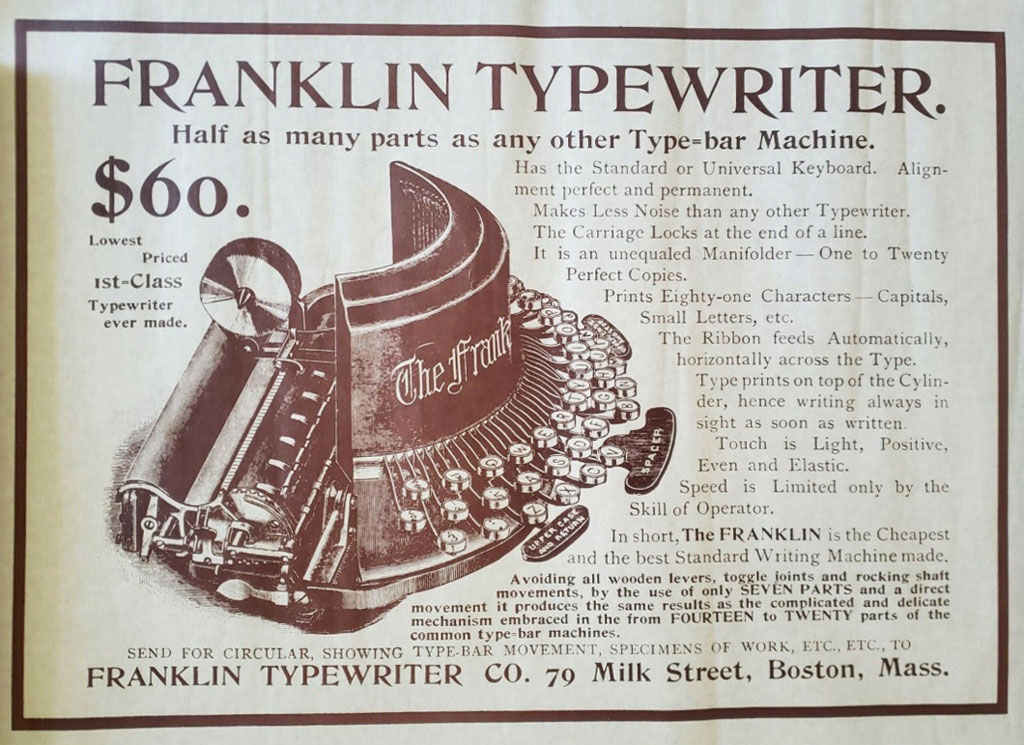 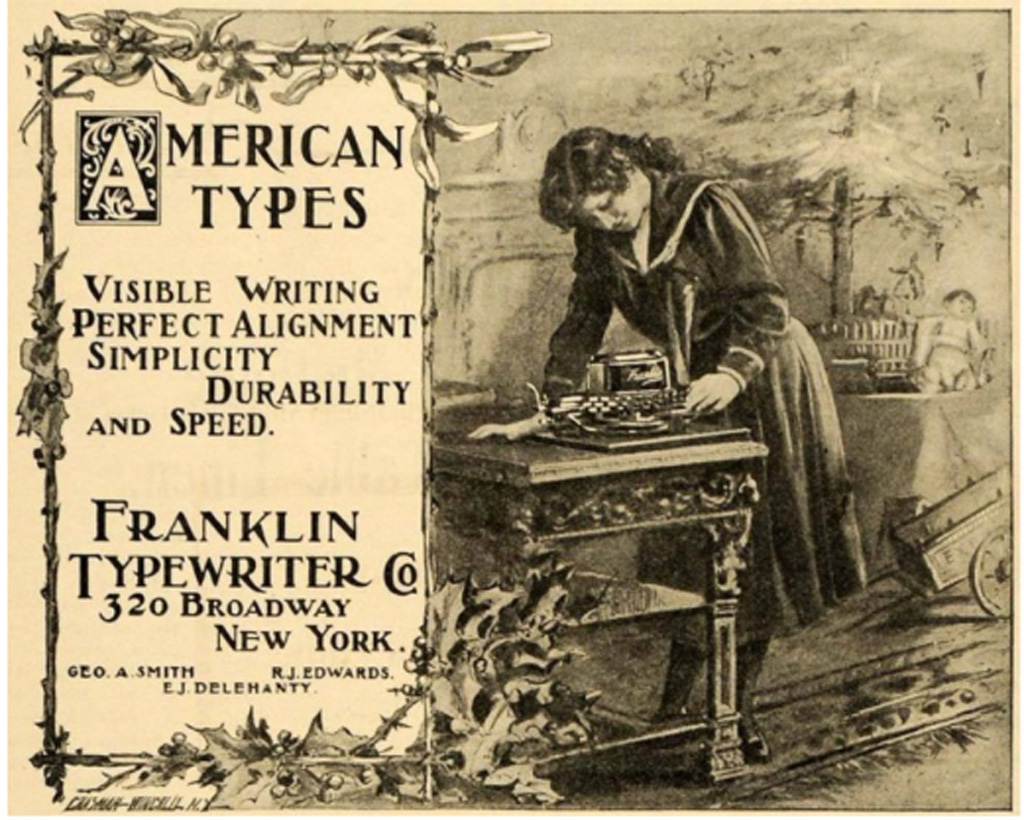 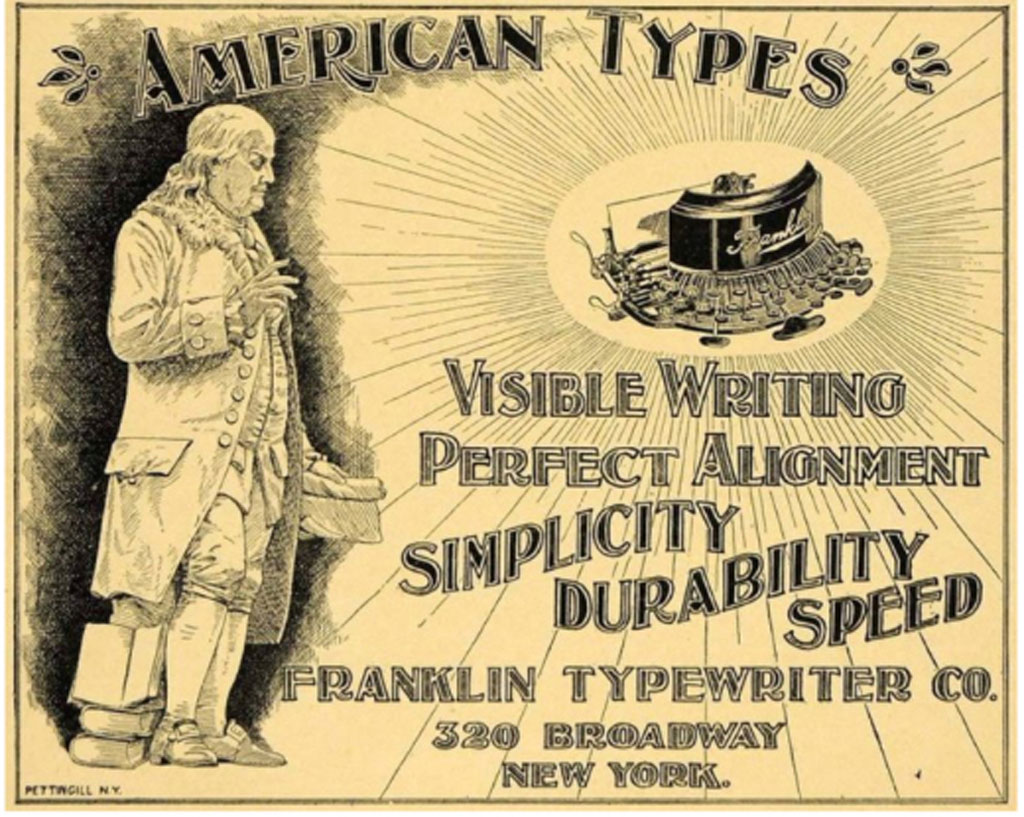 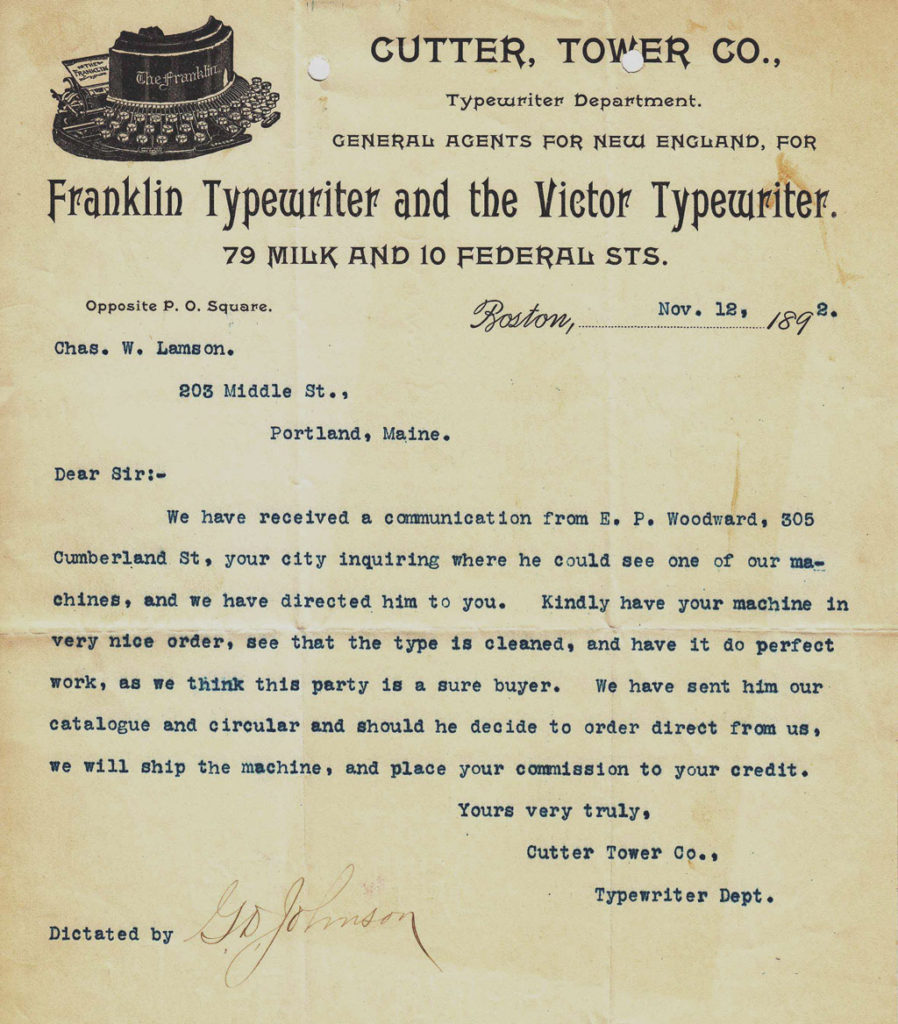 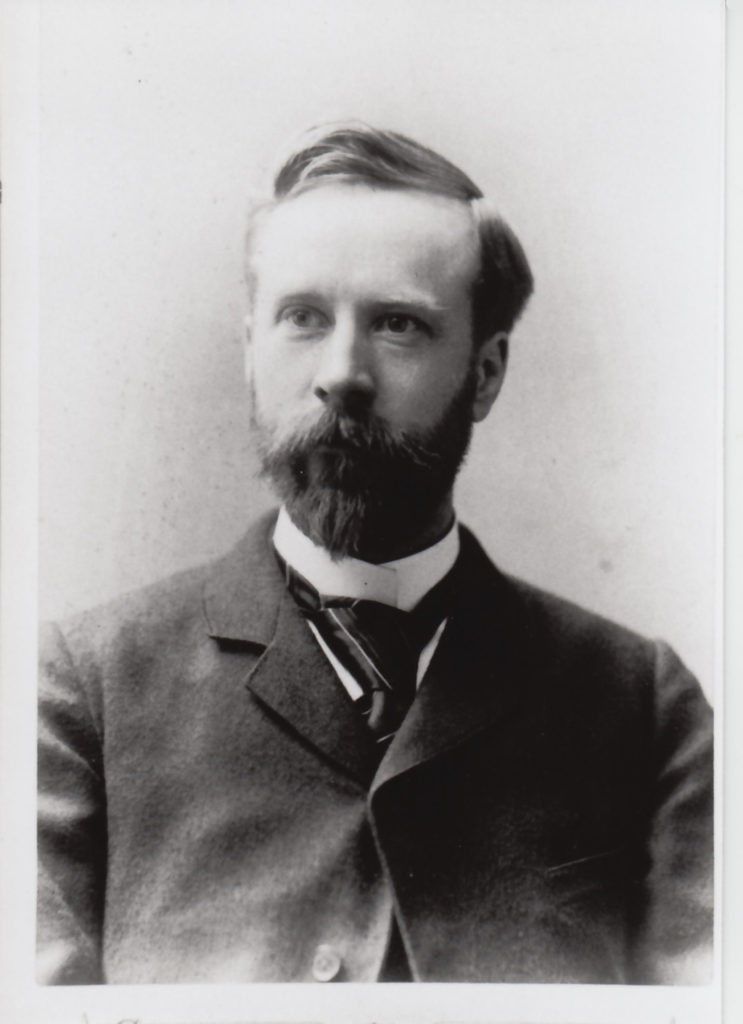 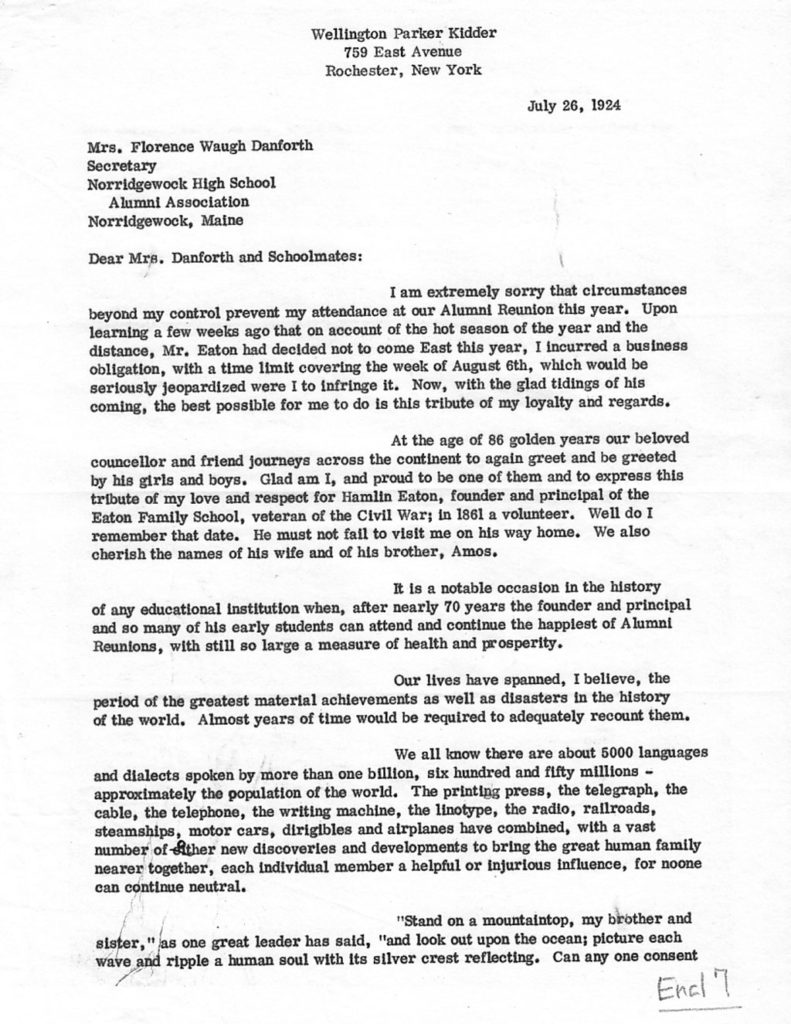 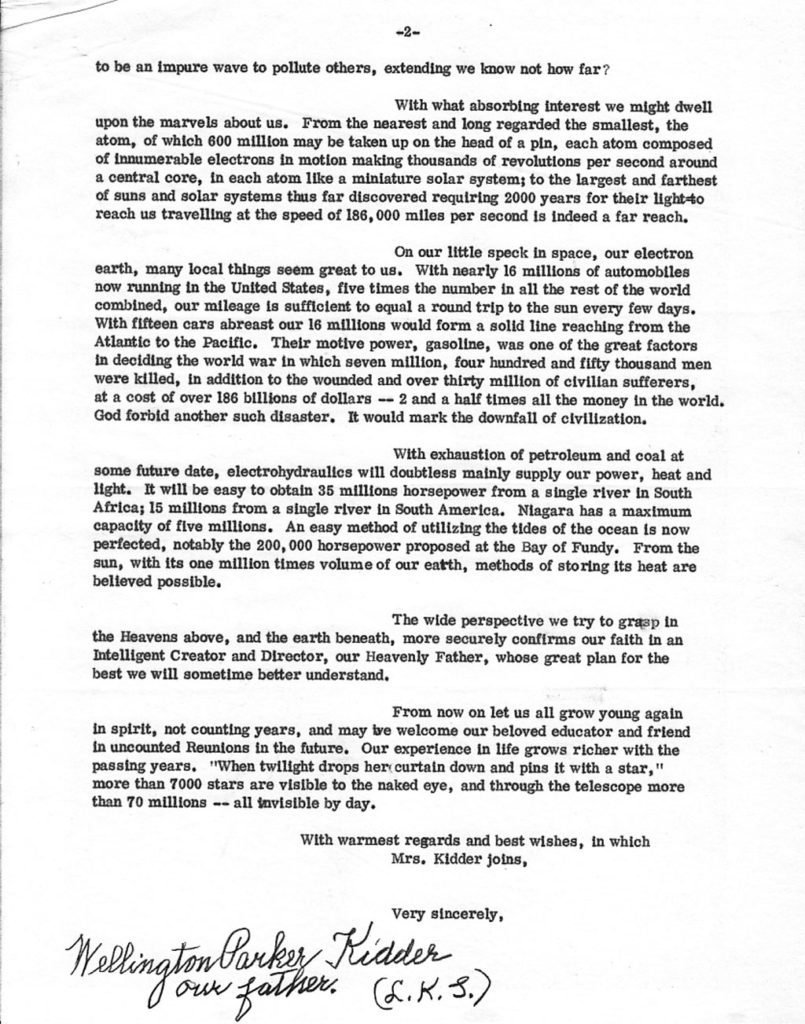