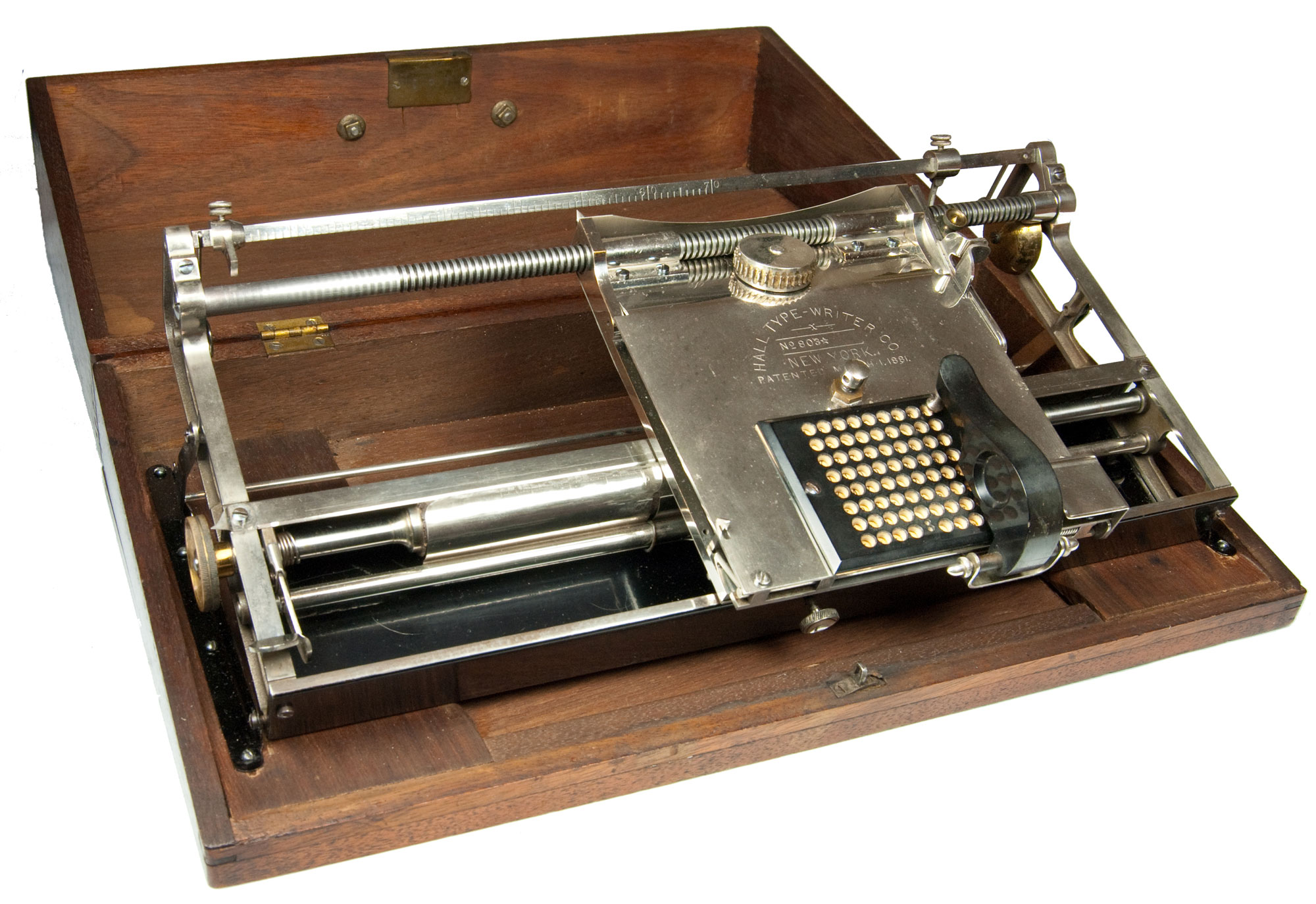 Thomas Hall, a Brooklyn engineer, invented this first index typewriter. A typewriter with no keyboard that requires one to use a selector (the black handle) to choose the characters when typing. It is housed in a handsome mahogany case with a beautiful brass handle and latch (see below).

The Hall originally sold for $40, an economical alternative to the $100 keyboard machines; a good horse-drawn carriage could be bought for $70. At a time when few people knew how to type efficiently with both hands, it would have seemed reasonable to the operator of the Hall to pick out the characters using one hand.

To type, the black handle is moved around over the holes (each hole is a different character) to select the characters. Then a stylus, on the underside of the handle, is pushed down into one of the holes to print that character. Inside the typewriter, a rubber plate that has all the characters moulded on its surface, has moved into position allowing for the correct character to be pushed onto the paper.

The rubber type could be quickly changed for different fonts and languages.

“THE BEST STANDARD TYPEWRITER IN THE WORLD. Cheap, Portable, No Ink Ribbon, Interchangeable Type in all Languages, Easiest to learn and rapid as any. Agents wanted everywhere.”

“Weighs seven pounds, handily carried like a satchel, can be operated anywhere, in the hotel parlor or on your lap as you travel by rail or steamship.” 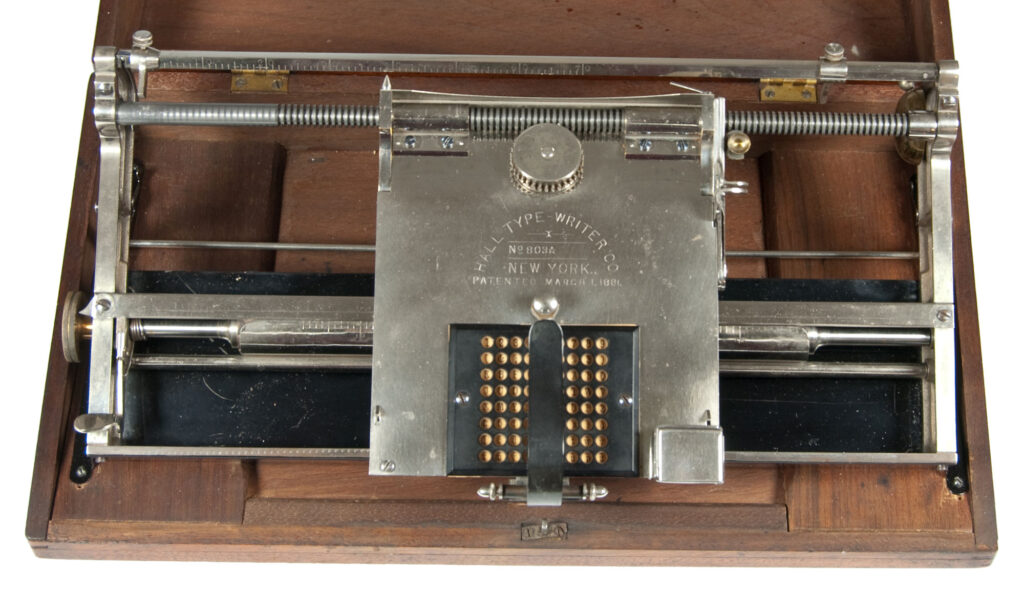 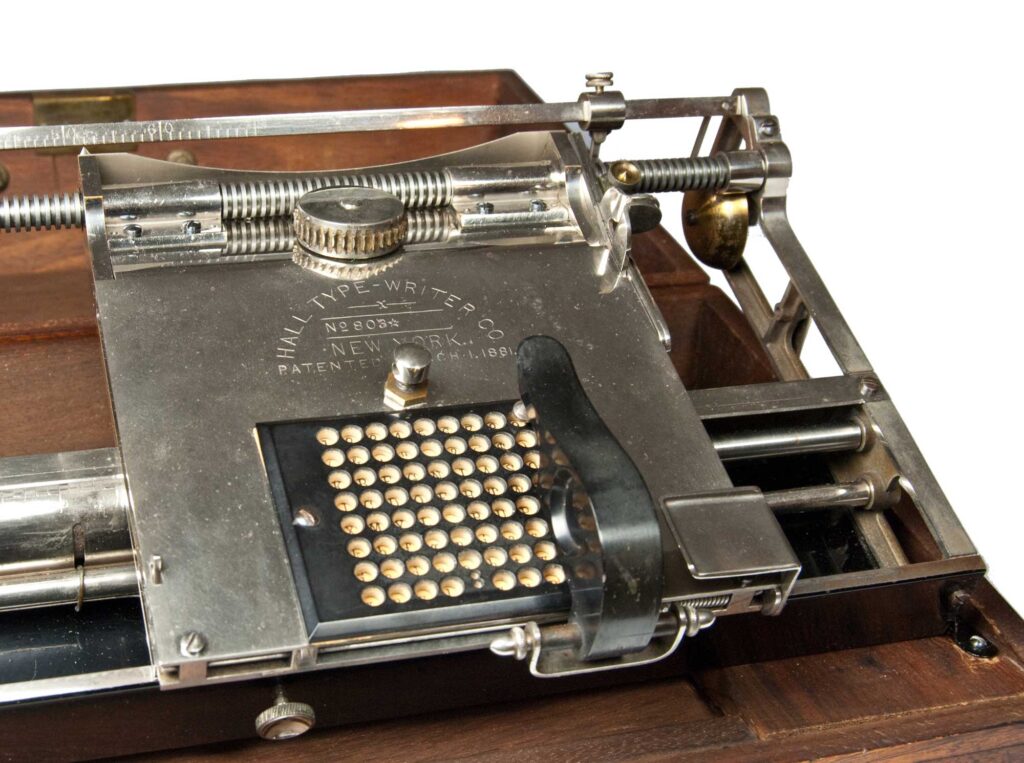 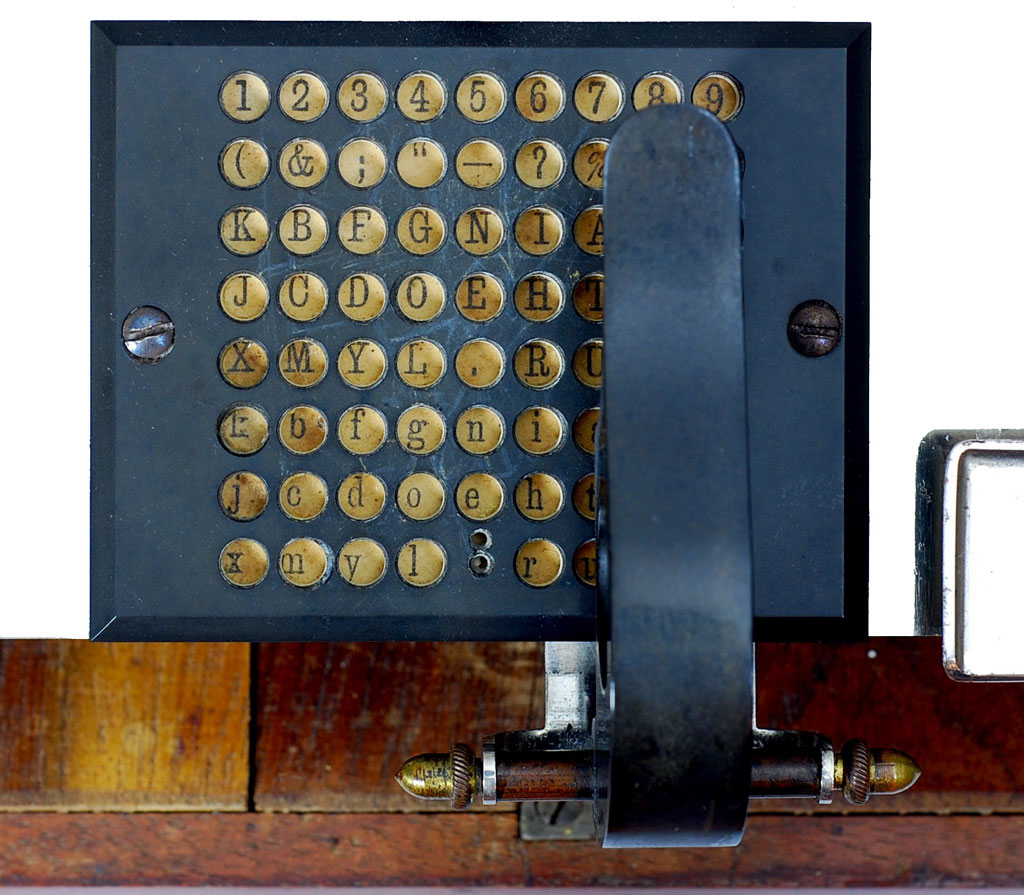 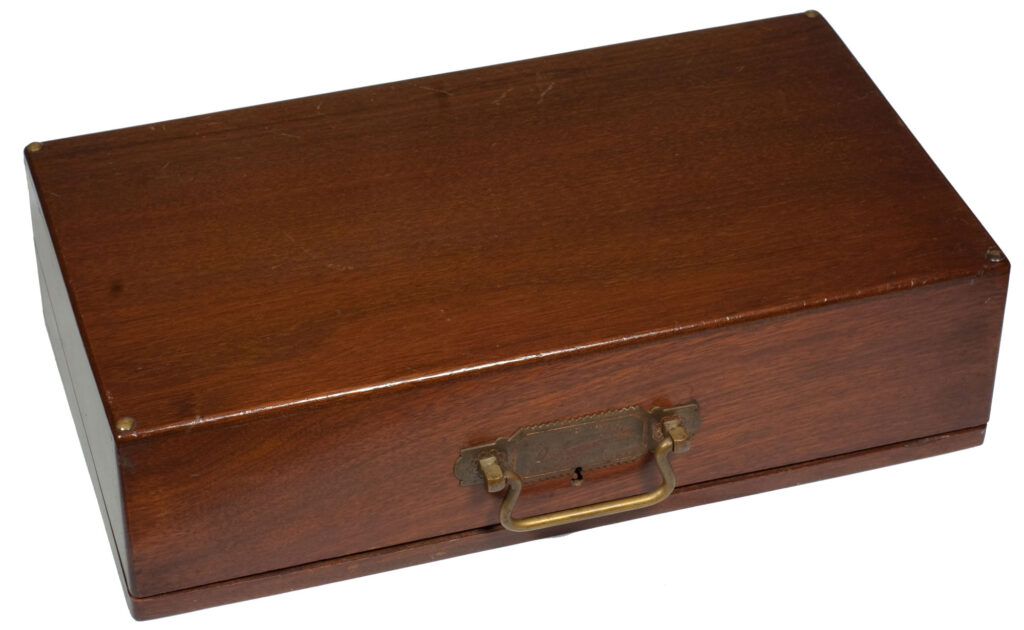 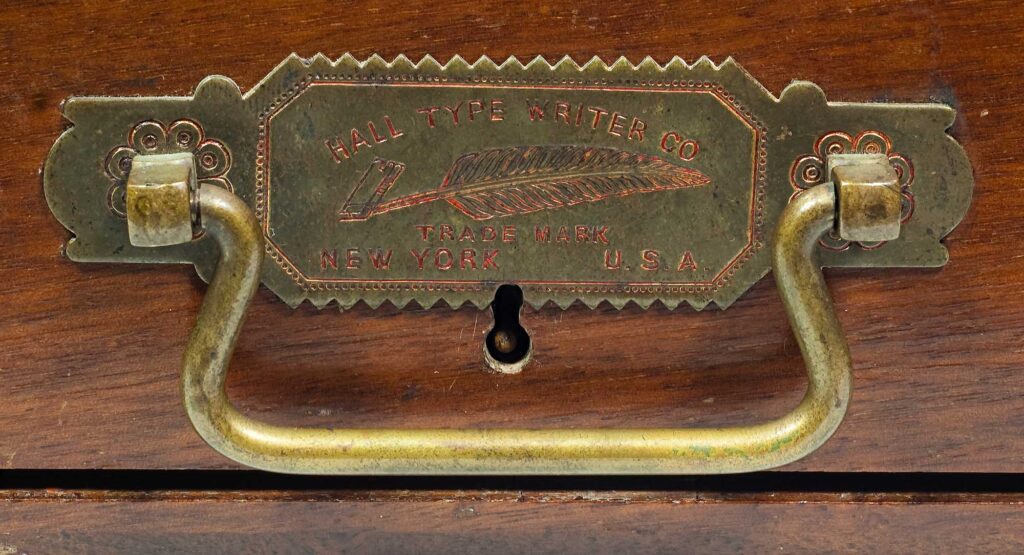 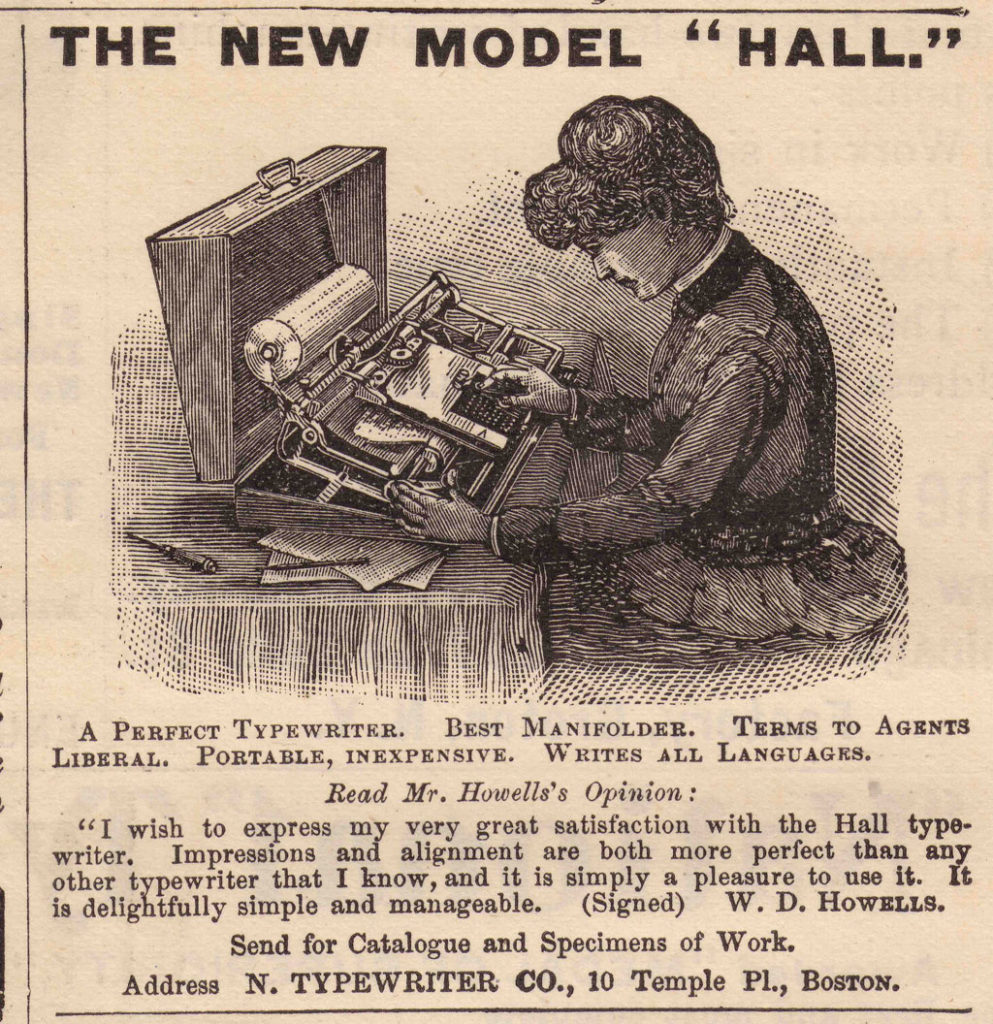 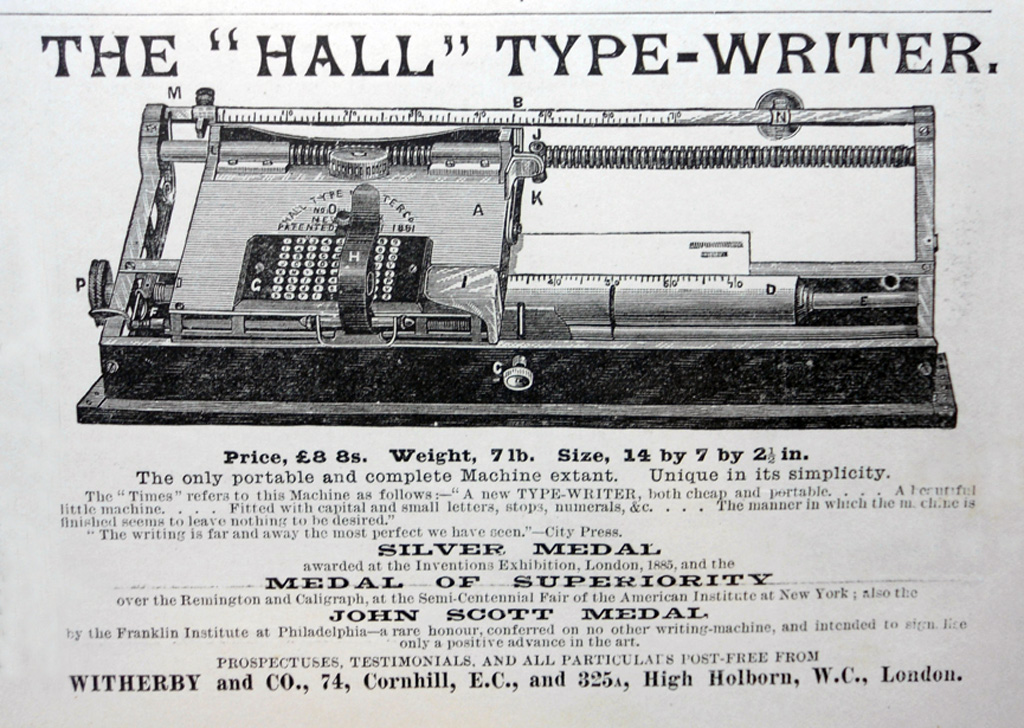 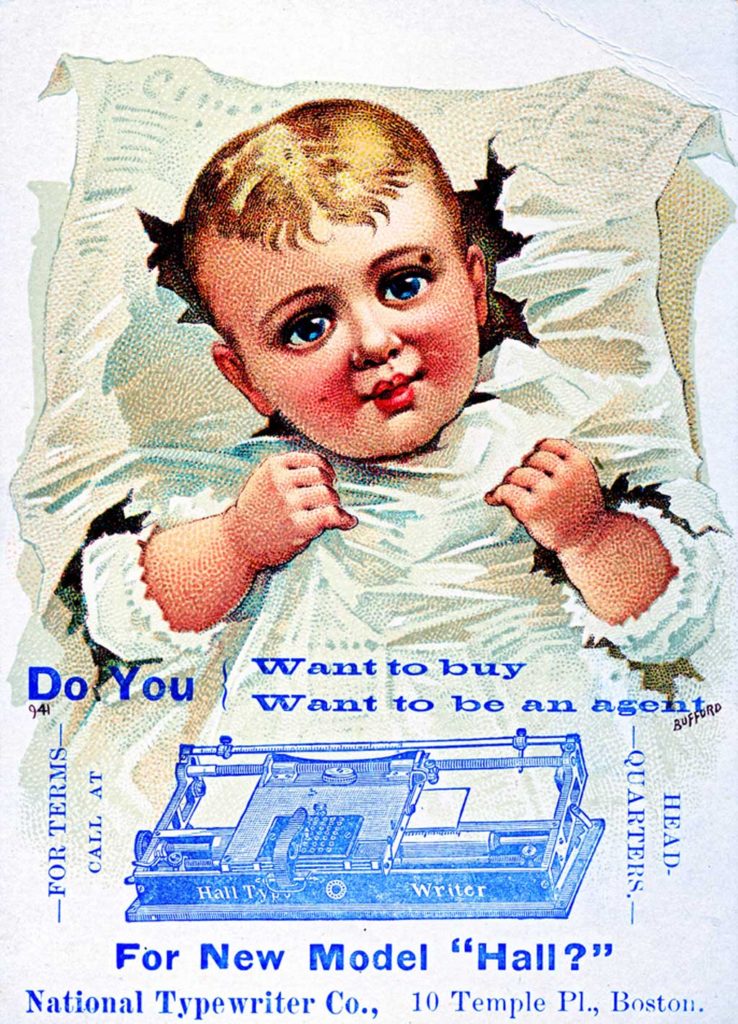 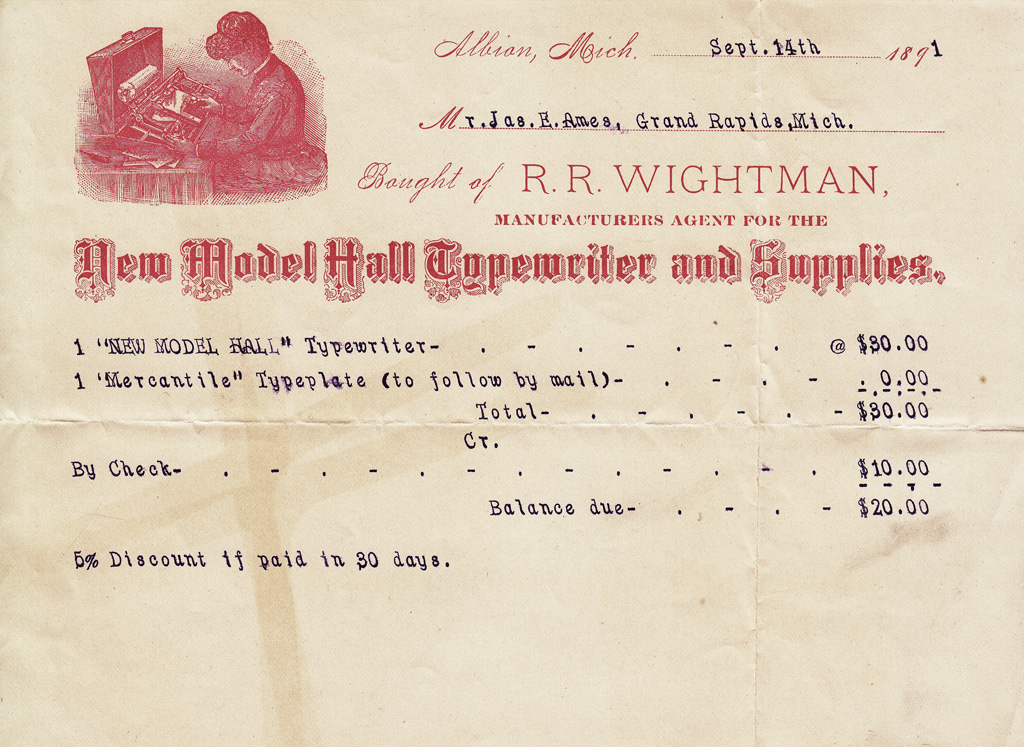 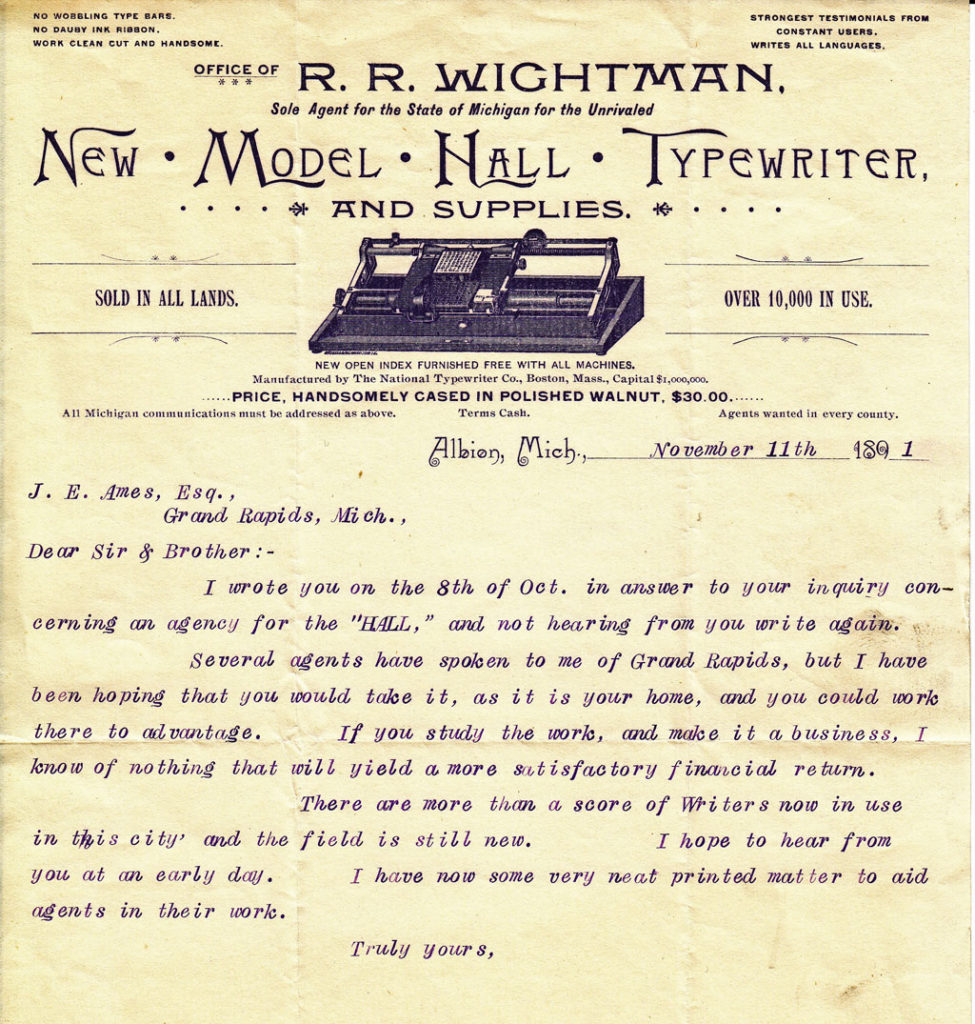 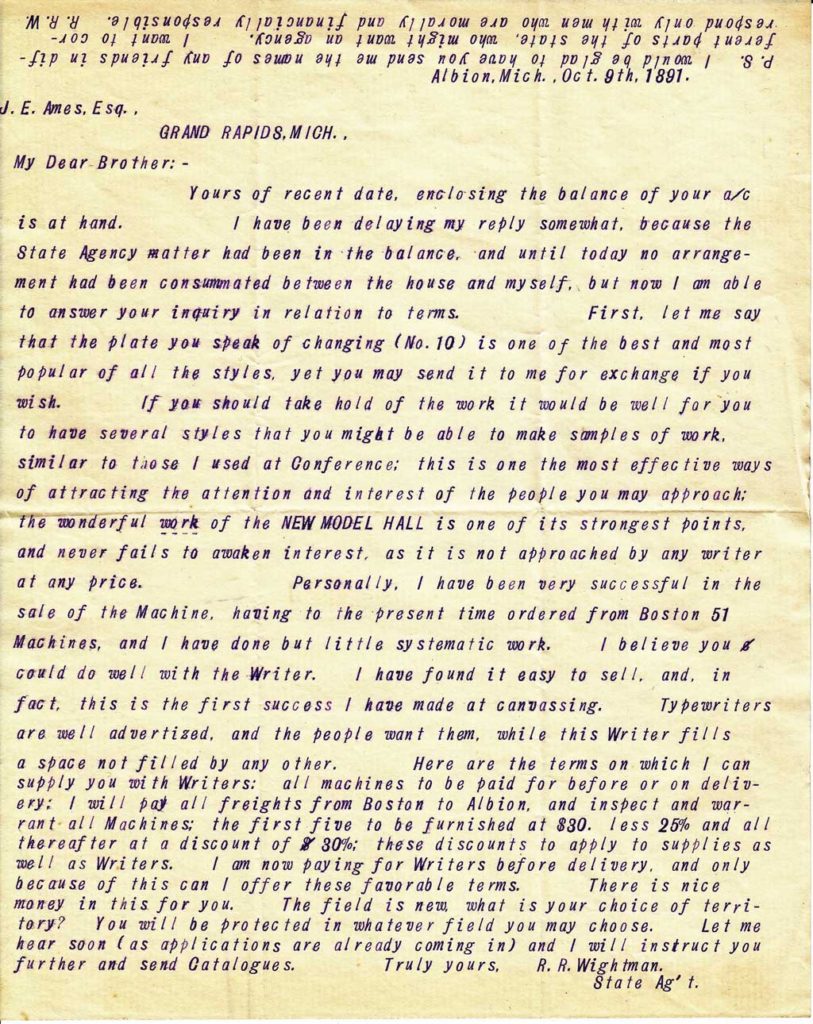