The Hall Braille-writer was invented by Frank H. Hall, superintendent of the Illinois Institution for the Education of the Blind. It was the first successful and widely used mechanical Braille-writer. Up to this time blind typists would use a stylus and writing board, with the stylus embossing Braille dots in reverse fashion onto the paper. To be read, the page is removed from the writing board and turned over. Hall’s machine would be a revelation, with its simple and practical design. The six piano like keys can be pushed in any combination to create a Braille character in one action using either one or both hands. The pins to emboss the paper come up from the underside of the paper thus printing right side up, allowing the operator to read what they wrote as it was written. Operators were able to write around 30 to 50 words a minute, a vast improvement over the stylus and writing board.

The six dot Braille alphabet soon become the international standard and spelled the end of the kleidograph Braille-Writer which used an eight dot system (seen in the collection).

In 1892, Hall had the skilled local Gunsmith and Metal worker Gustav Siebel make a prototype of his machine. Hall took Sieber’s prototype to the Munson Typewriter Company in Chicago, where superintendent T.B. Harrison and designer Samuel J. Seifried, inventor of the Munson typewriter, created six pilot models. Harrison and Seifried in seeing the great potential of this revolutionary machine, then left the Munson Typewriter Company to start their own company. They made an additional 94 machines based on the initial design for Hall. The Hall Braille-writers that followed were essentially of the same design but there were alterations to be seen, especially in the carriage construction.

This Hall Braille-writer is serial number 25, making it the earliest known example of this historically important machine and one of only three known examples from the first group of 94 made.

“Under the direction of the Superintendent, a machine for writing Braille has been constructed by which a pupil can write many times as fast as he could write with a ‘stylus and tablet’, with the further advantage of having what he has written in a convenient position to be read. With these machines the pupils solve their problems in algebra and write their letters and school exercises.”

Although the first machine was not completed till May 27, 1892, twenty-five are now in use in this institution, and about seventy-five have been contracted and sold to other institutions and to blind people. Fourteen are in use in the Boston school, nine in St. Louis, twelve in Philadelphia, six in Alabama, two in California, five have been shipped to England, and the remainder to private individuals in different parts of the United States.

A machine has also been constructed, The Hall Stereotype-maker, (see illustration below) by means of which work can be written on copper plates. These plates can be used as stereotypes for printing with an ordinary press. Thousands of copies can be printed from each plate.”

Another rare period account can be seen below from the Missouri School for the Blind.

It is heart warming to note that Hall’s motivation was not to get rich but was to improve the ability of blind people to write. Hall did not protect his invention by applying for a patent and it was not priced to make a profit at $10 to manufacture and with a selling price of $11. 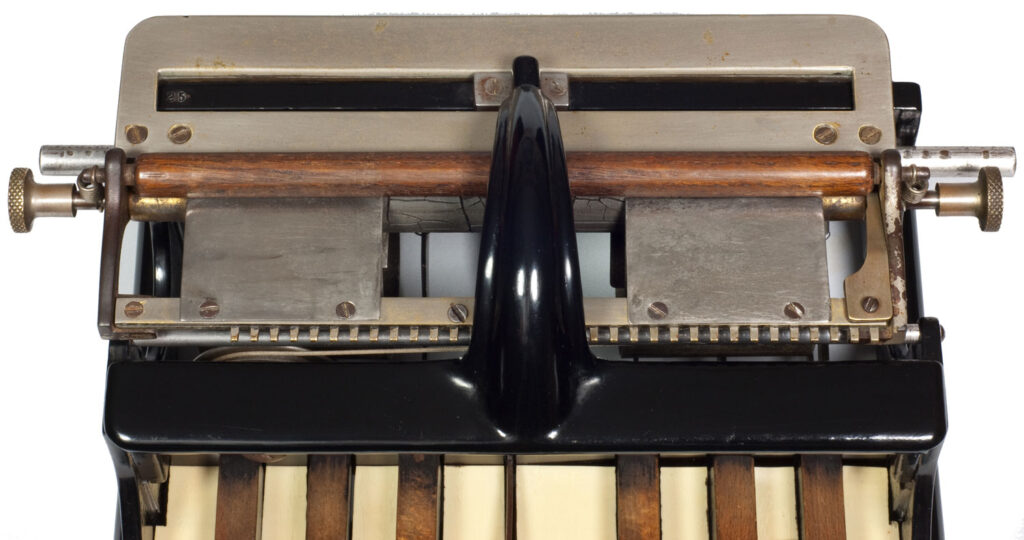 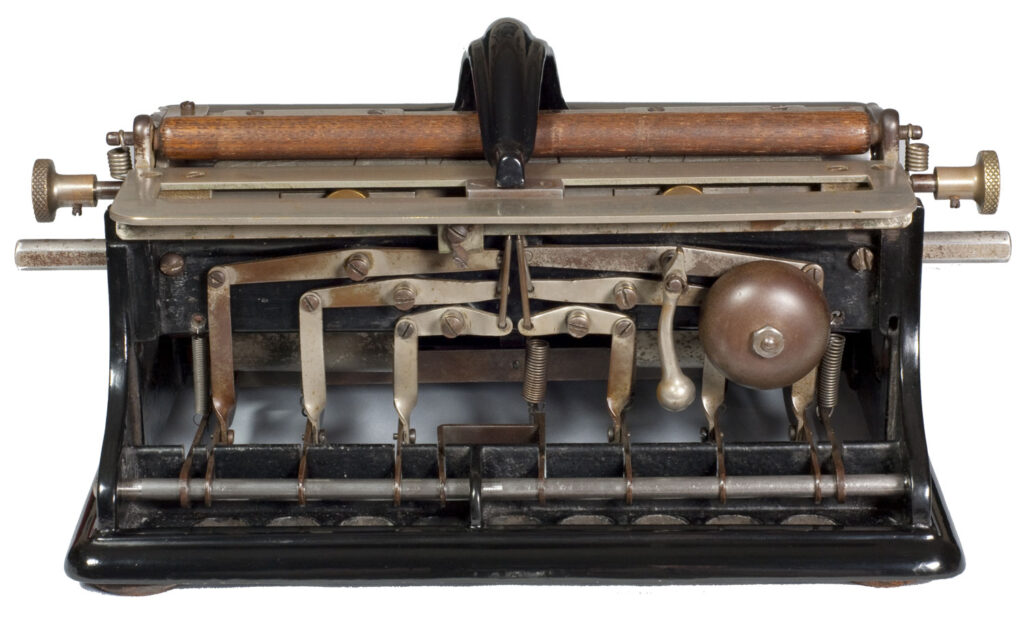 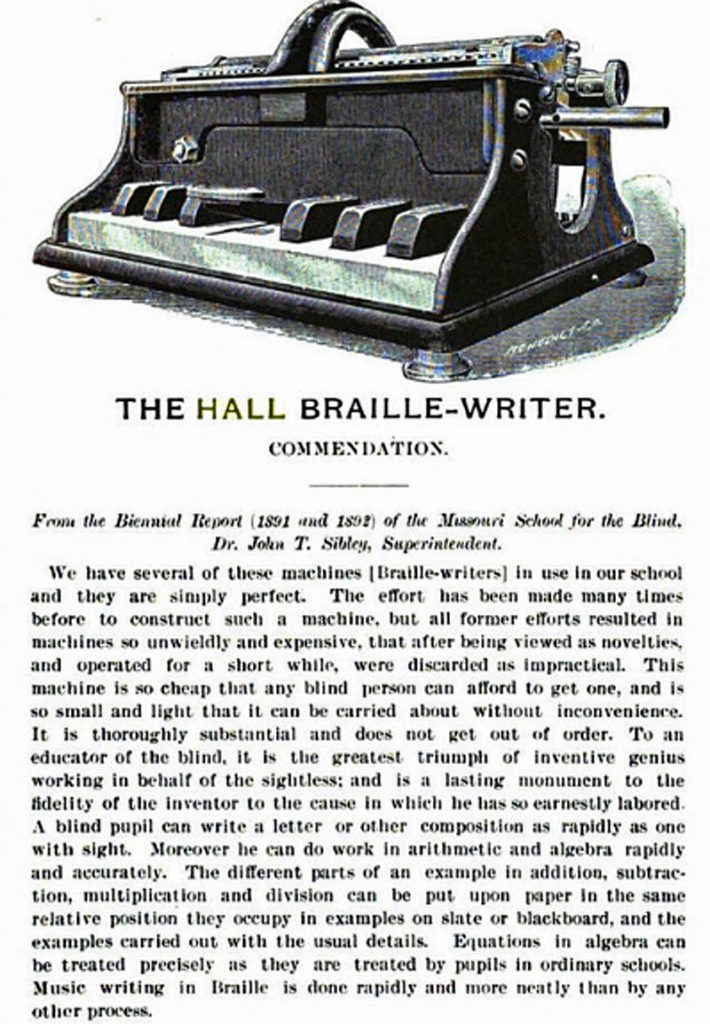 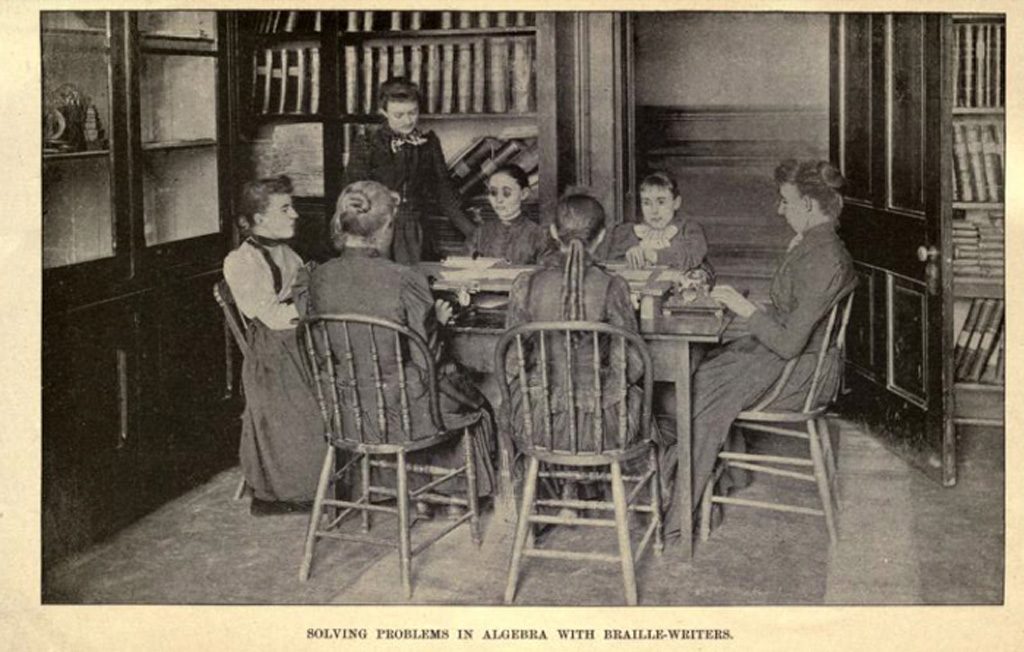 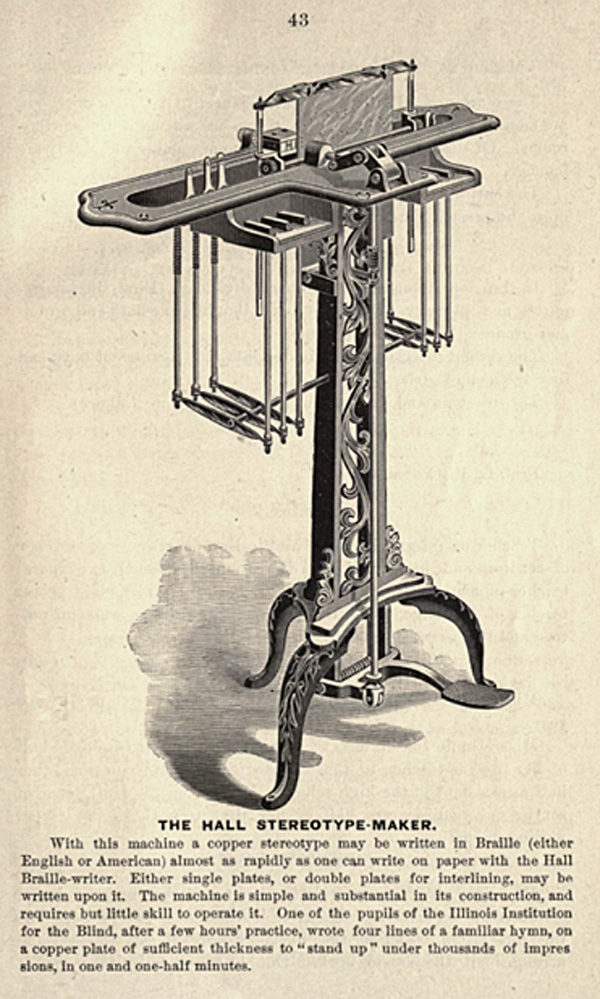