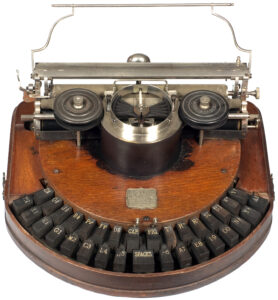 James B. Hammond (1839 – 1913) was an American journalist, inventor, entrepreneur, and philanthropist. It is his typewriter though, that he is largely associated with today.

Hammond was one of the great typewriter pioneers, beginning work on his masterpiece in the late 1870s, which was patented in 1880 and was manufactured in 1885.

The Hammond typewriter has a brilliant mechanical design and a stunning look, encased in mahogany (was also available in oak and cherry) with ebony keys. One might well imagine that with the name Hammond and with ebony piano like keys, that there would be a connection with the Hammond Organ Company but there is none.

Instead of using type bars, a split type-shuttle with hardened rubber characters (see detail below) rotates each way into position as the keys are pushed. Then a spring-loaded hammer swings from behind the carriage, striking the paper and ribbon against the type-shuttle to print. The constant force of the hammer gives an even impression to each character typed, regardless of how soft or hard the keys are pushed.

The type-shuttle is readily interchangeable, allowing for different fonts and languages. There were hundreds of choices available. “For every nation, for every tongue” was the slogan Hammond used to convey this versatility. One drawback in the design of the Hammond is in the extra effort required to load a new sheet of paper into the carriage. As the striking hammer is positioned behind the platen and obstructs the normal paper exit, paper is loaded into a cylindrical holder under the platen before typing. Then the paper is fed out line-by-line as one advances the page.

The Hammond sold for $100, a common price for a full sized keyboard typewriter of the day but still a lot of money as a cast iron coal burning furnace could be bought for $50.

Seen below is a wonderful photo of James Hammond aged 22 in 1861, when he graduated from the University of Vermont. He displays such an air of confidence and power, just the disposition needed to lead the remarkable life he had.

The intriguing table apperatus shown below (1890 Scientific American), allows one to operate the shift and space keys with ones knees and the carriage return with ones foot.

“The type-wheel has at last been reduced to entire submission. It performs its oscillations with incredible velocity and precision in response to the touch of the operator.” 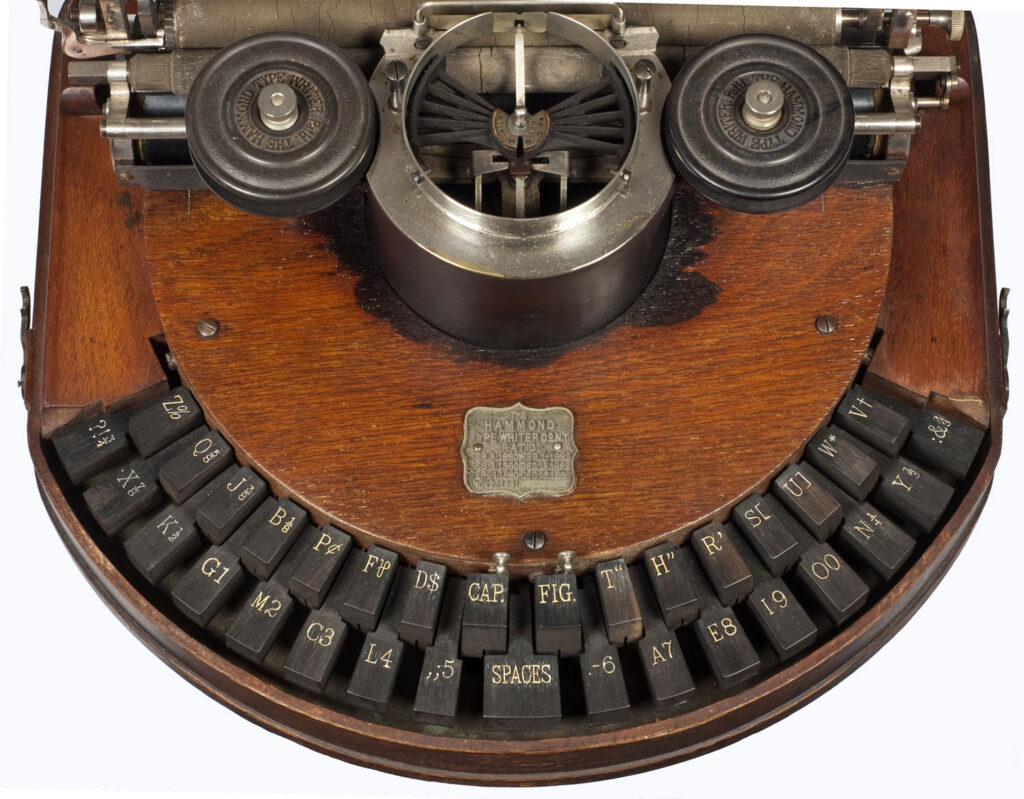 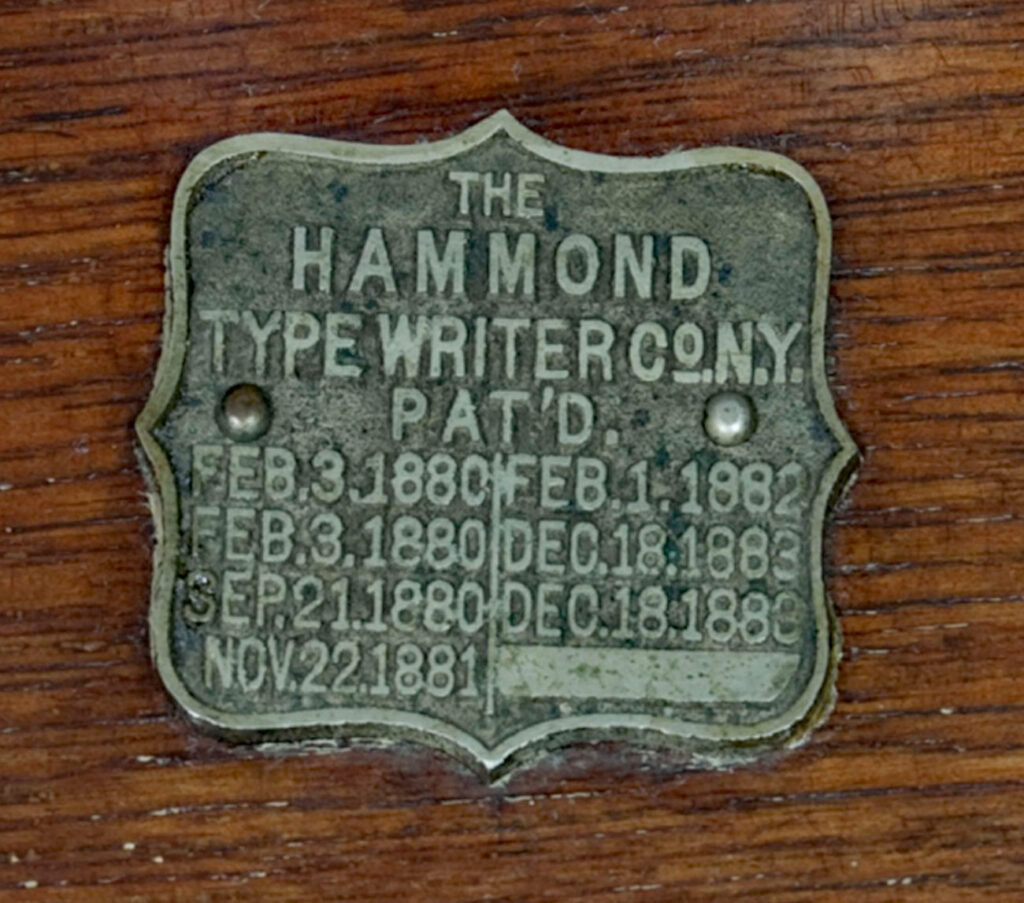 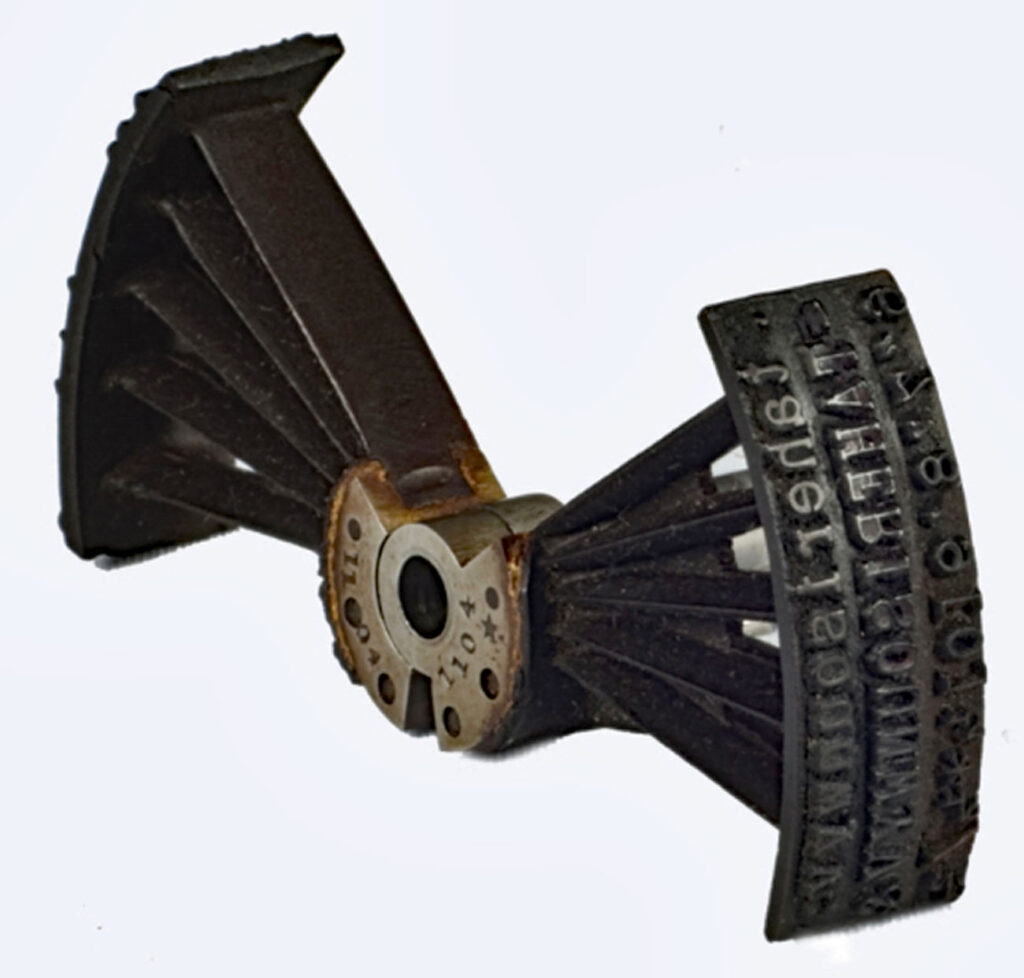 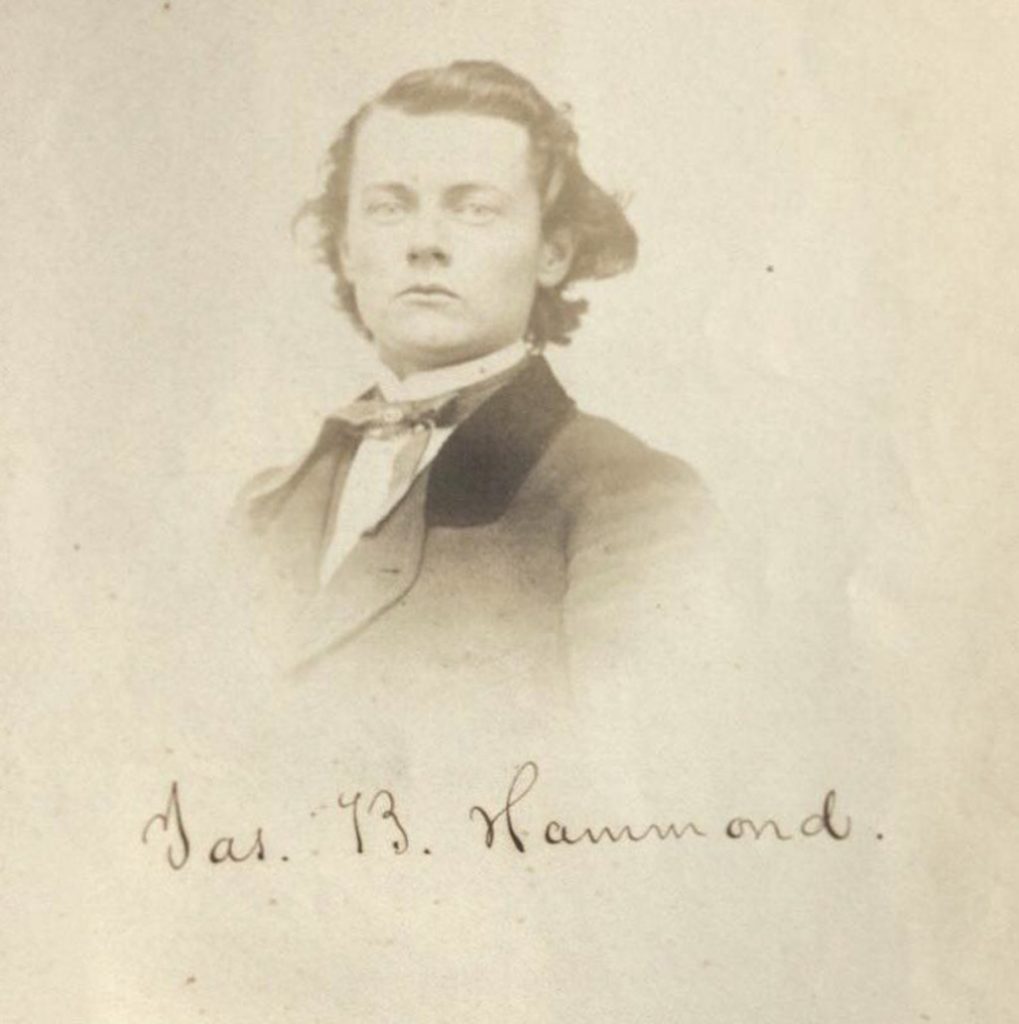 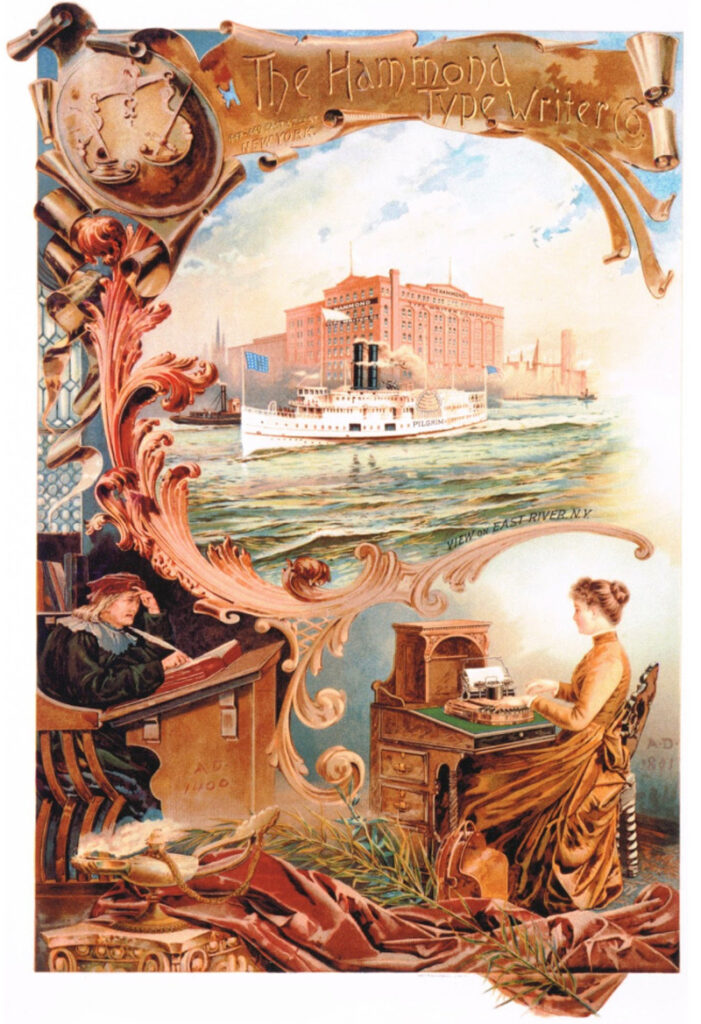 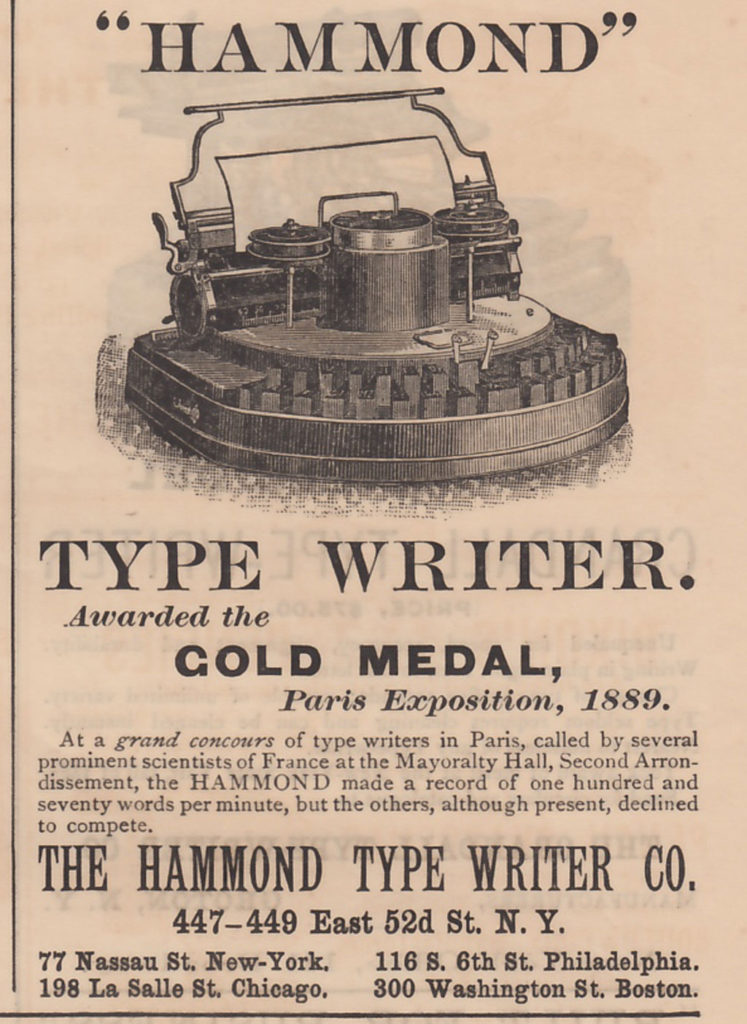 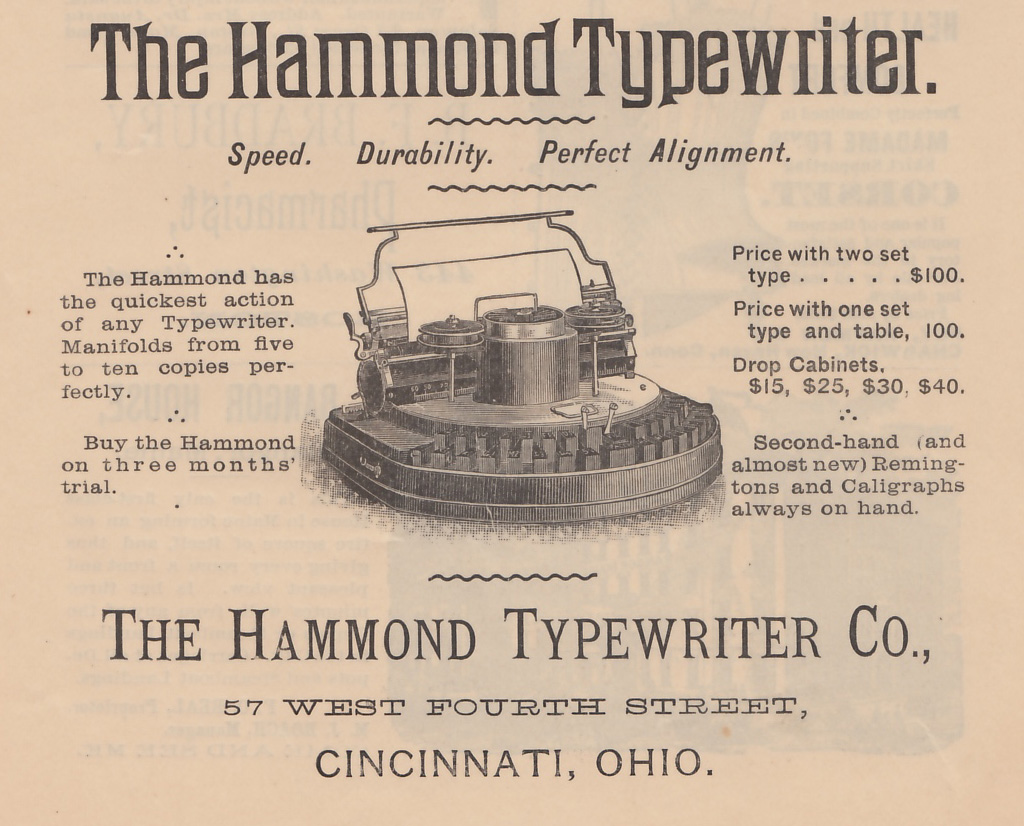 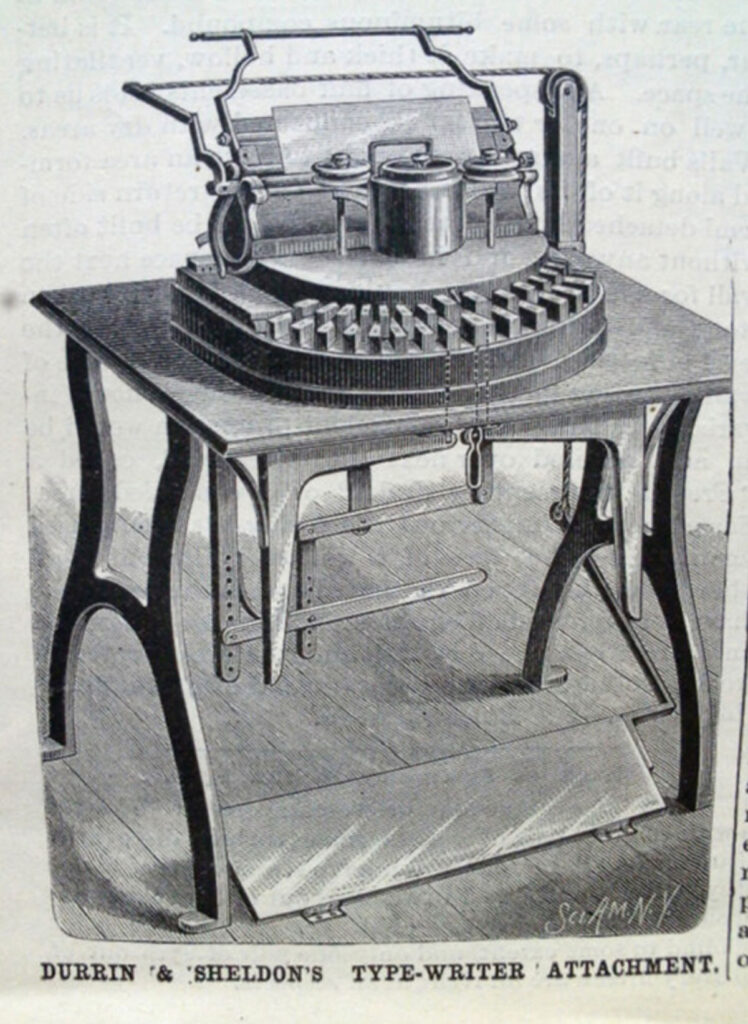 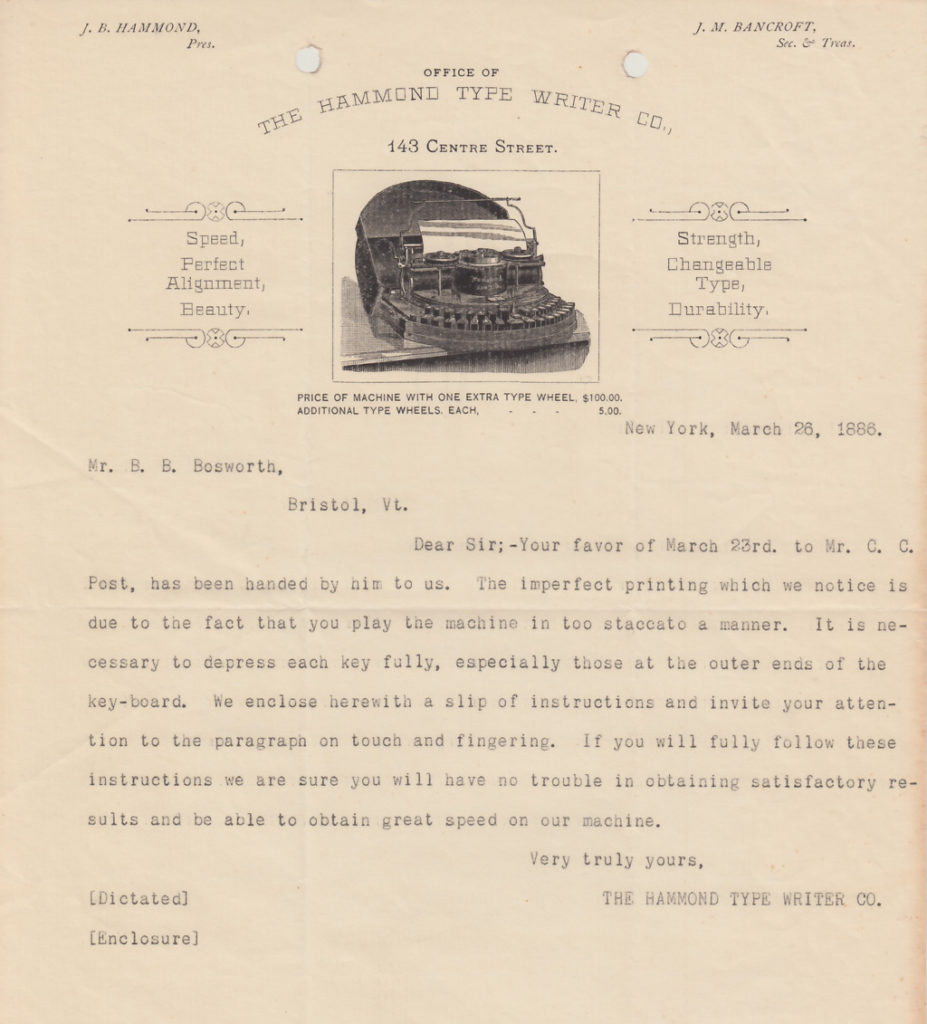 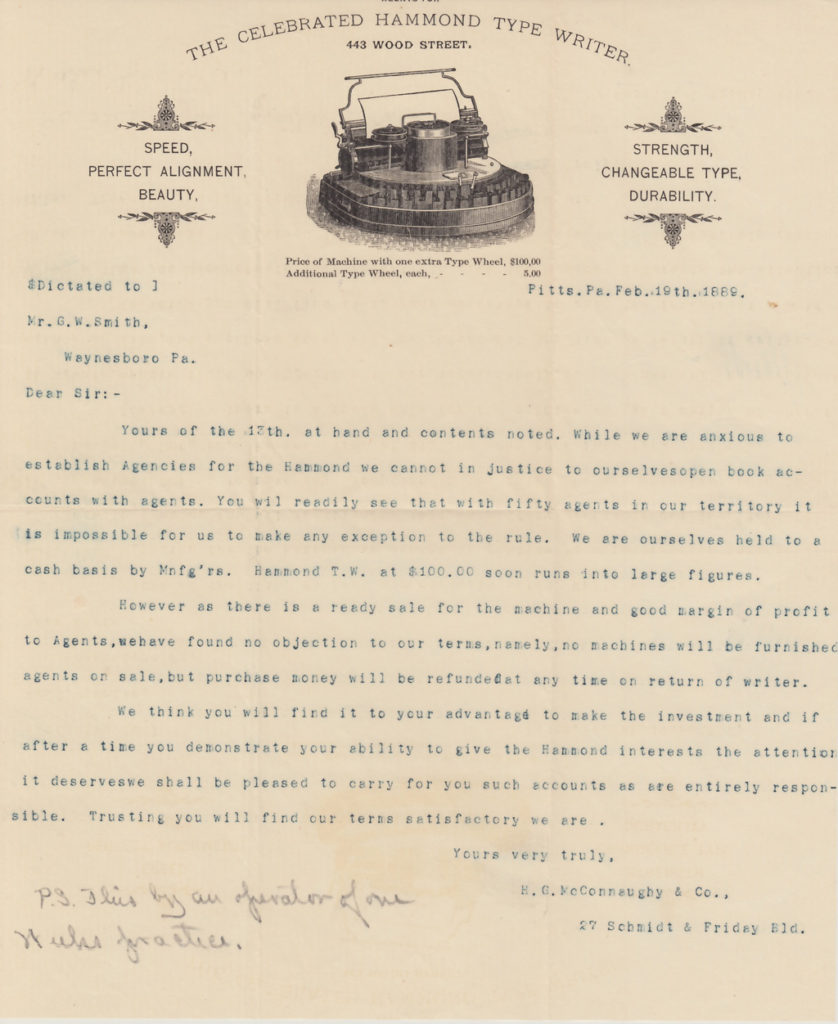 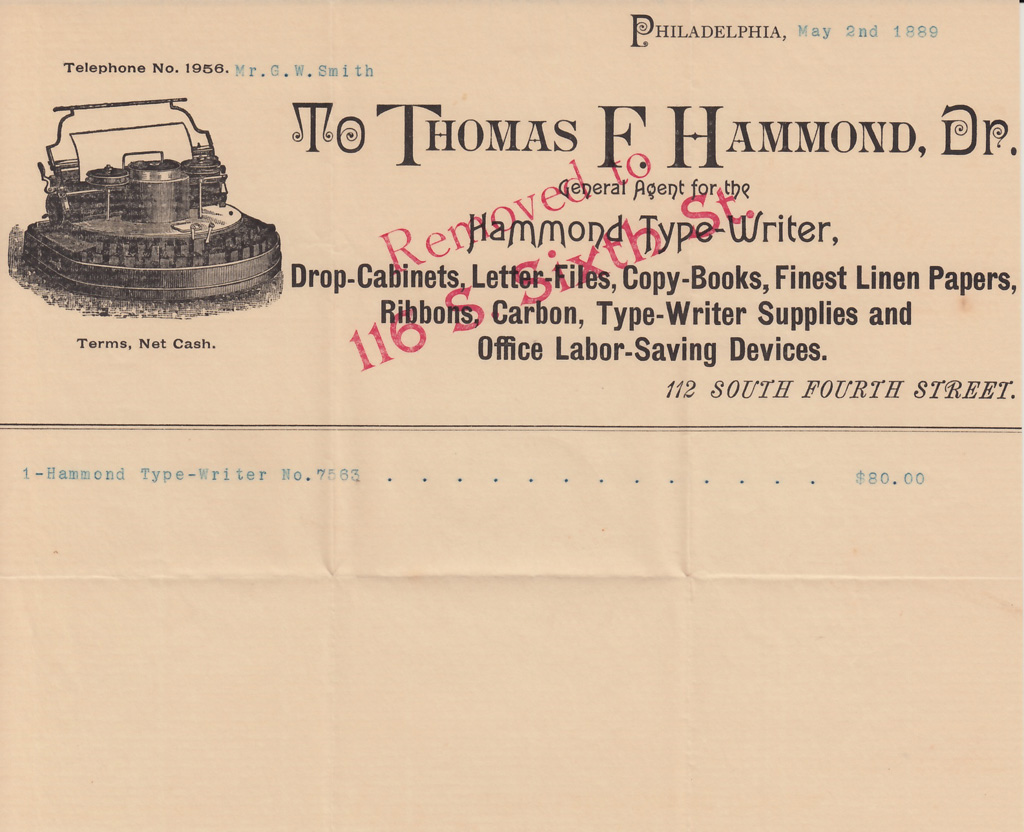 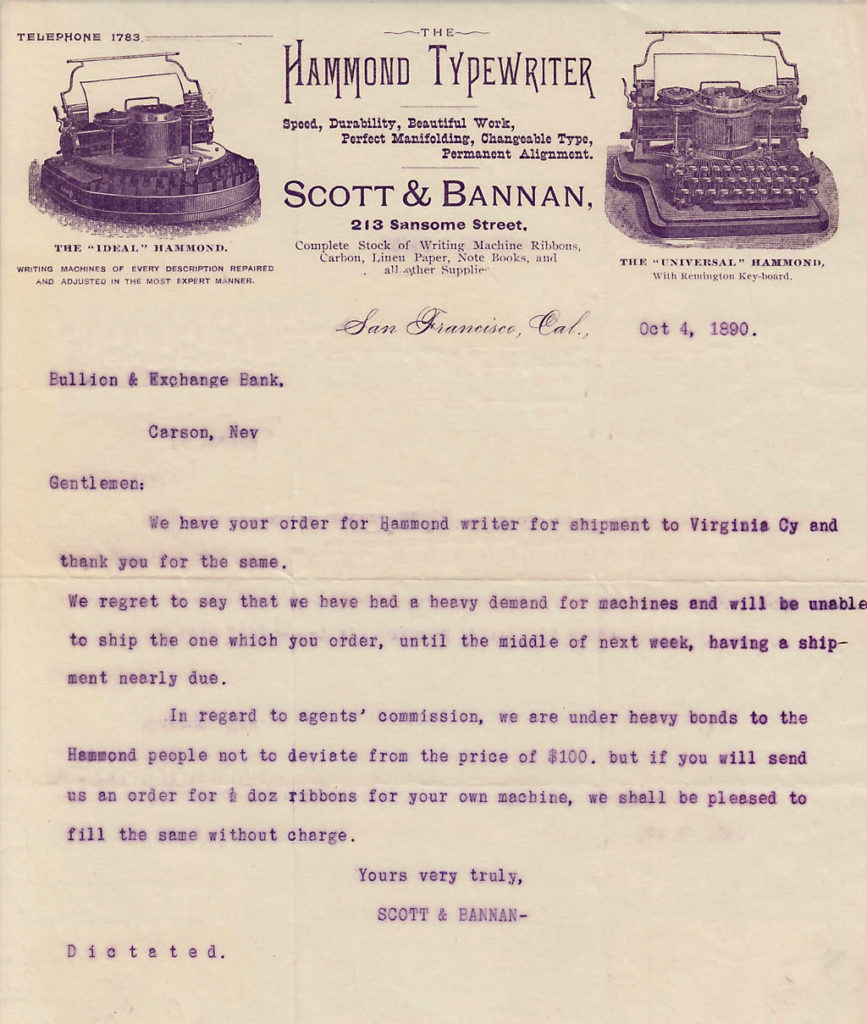