Another great and successful design by Parker Wellington Kidder, who had previously designed the Franklin (seen in this collection).

The type bars on the Empire are spread out like a fan (see detail below) and thrust straight to the platen, to converge at a single point, when typing. With a double shift, each key gives three functions, uppercase, lowercase and a figure.

The Empire was a wonderful typewriter, great to type on, very reliable and not too large or heavy. It sold very well, with many surviving examples.

It was manufactured by The Williams Manufacturing Co., which made sewing machines and typewriters in two factories, one in Montreal, Canada and the other in Plattsburgh, New York. In America it was called the Wellington typewriter. The Montreal factory is still standing and is now a fine condominium residence. The detail images below, show the close up of the Montreal factory as it appeared on their letterhead in 1899 and how it appears today.

It is quite unusual to see white keys on this typewriter, they are normally black.

“The Empire is built to withstand hard use and merciless abuse.”

“You may strike the Empire keyboard with your clinched fist, forcing down a dozen keys at once, without damage to the machine.” 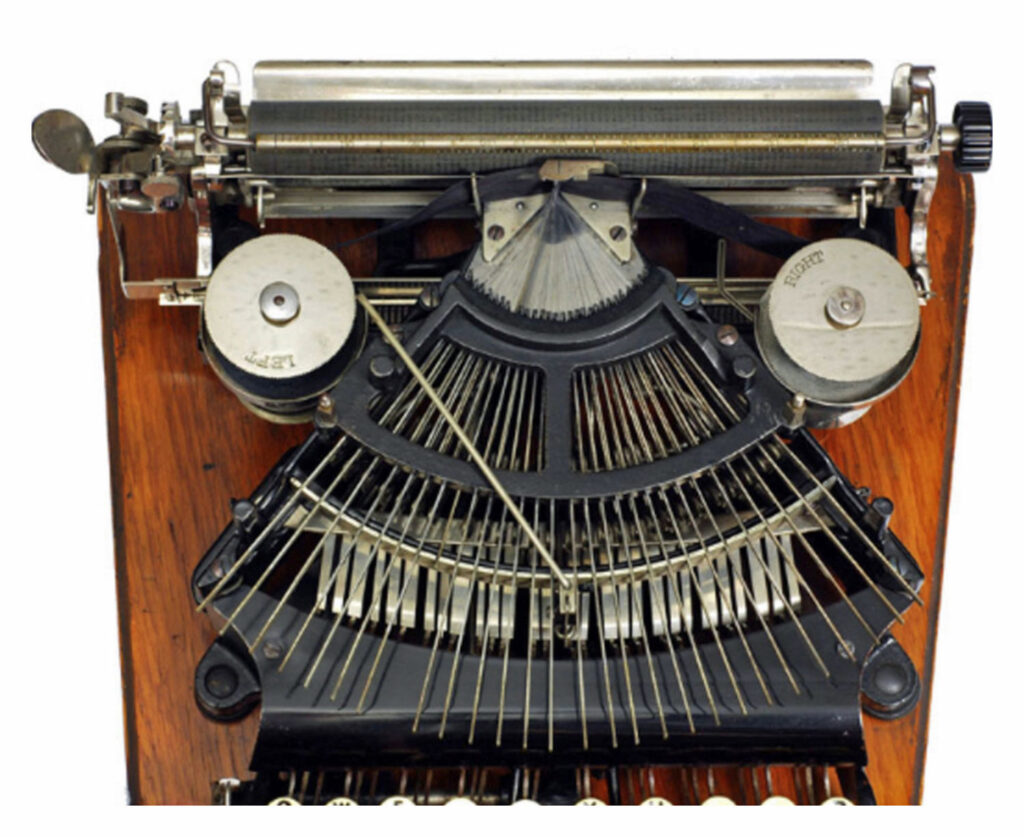 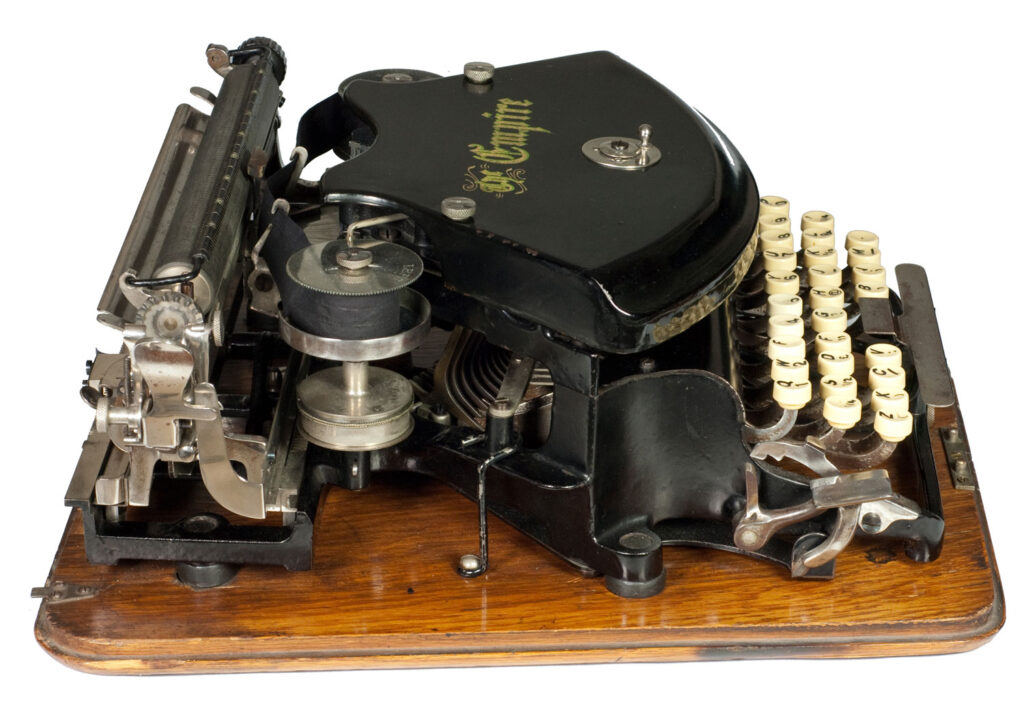 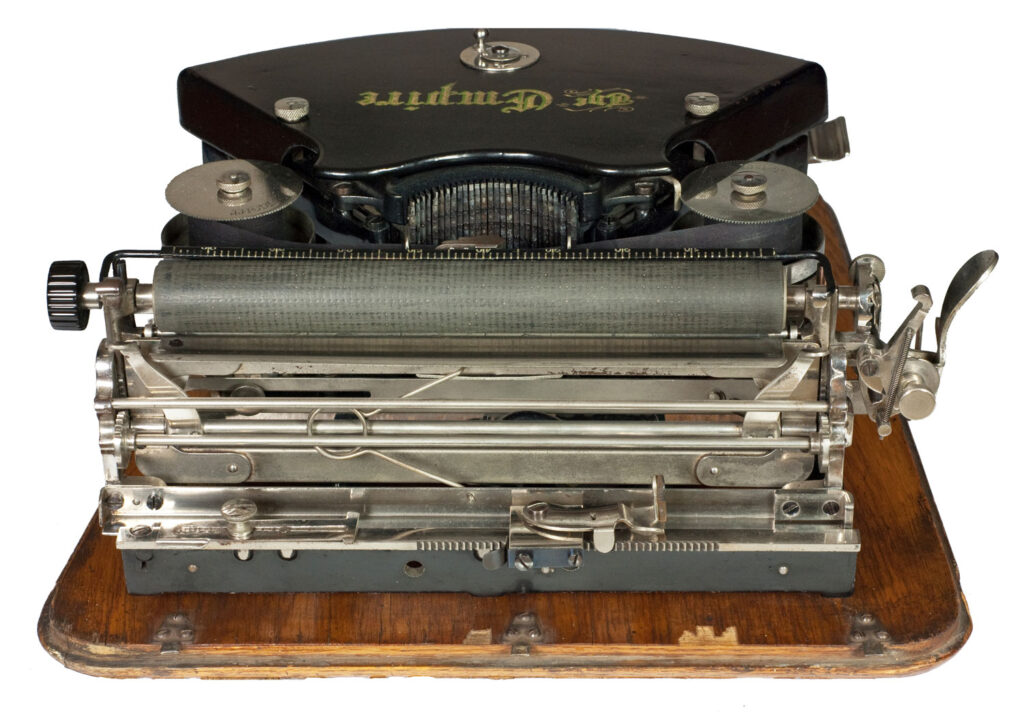 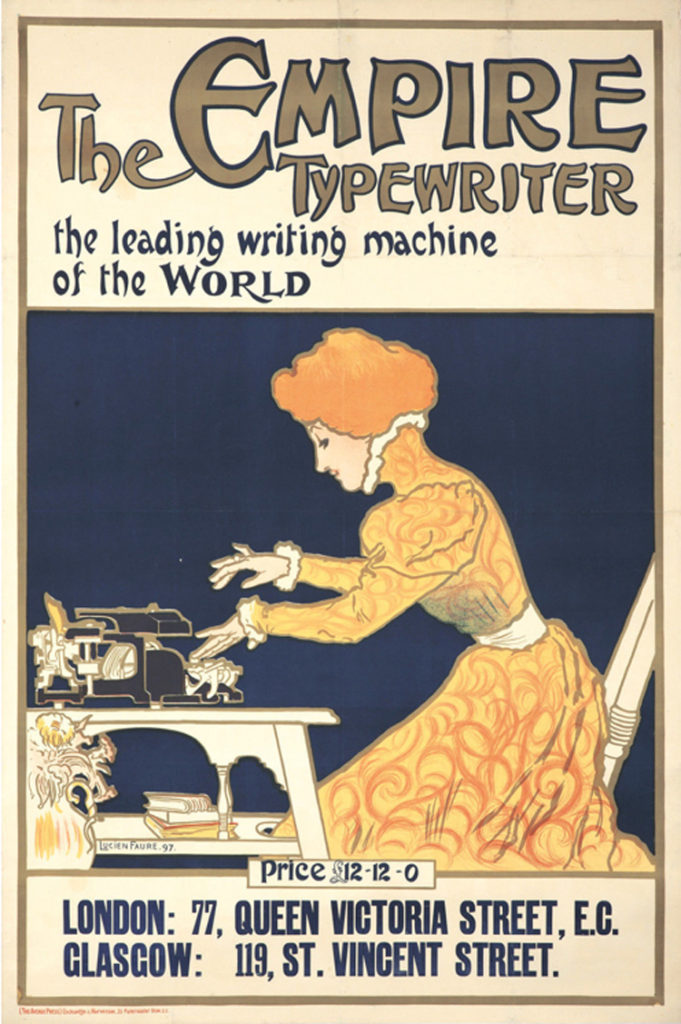 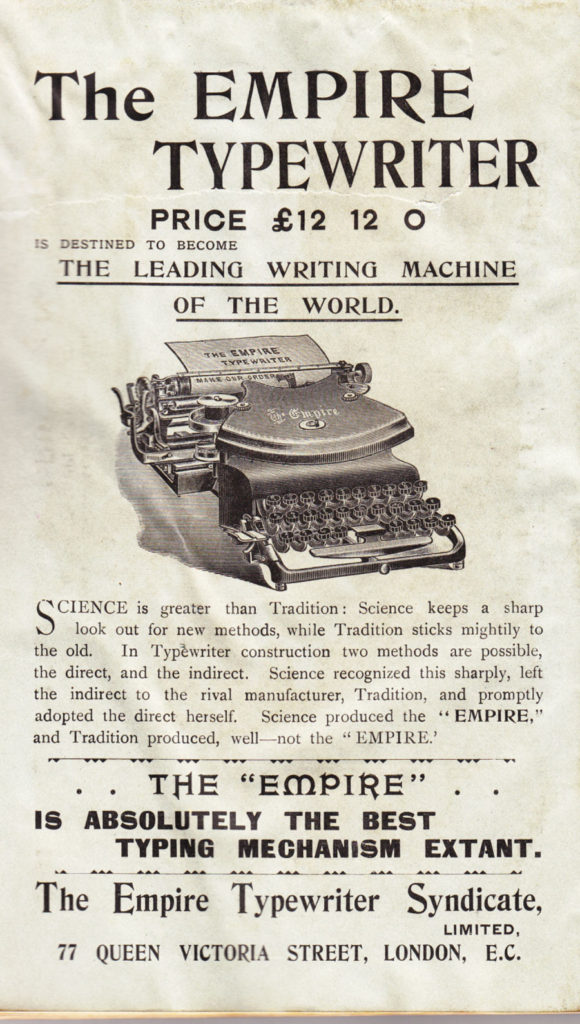 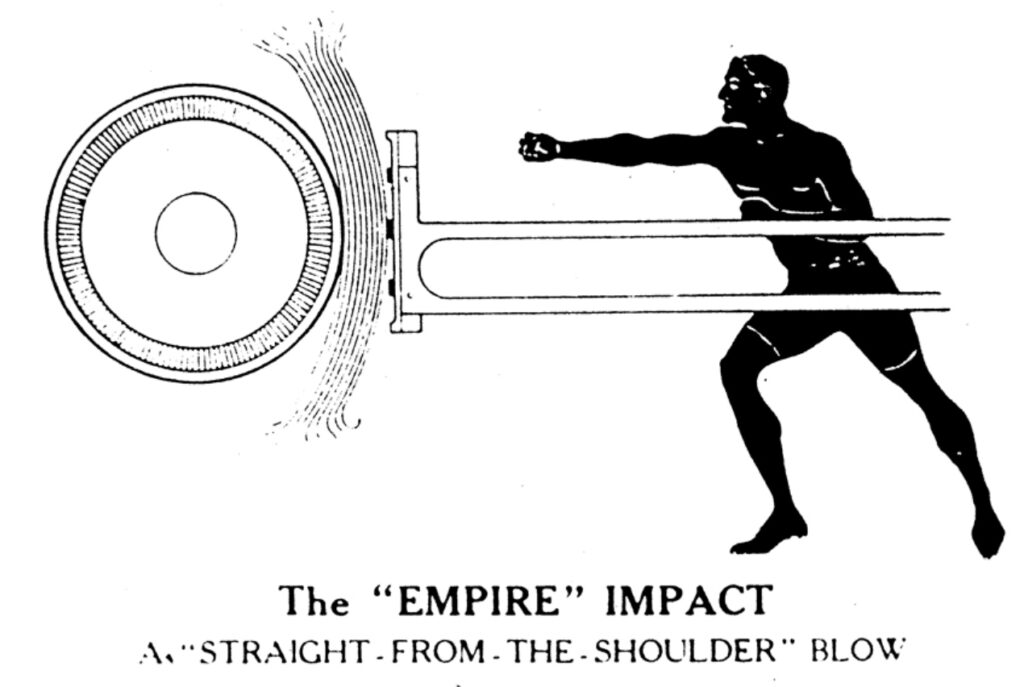 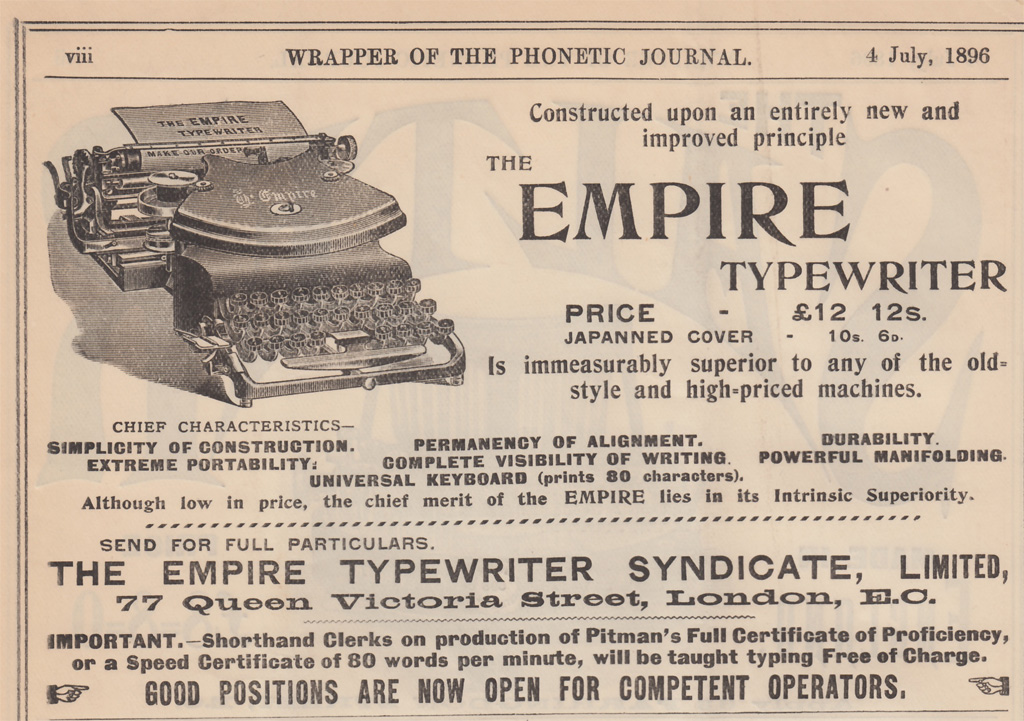 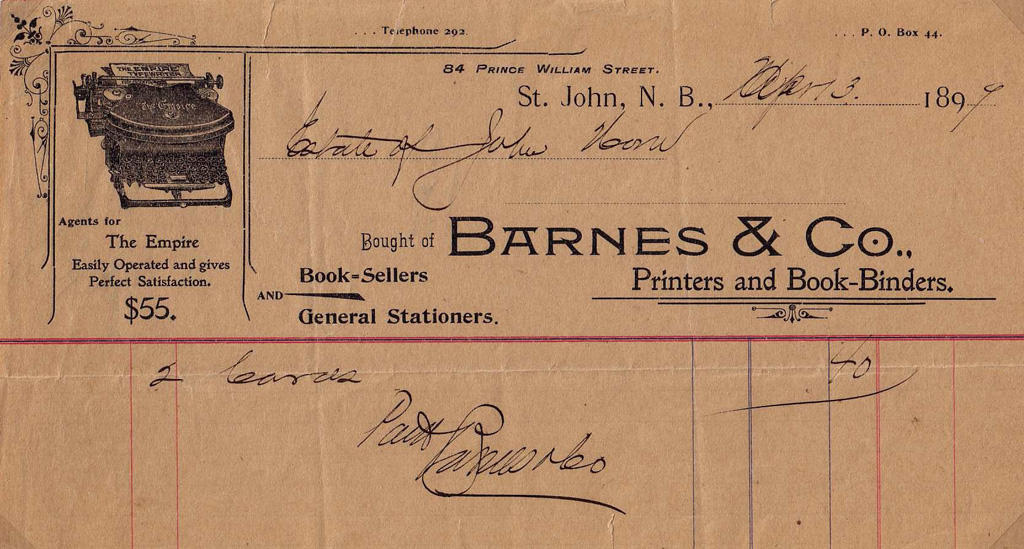 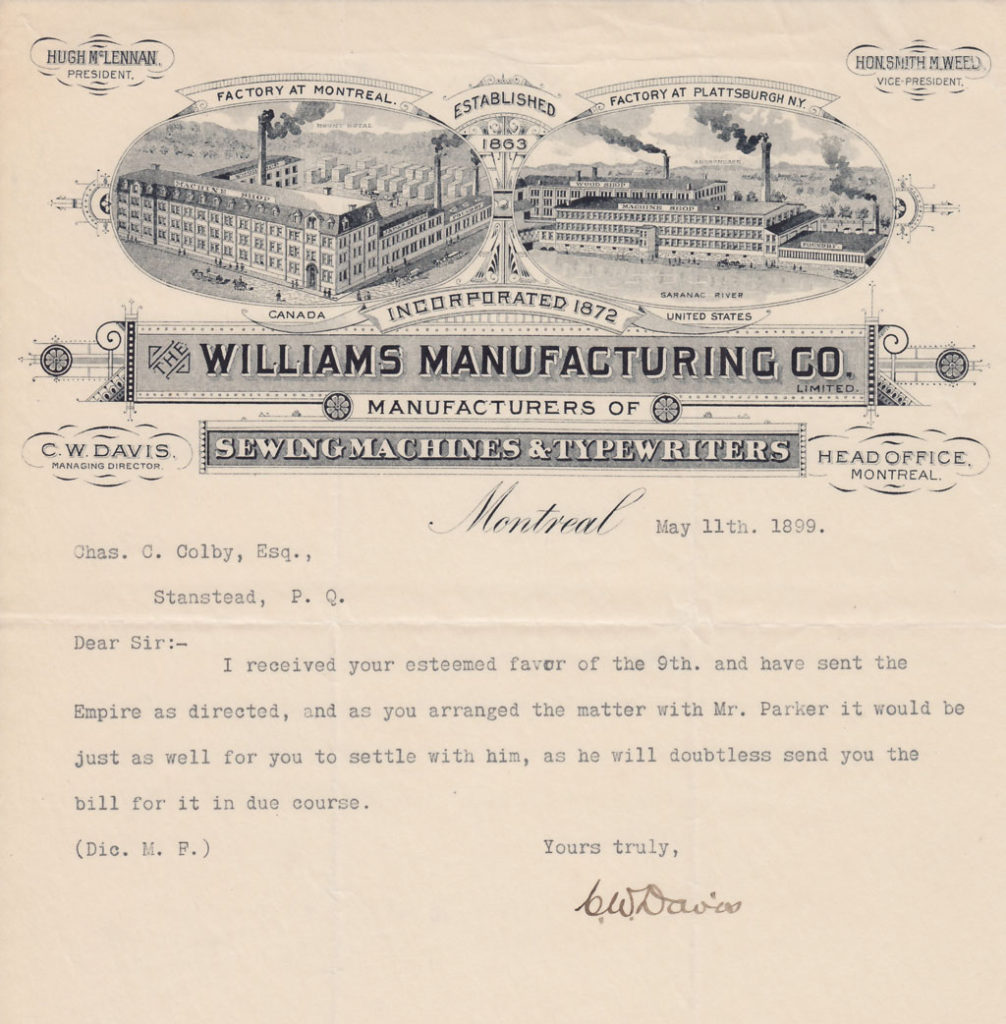 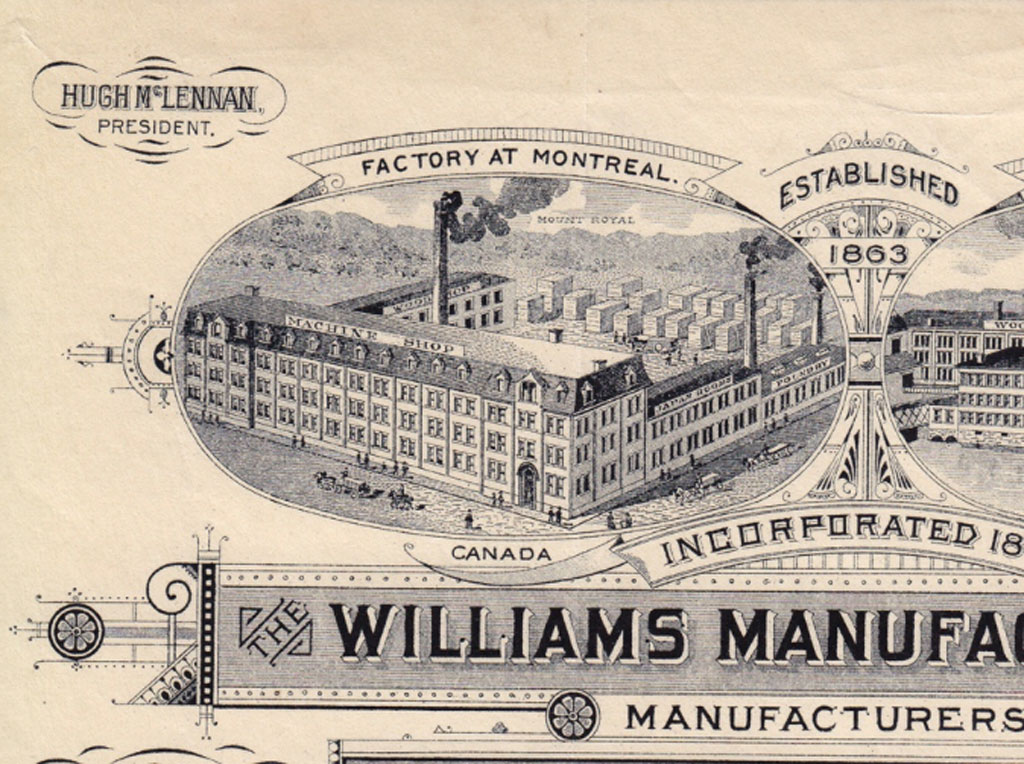 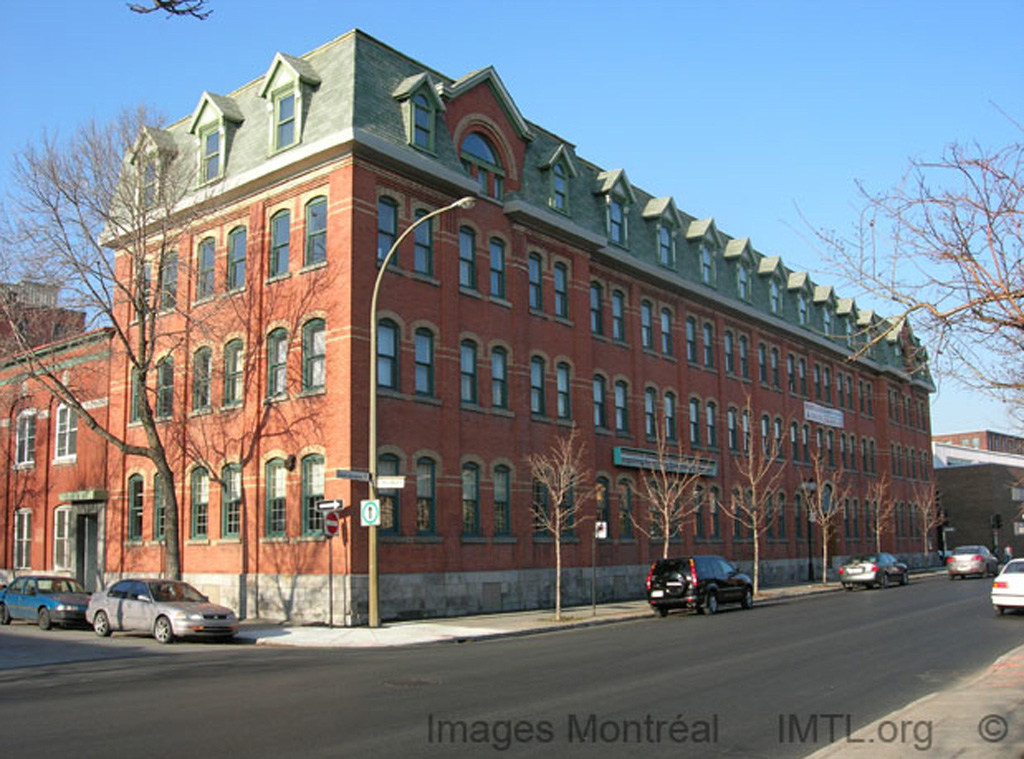