The Rapid would mark its place in history as the first typewriter to use thrust action type bars, a departure from the standard swinging type bars and single type elements  seen on the contemporary typewriters. This thrust action design would be used by one of the great typewriter pioneers, Wellington Parker Kidder, just four years later to create one of the most successful typewriters of its time, the Wellington and, soon after, the Empire  in Canada, then the Adler in Europe and, still later the Noiseless. The motivation for Granville’s lateral thrust design was to make a typewriter with permanent printing alignment. Two illustrations below, from a rare Rapid manual (courtesy of the Peter Weil Archive), clearly show how the type bars are arranged for their lateral strike movement and alignment.

The Rapid was first made in Findlay Ohio in 1888 but a fire destroyed the factory that very year. Seen below is a remarkable letter from Granville himself mentioning the fire (courtesy of the Peter Weil Archive). A new factory was built in Dayton Ohio and Rapids were once again being made in 1890. The fortunes of the Rapid Typewriter Company would not fare much better in the new location as they went into receivership and went bankrupt in 1891.

The Rapid was also ingenious in having the remarkable ability for the typist to have entire control of the carriage by manipulation of the keys alone. The two keys that achieve this are positioned at the top of the keyboard (seen in the detail image below). They are a ‘Lift’ key that advances the paper on the platen to the next line and a ‘Return’ key that causes the carriage to automatically swing back to the right, ready for one to type the new line. So an entire page would be typed without one’s hands leaving the keyboard.

Despite having winning design components this remarkable typewriter, in typing in only uppercase, would rapidly disappear from the market but would not be forgotten. 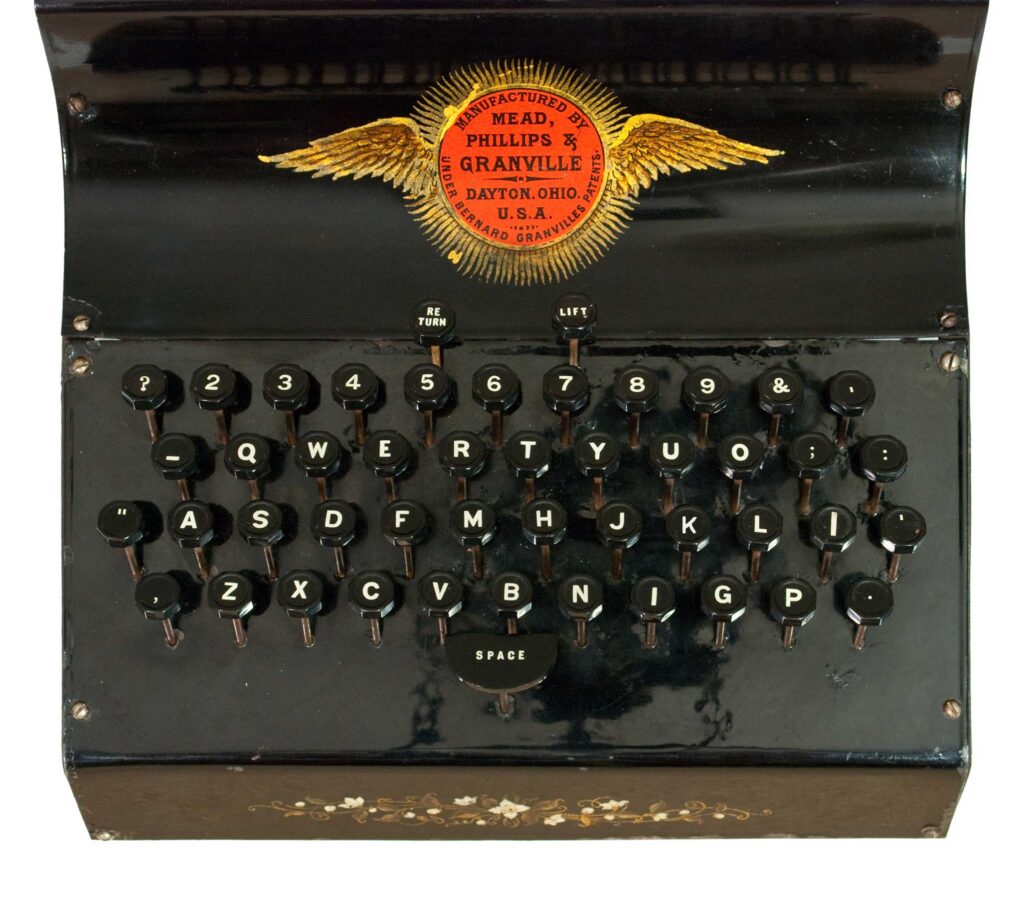 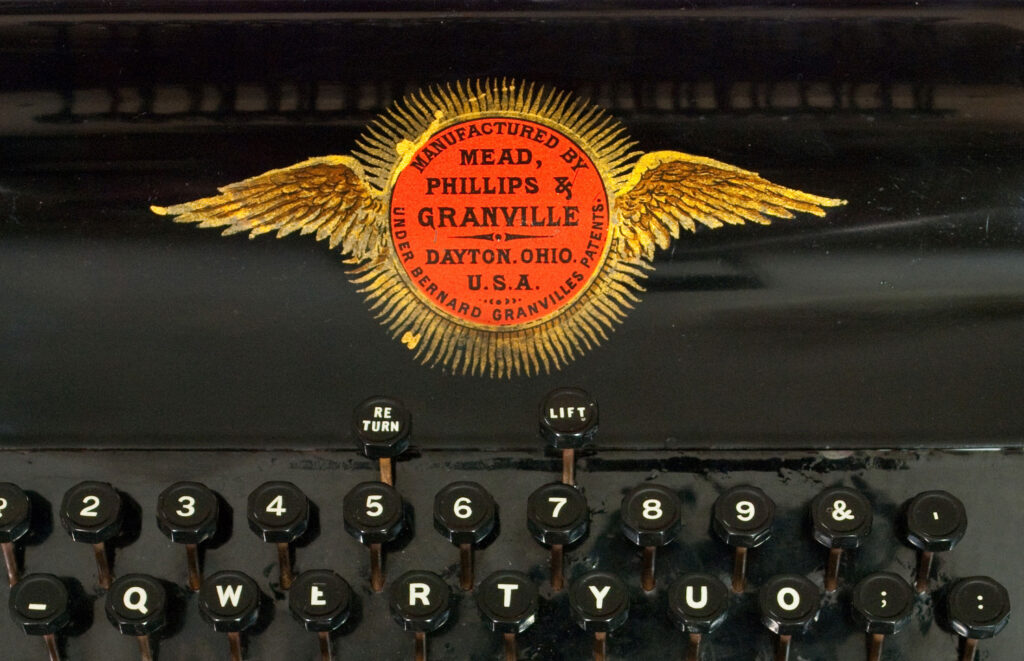 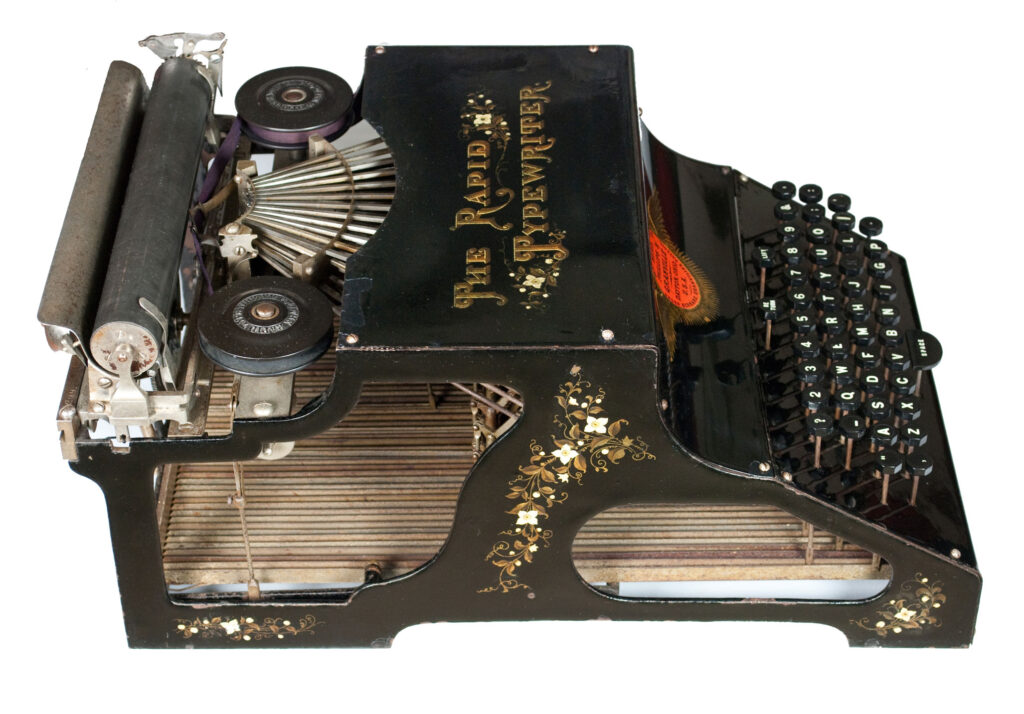 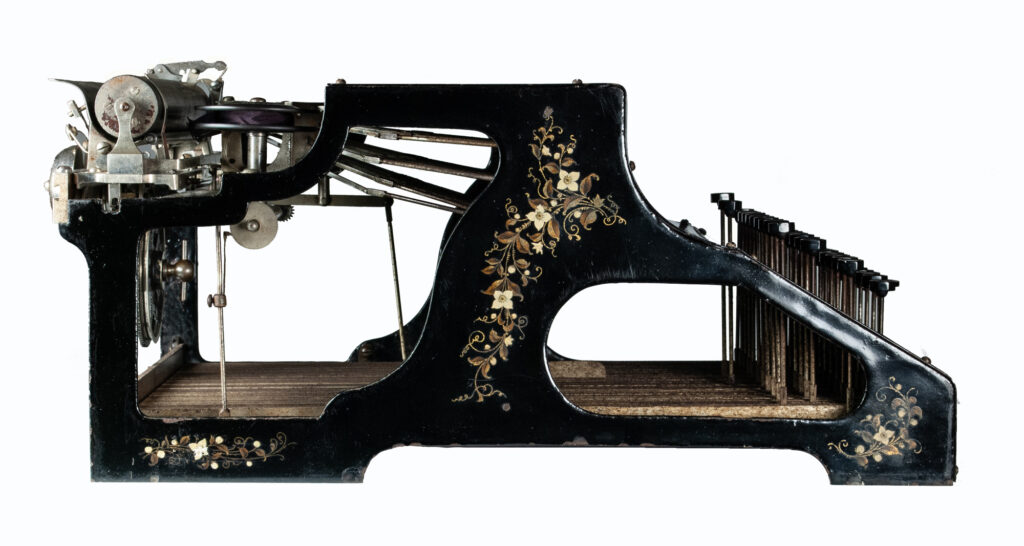 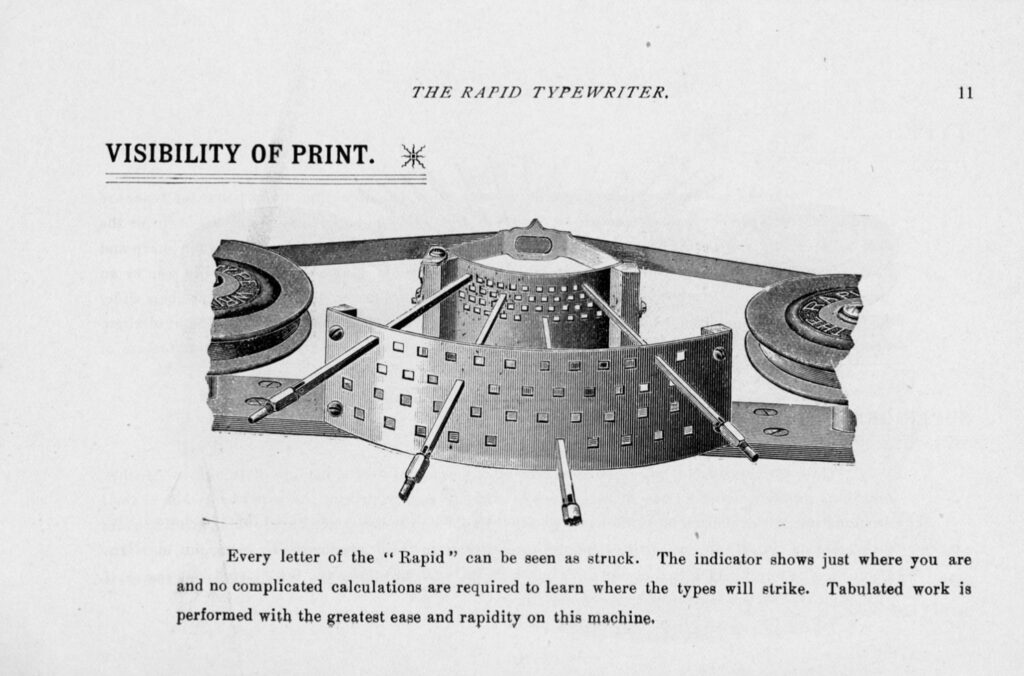 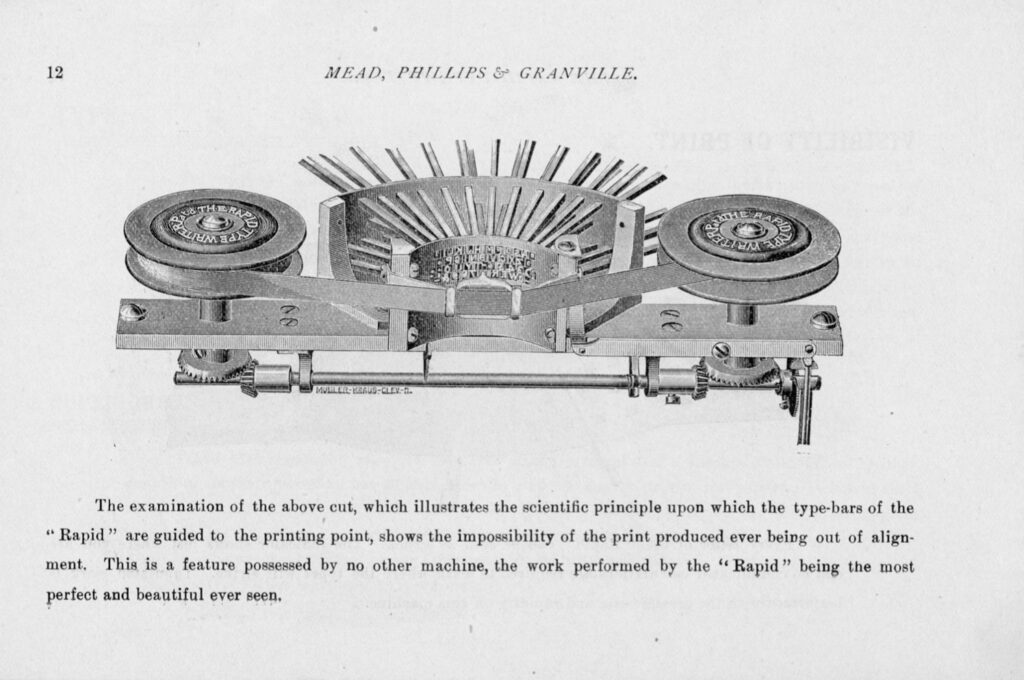 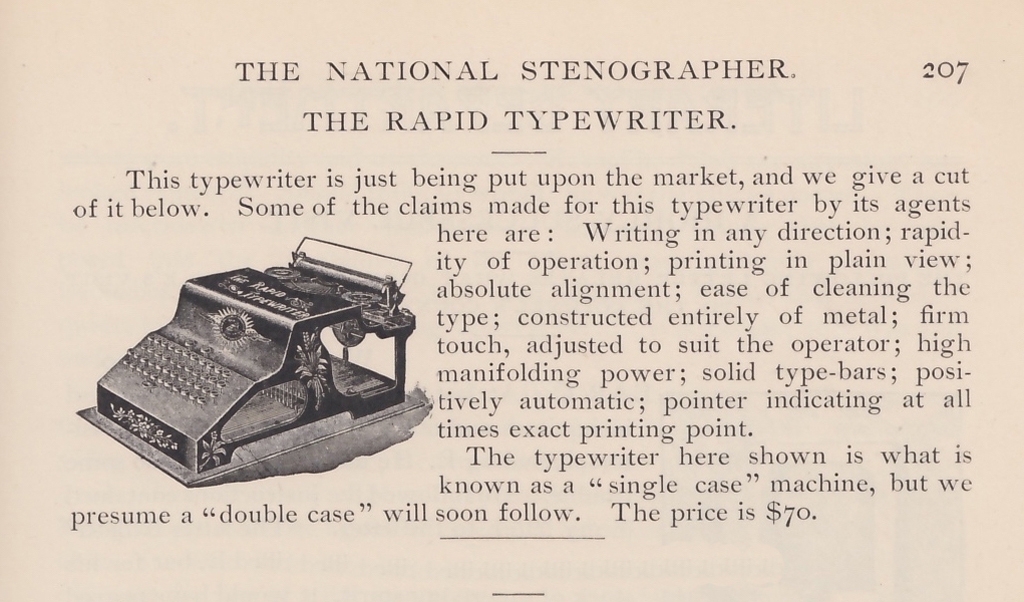 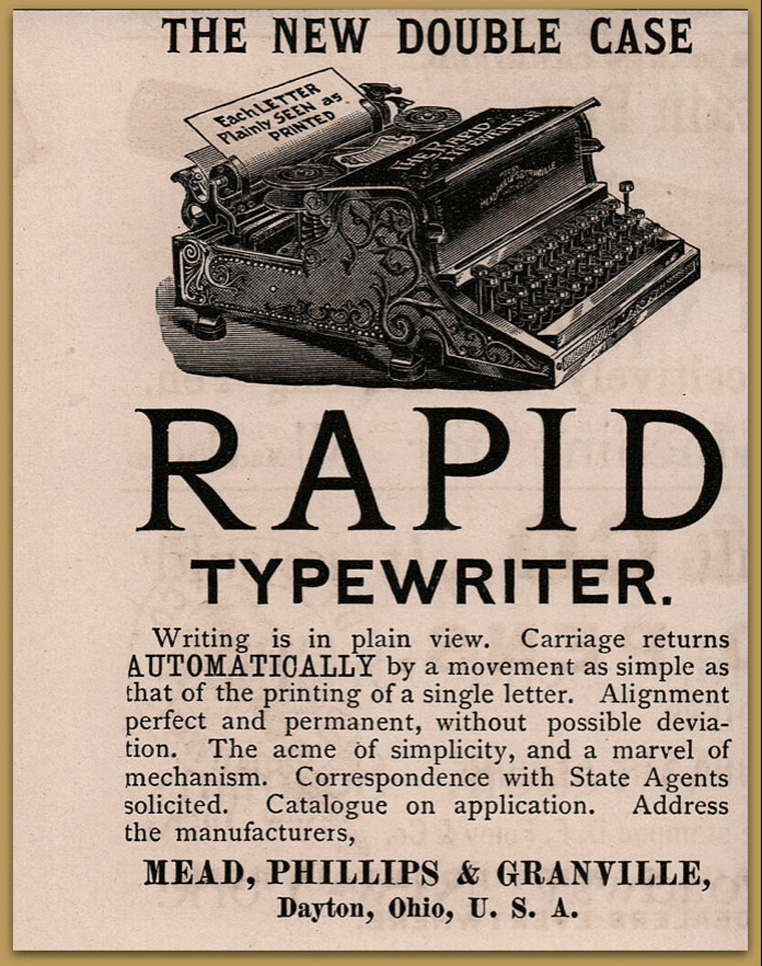