The Remington – Sholes typewriter was designed by the Architect Charles B. Atwood, who designed the Art building at the Chicago World’s Fair of 1893. Today this is the only surviving building and is now the Museum of Science and Industry.

His typewriter reflects the design of a number of his buildings with its impressive neoclassical form which resembles a  Greek temple. The cast iron frame has a gorgeous bronzed finish achieved by being heavily plated with oxidized copper. This finish develops a rich and beautiful patina with age and should never be polished.

The Remington – Sholes was the first typewriter to have the whole type-basket (type bar assembly) move for a character shift instead of moving the carriage. This approach required less force, giving a lighter feel to the shift key. This was the forerunner of what would be the standard method to shift characters on 20th century typewriters.

The name Remington – Sholes came from Franklin Remington (general manager) who was a grandson of Eliphalet Remington, the founder of E. Remington & Sons who manufactured the Sholes and Glidden typewriter (Remington 1) beginning in 1874 and Zalmon Sholes (the inventor), the son of Christopher Lathen Sholes, the inventor of the Sholes and Glidden typewriter. It should be noted that E. Remington & Sons had sold all of their interests in their Remington Typewriter division in 1885 to Wyckoff, Seamans & Benedict, so the family connection from a business standpoint was no longer there. This resulted in a lawsuit from E. Remington & Sons, which in 1901 ruled in their favour. The typewriter became the Fay – Sho and the company the Fay – Sholes Typewriter Co. (Please see the third ad below which illustrates this change of name.). Interestingly in 1905 the Supreme Court reversed that ruling saying that anyone can use their name on their business. However the Fay – Sholes Co. did not change their name again.

Here is a an account of the Remington-Sholes typewriter from a period pamphlet.

“The Remington-Sholes is manufactured by the sons of the original inventor of the first Typewriter ever made. The simple and durable features promulgated by the fathers of these men are apparent in this latest production of their genius; at the same time the latest devices for convenience and speed have not been neglected.”

The Remington – Sholes originally sold for $97.50

“The machine is designed to be one of the first in the market in beauty of design and richness of finish.” 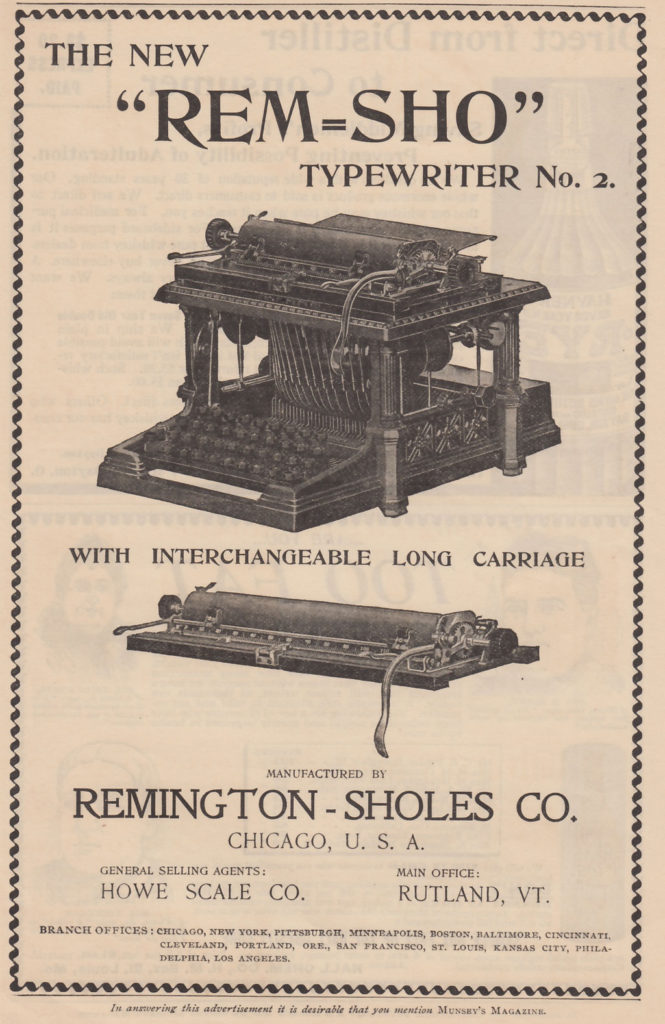 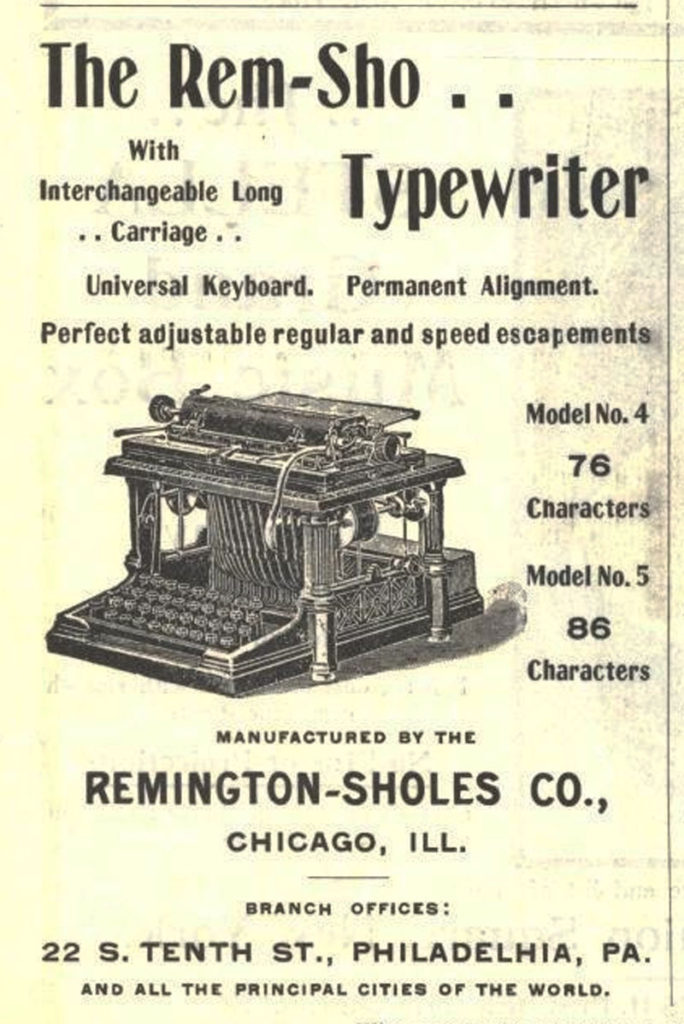 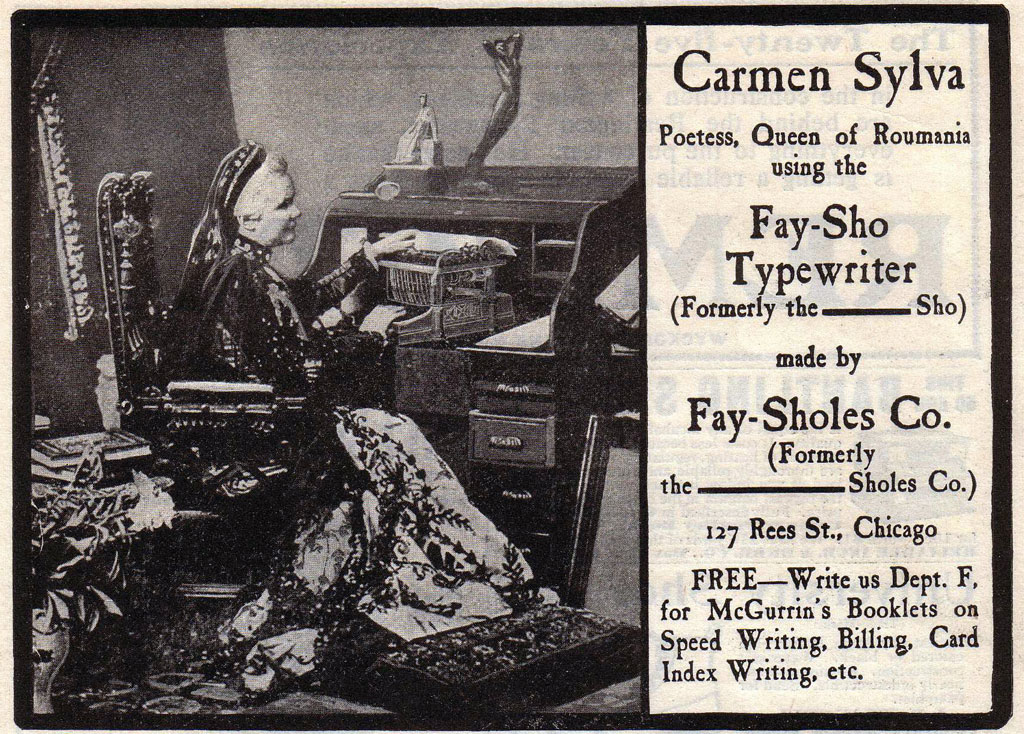