The Remington 2 was the ‘Model T’ of typewriters: simple, reliable, practical and was the first typewriter to be produced in great quantity. It introduced the world to typewriters and laid the path for the explosion in typewriter design and manufacturing that was just around the corner.

The Remington 2 appeared on the market in 1878 and was the first typewriter to have a shift key, allowing for both upper and lowercase characters. Each key typed two characters just like a computer keyboard. The machine pictured here, dates from 1893.

The Remington 2 like its predecessors, the Sholes and Glidden and Remington 1, is an under-strike or blind typewriter. To see what you have typed, one lifts up the hinged carriage and looks at the underside of the platen.

The Remington typewriter along with other understrike machines, such as the Densmore, Caligraph and Smith Premier were among the most successful typing machines of their age.  It was only with the emergence of front-strike visible typewriters, the first being the Daugherty (1893) and most importantly the Underwood (1896), that the understrike machines would finally loose their market command and would cease to be manufactured shortly into the new century.

“To save time is to lengthen life.” (please enlarge the red logo below to see this wonderful motto in full)

“The latest and highest achievement of inventive and mechanical skill. We add to the Remington every improvement that study and capital can secure.” 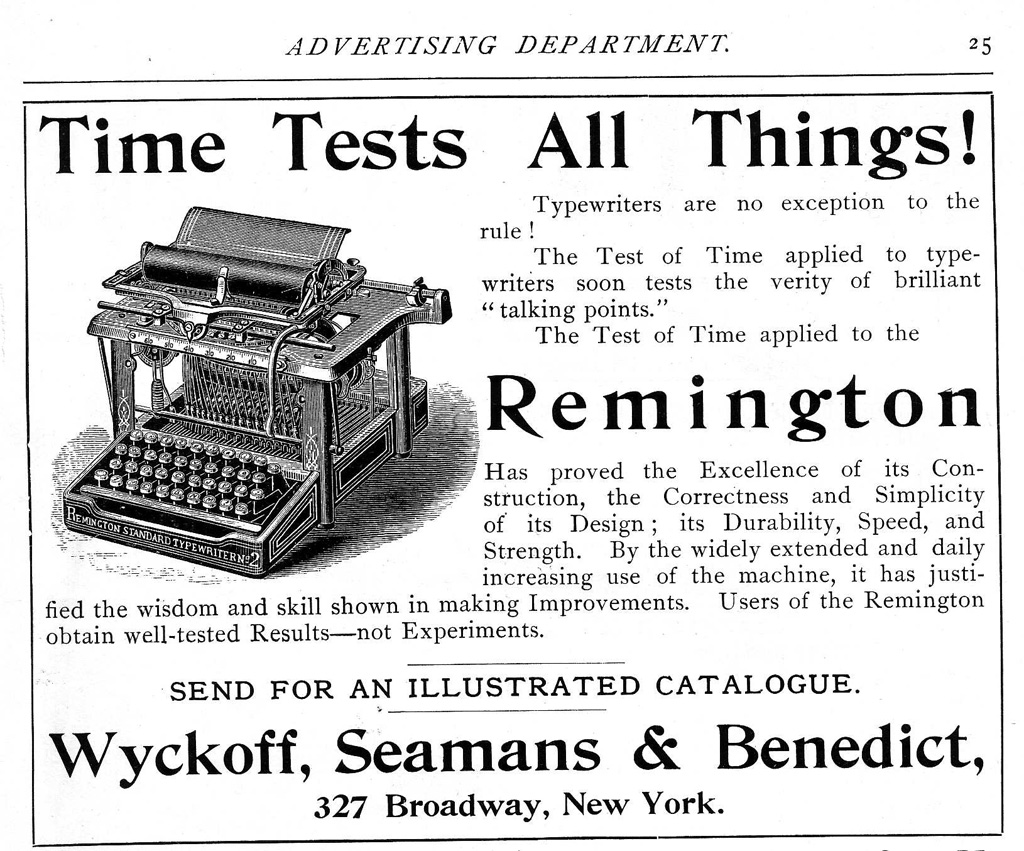 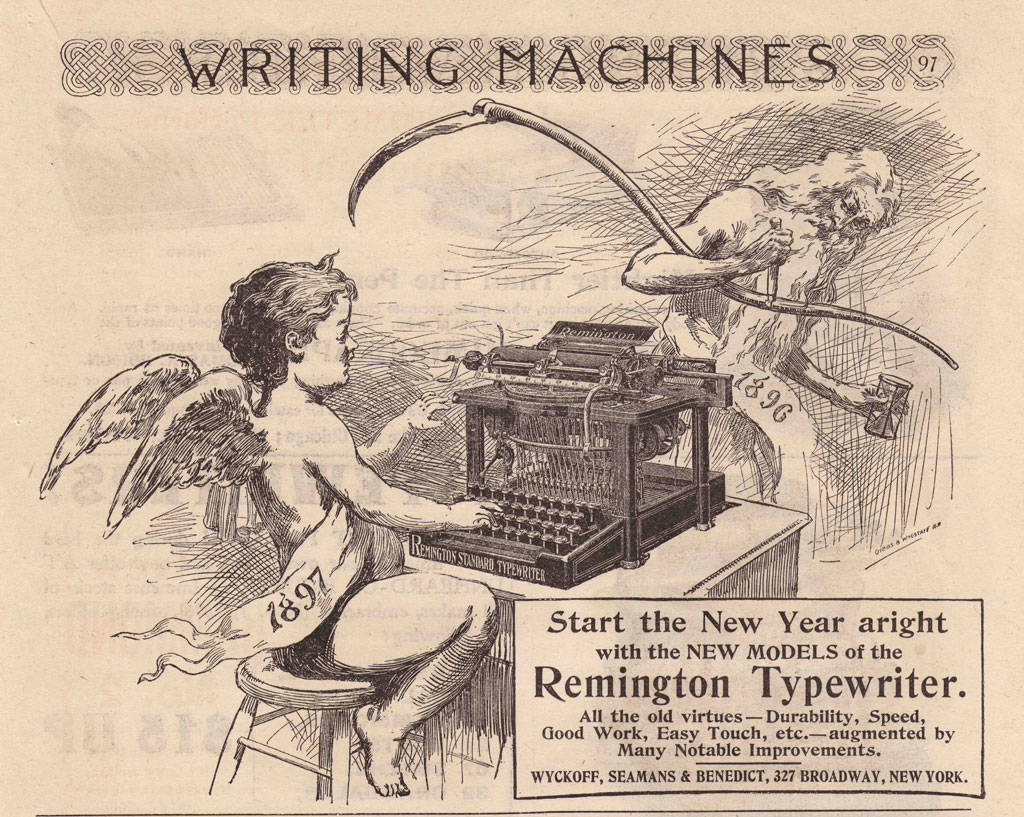 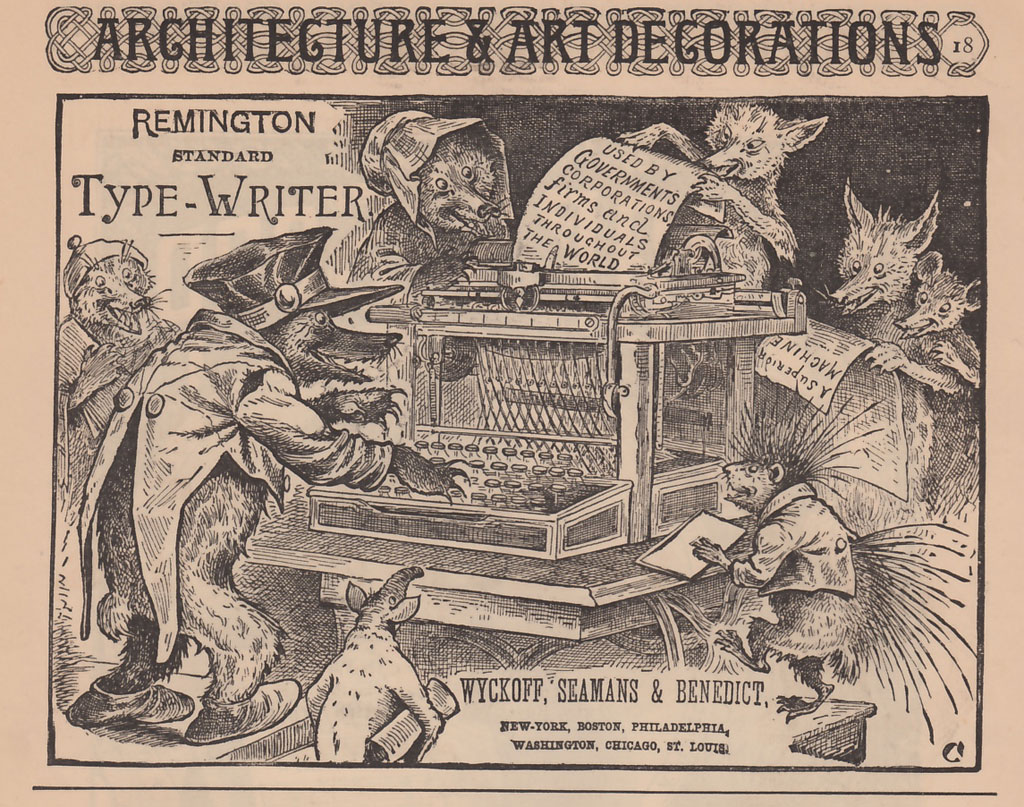 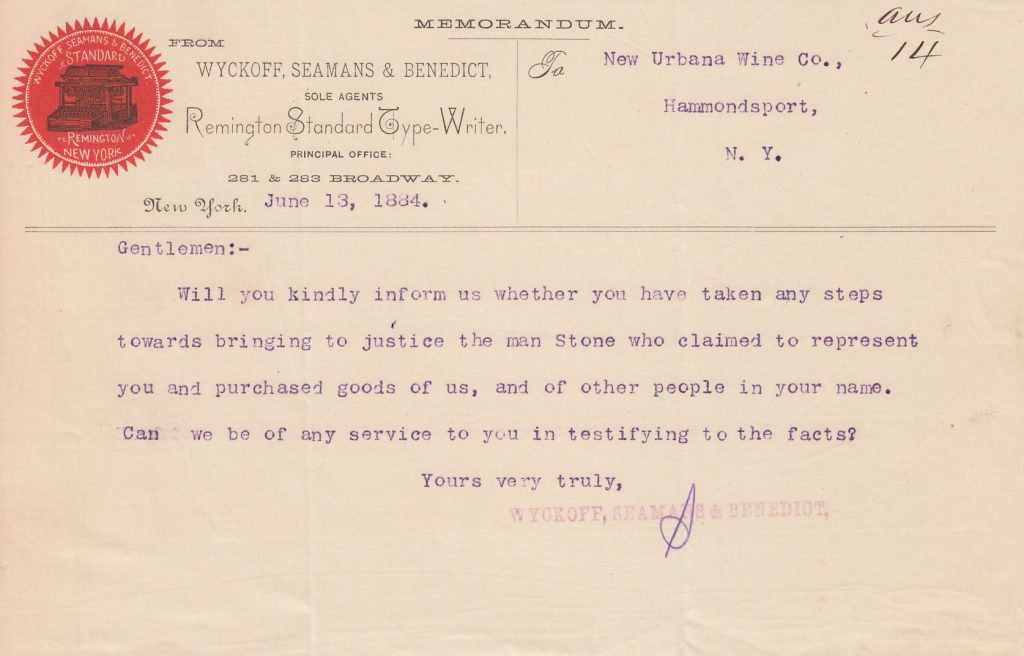 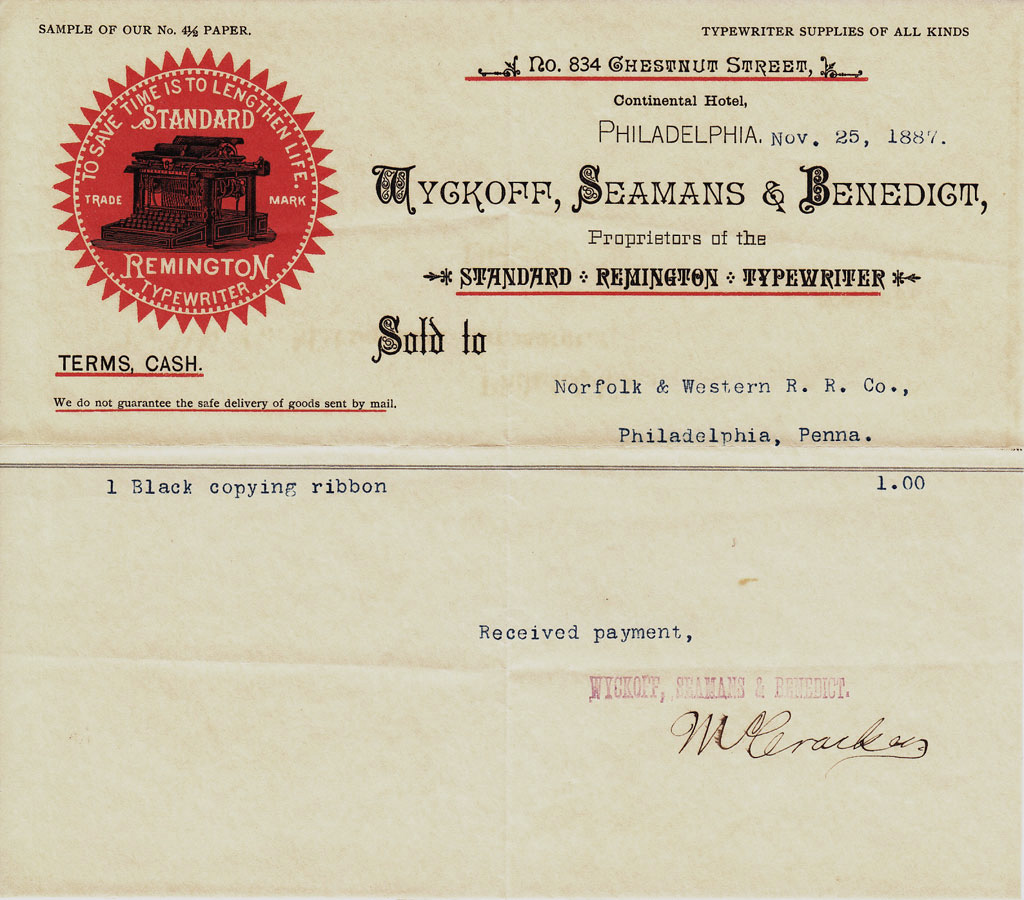 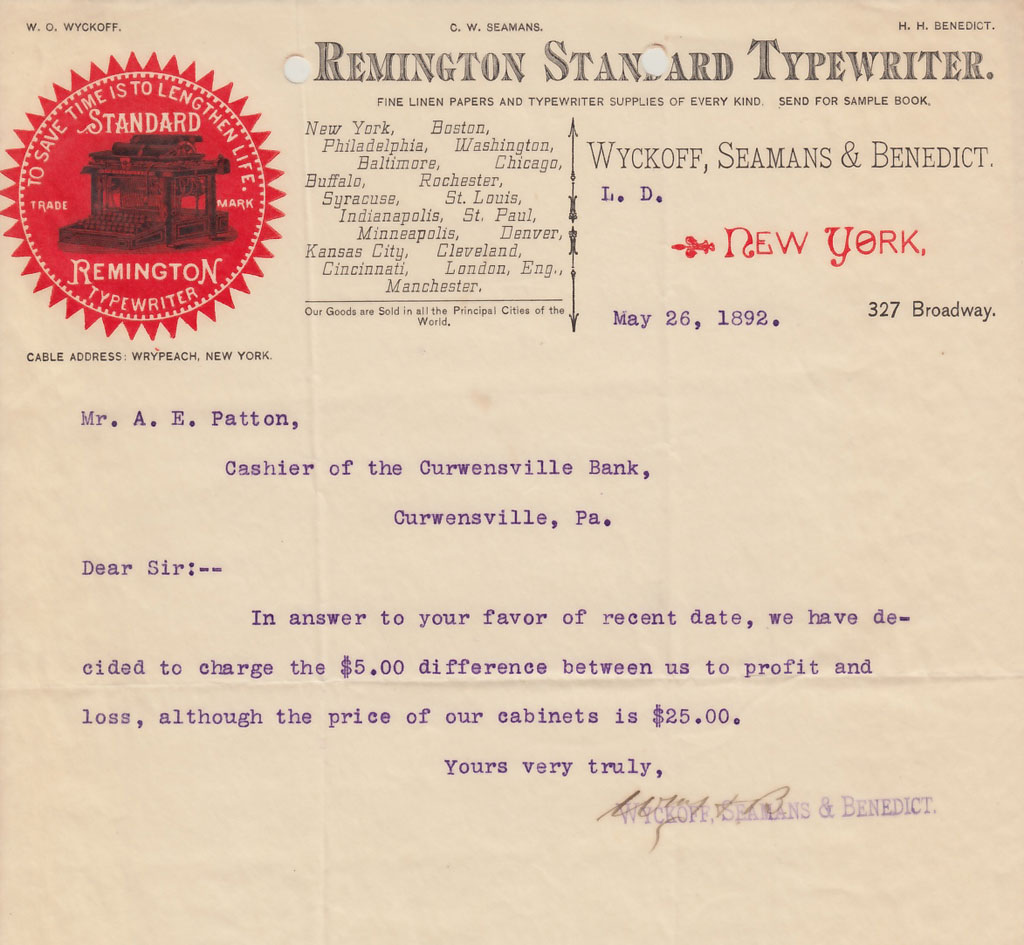