By 1896 many components, combinations and designs had been tried in various typewriters and the winner was emerging; a typewriter with a remarkably quick and smooth typing action, a typewriter that would usher in the new century, conquer the world, and put an end to this period of rich diversity in typewriter design. The Underwood had arrived.

The Underwood typewriter was the first widely successful modern typewriter. It pulled together the three main design elements that set the standard for the 20th century, a four-row straight keyboard, a single shift key and importantly, front striking type bars giving visible typing. The Underwood was not the first to offer these essential features, as the Daugherty had in 1893, but it was by far the better engineered machine.

Franz Wagner, a brilliant engineer who was involved with the Caligraph and other pioneering typewriters, sold his invention to the John Underwood & Co., a major supplier of typewriter ribbons. The first model, shown here, still maintained Wagner’s name stencilled onto the back of the frame.

Over the next ten years, just about all of the under-strike (blind-writers) and index typewriters would be dropped from the market. The ‘Wild West’ of typewriters was over.

The Underwood model 5 would remain in production from 1900 to the early 1930’s, making it the Model T of typewriters, with millions being manufactured.

The following prophetic words (from the first letterhead shown below) were written to a prospective Underwood client in 1897. “ ..The Underwood Typewriter, which you will find, we think, a very interesting one, from the standpoint of what a writing machine should be.” 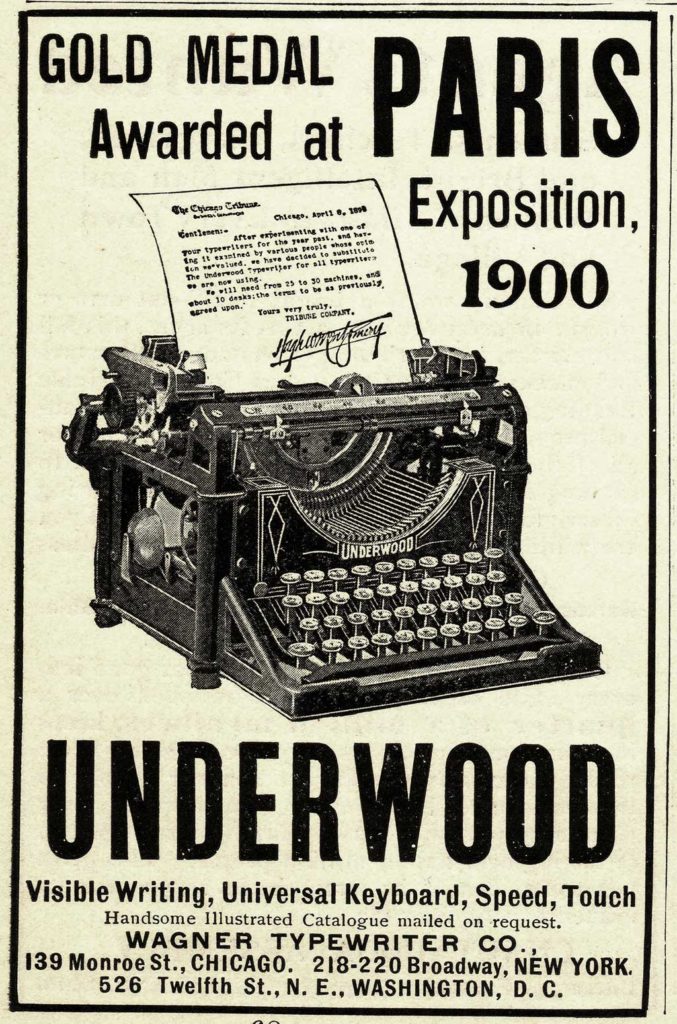 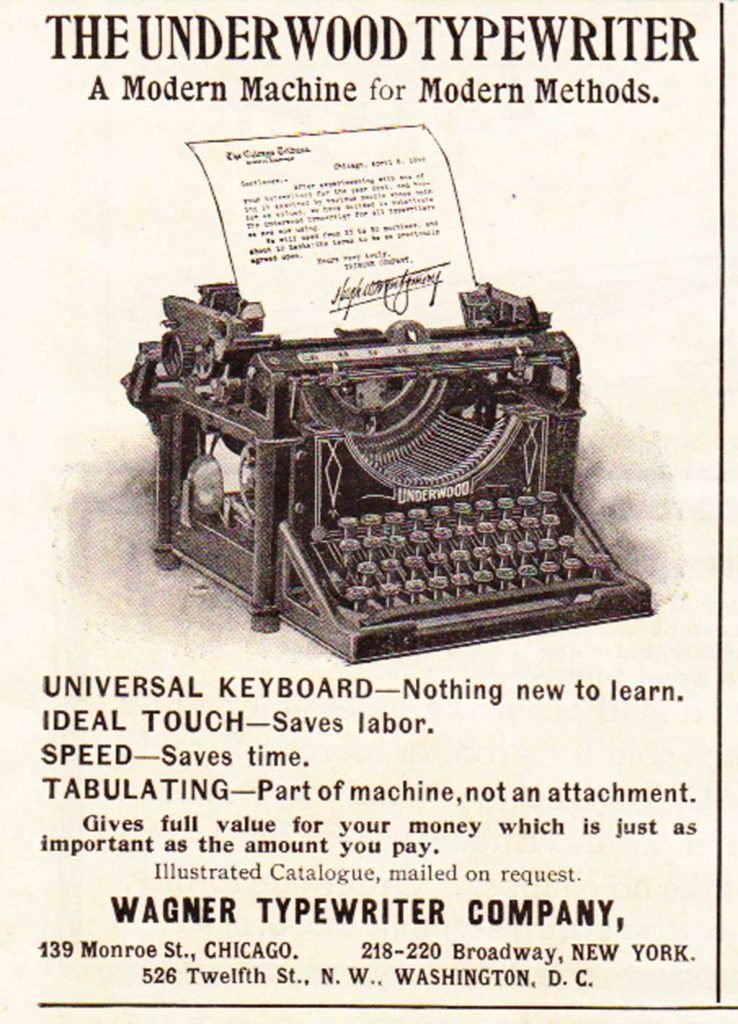 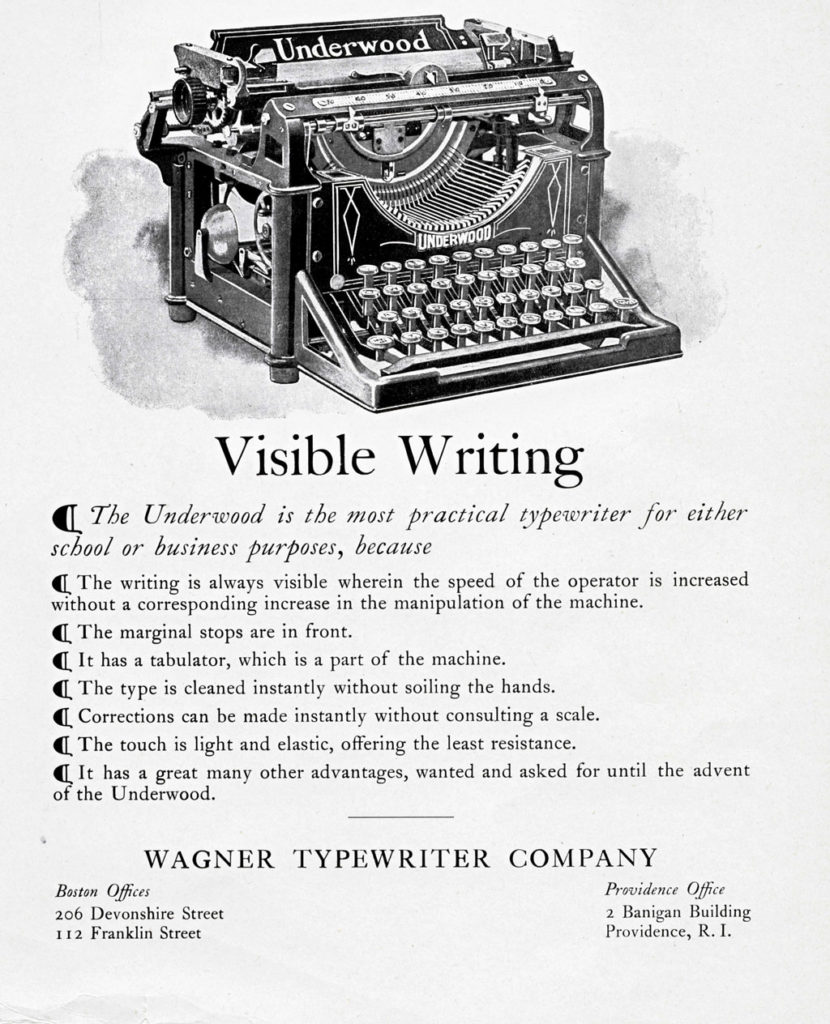 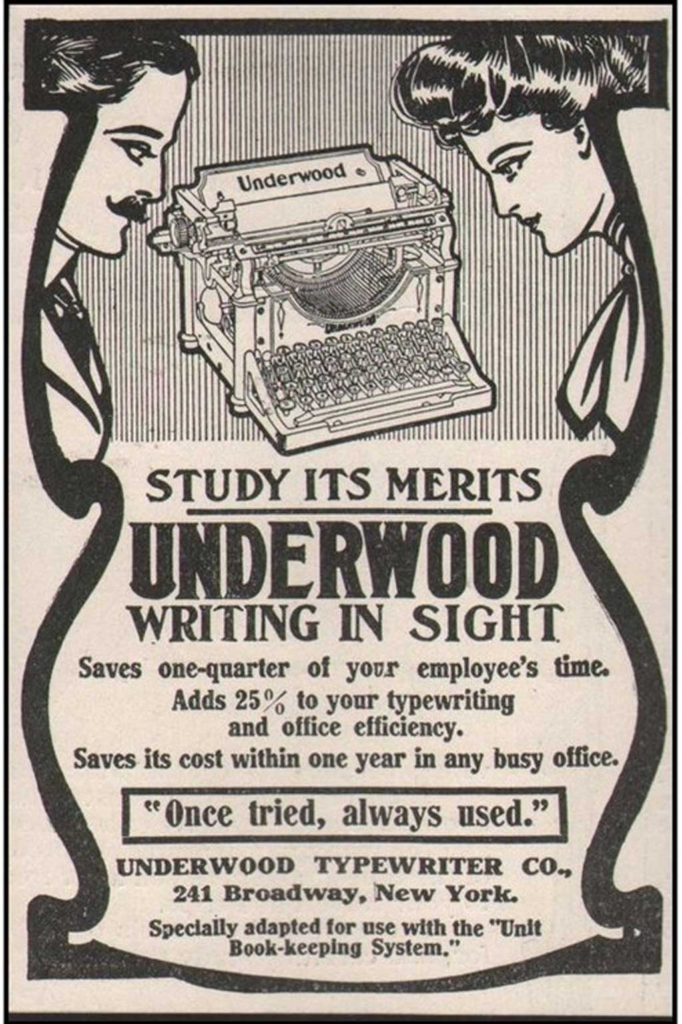 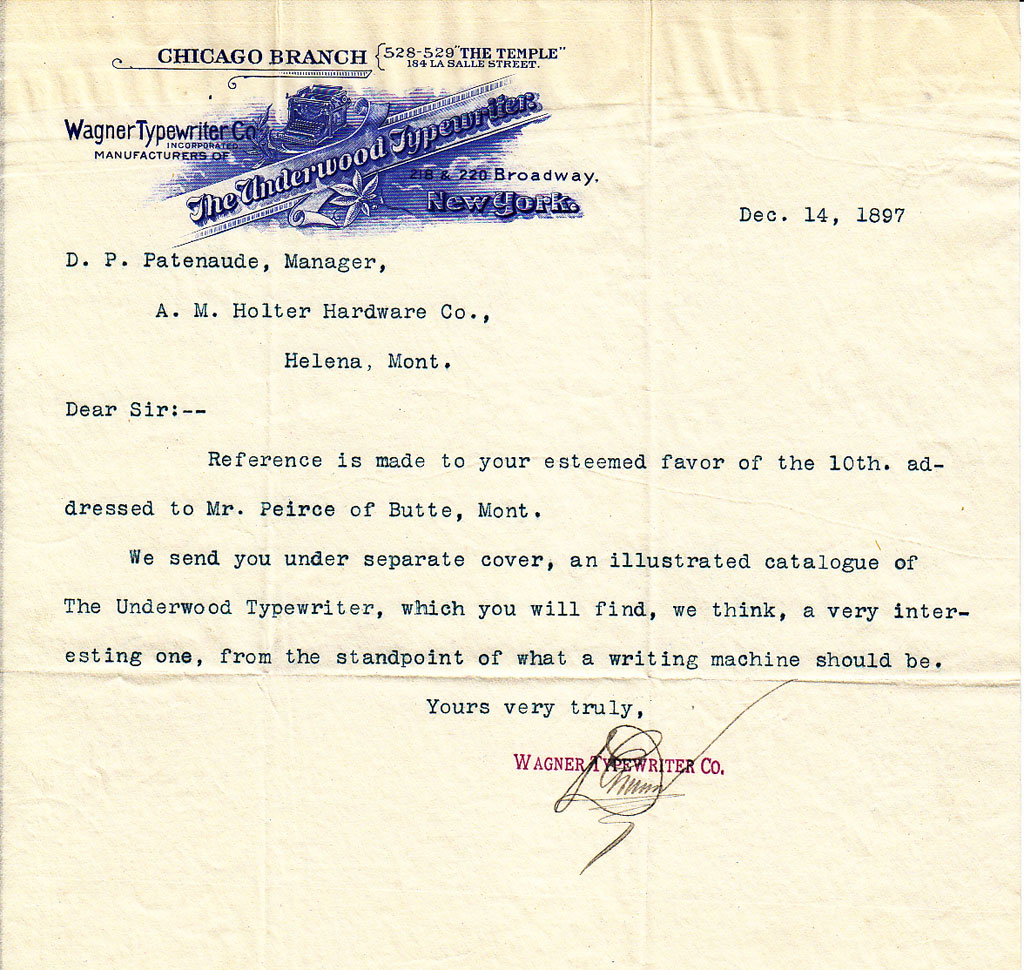 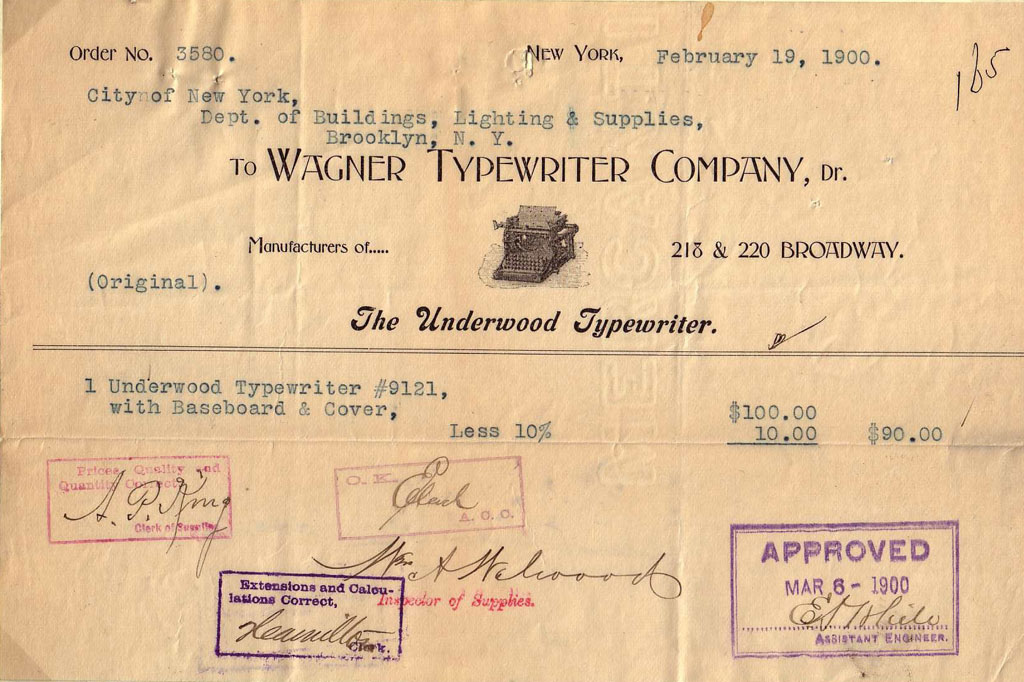 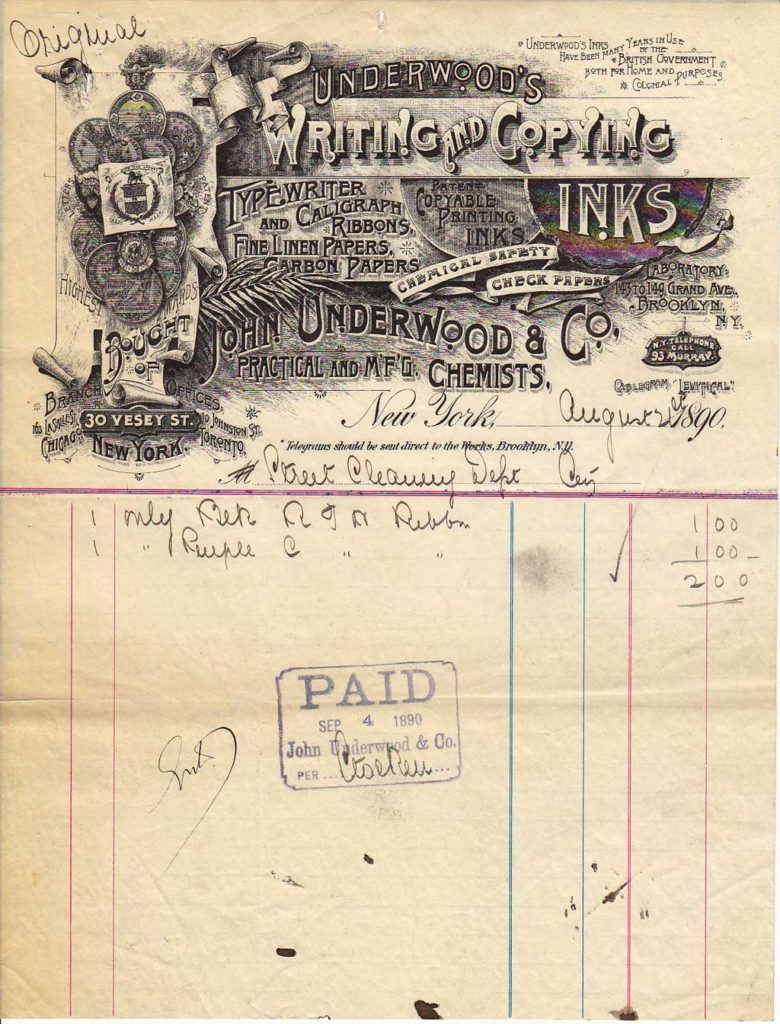