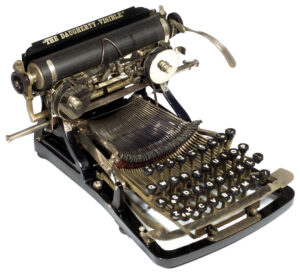 The Daugherty typewriter is an elegantly elongated machine that pioneered the essential design elements of the modern typewriter. That being four rows of straight keys, a single shift key and most importantly type bars that strike the front of the platen allowing one to see what they typed as they typed.

This configuration of having the type bars laid out in a semi-circle down in front of the carriage was a revelation that eluded so many clever typewriter pioneers. It is quite remarkable that this approach was so hard to see, especially when other typewriters such as the Franklin (amongst many) had the semi-circle arrangement of type bars but failed to place them in the opportune position.

The Daugherty, despite only modest success, had solved once and for all a most important question in the evolution of typewriters, where is the best place to put the type bars on a typewriter. It would only be a few years later in 1896 when Franz Wagner would create the milestone Underwood typewriter with these same optimum design features pioneered on the Daugherty but in a much better functioning machine. With that, the Underwood typewriter would become the most famous typewriter in history and would, in short order, put an end to the remarkable range of typewriter designs seen during the 1880s and 1890s. The standard was indeed set for the next century.

“DON’T YOU BELIEVE IT! A Blind Machine will not give as much satisfaction. Accept no substitute for visible writing. There’s but one that has it Absolutely all the Time. The Daugherty – Visible Typewriter.”

“SEE WHAT YOU ARE DOING. That’s what you can on the Daugherty-Visible Typewriter.” 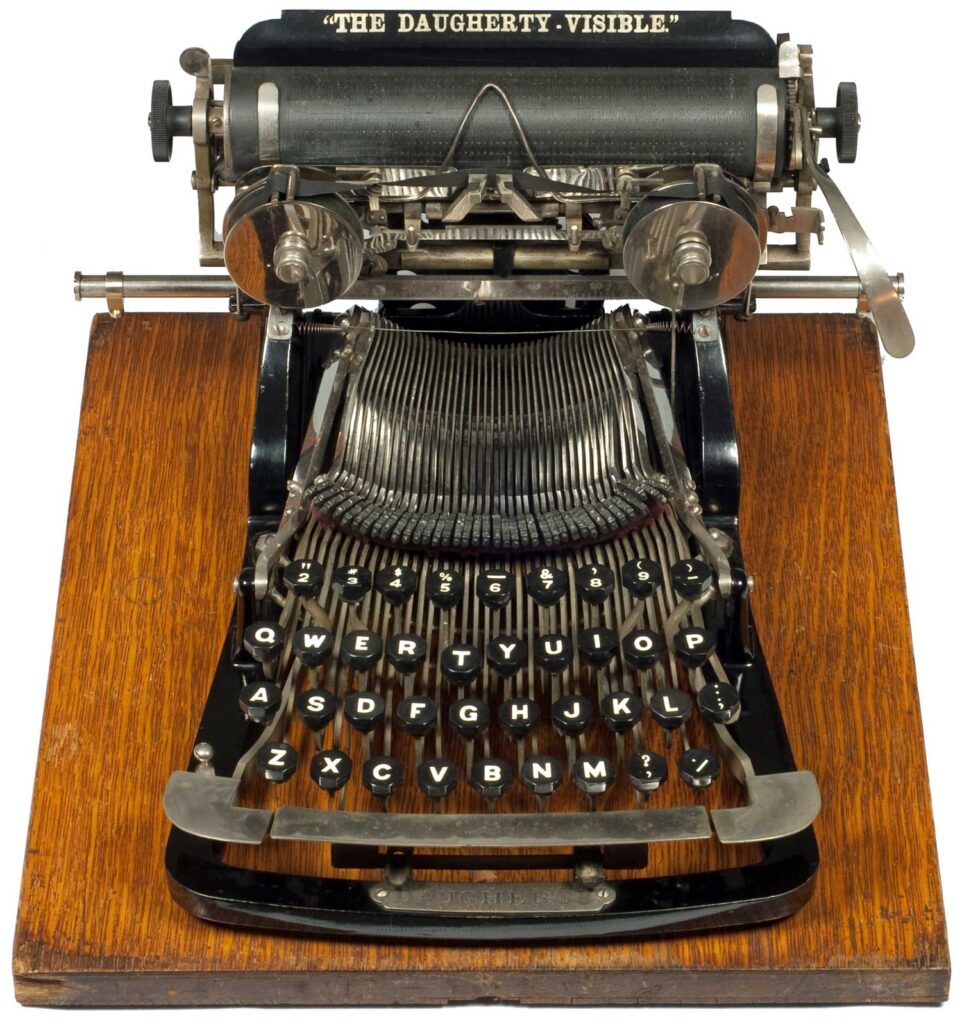 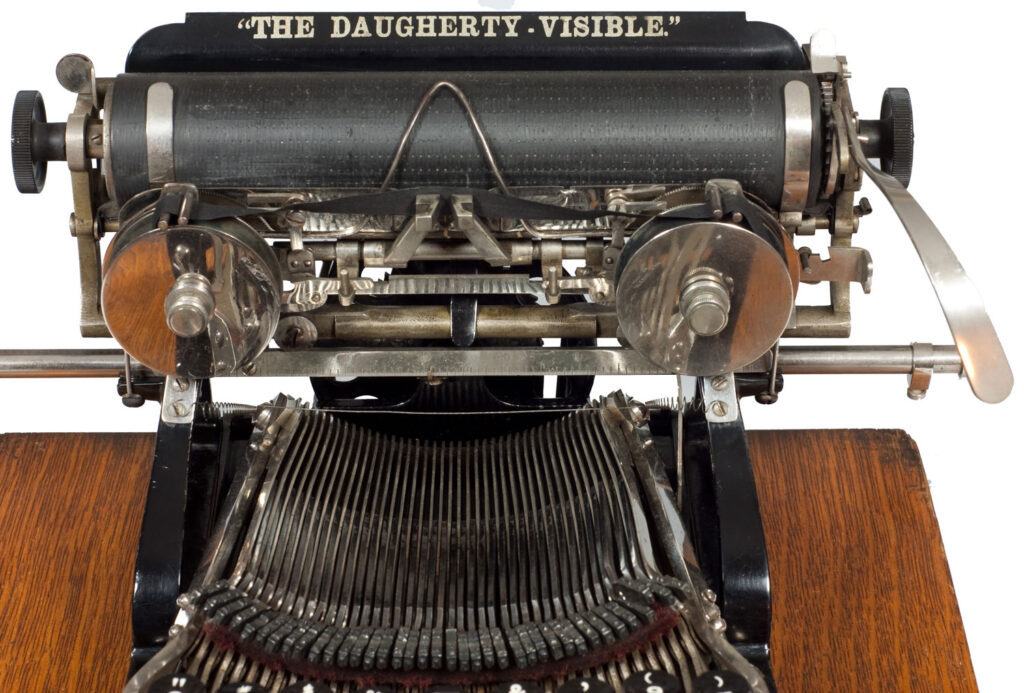 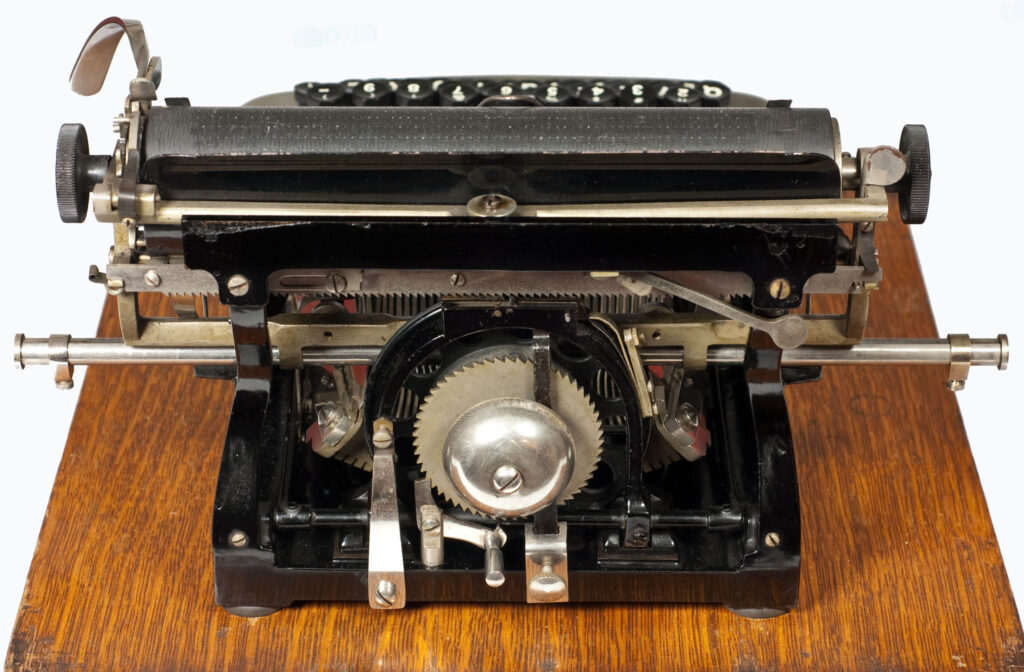 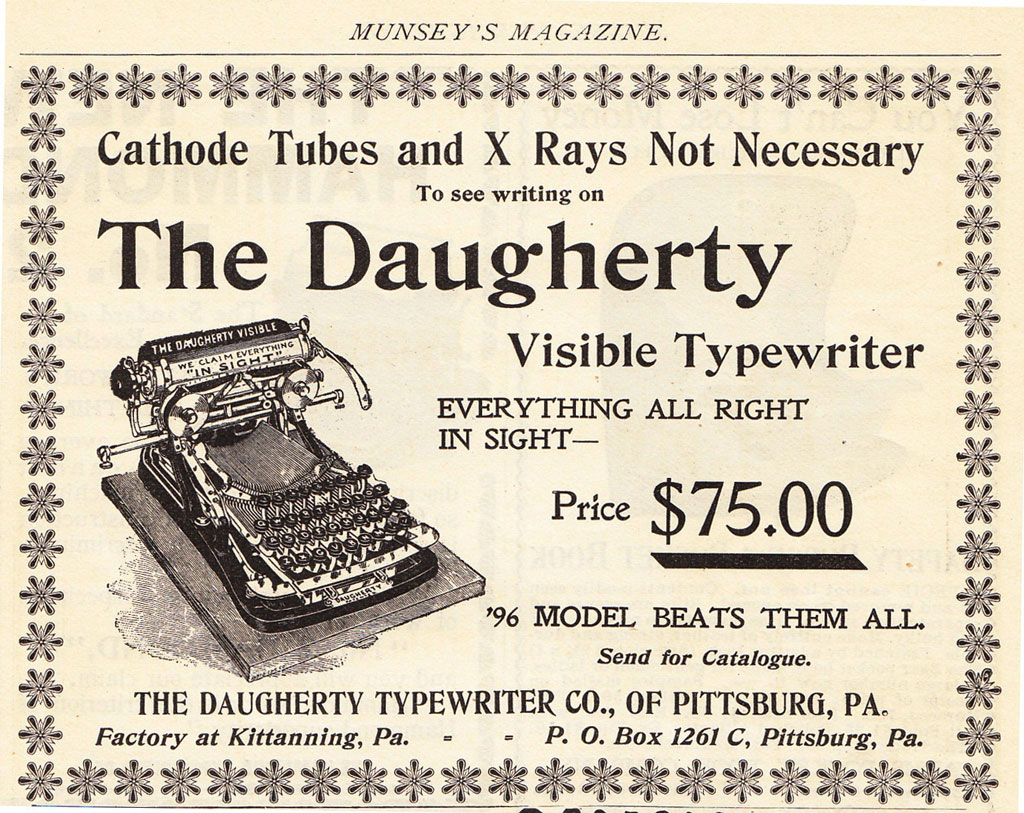 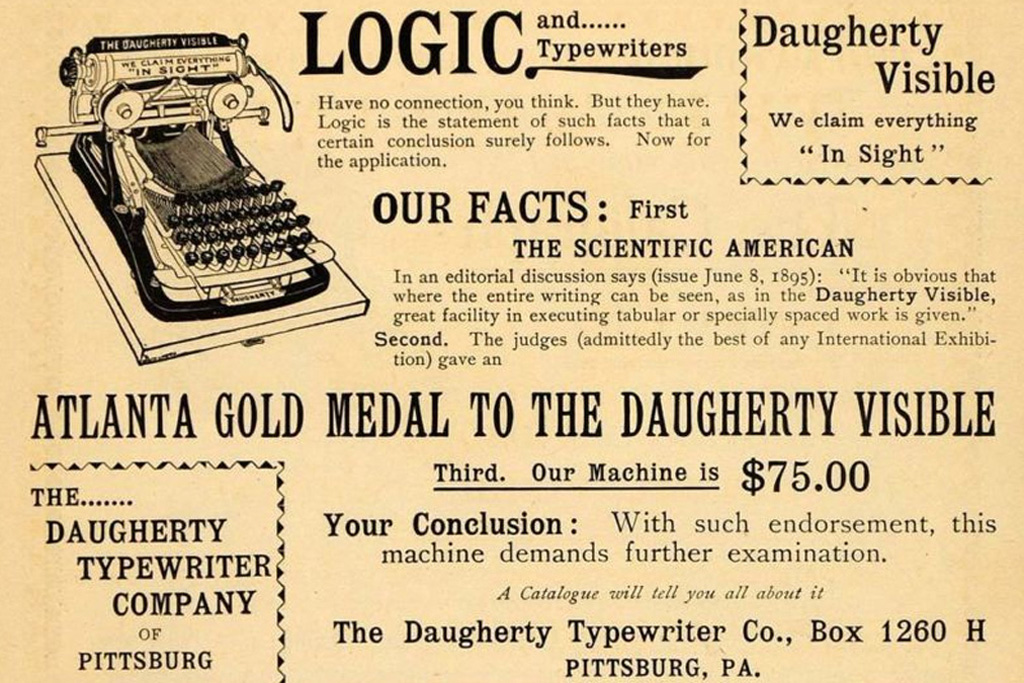 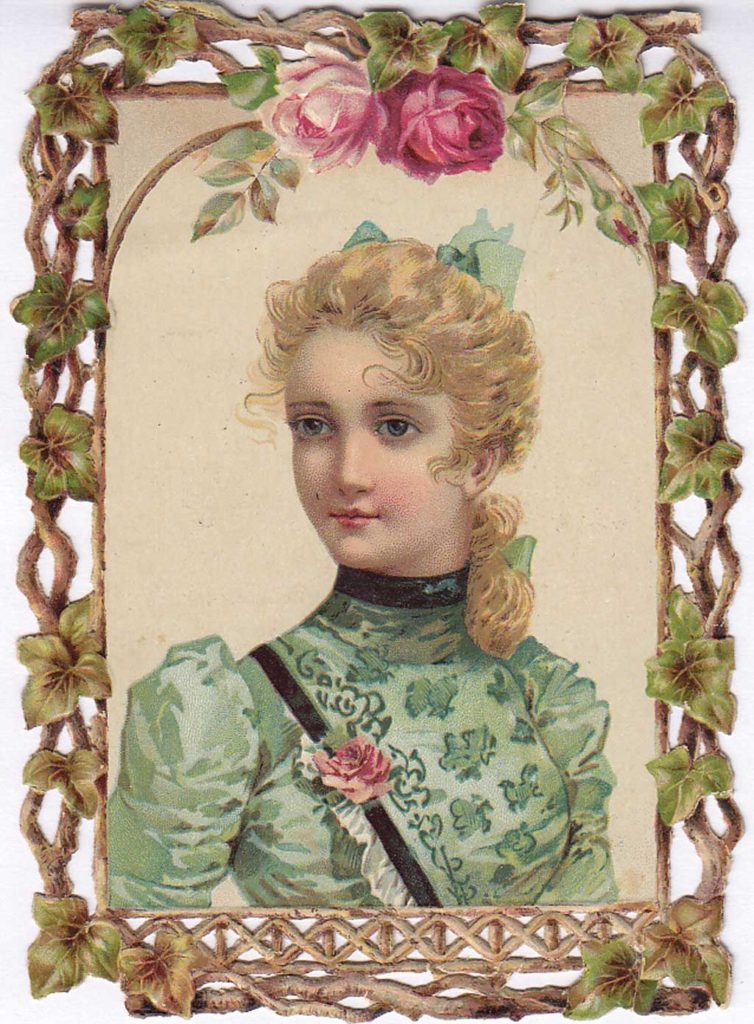 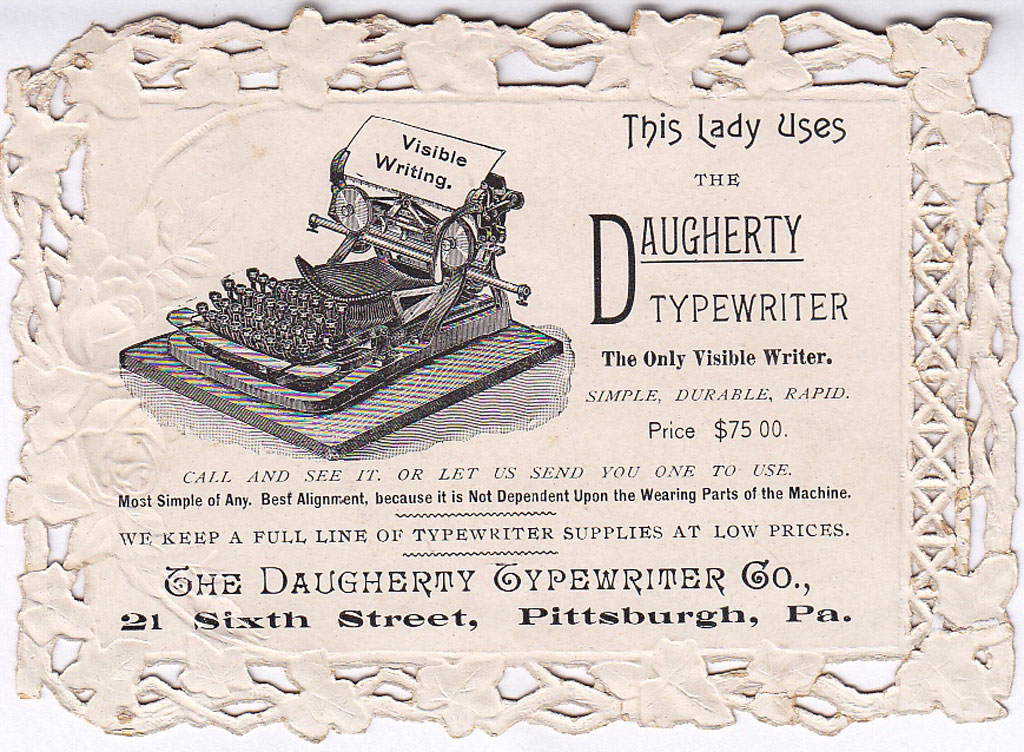