The Diskret is a beautifully designed index typewriter with a special ability, the means to send a coded or cyphered message in addition to operating as a regular typewriter.

Here is a description from the 1899 patent on how it managed to be used as a cypher machine. “The present invention relates to type-writing machines which can be used for code or secret writing. The invention consists in the arrangement horizontally of two concentric rings, one within the other, each being provided on its surface with letters and signs, which rings can be relatively displaced one with regard to the other according to a prearranged code or system.”

To type one simply selects the characters with the rotatable central handle and then one pushes the lever down on the left hand side of the wooden base which causes the carriage assembly, with the vertical typewheel, to descend and print on the paper. Inking is achieved with two ink rollers.

The Diskret is lavishly adorned with cast Art Nouveau motifs. In Germany the Art Nouveau movement was called Jugendstil (youth – style) and combined floral ornaments and flowing lines. The members of the movement were reacting against the neo- classicism of the official art and architecture. Art Nouveau artists sought to integrate art with the everyday, producing beautiful objects to elevate people’s lives. With these Jugendstil decorations adorning the Diskret, the Diskret is elevated to an exceptional object of functionality and art. 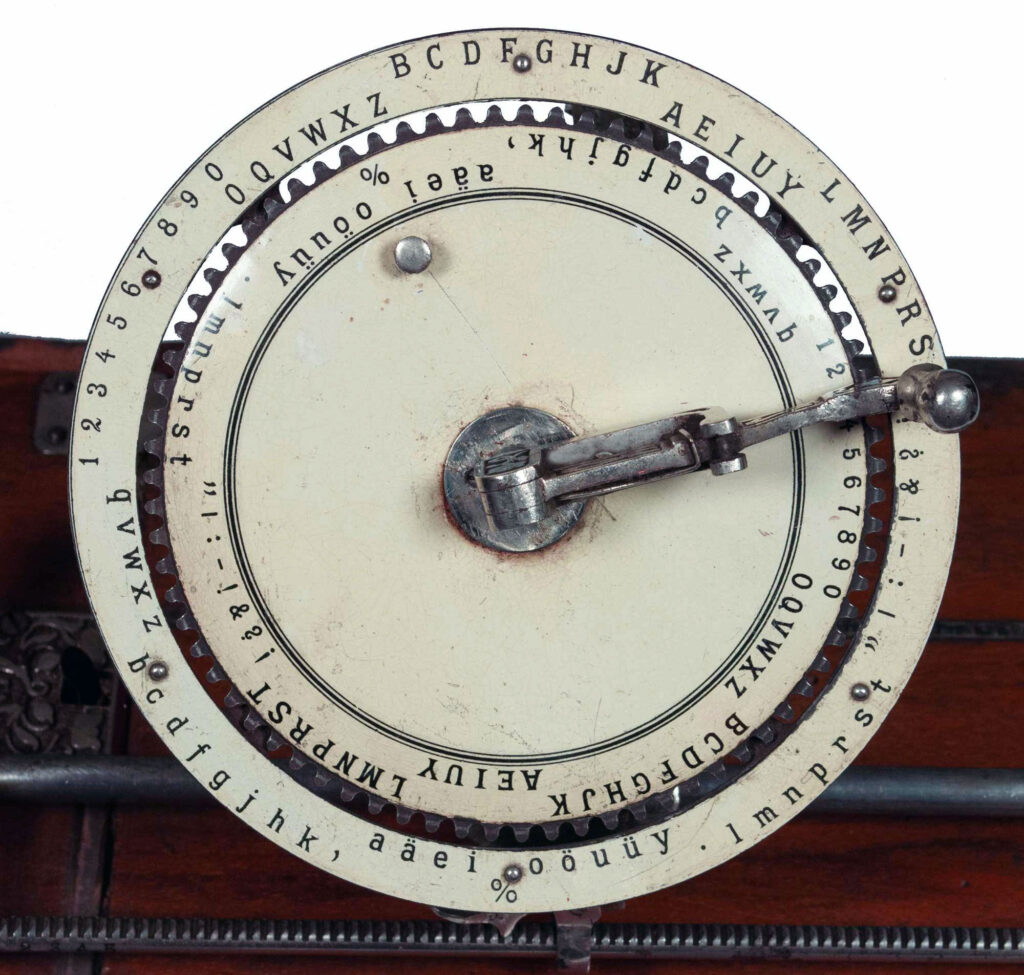 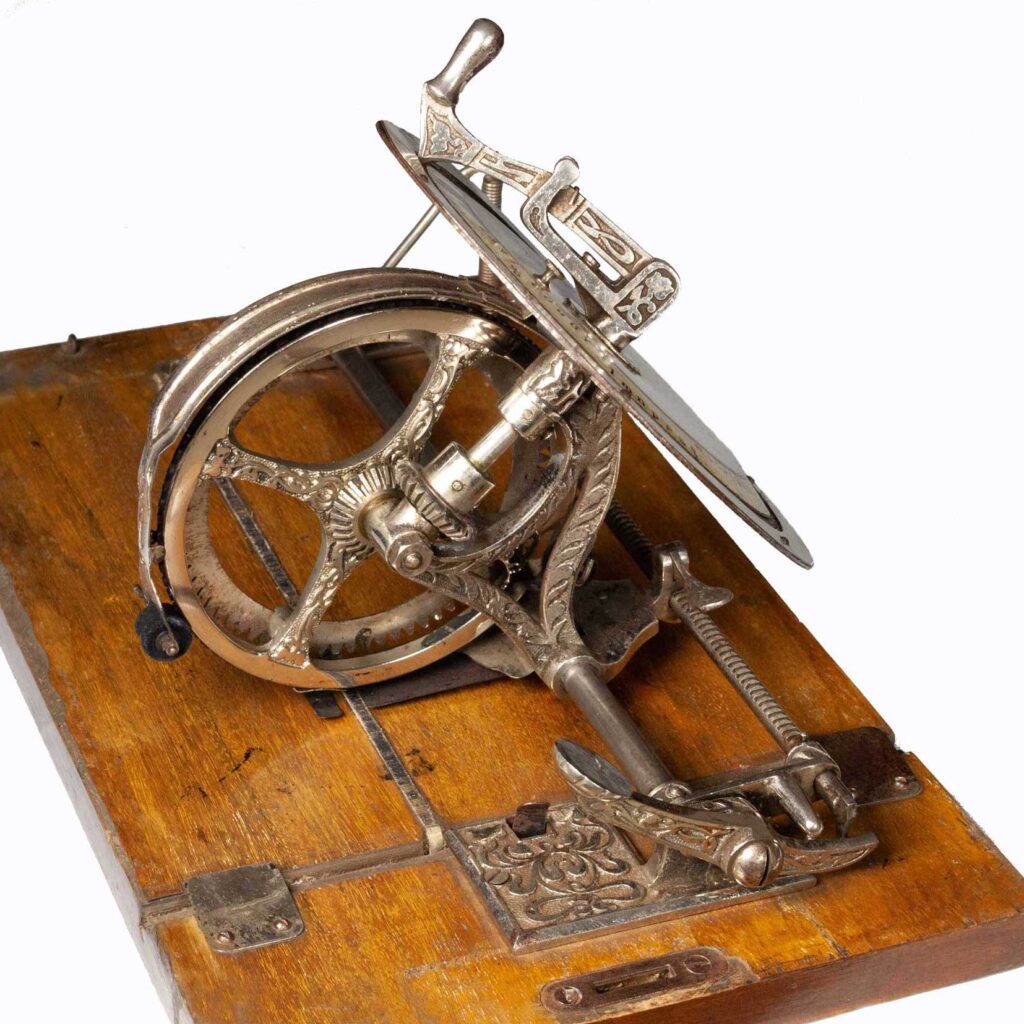 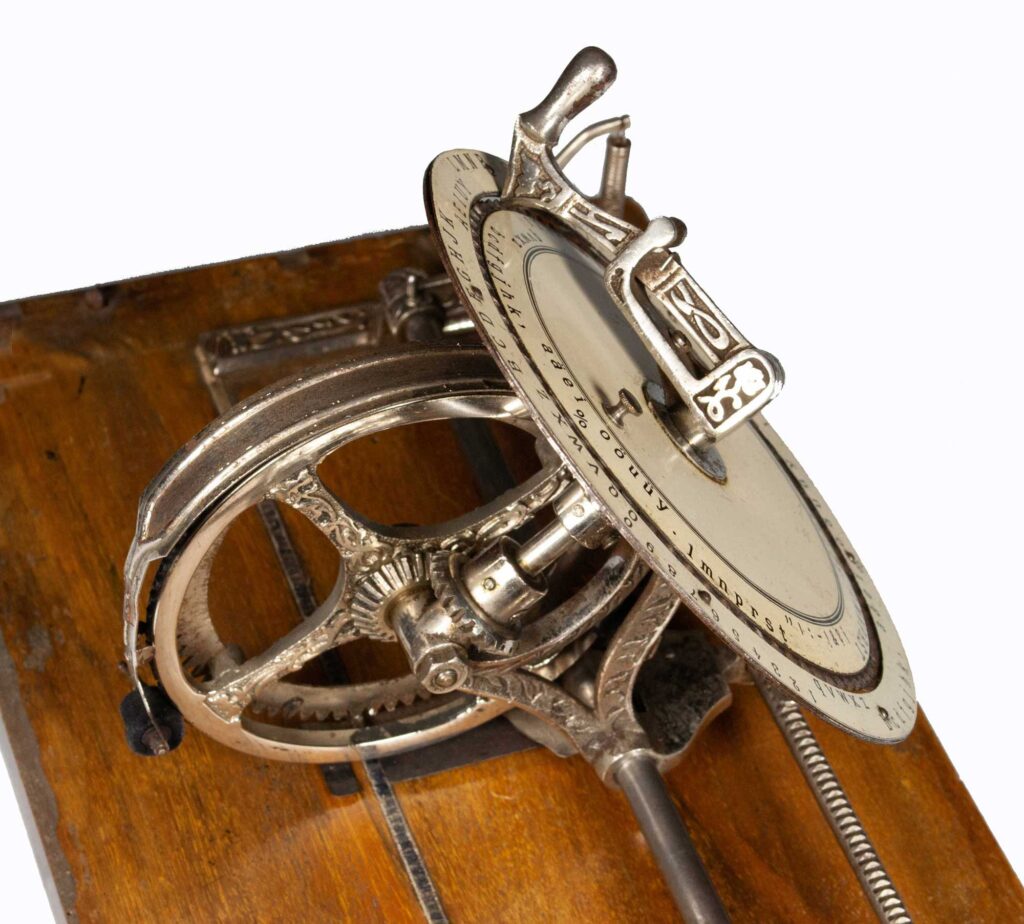 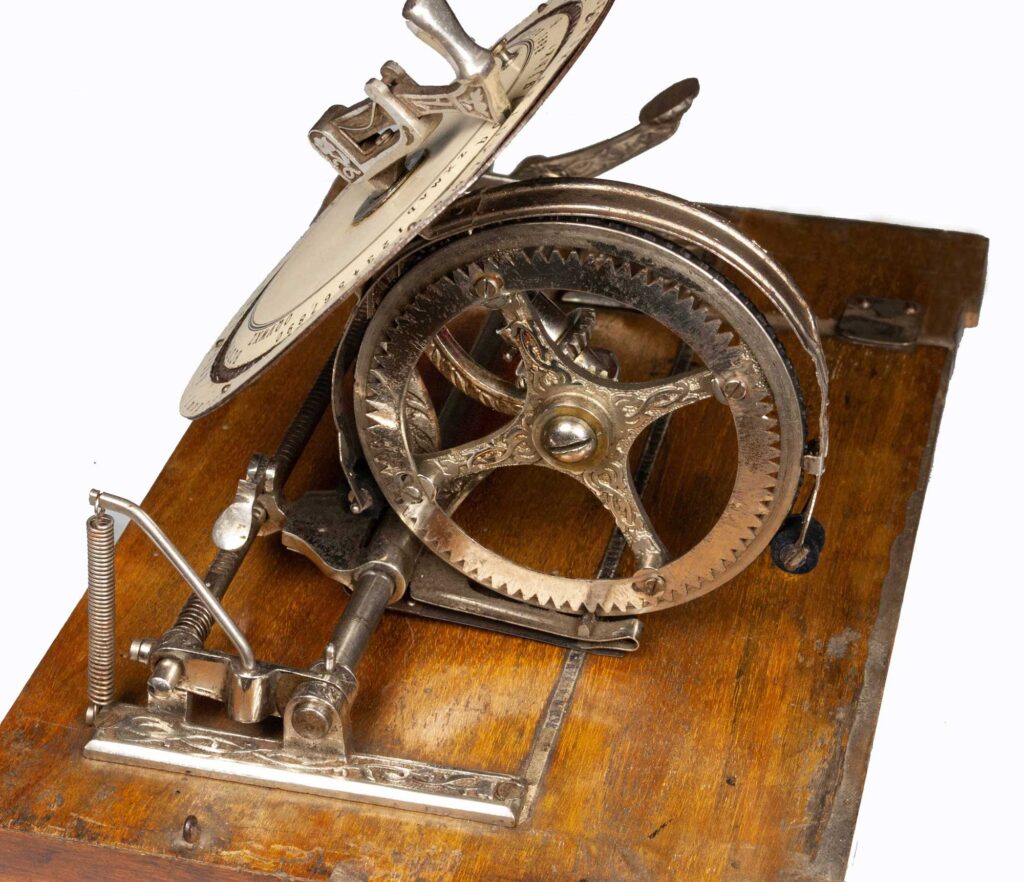 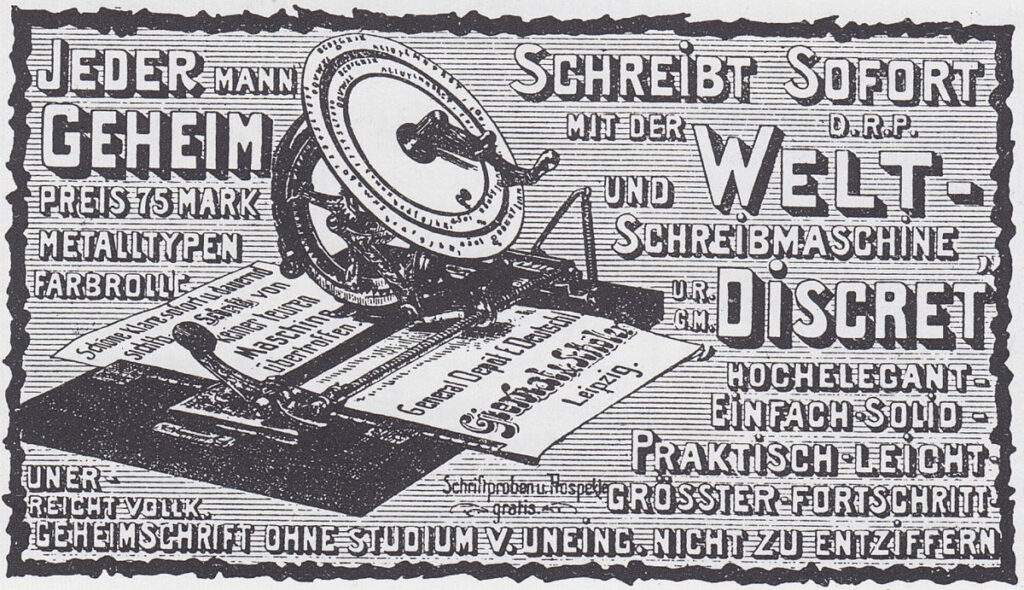