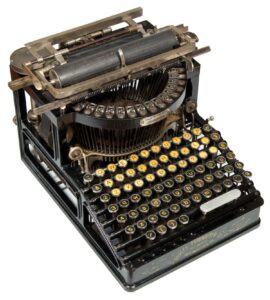 The Duplex 2 is a beautiful and rare double keyboard typewriter that appeared briefly after the Duplex and before the Jewett 1 (seen in this collection). It has a handsome double keyboard, distinctive asymmetrical space bar and rich typography on the front of the frame. (see close up below).

It was the logical successor to the Duplex typewriter which had a seemingly clever idea of having two complete keyboards, one for each hand. This design required that both hands pushed a key at the same time causing two characters to be typed simultaneously. The intent was to double the speed of typing but as you can imagine, it was very hard to coordinate ones hands to optimize this design.

With the failure of the Duplex, the Duplex 2 appeared with a standard double keyboard with a single character being typed at a time. It did maintain the carriage design and the off centered space bar of the Duplex. 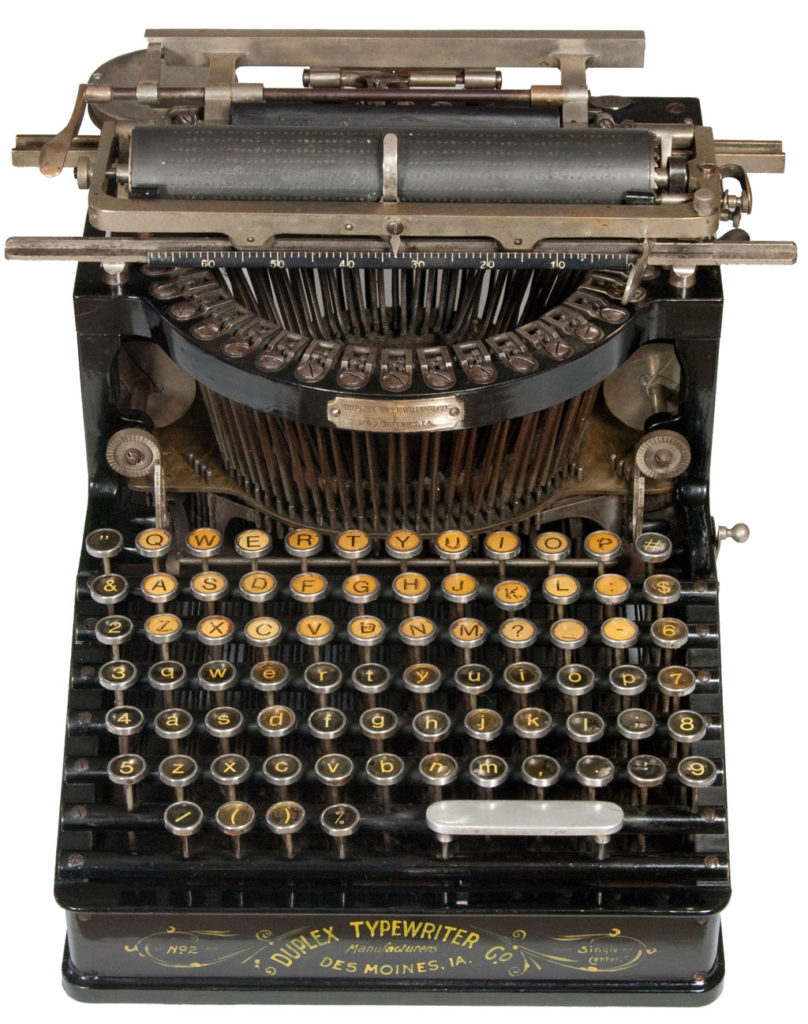 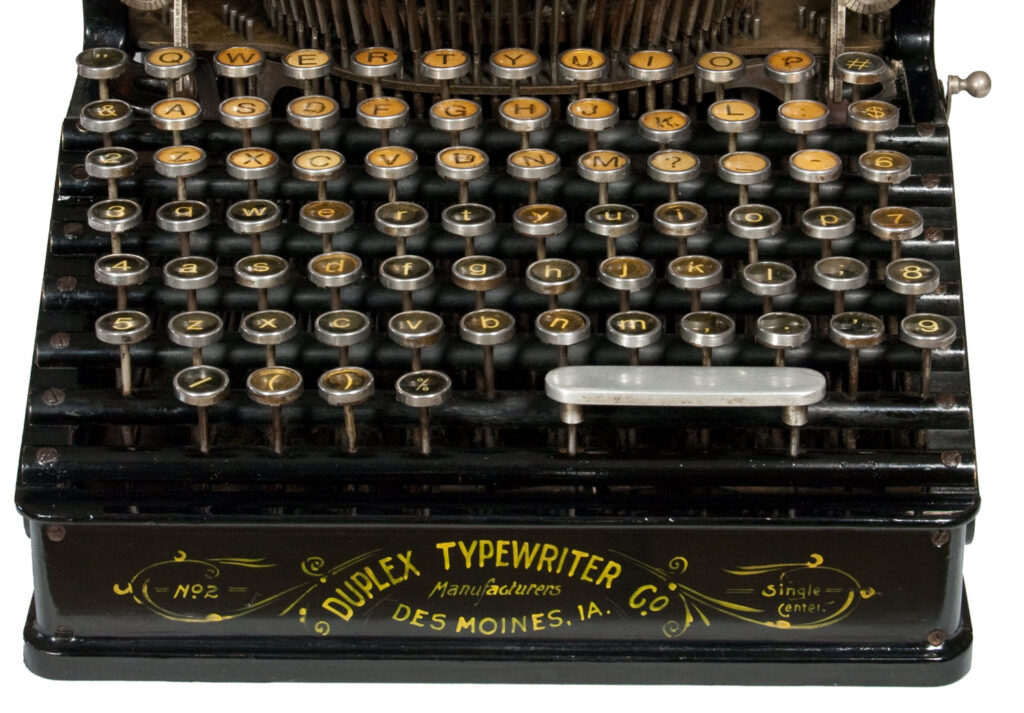 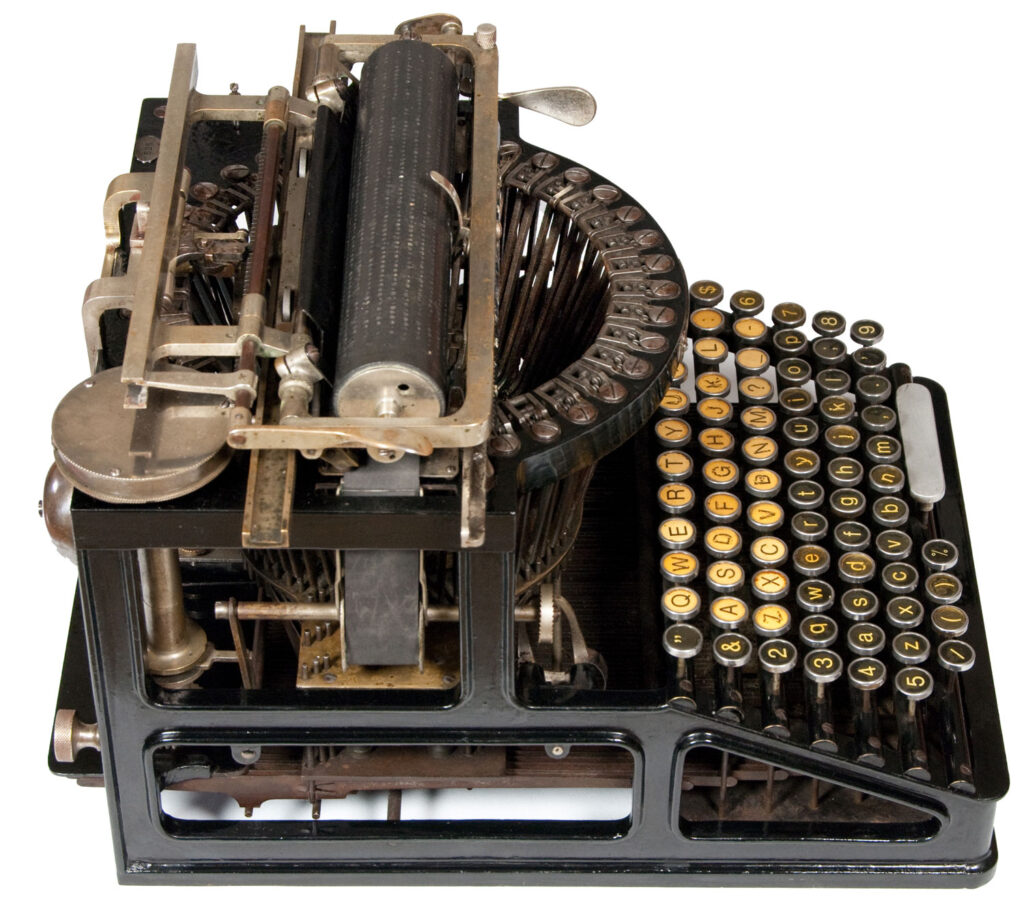 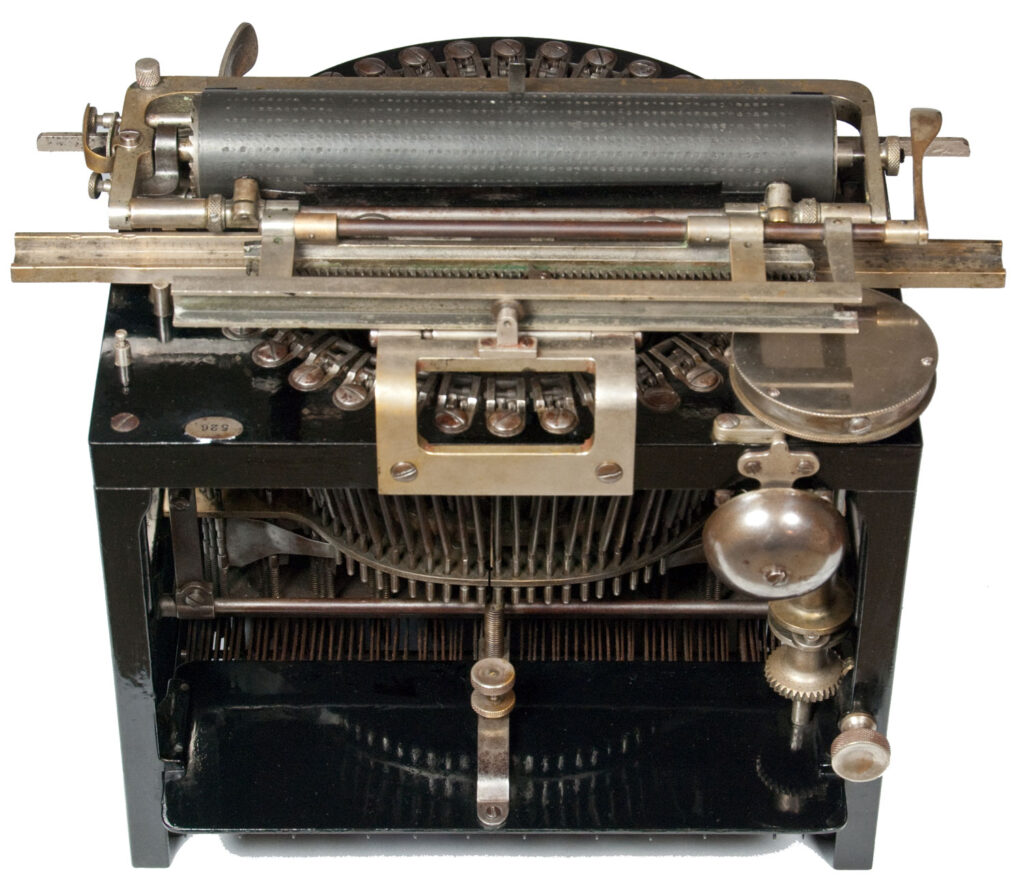