A short video of the Victor working.

The exquisite Victor was the world’s first ‘daisy wheel’ typewriter.

A daisy wheel is a ‘type element’, which is a typewriter component that has all of the characters of the keyboard embossed on its surface. A daisy wheel looks like a small bicycle wheel with a spoke for each character. On the end of the spokes are the molded characters, which imprint onto the paper. (see the detail image of the Victor’s daisy wheel below)

Many electric typewriters and some of the first computer printers used a daisy wheel in the 1970s and 80s but the first daisy wheel actually appeared on the Victor typewriter in 1889. The Victor’s daisy wheel has brass fingers radiating from the central hub (again, just like spokes on a bicycle wheel) with hardened rubber characters on their ends. The daisy wheel rotates into position when a character is selected with the swinging lever. A key is then depressed causing a small rod to push against the end of the brass spoke making the hardened rubber character press against the paper to print.

The daisy wheel was only used on a very few 19th century typewriters, including the Edland in the collection. This innovative means to print would have to wait close to a 100 years before it would find real success in the 1970s and 80s.

Seen below is the very rare Victor Kit which contains tubes for ink, oil and alcohol and two brushes. The advertisement for the kit is also shown.

This typewriter originally sold for $15.00.

“The points of excellence in the Victor are so manifest that the manufacturers will forward a machine for examination before purchase by express COD on receipt of $1:00.” 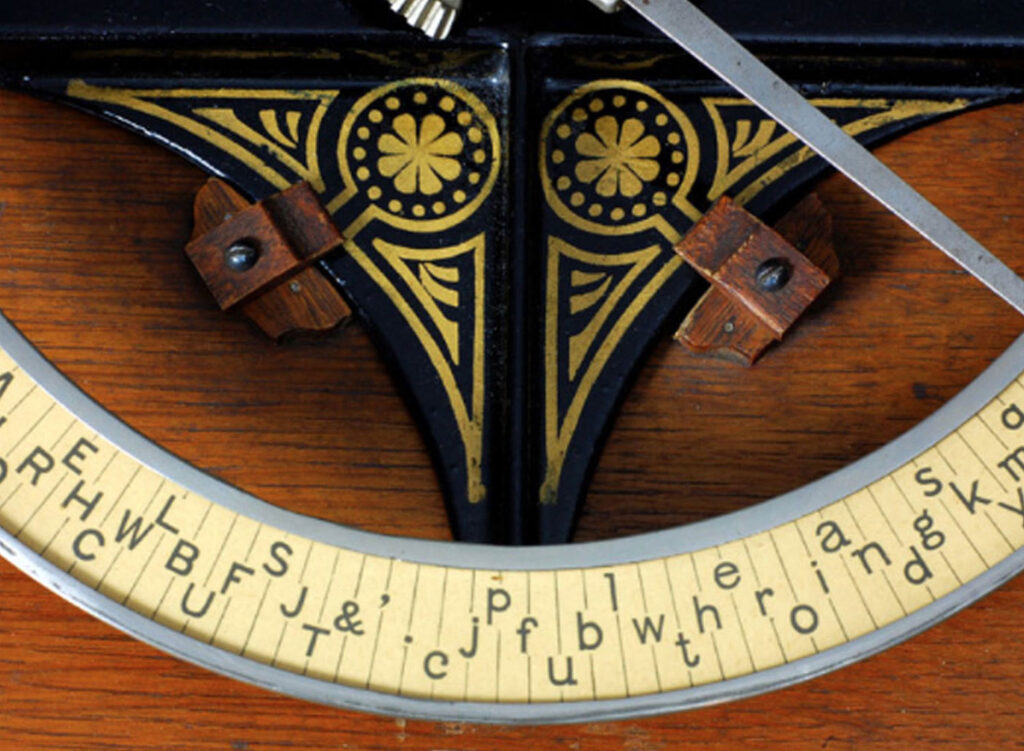 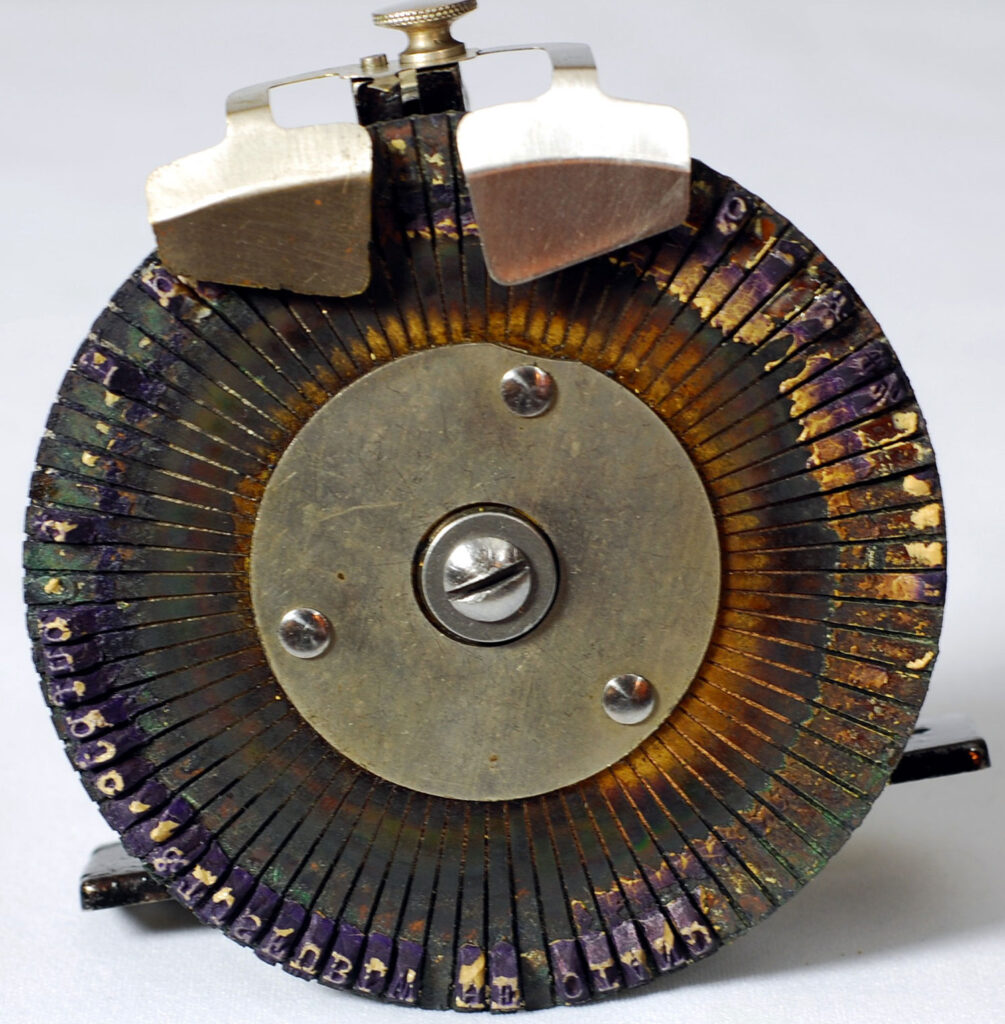 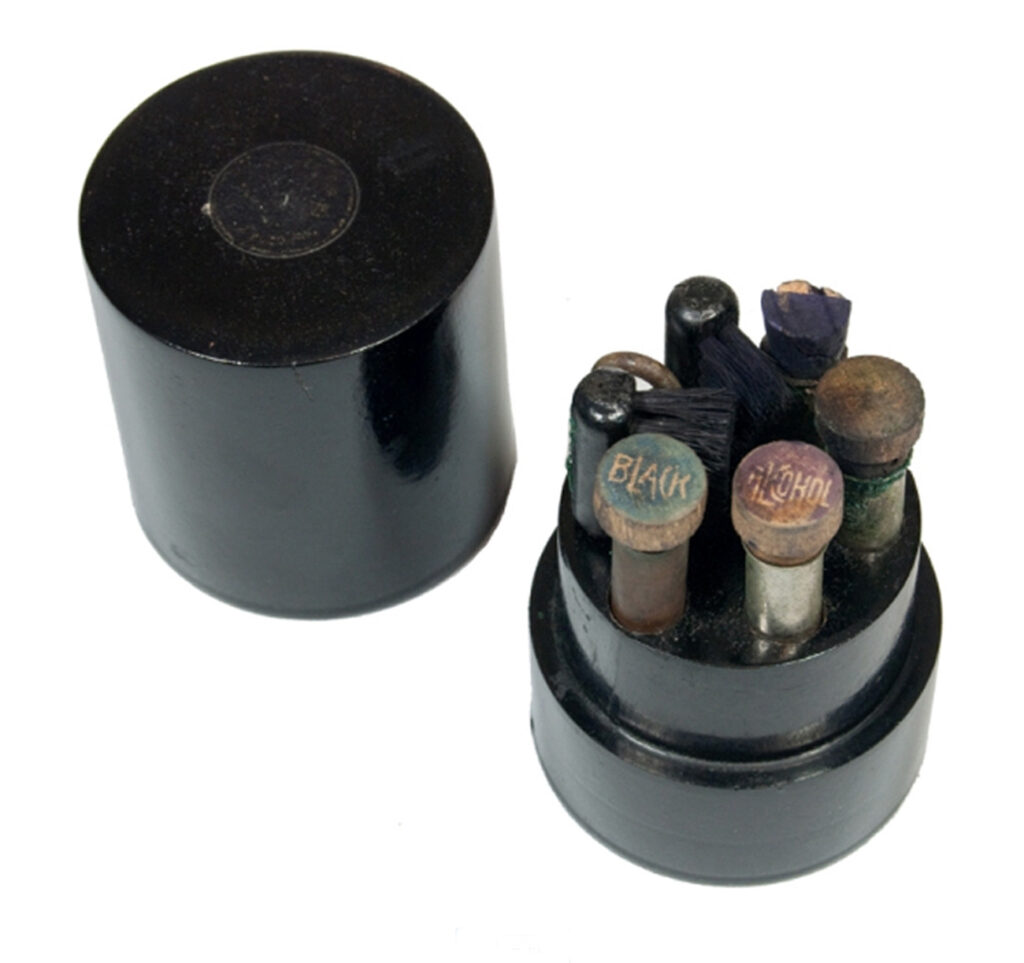 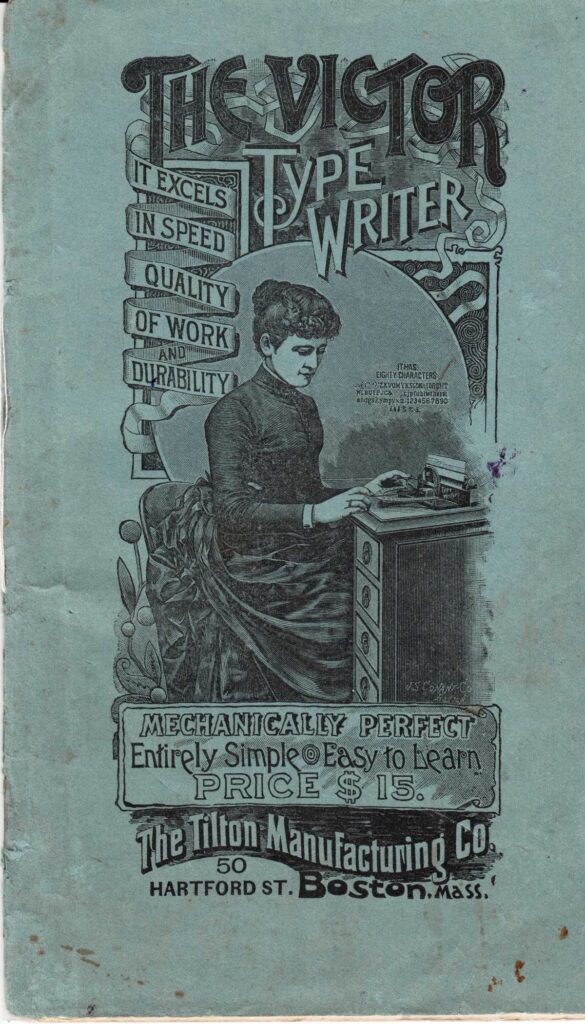 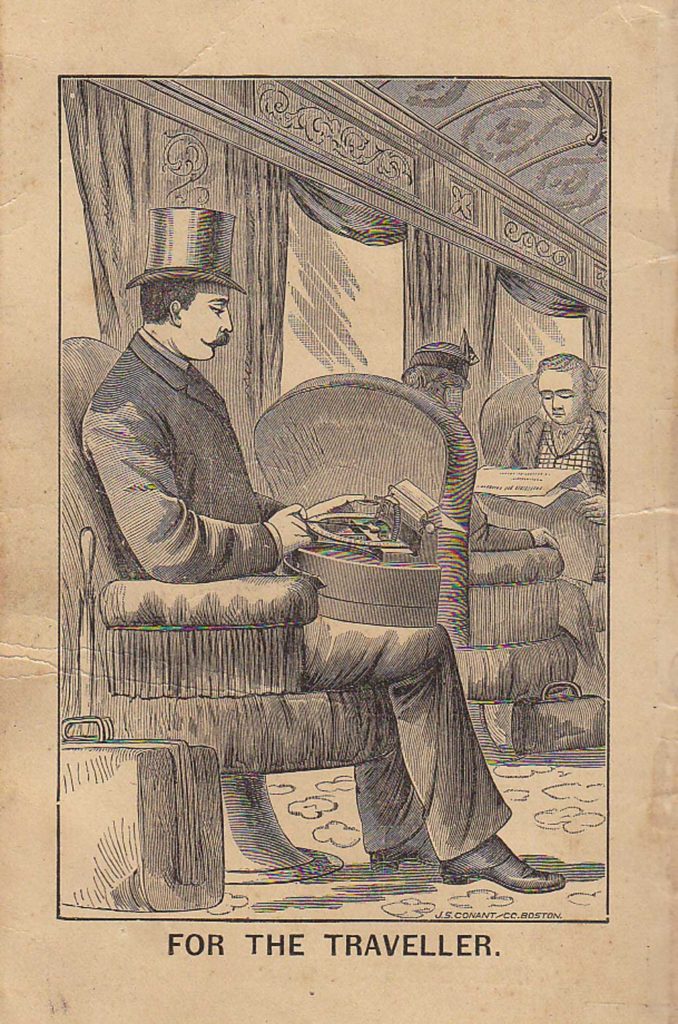 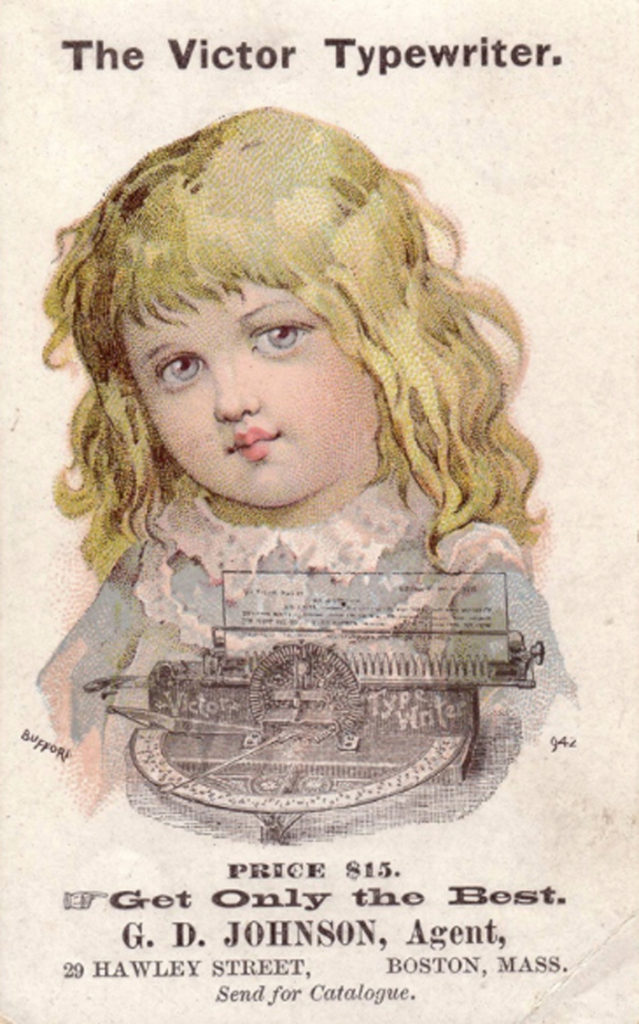 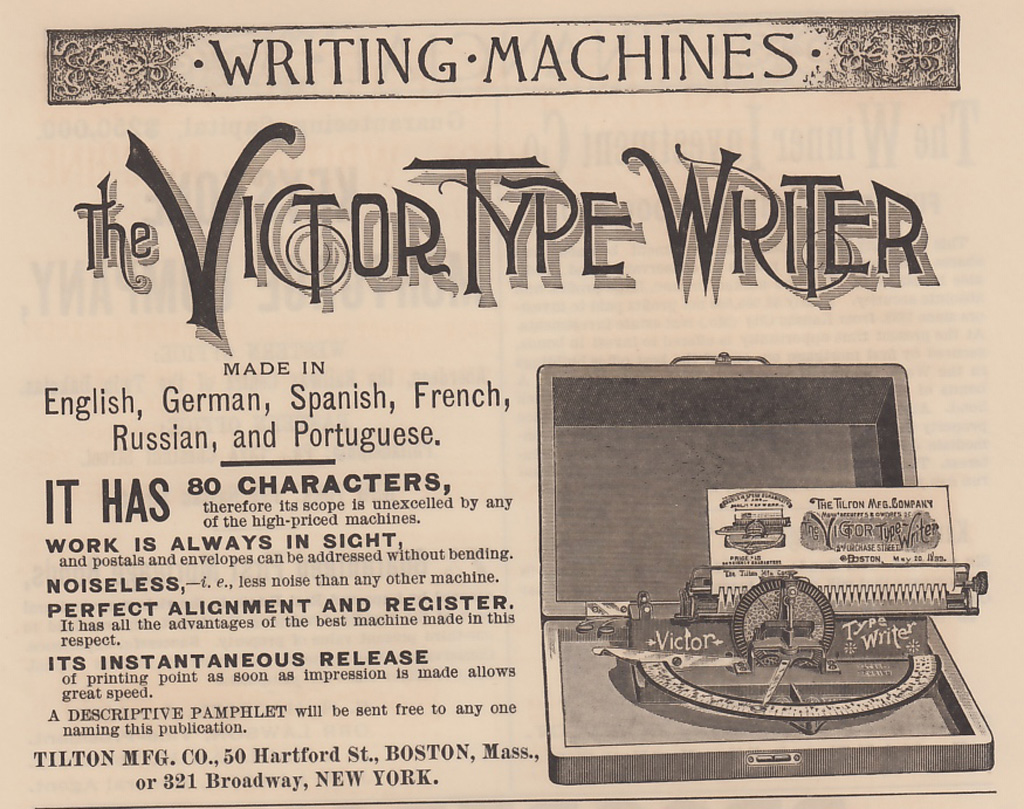 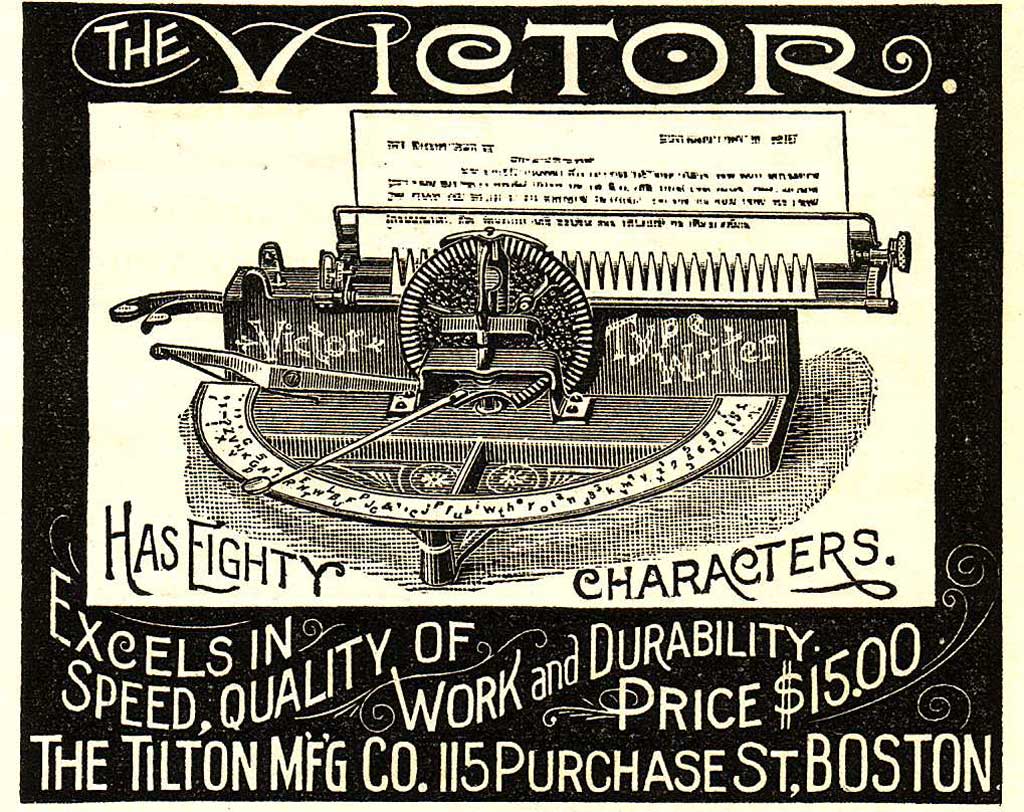 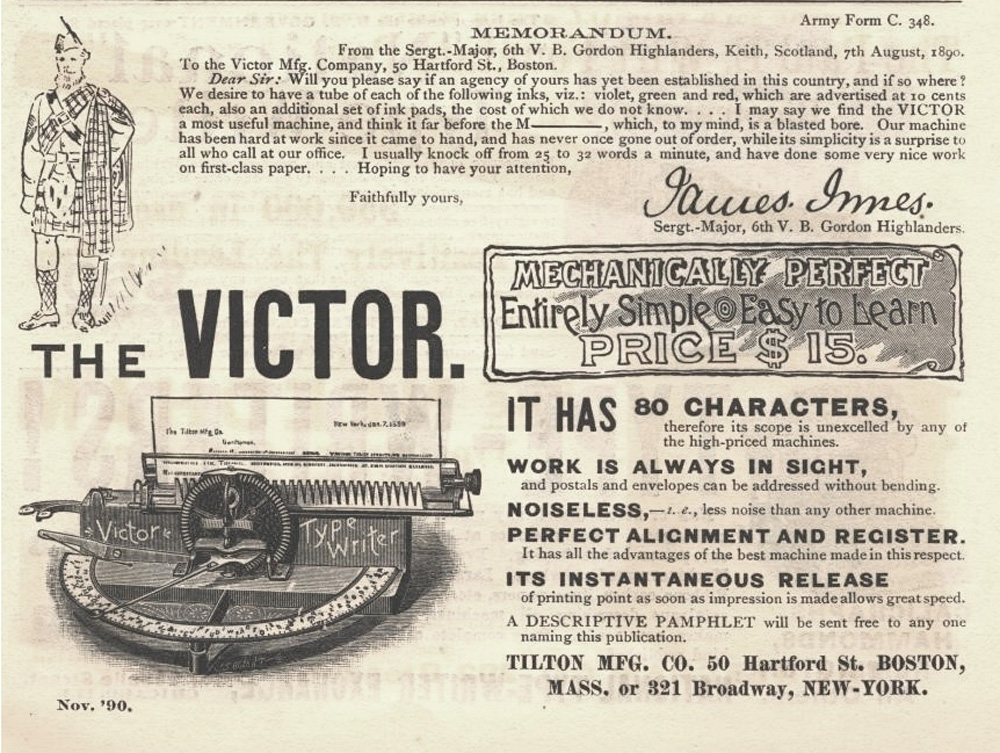 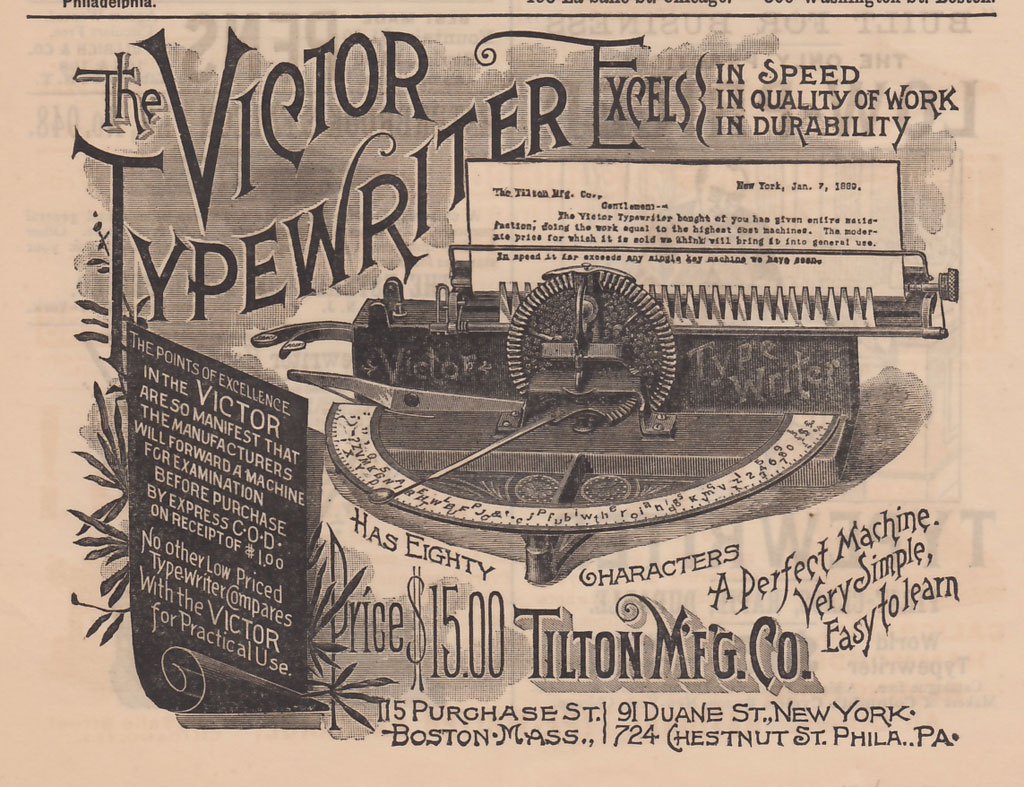