‘The Waverley Typewriter’ – An illustrated article

The handsome and beautifully engineered Waverley typewriter was made in London and despite the great efforts of its inventors Higgins and Jenkins (see portrait below of Henry Charles Jenkins), was on the market for only a short period of time from 1895 to 1897 with the company in receivership by July of 1897. Higgins and Jenkins had begun work on the Waverley in 1889 as conveyed in this sentence from Jenkins’ application to The Institution of Civil Engineers (1891), “.. and in 1889 he [Jenkins] left to superintend development of and design plant for manufacturing of patented machinery; now in progress at 34 Baldwin Gardens W.C. under name of Higgins snd Jenkins.”

The distinguishing aspect of its design is the position of the type bars, which stand vertically behind the platen and swing down towards the typist to strike the top of the platen when typing. This was all about giving visible tying, where one could see what one had just typed. However, with the escape for the paper blocked by the type bars, the carriage design became quite complicated. To get a sheet of paper ready for typing, the bottom edge is pushed back a few inches on the three prongs that are seen under the three hoops of the paper bail in front of the carriage. As one types the paper goes up and around the platen and curls up into a cylinder in the paper bail (see photo below). The paper is then pulled out sideways.

The Waverly has some other special features, notably a shifting system that disengages all of the lowercase type bars and engages an entire set of type bars for uppercase. Each Waverley type bar has only one character on it, not the two or three characters normally seen on a type bar for a typewriter with a shift key.

It has the seemingly clever feature of allowing one to simultaneously push the spacebar when typing the last letter of a word, so one is immediately ready to type the next word. It is hard to say though how much time is actually saved with this innovation.

“An English made Typewriter for Englishmen.”

“The old-fashioned machines made light of VISIBLE WRITING, saying it is of no importance. Do not be misled, watch any of their operators and note the time occupied in lifting the paper carriage to inspect the work” 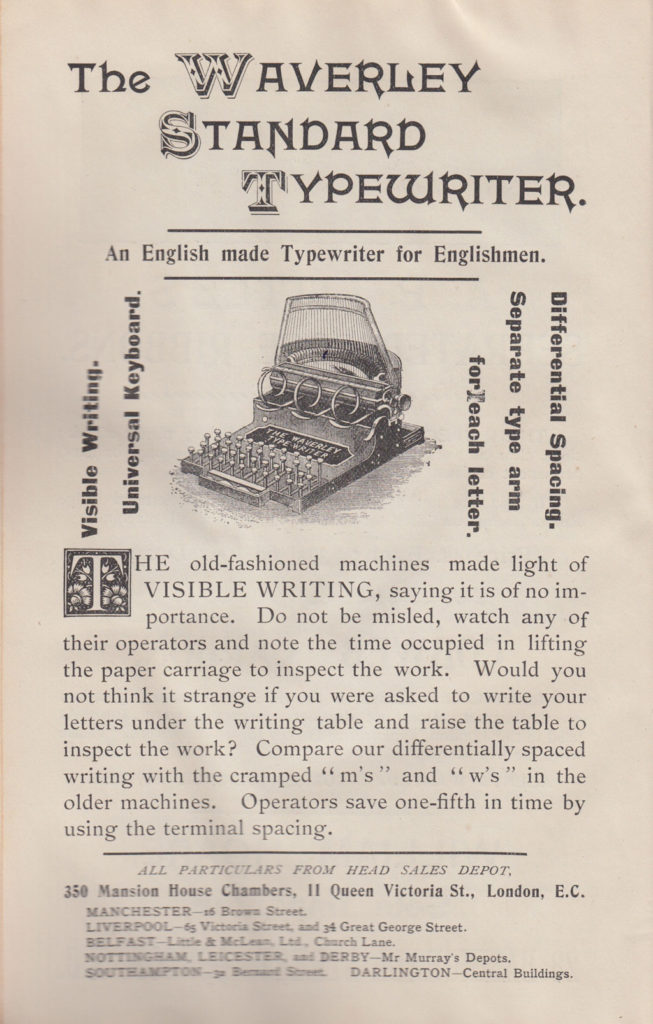 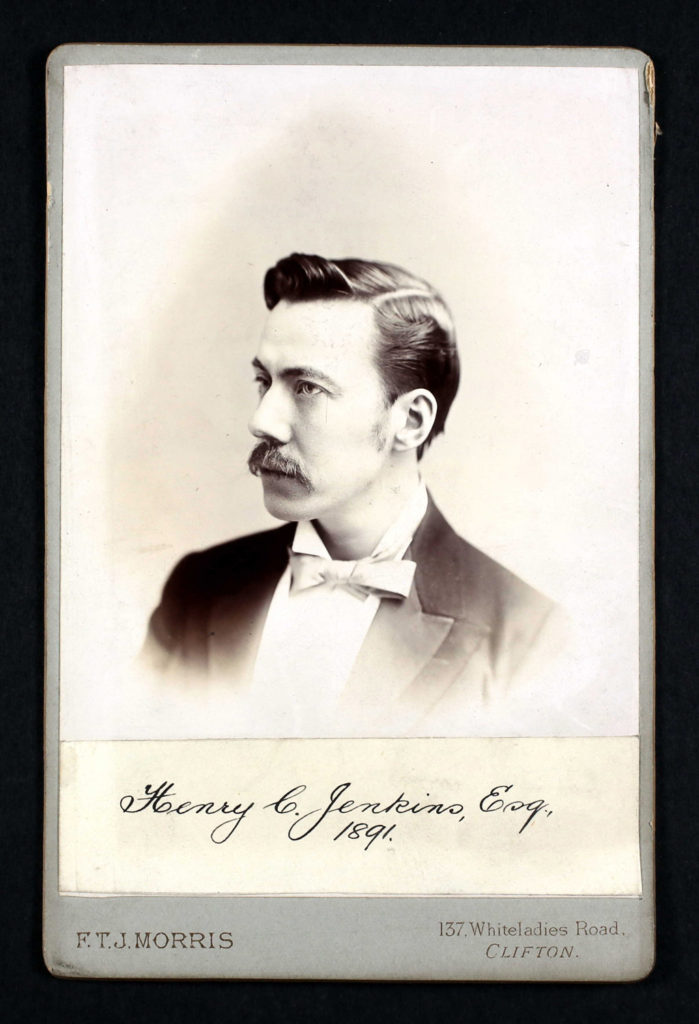