The Perfected 4 was used by telegraph operators, ’business houses for billing’ and ‘general correspondence’.

The Remington typewriters at this early time were being marketed by Fairbanks, Moorse & Co., famous makers of scales. Seen below is the front page of their typewriter marketing pamphlet and their notice of an award given to the Perfected 4 for ‘Superior Merit’ at the Paris Exposition in 1878.

Like a quality bicycle, the Perfected 4 has brilliantly designed components that are easy to remove and are in the simplest form to do their job. This typewriter is indeed Perfected.

This typewriter originally sold for $125, the same price as the Sholes and Glidden.

“It substitutes the pen or pencil in everything except making useless flourishes.”

“The necessity of the age is now met, and rapid thinkers and quick workers have an unfailing assistant.” 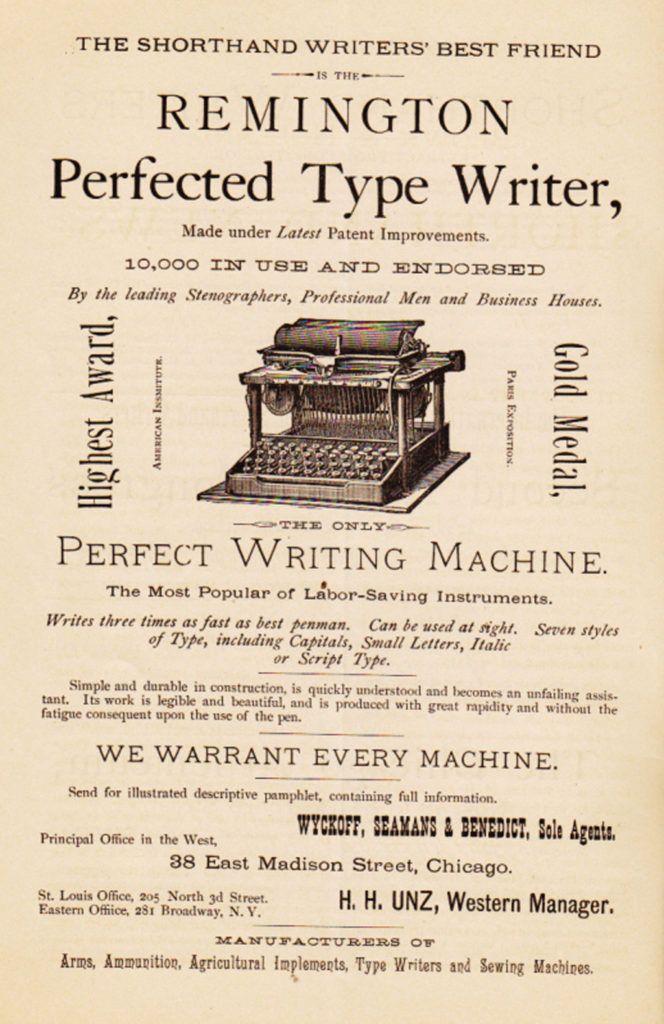 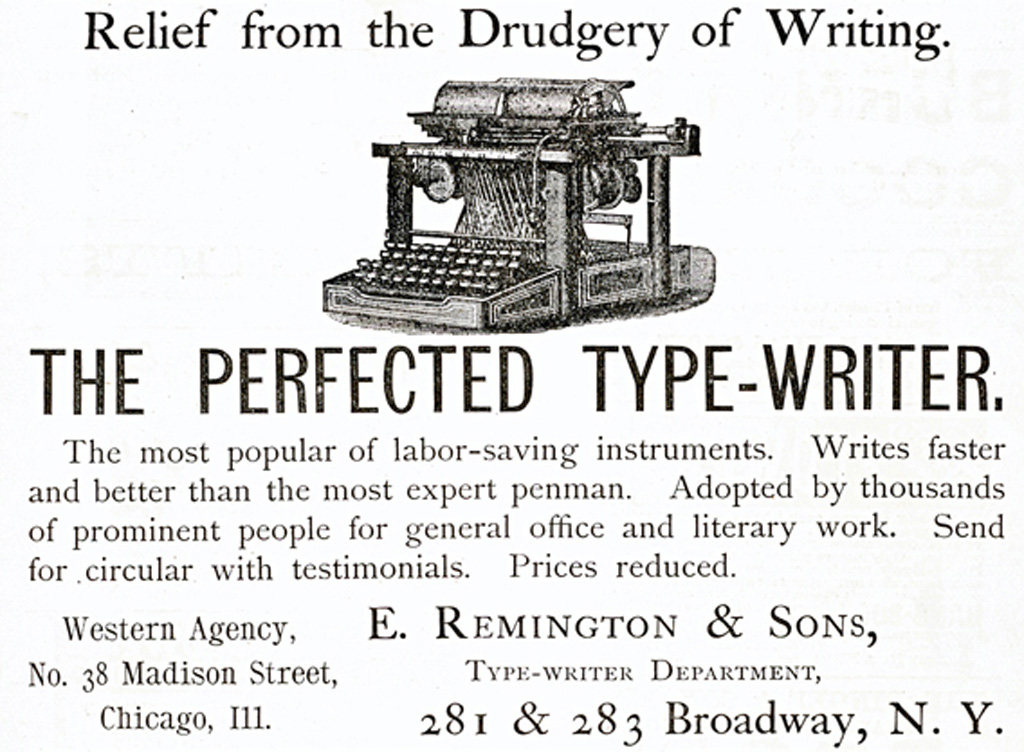 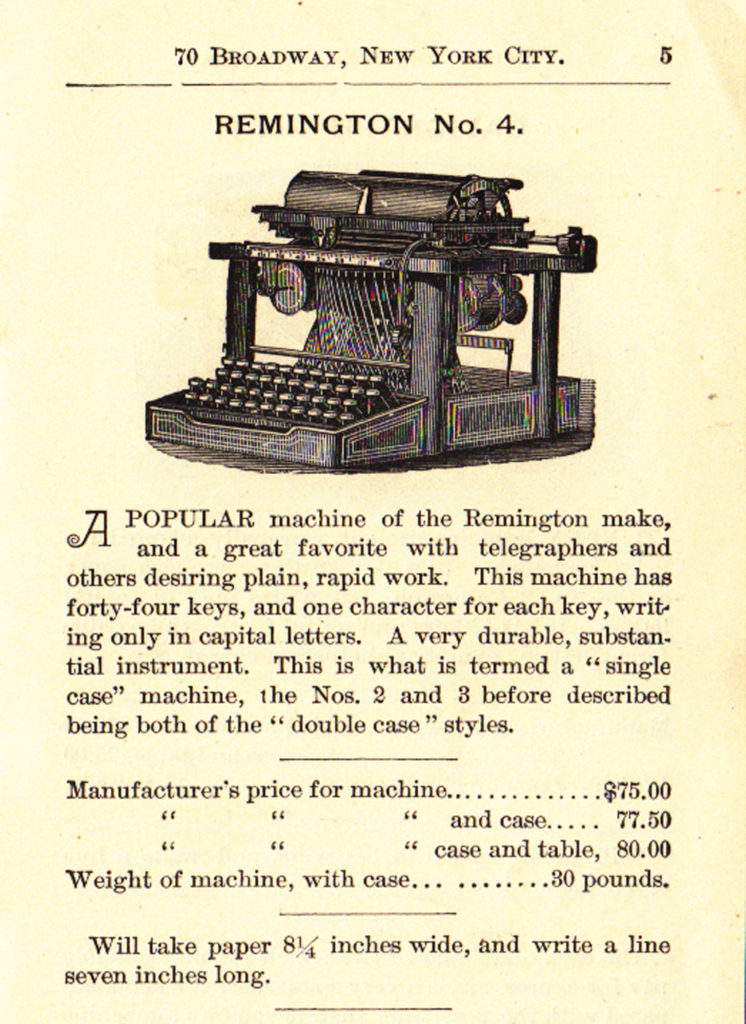 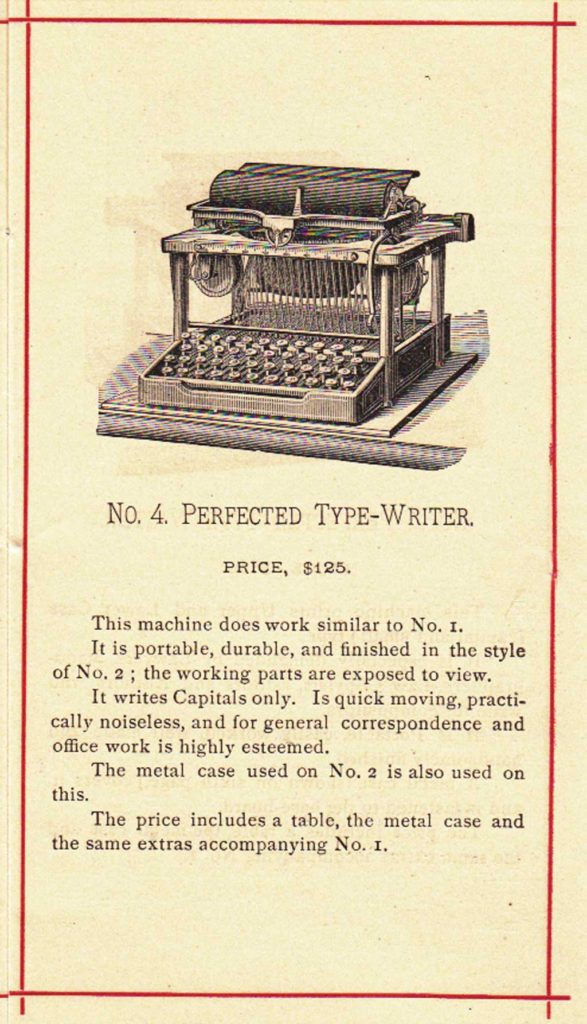 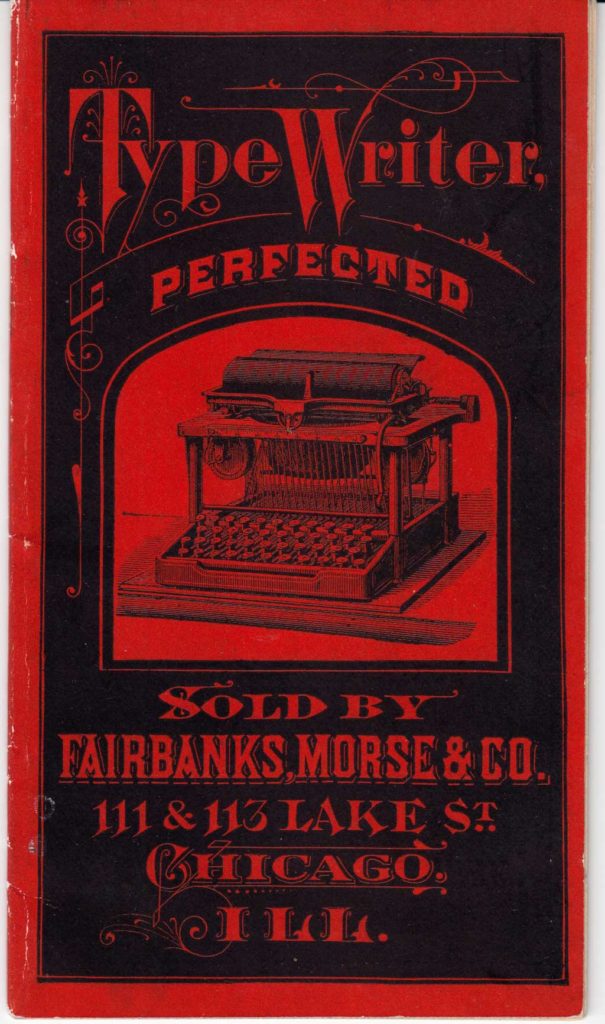 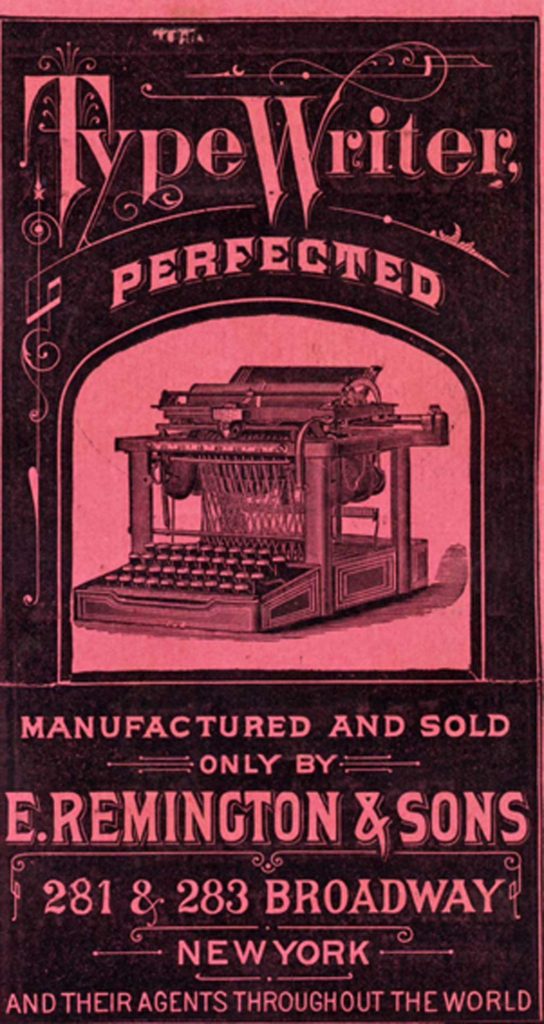 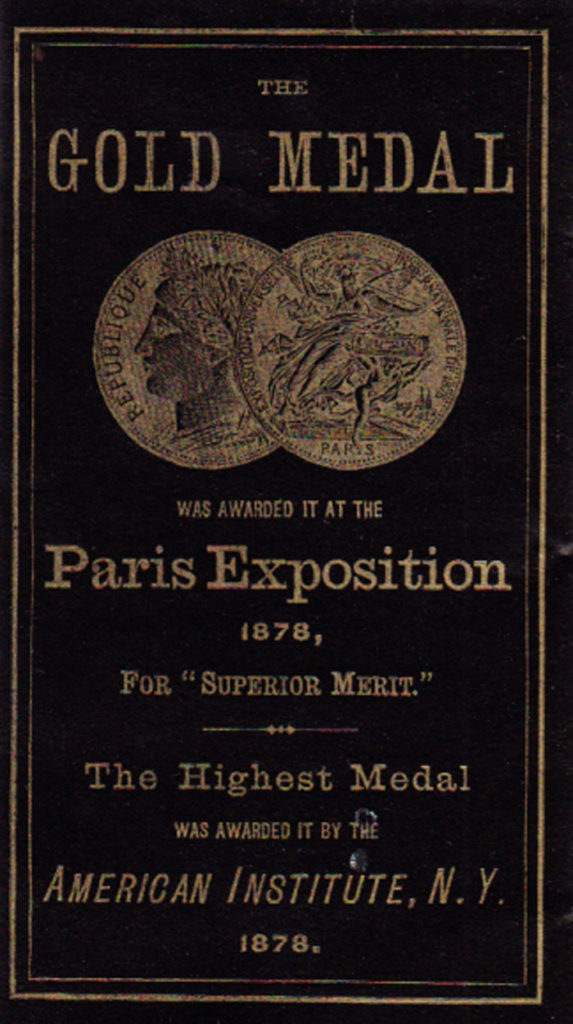