The Salter 5 is a fine example of a Victorian designed typewriter with its elegant form and gold decorative motifs.

The Geo. Salter & Co. of West Bromwich (see factory below) patented their typewriter in 1892 and began manufacturing in 1896. Model 5 was the first designated model number that they used. As with other 19th century typewriters, model 1 was sometimes renamed with a later model number to give the impression that the typewriter was proven and successful.

The Salter Co. were well known at the time as the makers of spring scales and in particular penny scales, which were a common feature in train stations and other public areas. Today, the Salter Company is the largest maker of British scales.

When I was restoring this typewriter it was interesting to see, despite its delicate look, just how substantially it was constructed with very thick pieces of metal used throughout its construction. It was built well beyond the structural needs of the typewriter. I had the clear impression that they were building into their typewriter, the same strength requirements that their penny scales required.

The typewriter has two shift keys, for uppercase and figures. As a result only three rows of keys are required. The type bars stand up behind the curved shield behind the keyboard and swing down to type onto the top of the platen. To see what you have typed one looks up and over this shield, so no slouching in the chair. 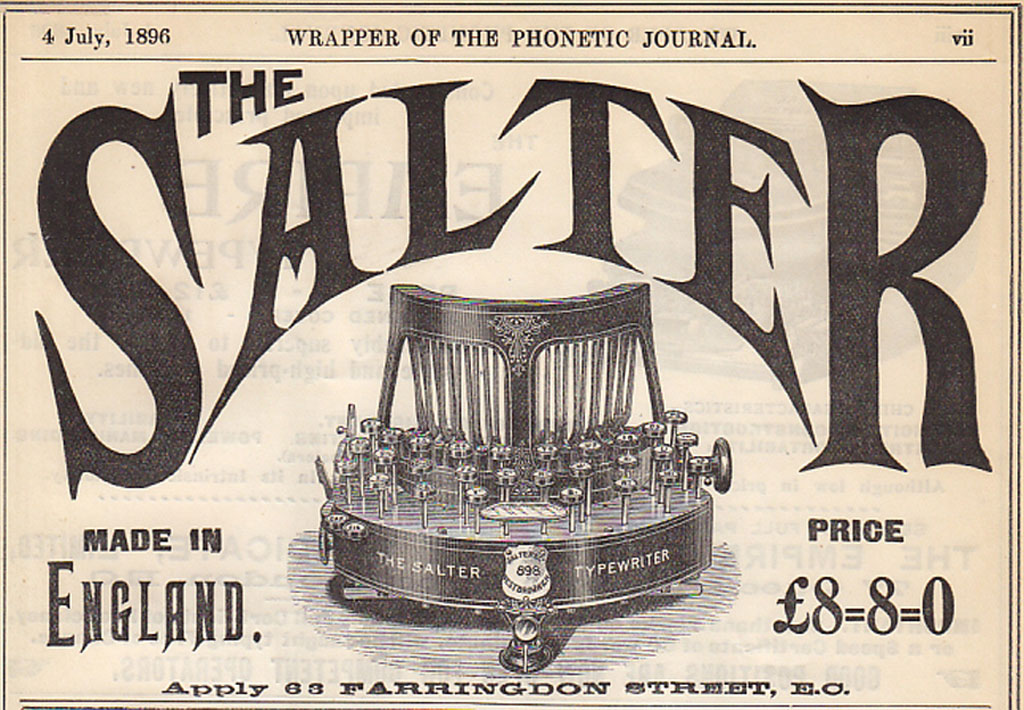 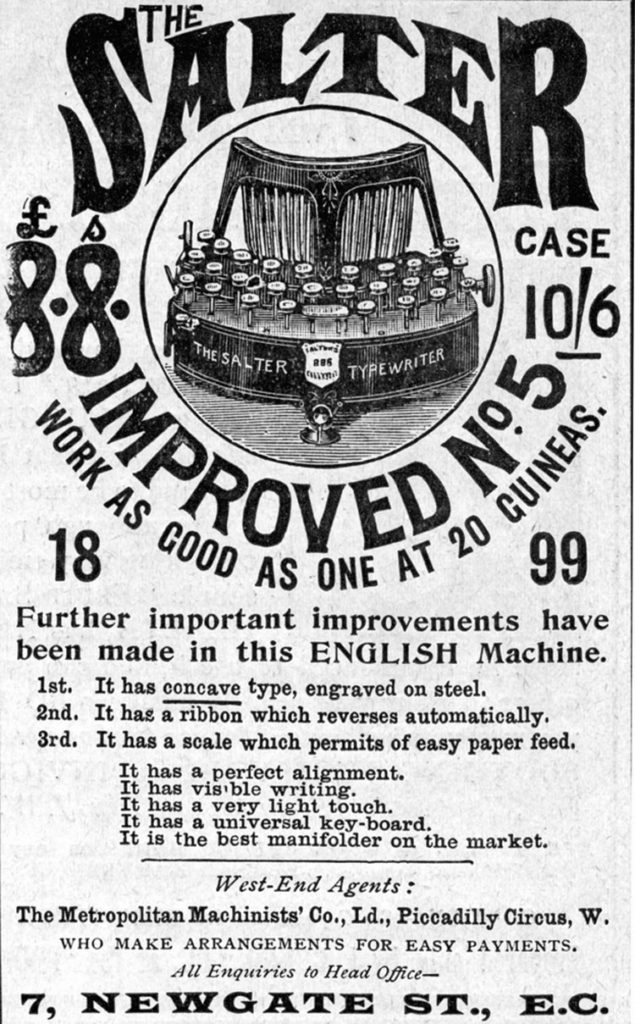