The North’s typewriter has the rare design feature of having its type bars stand up vertically behind the carriage. This gives visible typing, with the type bars swinging down to the top of the platen. However this configuration creates a complicated paper-handling situation that requires two holding ‘baskets’ within the carriage, one for the paper to be rolled into before typing (positioned on the back of the carriage) and the other for the paper to roll into as one typed (positioned on the front of the carriage). So visible typing was achieved but only to the extent that a few lines could be seen before the paper advanced into the front holding basket.

The typewriter got its name from Lord North, who bought the factory where the English typewriter had been made in 1890 and financed the development of the North’s typewriter which appeared in 1892.

Only four typewriters were ever made with this, behind the carriage, configuration of type bars and those were, in addition to the North’s, the Waverley, Fitch and the Brooks. The Fitch and the Waverely can be seen in this collection.

The delightful illustration shown below, from the Illustrated London News of 1994, shows ‘performers on the North type-writer’ at an exposition.

The North’s originally sold for almost £16, which today is equivalent to £1,500.

“In placing the North’s Type-Writer before the public neither time nor money has been spared to produce a machine worthy of the reputation of English mechanics.” 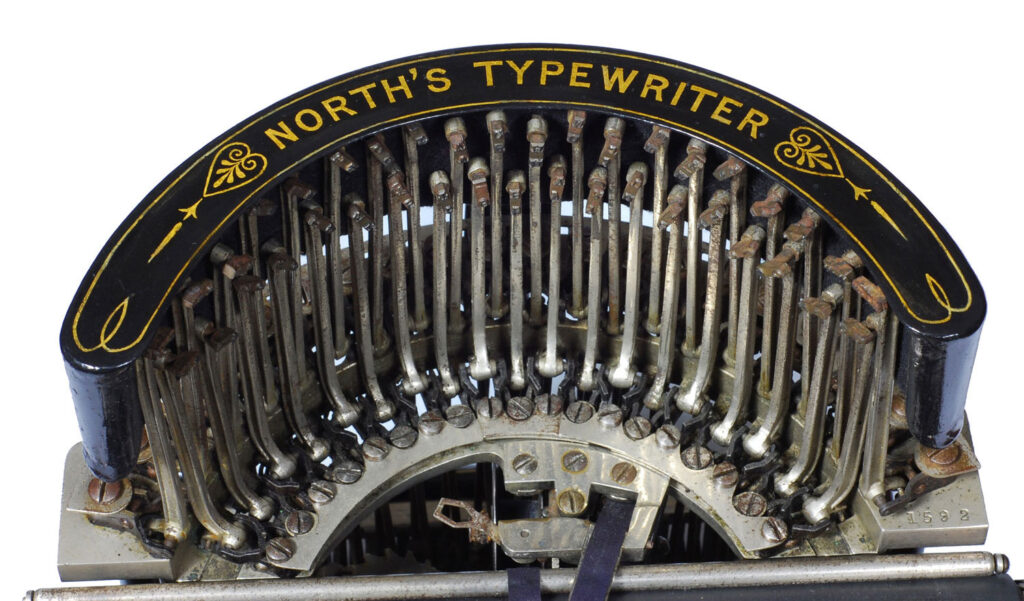 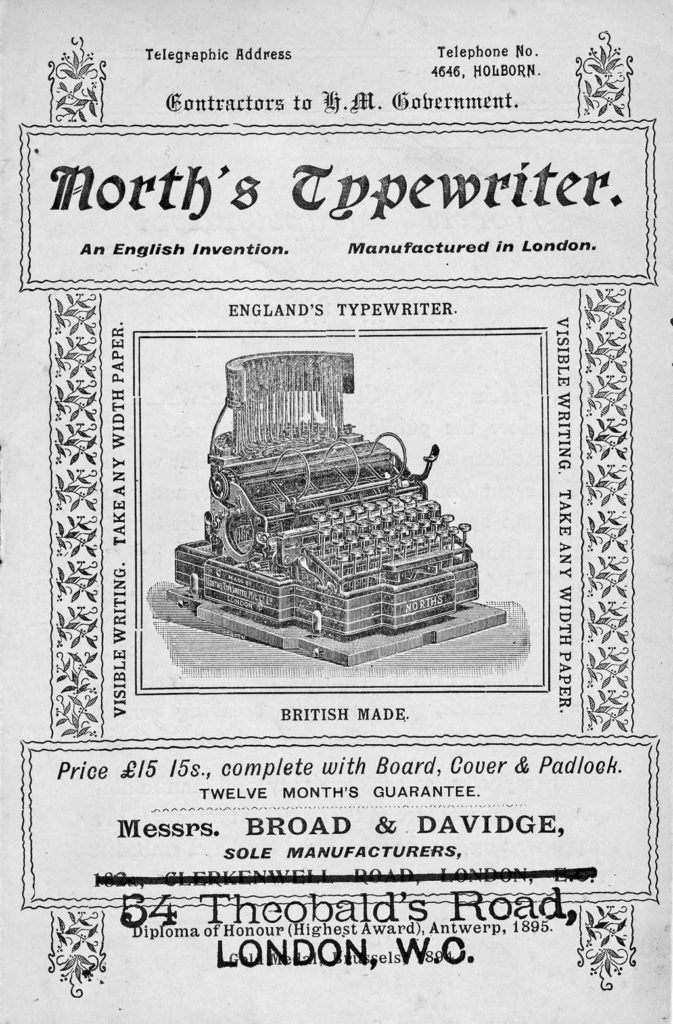 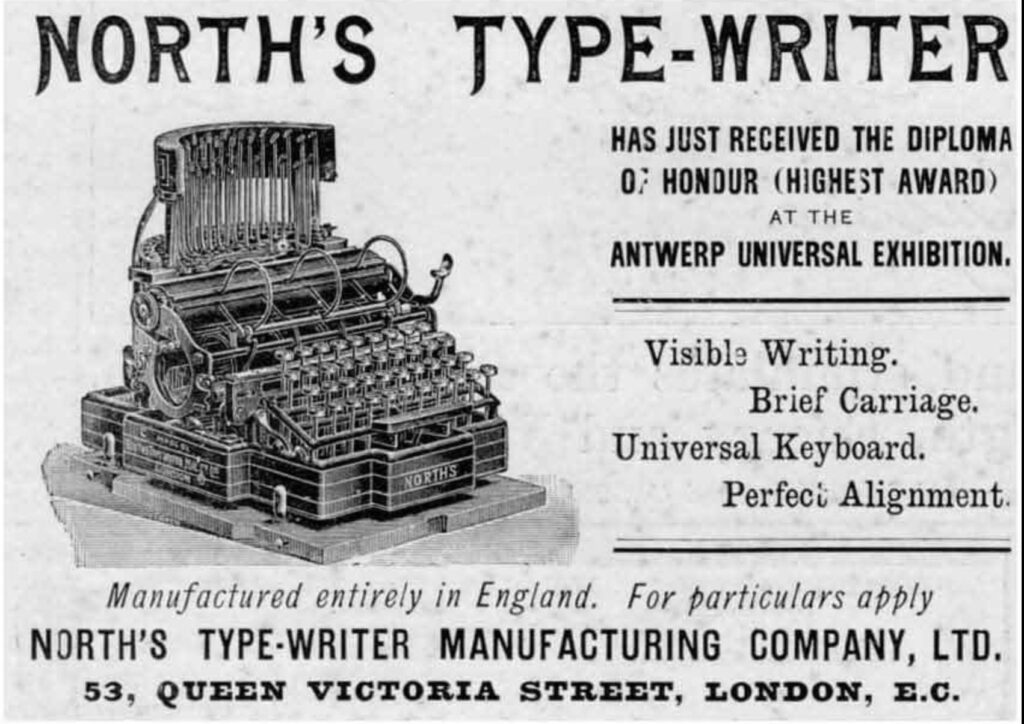 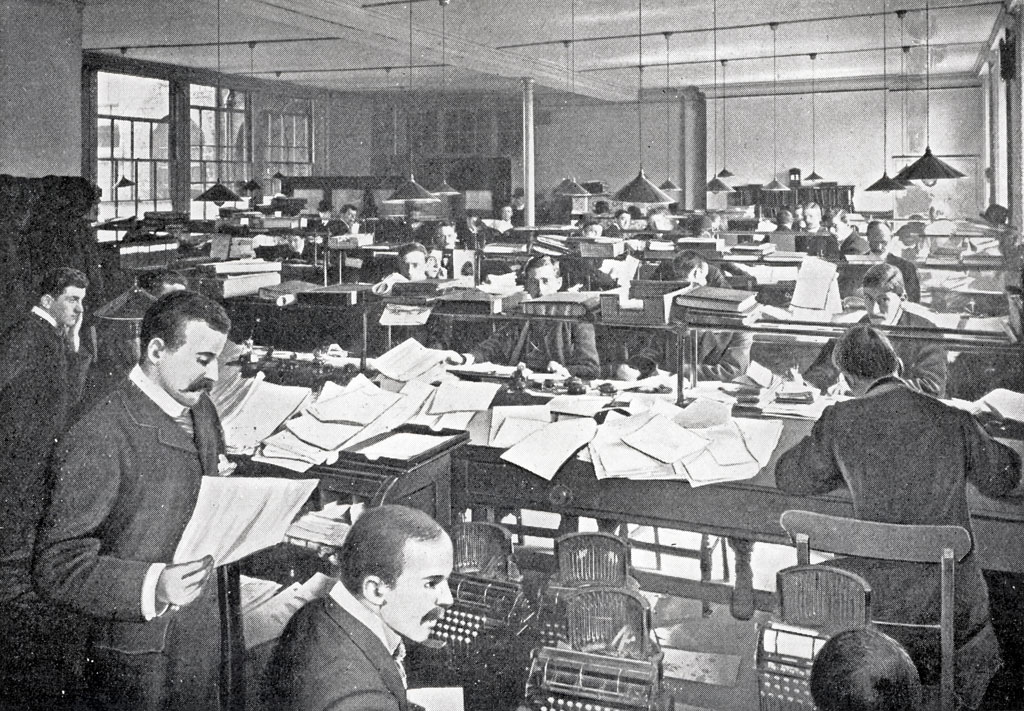