‘The Crandall We Never Knew’ – An illustrated article

This beautiful Crandall 1 features a rich, hand painted, Baroque style decoration (see close up below), with square nickel rimmed glass keys and with serial number 125, it is the second earliest Crandall 1 known.

As the first Crandall brochure correctly states, “The Crandall Type-Writer is radically unlike other writing machine.” The Crandall 1 holds its place in history as the first commercially successful typewriter with a single type element or ‘type-sleeve’ as it inventor Lucien S. Crandall called it.  The type-sleeve (see image below) is a cylinder about the size of ones finger which rotates and rises up one or two positions, to position the correct character, before striking the platen. With two shift keys, 84 characters could be typed with only 28 keys. The type-sleeve is easy to remove, allowing for a change of font style. As stated in the period brochure “It has an interchangeable type-scheme whereby THE SAME MACHINERY MAY be made to print a number of styles of letters, the change from one style to another being made in few seconds.” A selection of type-sleeves were available at $3:00 each.

Another extraordinary feature of the Crandall 1 is that it was the first typewriter to have proportional spacing, with the carriage moving different amounts for the varying width of characters. Here is the description from its brochure, “This machine embodies a peculiar spacing device which causes each letter to take its proper space upon the paper, giving to its work the appearance of ordinary printing.”  To achieve this the carriage moves either 2, 3, or 4 spaces depending on the character width. The Crandall 1 is the first commercially successful typewriter with proportional spacing. The Columbia 1 (patented 1886) and the Automatic (patented 1887) are other early examples of typewriters with this most impressive ability. Both can be seen in this collection.

The Crandall also became the first typewriter to have visible writing, allowing the typist to see their work as they typed.

Lucien S. Crandall was born in 1844 and would become one of the great early typewriter pioneers. All of his designs are very intriguing and his typewriters are brilliantly imagined machines. The Crandall 1 would be his first commercially successful typewriter, appearing on the market in 1883. Here is an account from The Inland Printer magazine from 1886. “With great hopes, founded on most encouraging inquiries, plans were laid for manufacture, at Blodgett Mills, New York, and a few machines were built, when fire destroyed the factory and necessitated a start again almost from the beginning.” It is unknown if the Crandall 1 was actually made in Blodgett Mills or if it was the earlier three-bank Crandall, patented in 1881, that was manufactured there. The sole example of the three bank Crandall resides in the Smithsonian.

After the fire, the Crandall workshop was rebuilt in Syracuse N.Y., just 35 miles to the north, where Crandall 1 typewriters were manufactured from 1883 to 1886.  The factory then moved to Groton N.Y. in 1887, where Crandall 1s were made for an additional four or five months before the Crandall New Model would begin production.

Here are some other interesting features.

The only known photograph of Crandall is shown below. ‘He enlisted with the 109th New York Volunteer Infantry Regiment on August 27, 1862. He was still 18.  He served as a private for the last two years and nine months of the American Civil War, surviving 12 major battles (all in the last 11 months of the conflict) without injury.’ (OZ Typewriter)

“The wonder of the age, Crandall Type-Writer!”

“It is small, light, and handsome instrument, which may be operated on one’s lap or any convenient desk or table with the greatest ease” 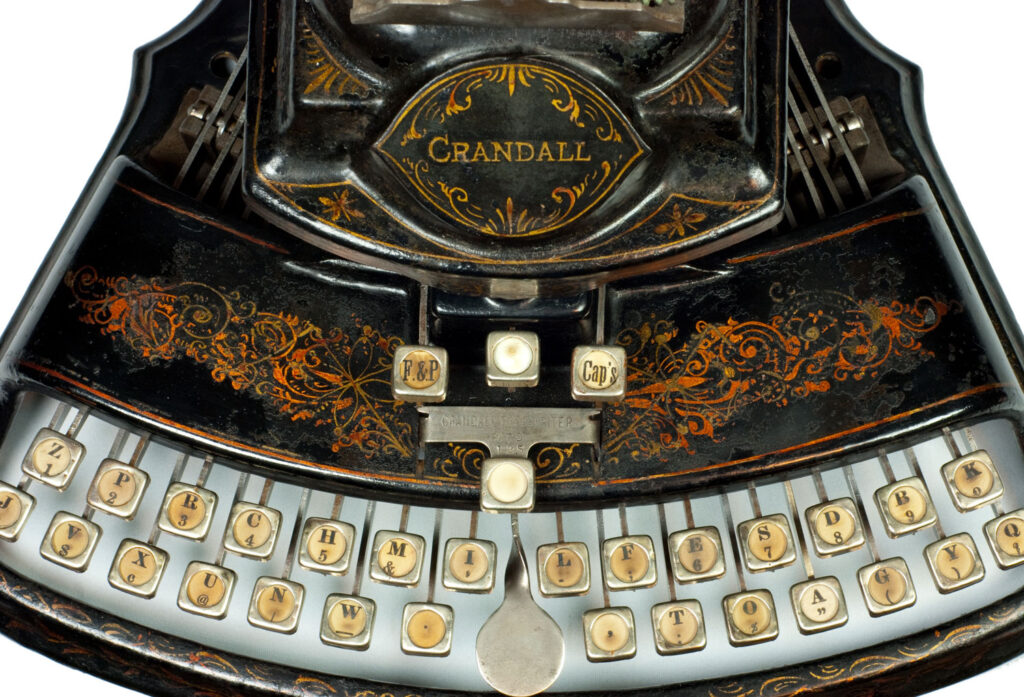 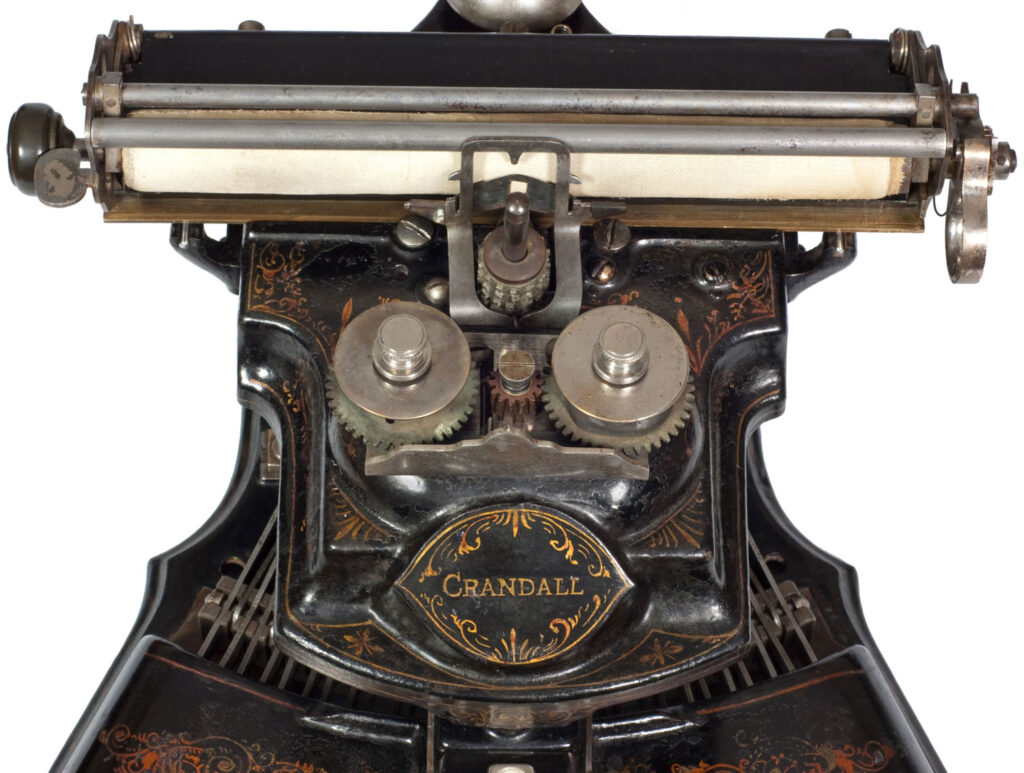 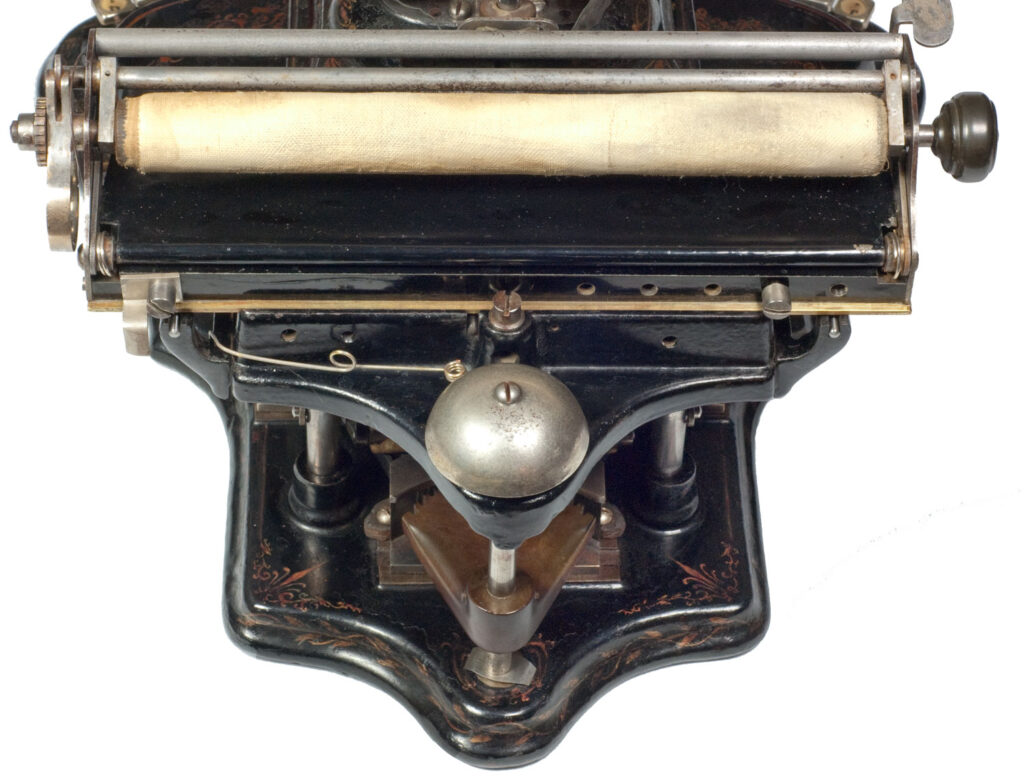 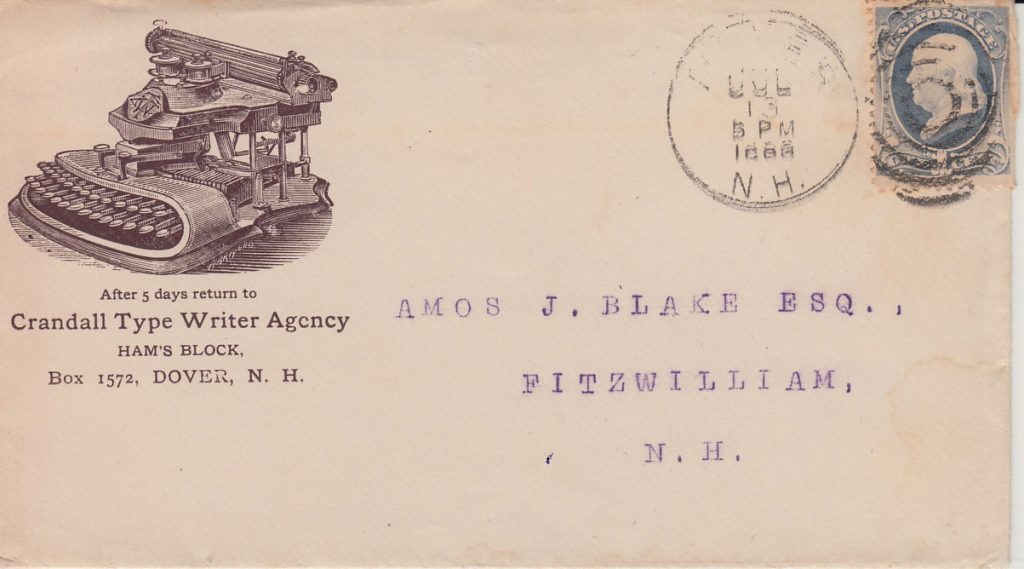 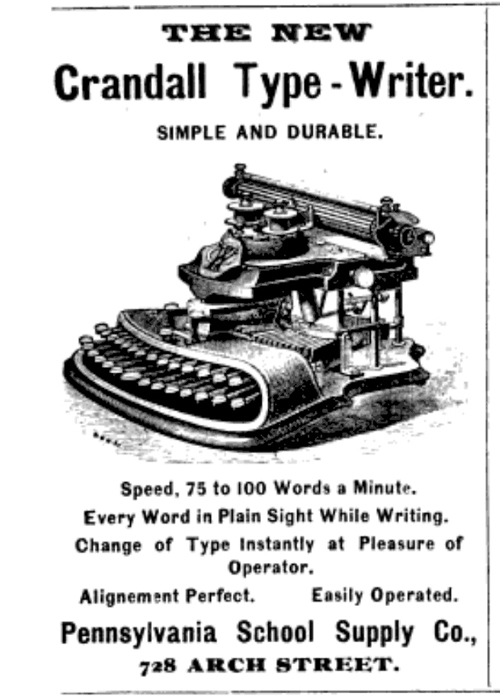 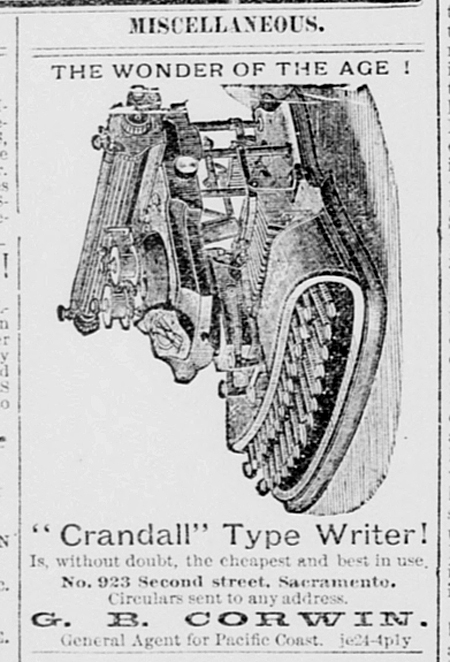