Sterling Typewriter Company, Newark, New Jersey, The Sterling typewriter was offered as a less expensive typewriter, priced at only $25.00, compared to $100 for other keyboard machines.1905 – serial no.1542 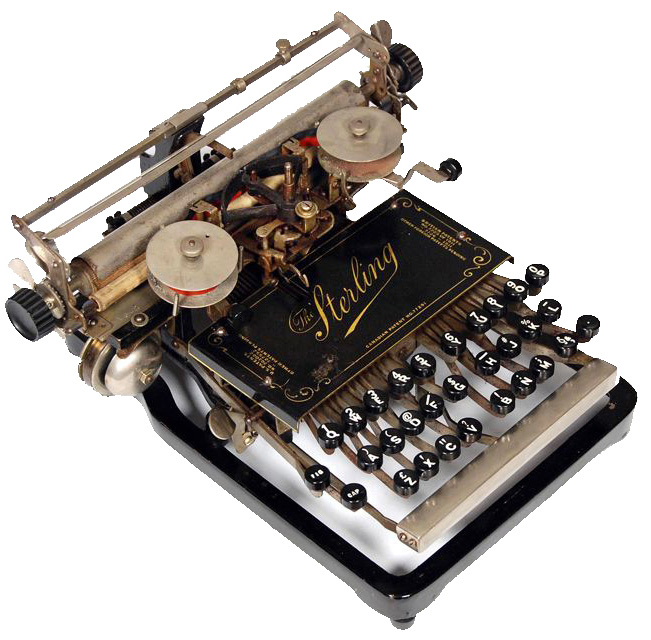 The Sterling typewriter of 1905 was a mixture 19th and 20th century design and manufacturing technology. Instead of the standard type-bars and four row keyboard of the 20th century typewriters, it had a swinging sector type-element and a three-row keyboard (with a double shift) giving three characters for each key. The construction of the Sterling was also mixed, with a 19th century cast iron frame but with many pressed metal moving parts (not machined or cast), showing the cheaper means of production that was appearing in machines at the beginning of the 20th century.

Very little is known about the Sterling typewriter and today model 1 is very rare, with only a handful known. Model 2 is also rare, with perhaps a dozen known.

Paulson was a professional inventor and patented many devices including a ‘means for securing measuring instruments centrally in bottles’, ‘means for renovating phonograph-needles’, and a ‘soap bubble generator’.

The Sterling was offered as a less expensive keyboard typewriter, priced at only $25.00, compared to $100 for other keyboard machines. A rare marketing reference for the Sterling 1 conveys this market position.

“Among the various typewriters that are being produced in the United States with the object of furnishing machines to those who are either unable or unwilling to pay the price of the regular standard machines, mention might be made of the Sterling Typewriter now being offered for export by the H. M. Nelson Company, Ltd.” 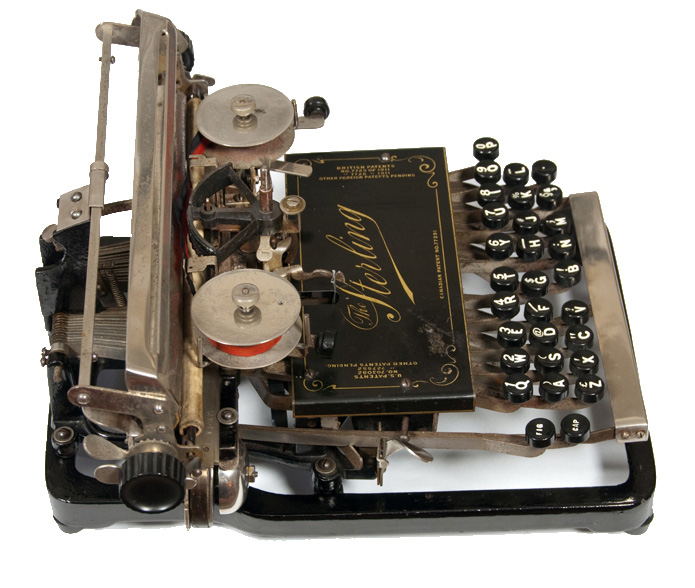 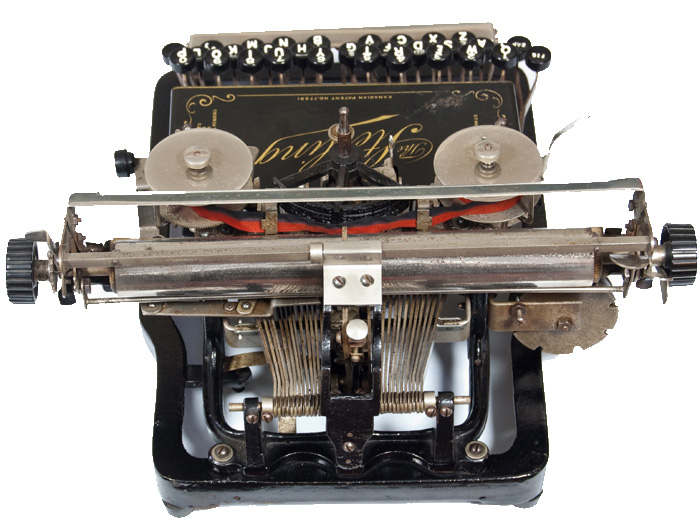