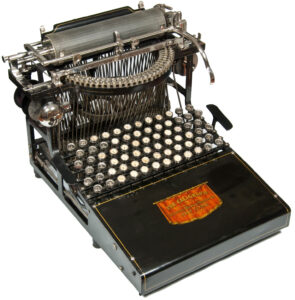 A short video of the Caligraph 2 working.

A Scientific American article (March, 1886) about the Caligraph, presented the perceived advantage of the double keyboard by stating “Up to 1881, when the American Writing Machine Company introduced the Caligraph, double case writing machines were incomplete, being so constructed as to compel the operator to shift the carriage by a gratuitous stroke for capital letters and figures. The Caligraph prints each character in both capitals and small letters at a single finger stroke.” Many other double keyboard typewriters would follow.

It was not until touch typing, with the home row for the fingers to return to, became generally accepted during the 1890s, that double keyboard typewriters began to lose favour in the market. In 1888 there was a celebrated typing contest between Frank McGurrin on a Remington 2 (the first typewriter to offer a single shift keyboard in 1878) and Louis Taub on a Caligraph 2. The results of this competition, with McGurrin winning hands down, clearly showed the advantage of having a ‘home row’ for the fingers, allowing one to type continuously without having to glance at the keyboard to see where ones fingers were.

The ‘gratuitous stroke’ of a four row keyboard for shifting was in fact a secondary issue to speed. Ironically, Remington continued to make a front strike double keyboard typewriter (along with their single keyboard machines) right up to around 1913 with the model 10.

You will notice in the first detailed image below, that the platen has longitudinal facets. This design gives full contact with the flat heads of the type bars. Later models had smooth round platens, after manufacturers learned how to grind subtle curves into the type bar heads.

It might be hard to believe the following claim publicized in 1889. “GREATEST SPEED ON RECORD!! T. W. Osborne wrote 179 words in one single minute, and G. A. McBride wrote 129 words in a single minute, Blindfolded, on the Caligraph.” 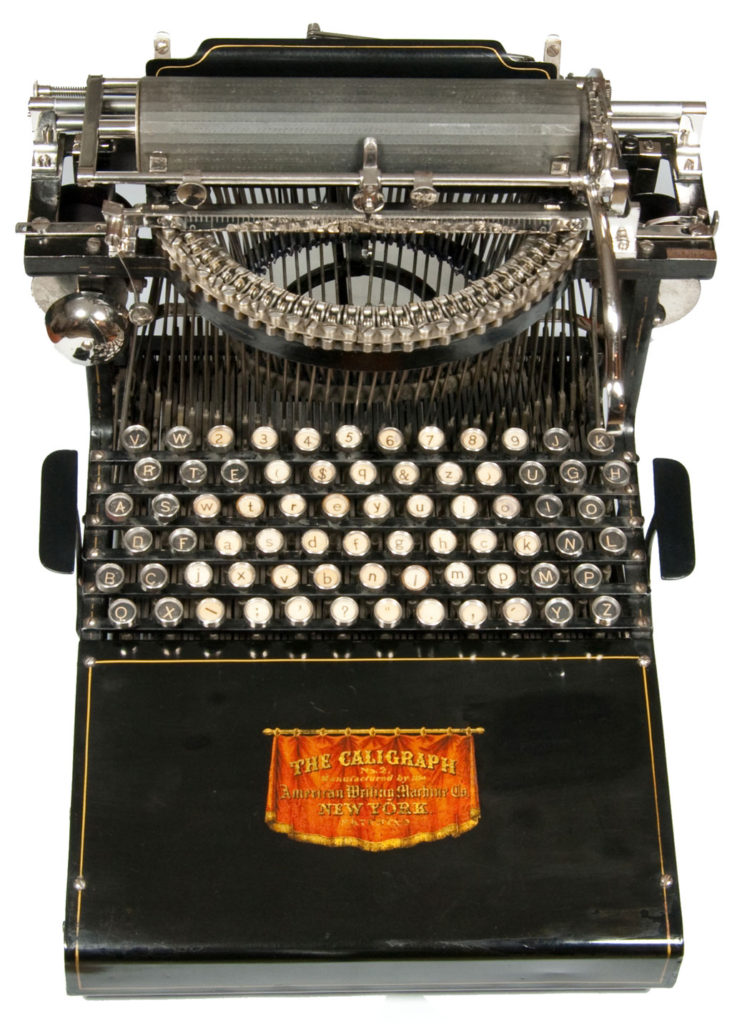 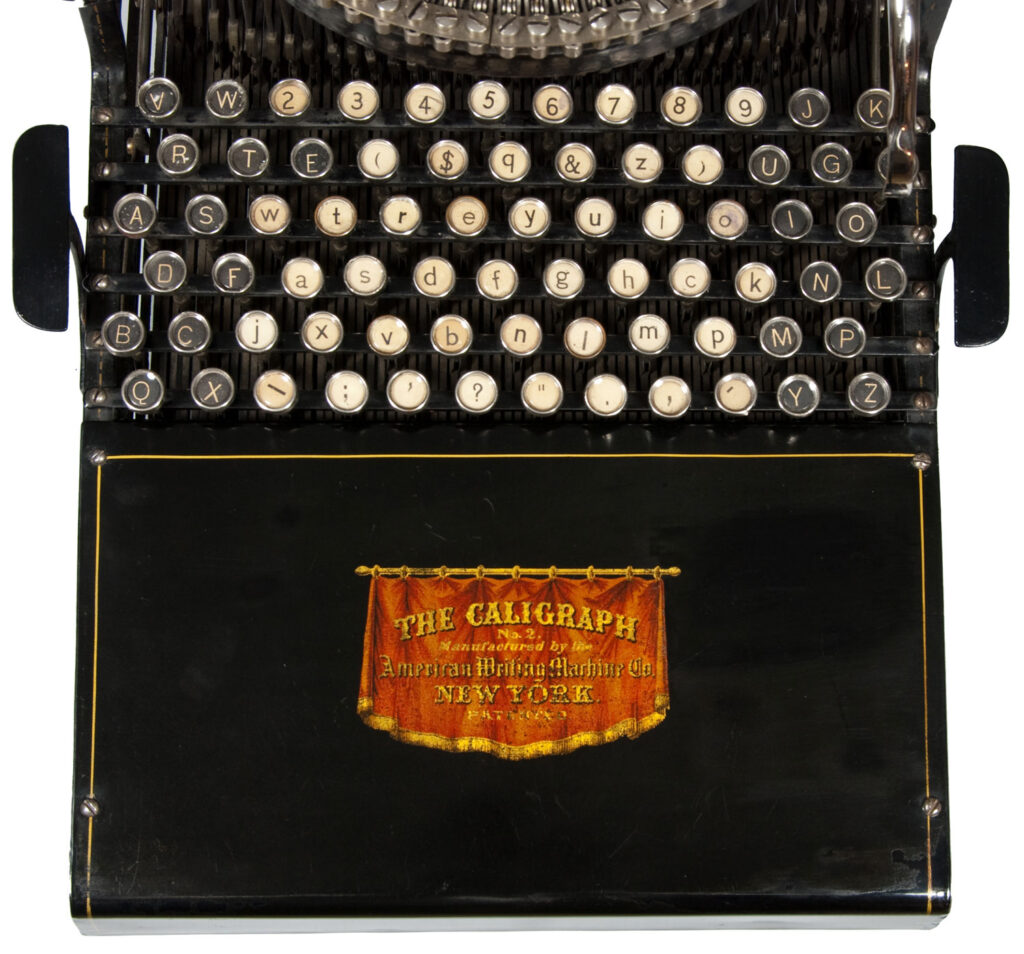 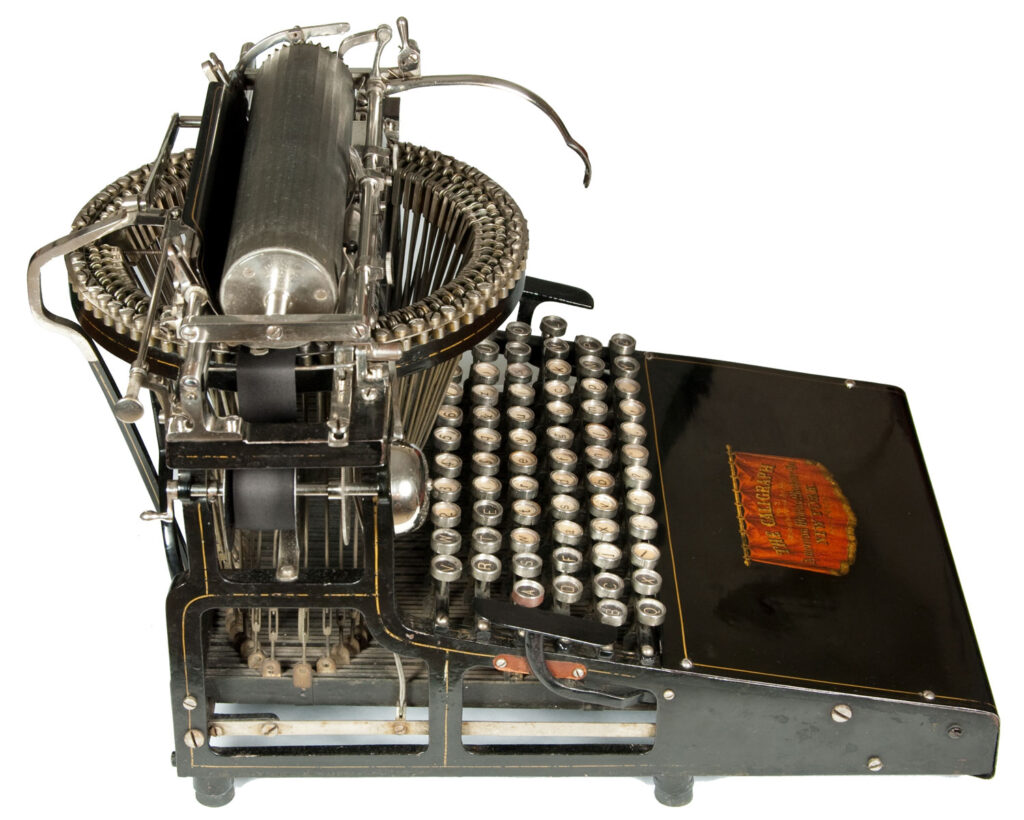 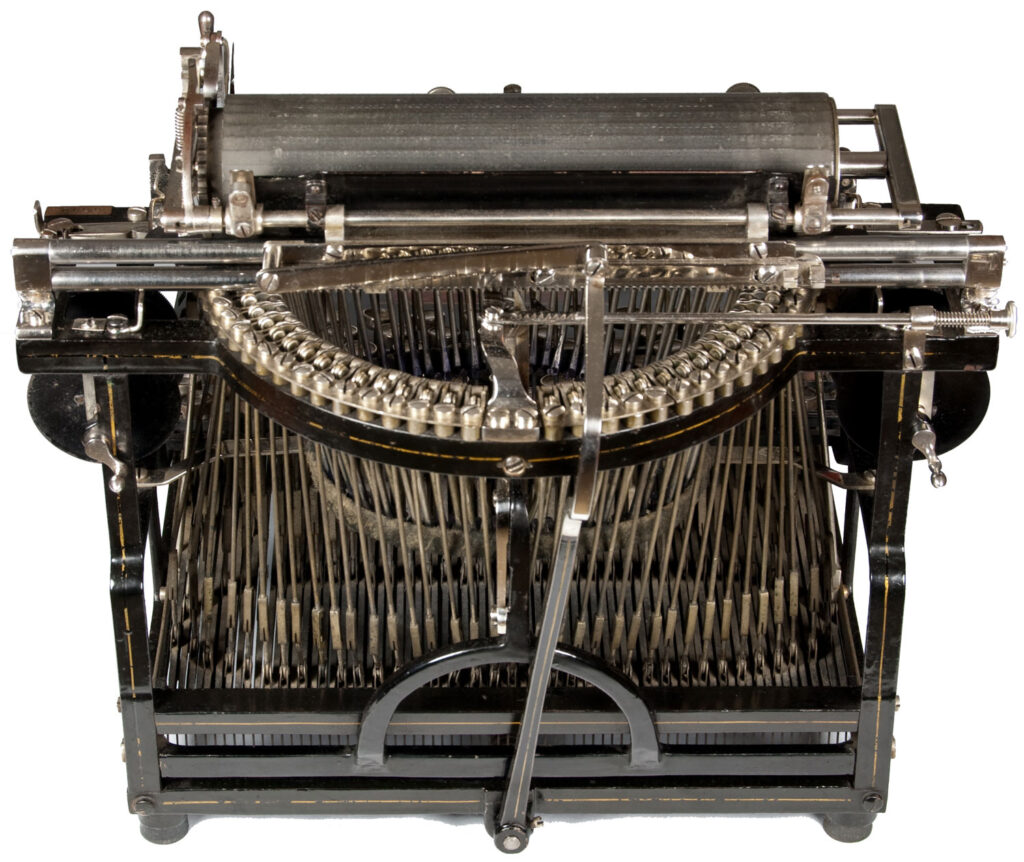 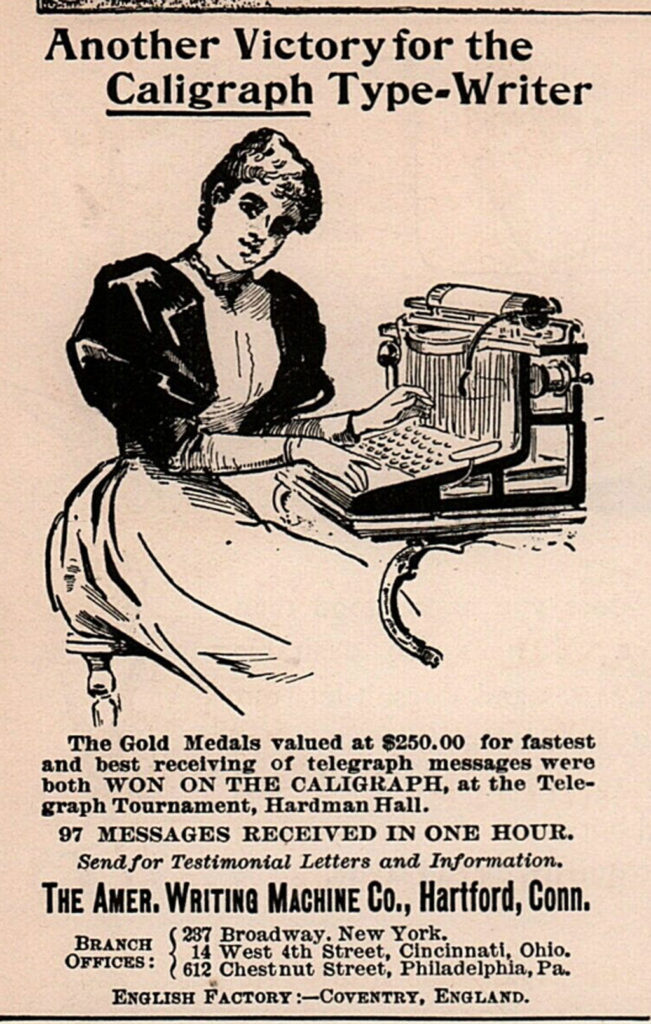 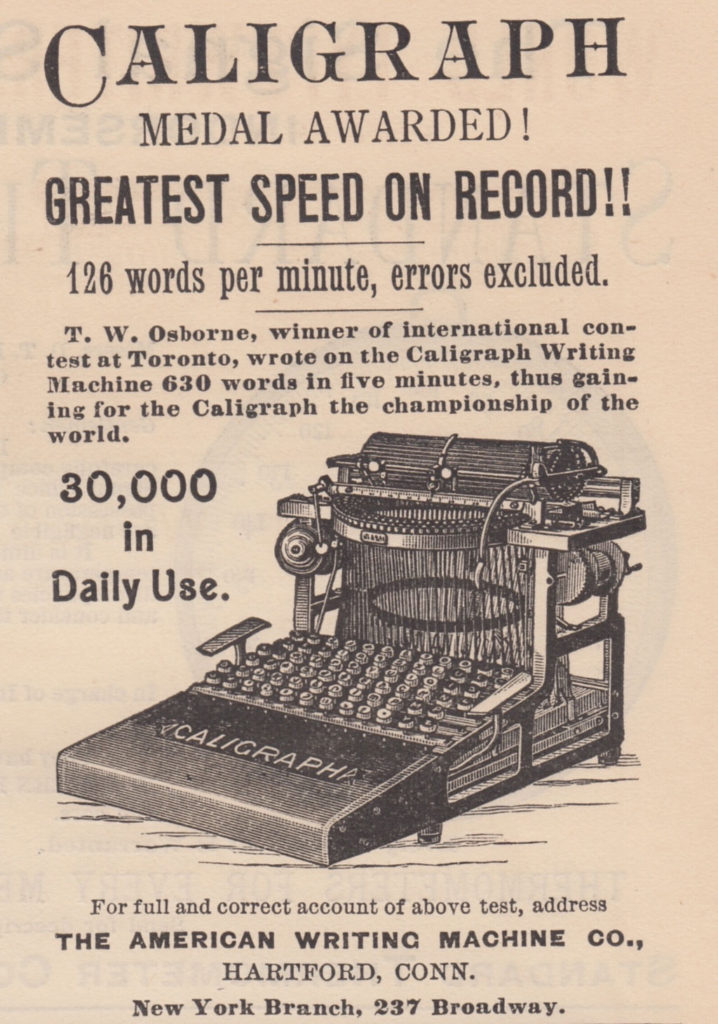 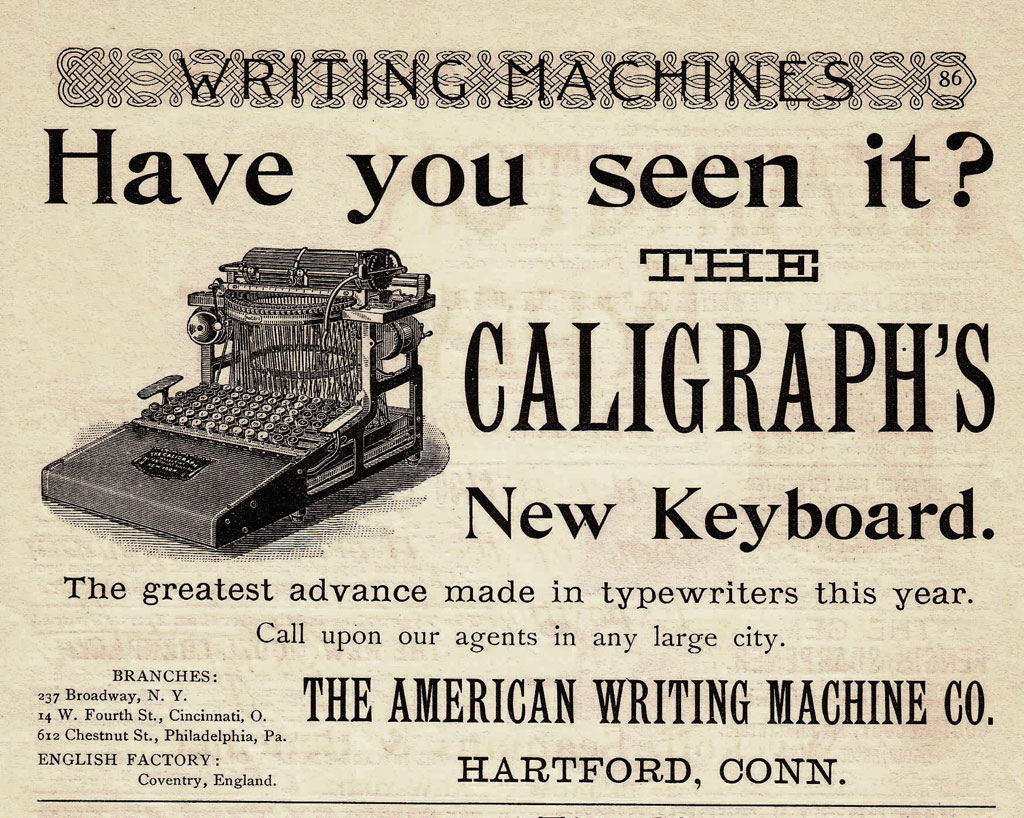 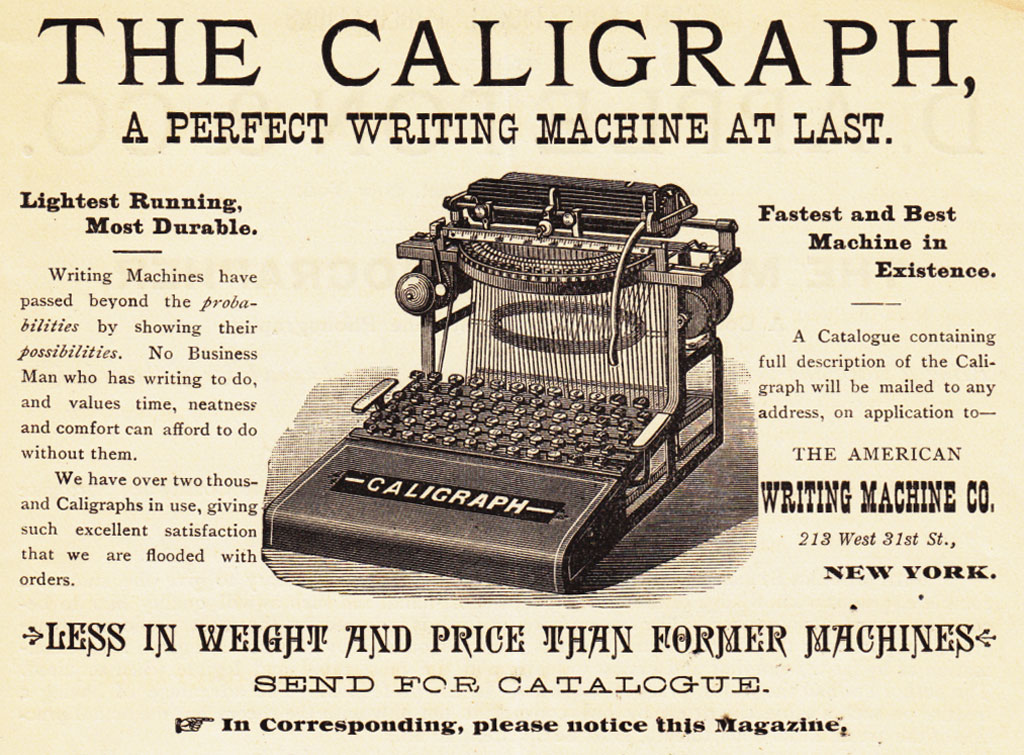 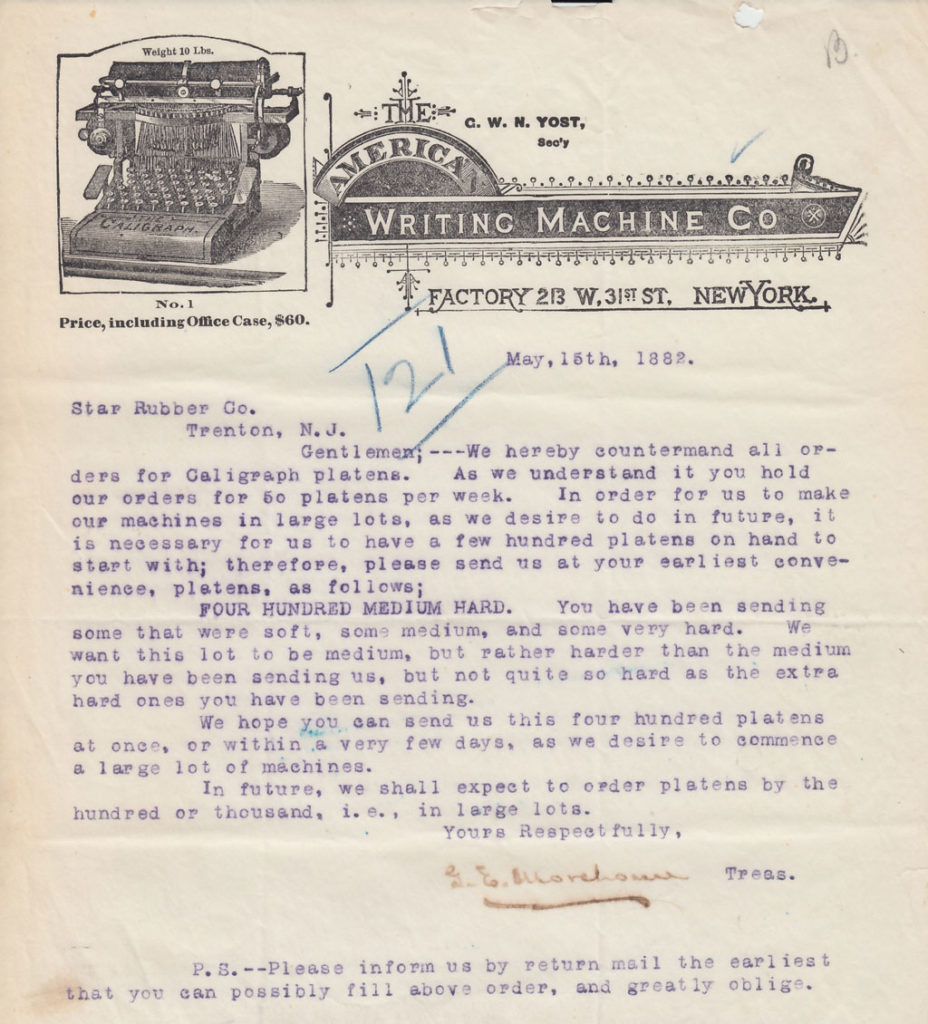 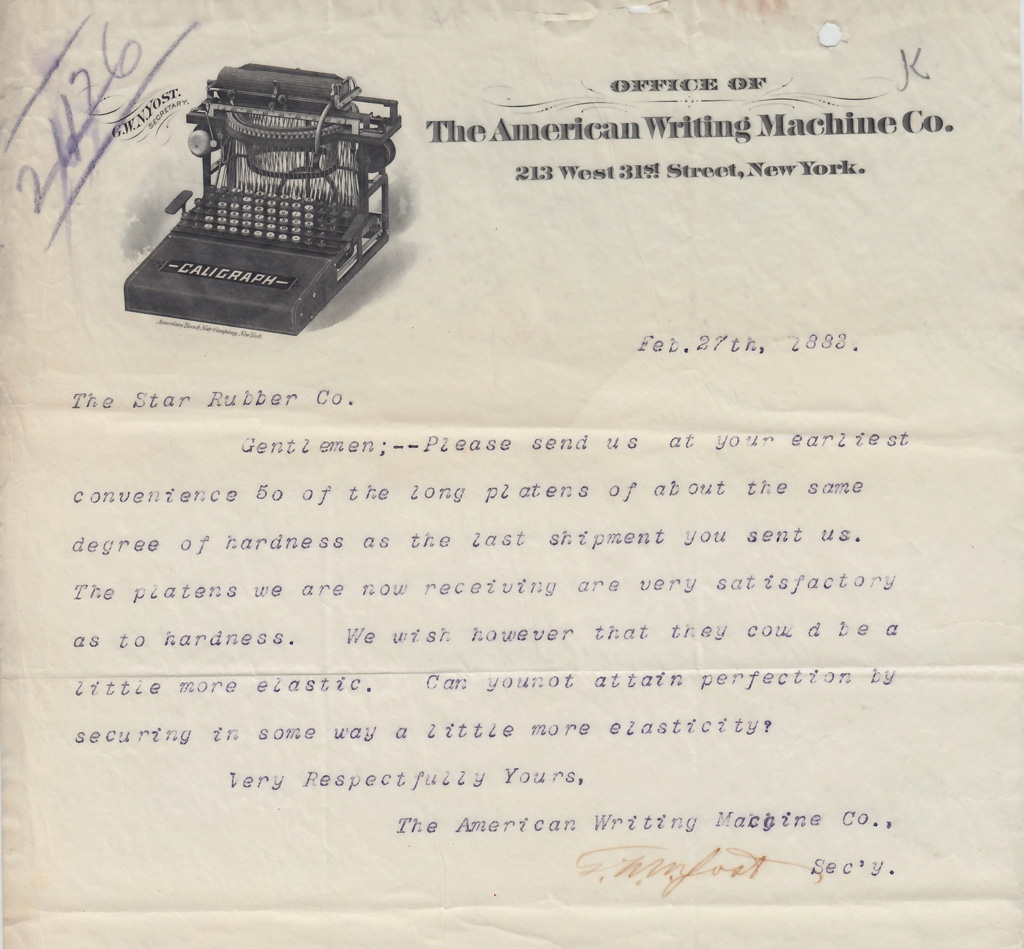 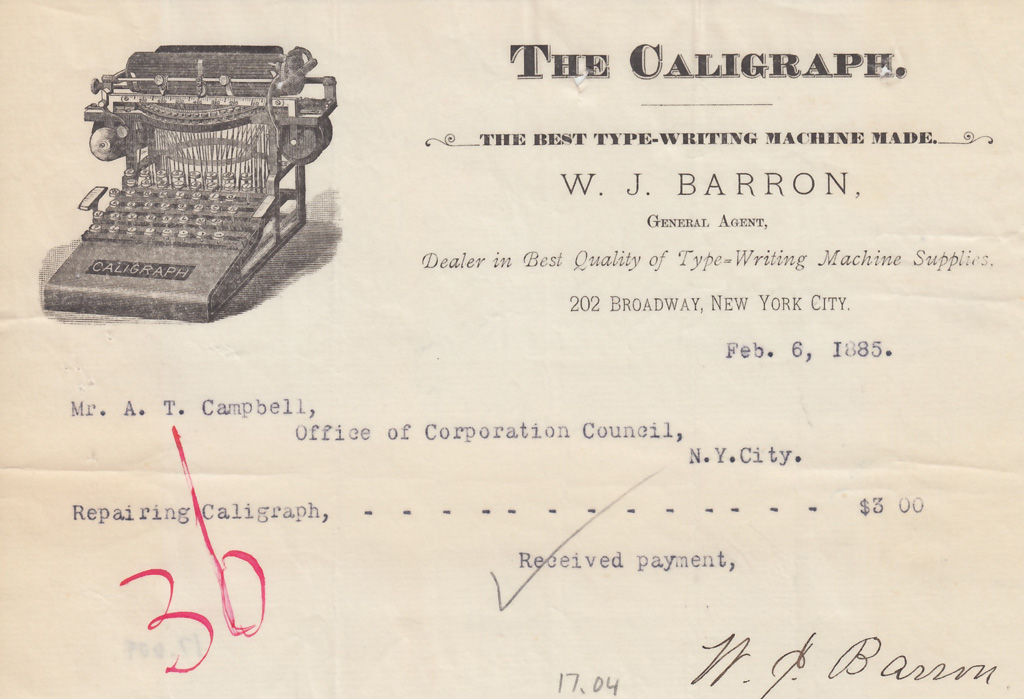 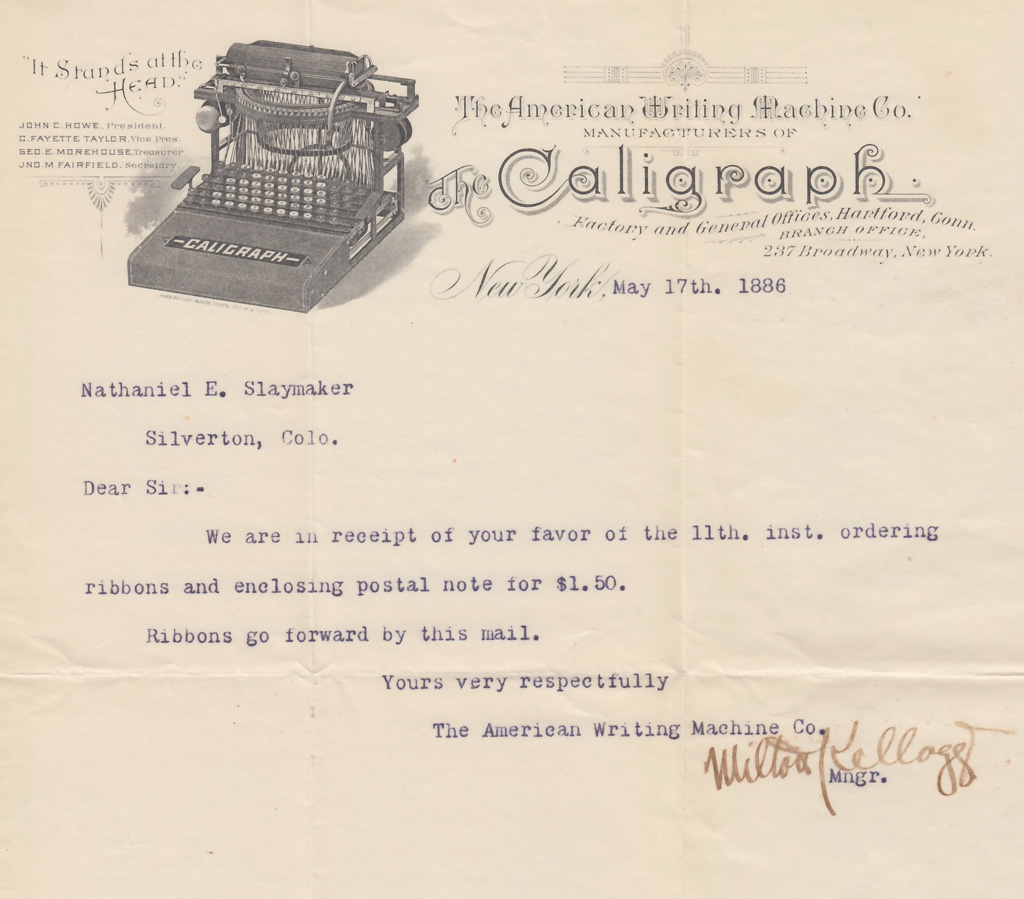