The Stenograph was invented by Miles Bartholomew, a newspaper reporter, who patented his invention in 1879. His Stenograph was the first mechanical printing machine for shorthand.

The model shown here is one of only three known examples (along with serial no. 55 and 79) of the first manufactured design form of the Bartholomew Stenograph. It is distinguished by being mounted on a hardwood base, with later models having a cast iron frame.

“A Machine for writing shorthand”, this machine would do that but there was a lot to learn. Bartholomew would create a new ‘alphabet’ for his machine that was based on a five dash binary code that was printed on a narrow strip of paper. The simplifying of the shorthand characters would enable each hand to type the complete alphabet, allowing for great speed, as the hands worked together like two drumsticks, taking alternative turns. The keyboard has eight round keys, four for the left hand and four for the right hand. The square key protruding out front is the fifth key that is shared by both hands. The long curved key in back gives a space.

Here is a first hand account from Bartholomew “In thinking over the matter, it occurred to me that if the full alphabet could be made with each hand, and the hands used alternately, the rapidity of strokes would be nearly doubled. It was soon found that six hundred strokes per minute could be made in that way. This quickness of strokes, if maintained in writing, would result in from 170 to 240 words per minute. After this point was reached no doubt was ever entertained as to the possibility of making a successful reporting machine, and experimental work was soon begun.”

The other important aspect of this revolutionary machine is that the operator’s hands do not travel across the page when taking dictation but maintain a constant position above their set of keys with the paper moving instead. This is similar to having ones fingers above the home row when typing.

The trade card (both sides shown below) is the only one known. The strip of paper, showing actual writing from this Stenograph, miraculously stayed with this machine all these years and is also shown below. It will be one of the earliest examples of mechanical stenographic writing known.

This machine originally sold for $40.

“Its use is pleasant, and does not strain the eyes, hands or body.”

“It can be operated in the dark as well as in the light.”

“It can be used upon the lap in a public assembly, without attracting notice.”

“It can be used without looking at it, leaving the eyes free to follow the speaker’s motions.” 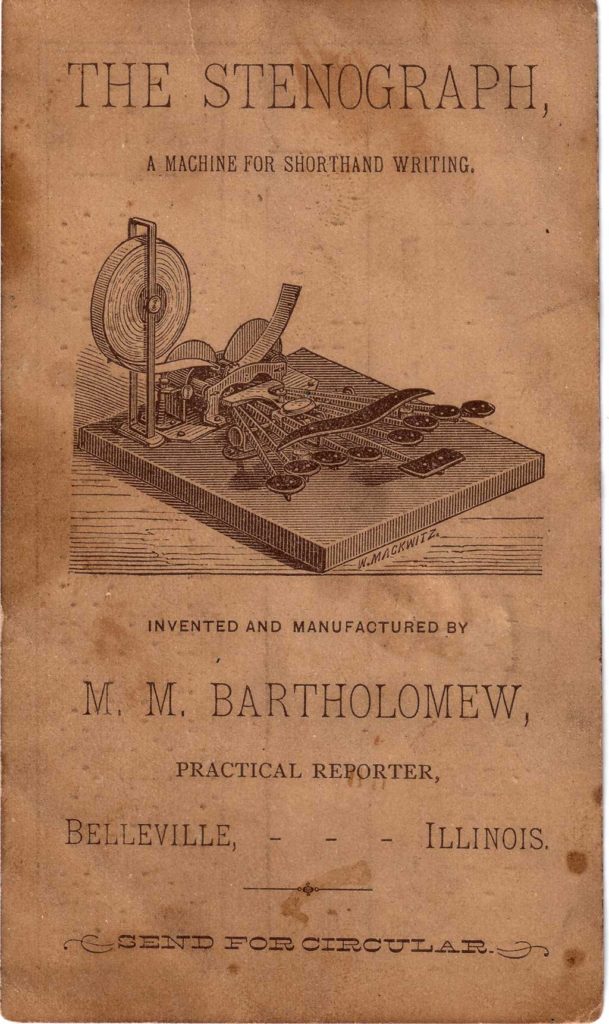 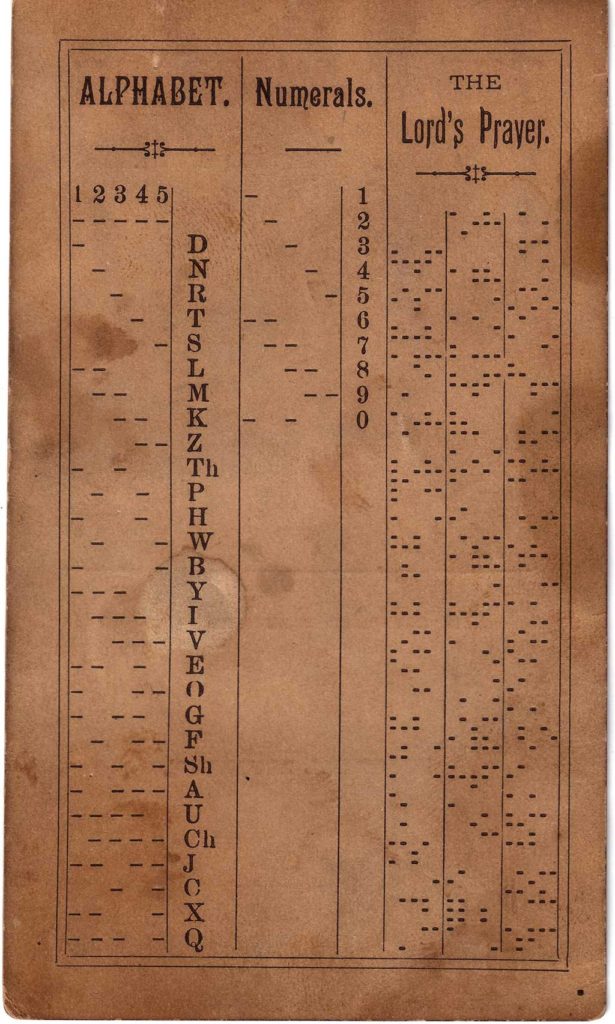 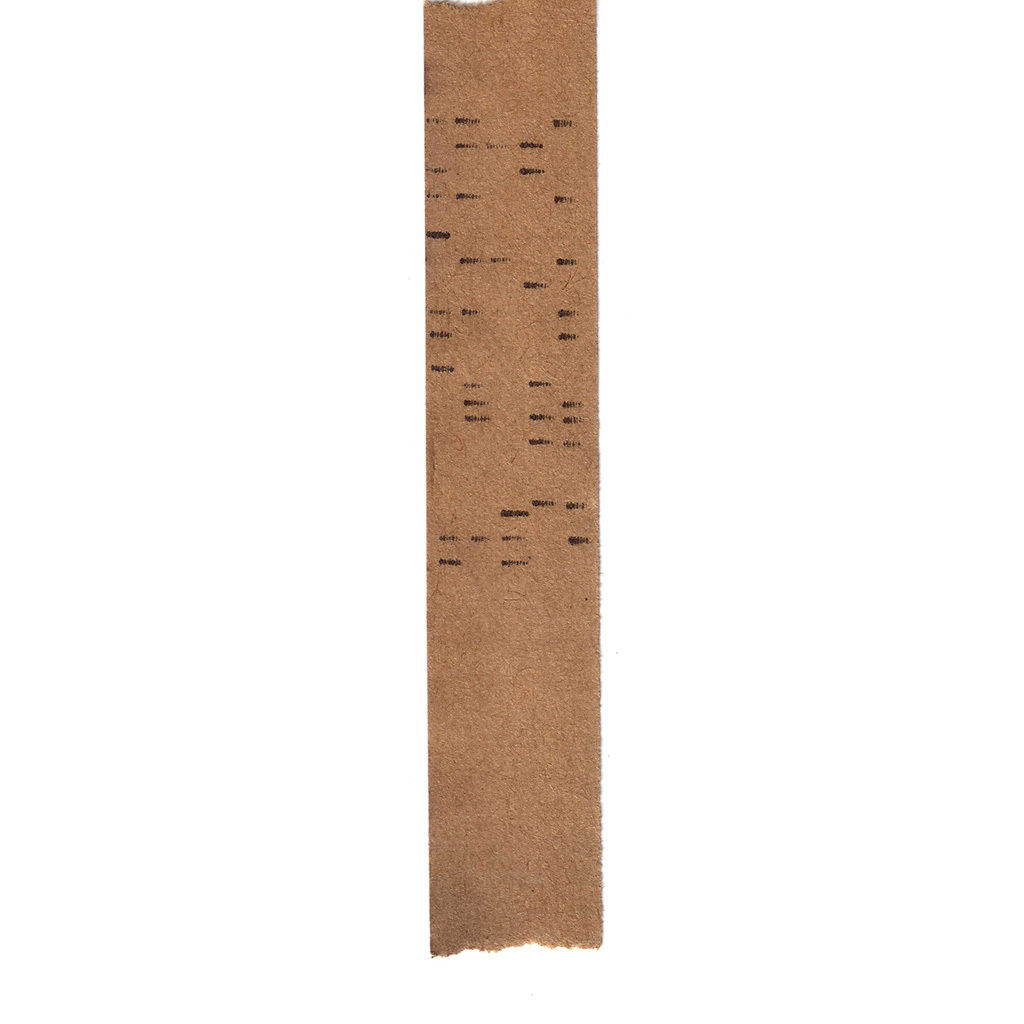