Thomas Oliver was born in Woodstock, Ontario, Canada in 1852. As a young man he moved to Iowa to be a Methodist Minister. In 1888 he started to develop his first typewriter as a means to produce more legible weekly sermons. He received his first patent in 1891 and in 1892 had a crude working model to bring to market. He left the ministry and found investors to support his venture to the tune of $15,000 each. He built his first factory in Iowa and began to market the Oliver extensively for home use to great success. Later the factory moved to Chicago, where over a million Olivers were produced!

The Oliver was an early typewriter to give visible writing. This is achieved by having the type bars swing down to the top  of platen from the two type bar towers. Oliver typewriters were solidly built and typed smoothly.

The Oliver 1 is all nickel plated with lifting handles on the sides that are flat or flush to the table. The Oliver 2 pictured here is an early model 2, being similar in mechanical design to the model 1 and in maintaining the nickel plated finish on the frame.

This typewriter originally sold for $95.00.

“It took 25 years to find that typewriters have been built up-side-down. The Oliver is built right-side-up, where the work is in sight.”

“In use by 157 railroads and largest business houses all over the world. Years of success – ample capital – highest awards at three International Expositions.” 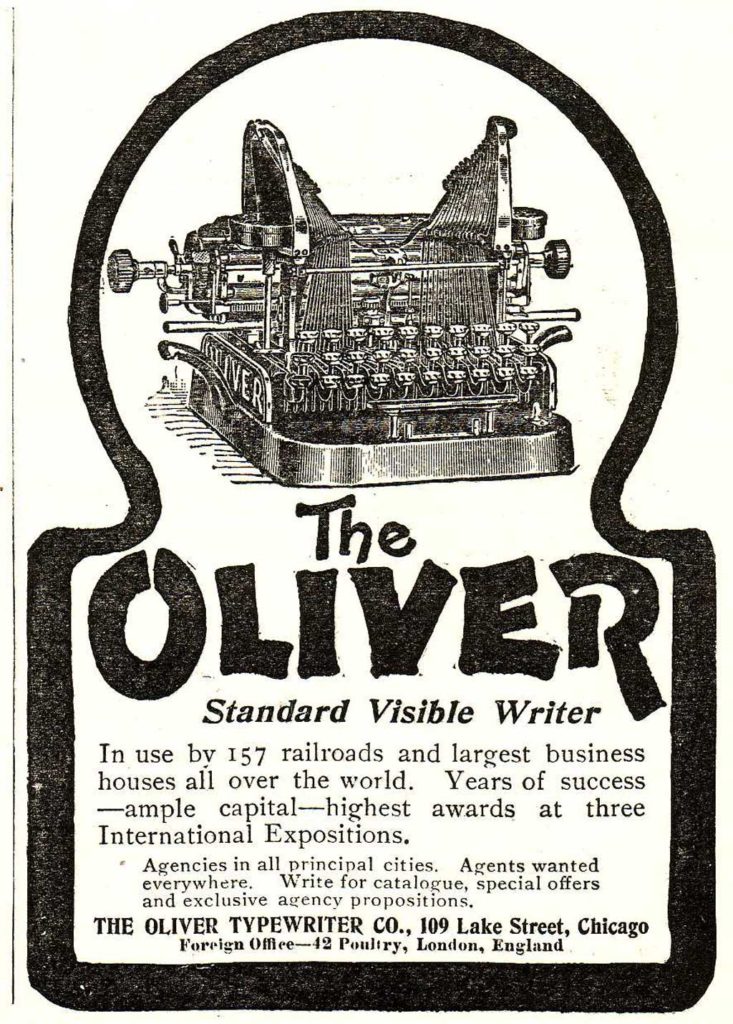 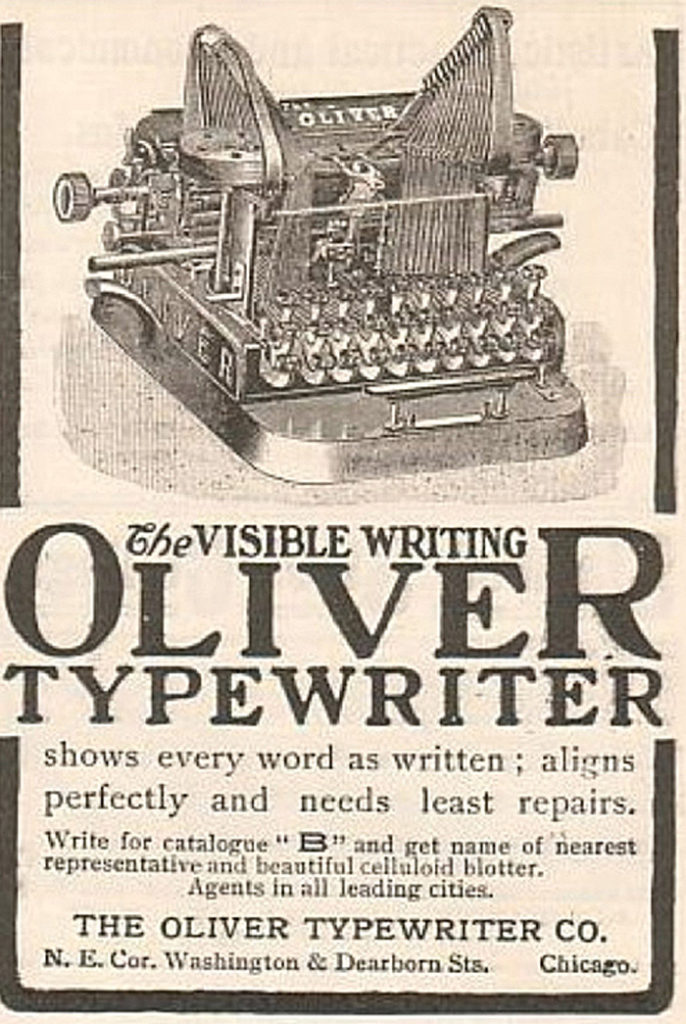 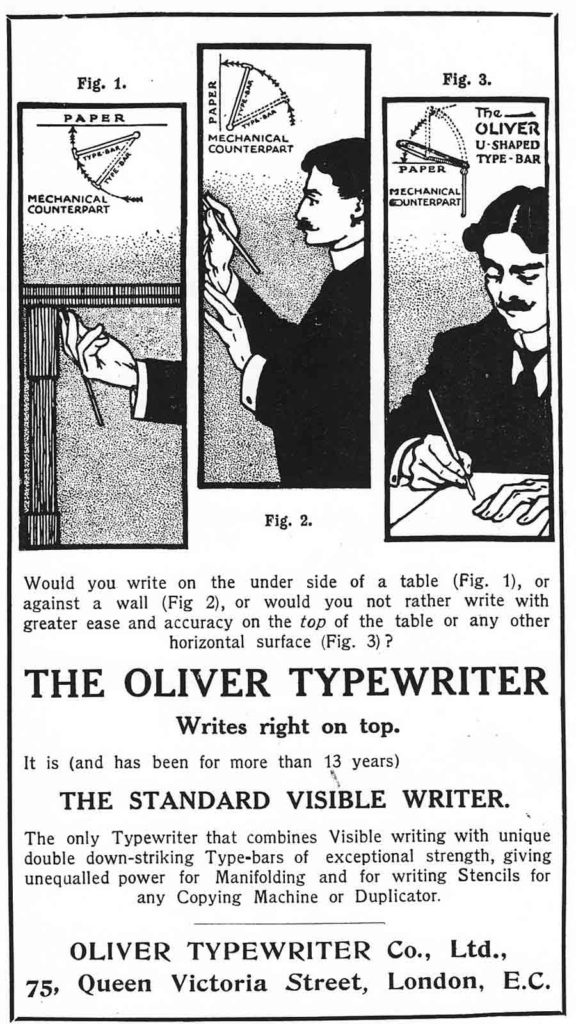 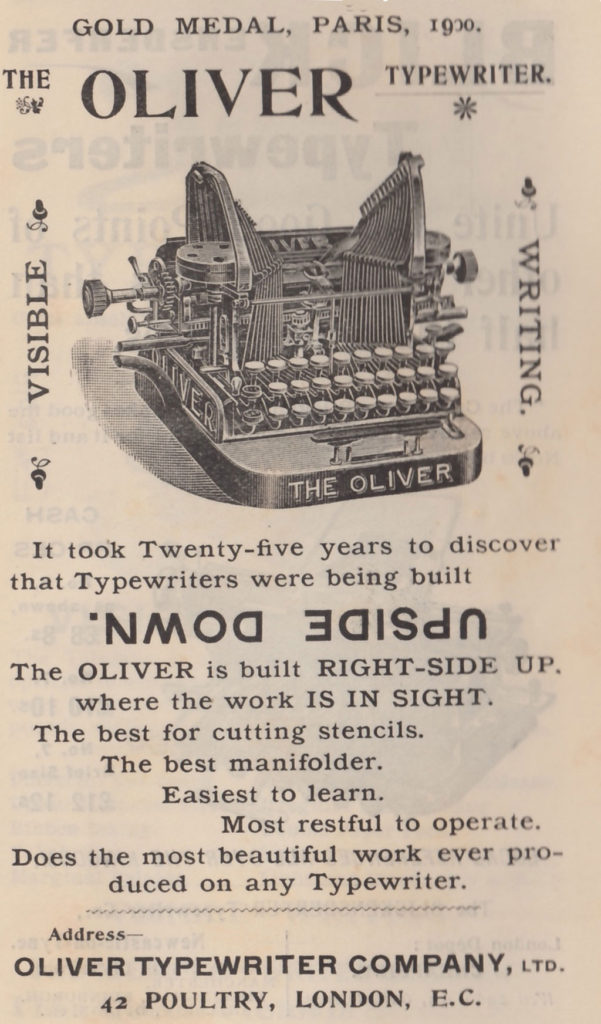 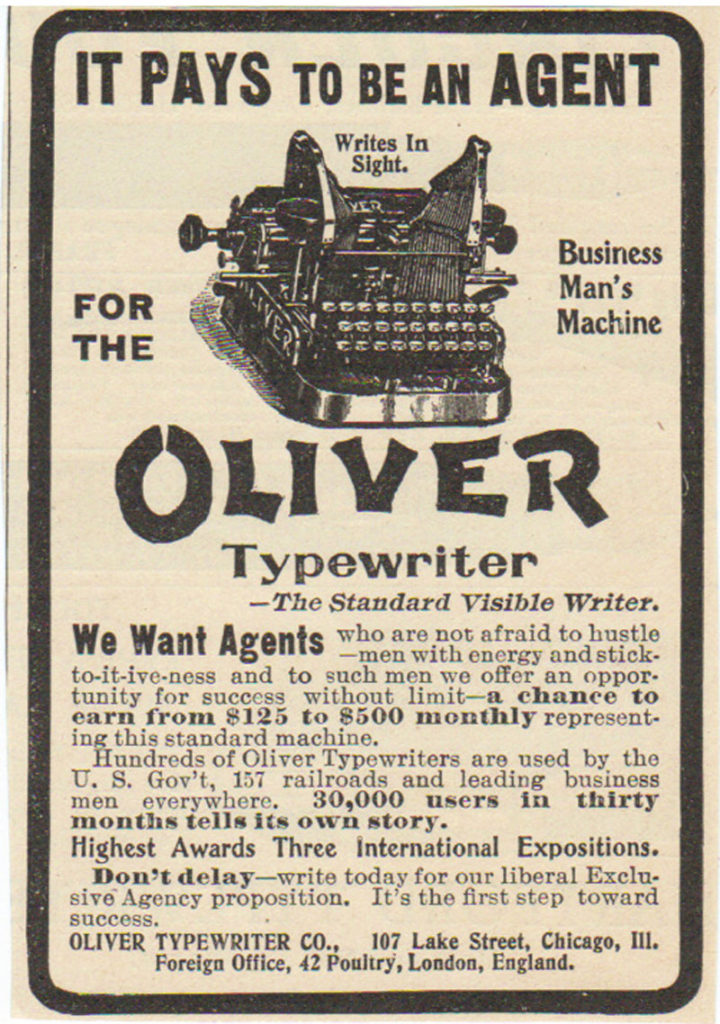 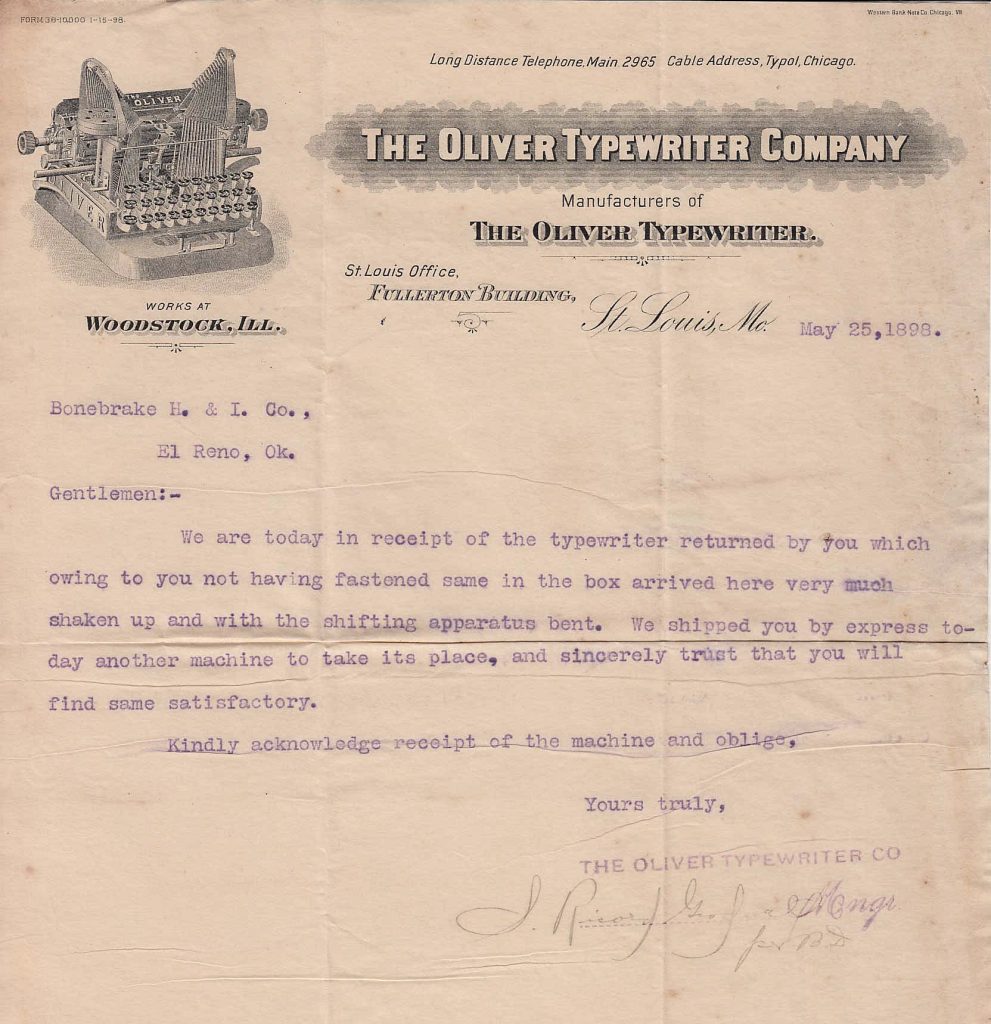