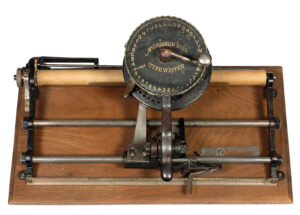 Little information is known about the McLoughlin Brother’s typewriter. It appeared on the market in 1884 for $10 and was marketed for adults and children. However it is not a toy typewriter, as such, as it is built solidly from cast iron and quality machined parts.

To type, the handle is rotated to select a character. Then the handle is depressed, causing the whole spring loaded carriage assembly to sink down, bringing the type-wheel (shown below) into contact with the paper. Inking is accomplished with two felt rollers.

Here is a colorful description to use the McLoughlin Brother’s Typewriter from its manual. “The method of printing is so simple that a child can operate it without instruction, as the movement is similar to the hand organ, as you simply turn the crank and grind out the words by the yard if necessary.”

The McLoughlin Bro’s. Inc. began business in 1828 and were a New York publishing firm that pioneered the systematic use of color printing technologies in children’s books, particularly between 1858 and 1920. By 1886 the firm published a wide range of items including cheap chapbooks (pocket size books), large folio picture books, linen books, puzzles, games and paper dolls. In 1920, McLoughlin Bro’s. ceased game production when this division was sold to Milton Bradley but continued to publish picture books and a successful line of mechanical paper dolls called ‘Jolly Jump-Ups’ until 1951.

The McLoughlin Brothers are considered the foremost American children’s book and game makers of the late 19th century. However their little typewriter did not sell well, as there are few surviving examples today.

The informative full page advertisement (shown in two sections below) is from the McLoughlin Brothers’ 1886 general catalogue.  The richly illustrated cover is shown next to it.

“Although especially designed for young people, its practical perfection as a machine, its low price, simplicity and thorough reliability in the work it turns out, make it desirable alike to professional men, clergymen, business men, etc.”

“The Type Writer has become a necessity in every office and household, and every man, woman and child needs one either for business or pleasure, as much as the almost universal jack-knife.”

“There is a charm in its operation, not unlike that of a favorite game.” 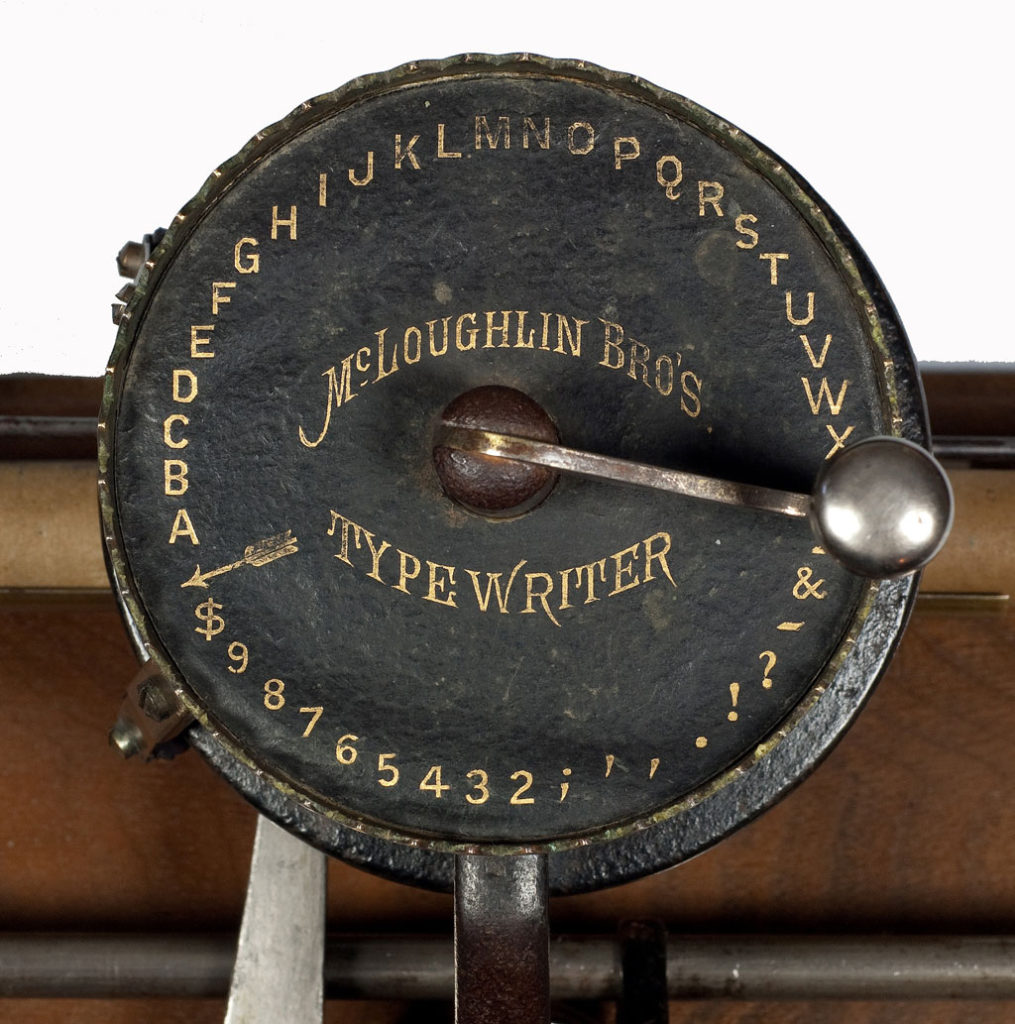 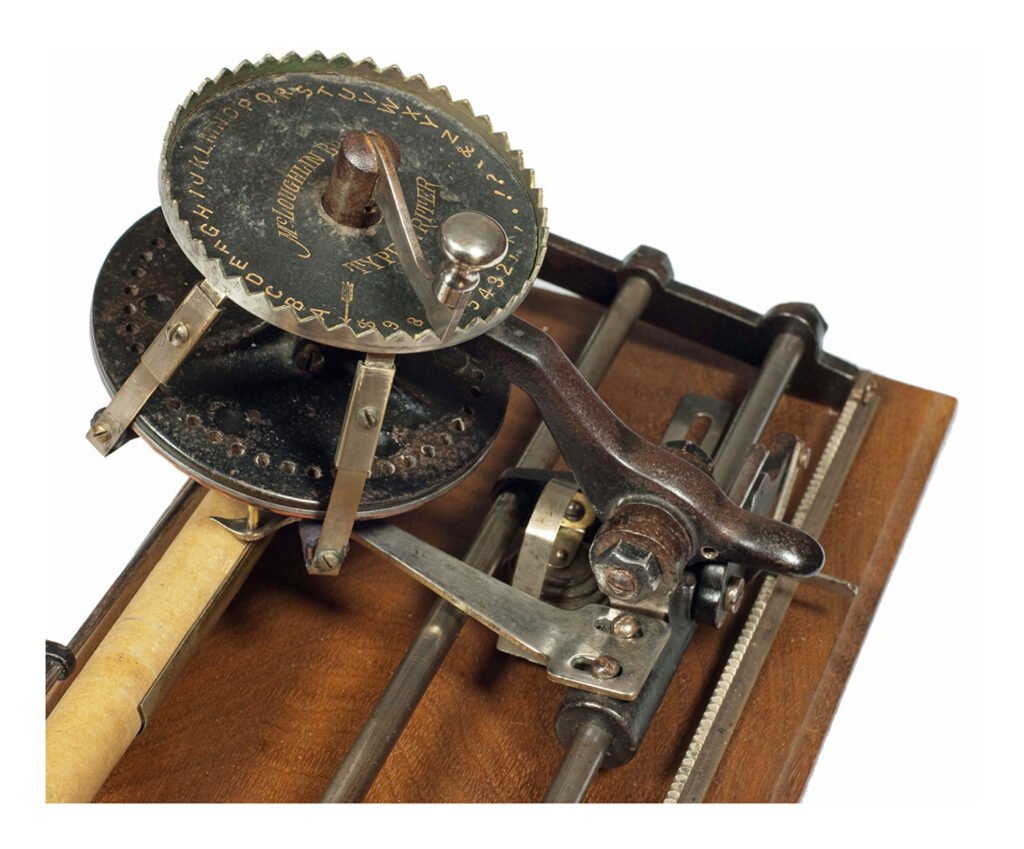 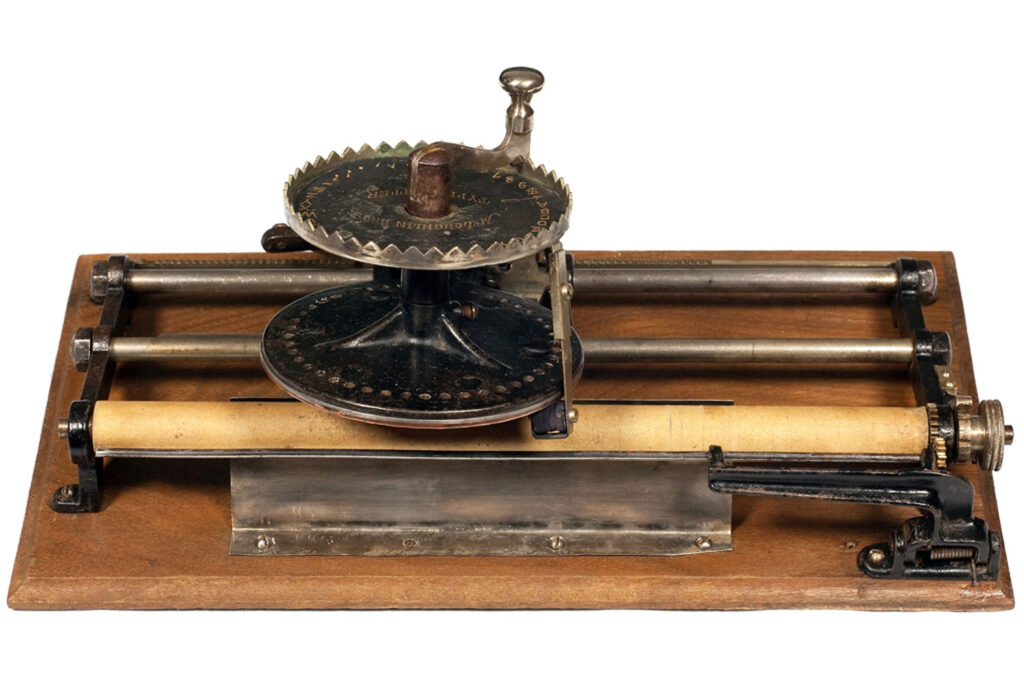 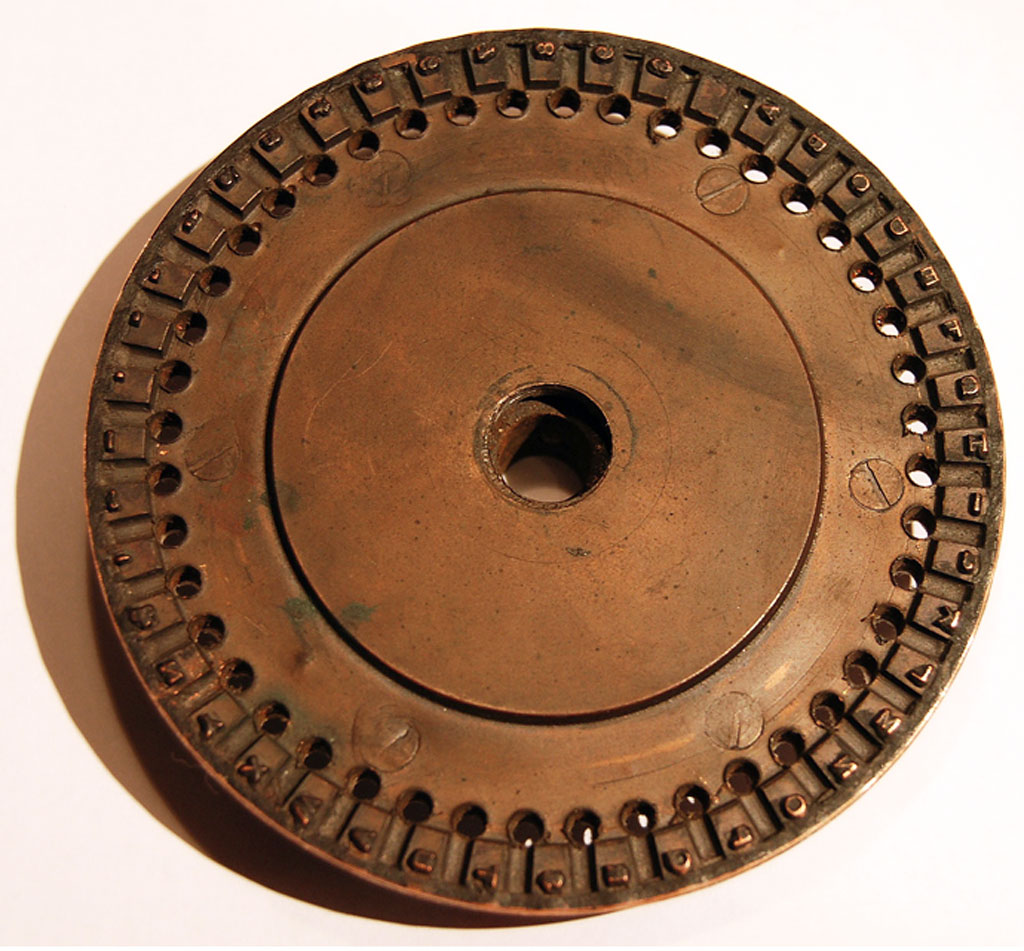 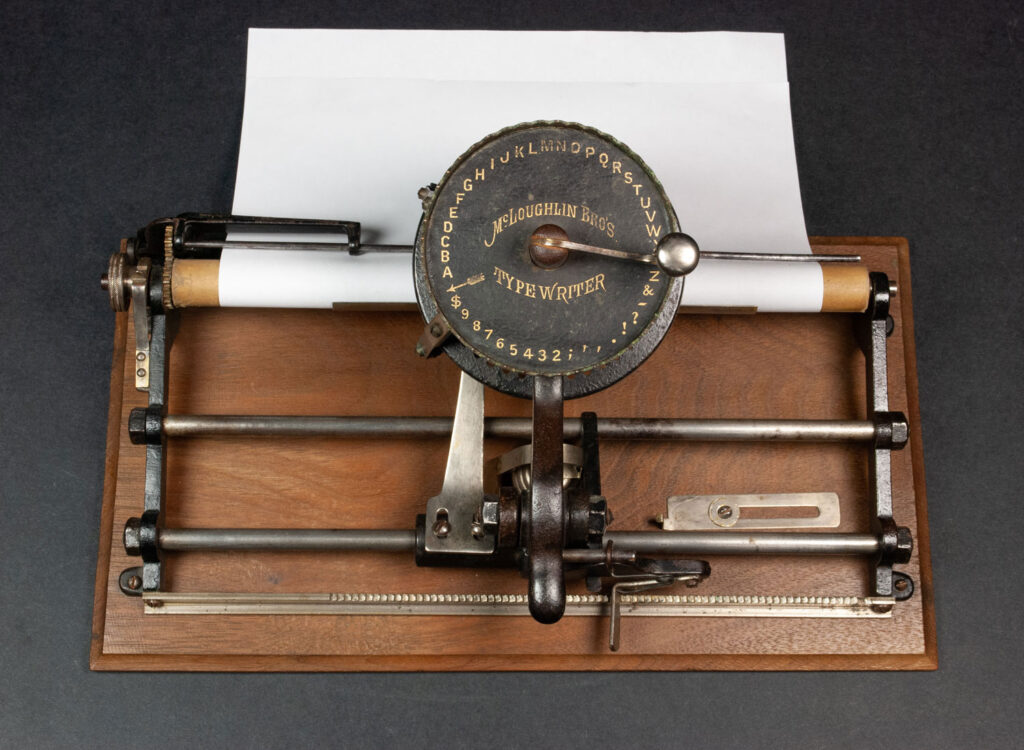 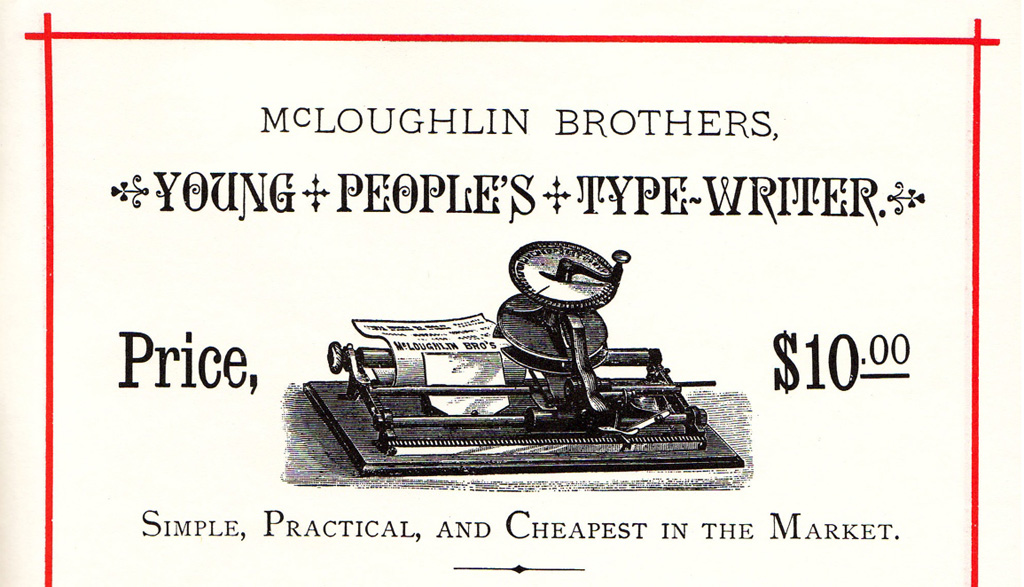 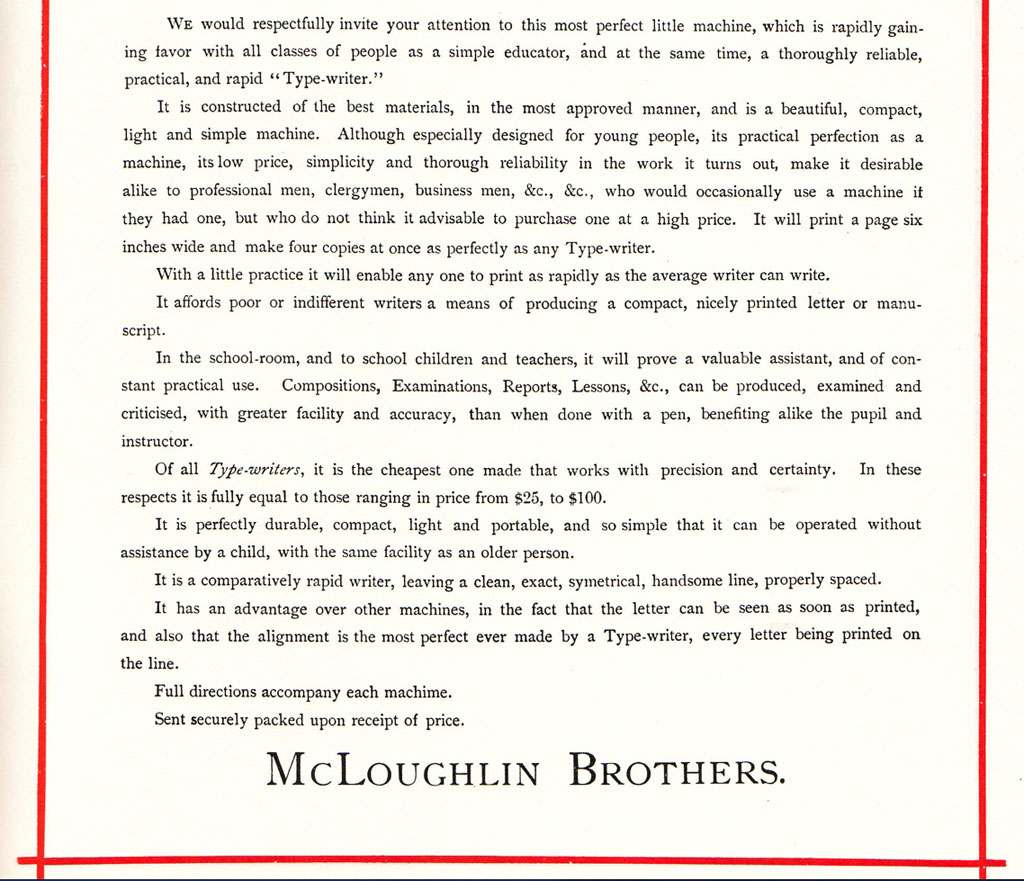 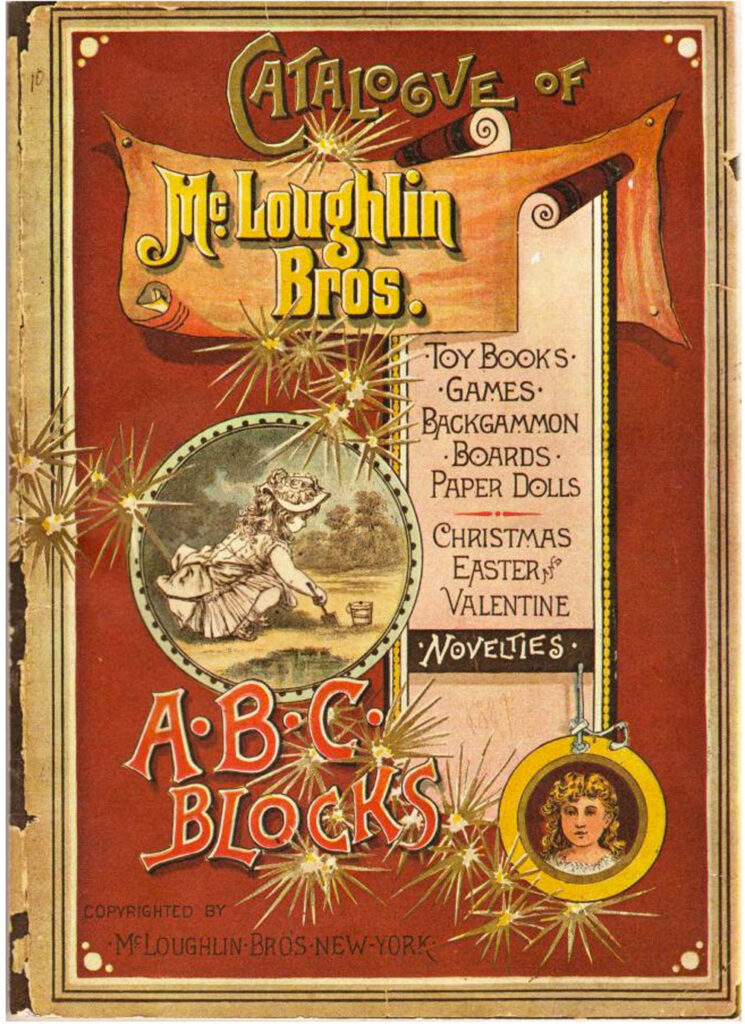 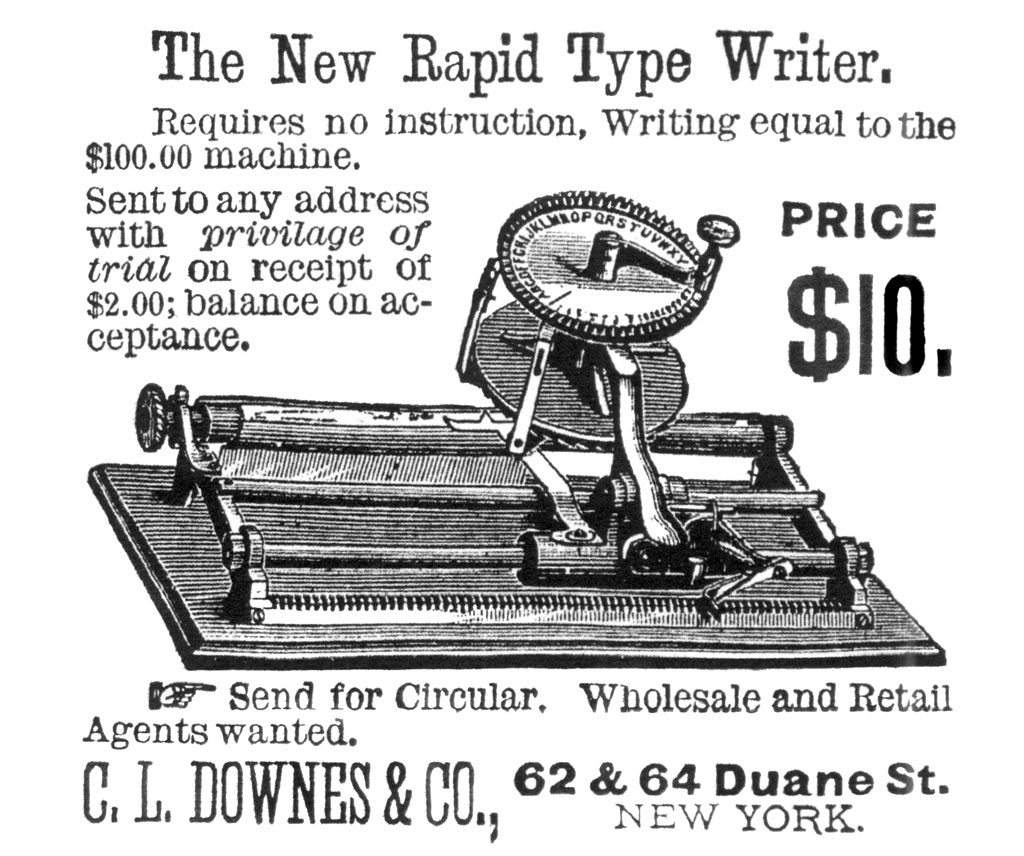 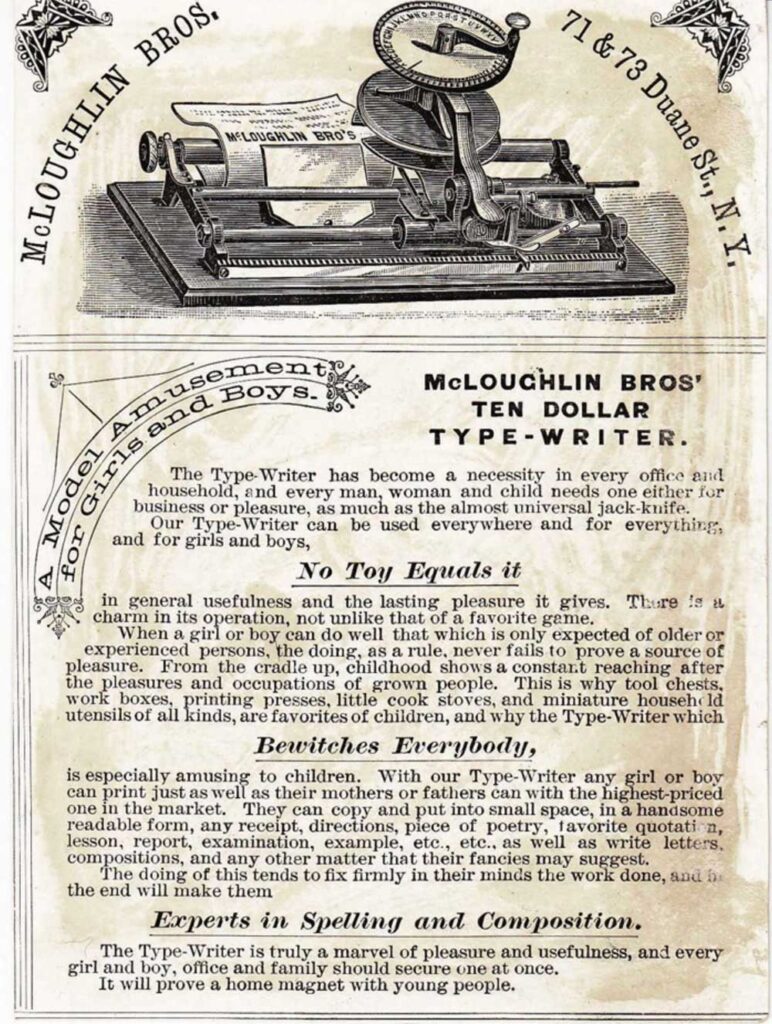 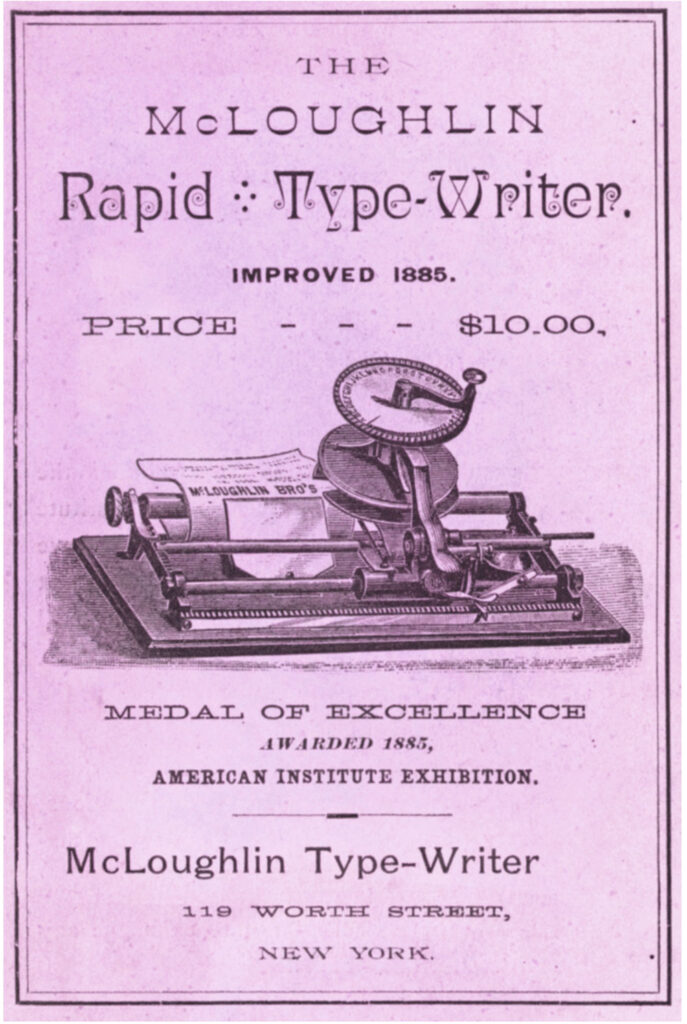 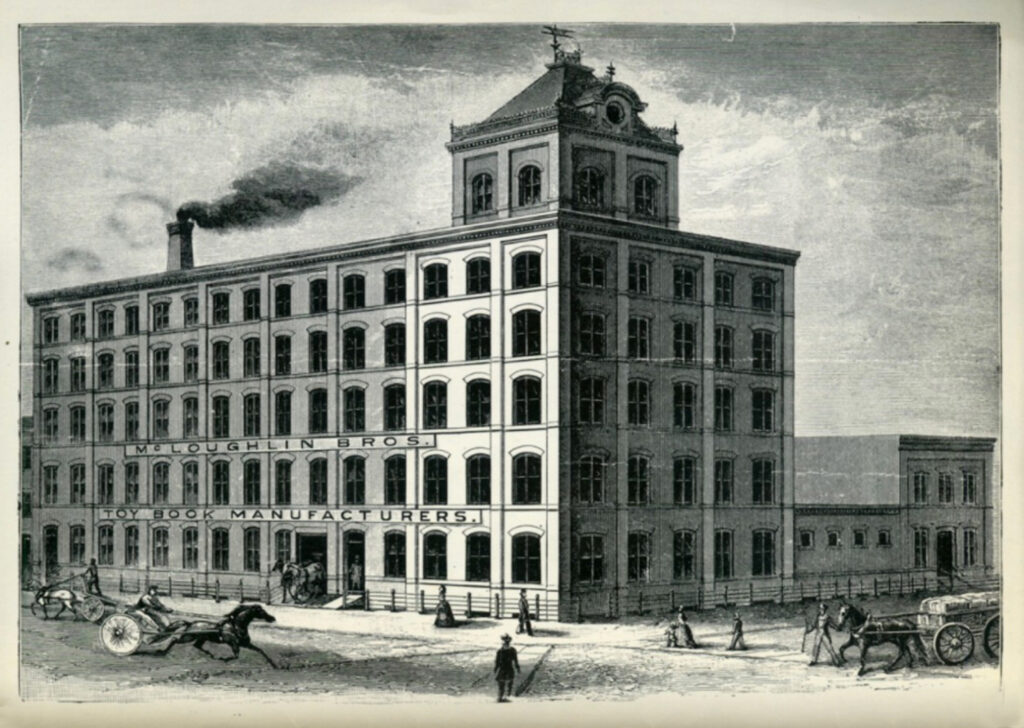