The New York Institution for the Blind, 1894 – serial no.10
View Patent 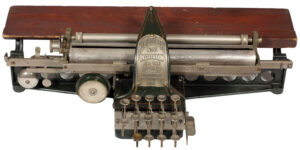 The Kleidograph was invented by William Bell Wait (1829-1916), when he was the Director of the New York Institution for the Blind. Seen below is a wonderful picture showing students at the Institution with Kleidographs in use.

An important design advantage of the Kleidograph, over other contemporary typewriters for the blind, was the ability to operate the keyboard with one hand (the right hand), allowing the other hand to read the raised dots as the paper passed over the wooden platform behind the platen. This was achieved by having the four lower keys each activating the two keys above, enabling one to emboss as many as eight dots at once while pushing the four bottom keys. The two left keys are for punctuation. The New York Point System was widely used by American schools for the blind and was the standard for typing and reading during the last quarter of the 1800s. Eventually though, Louis Braille’s six dot system became the international standard and the New York Point System became obsolete but not before a much-publicized battle by Mr. Waite, his supporters, and the advocates of the more globally accepted Louis Braille system which included Helen Keller. The Louis Braille system became to be known, somewhat ironically, as American Braille. 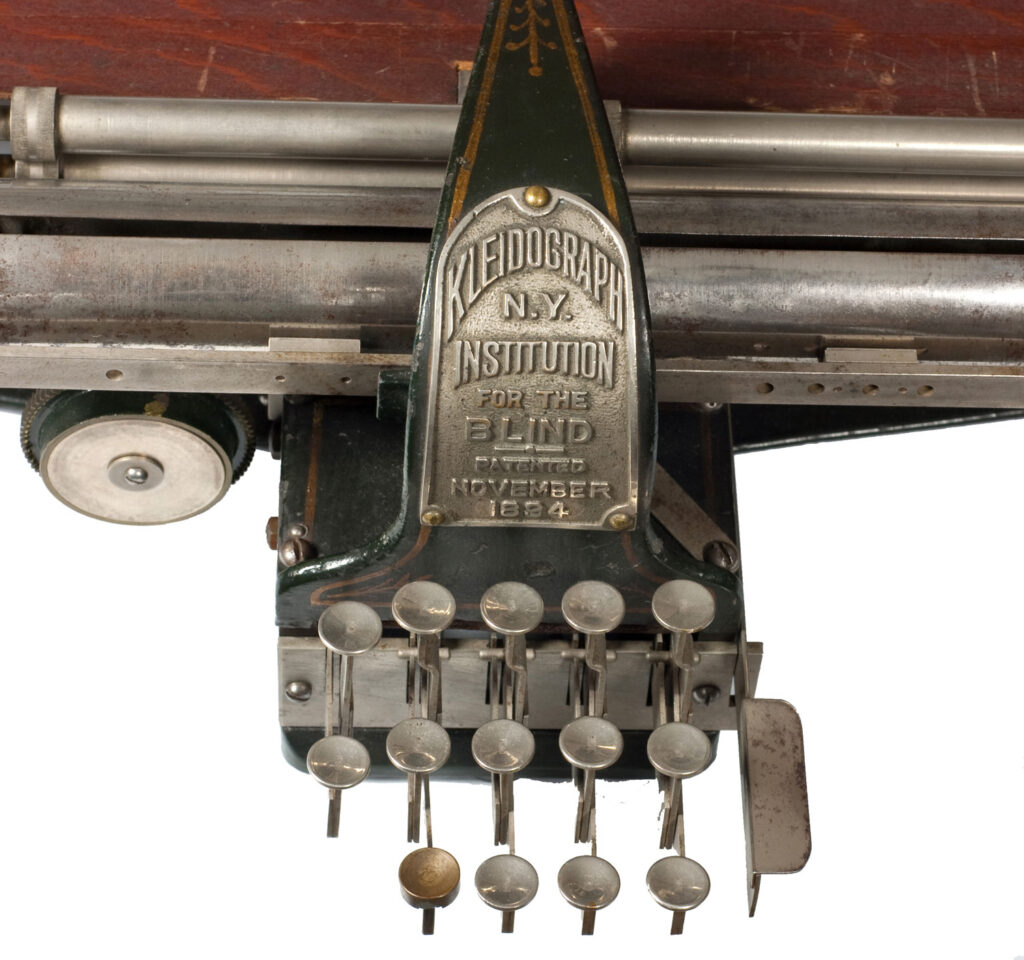 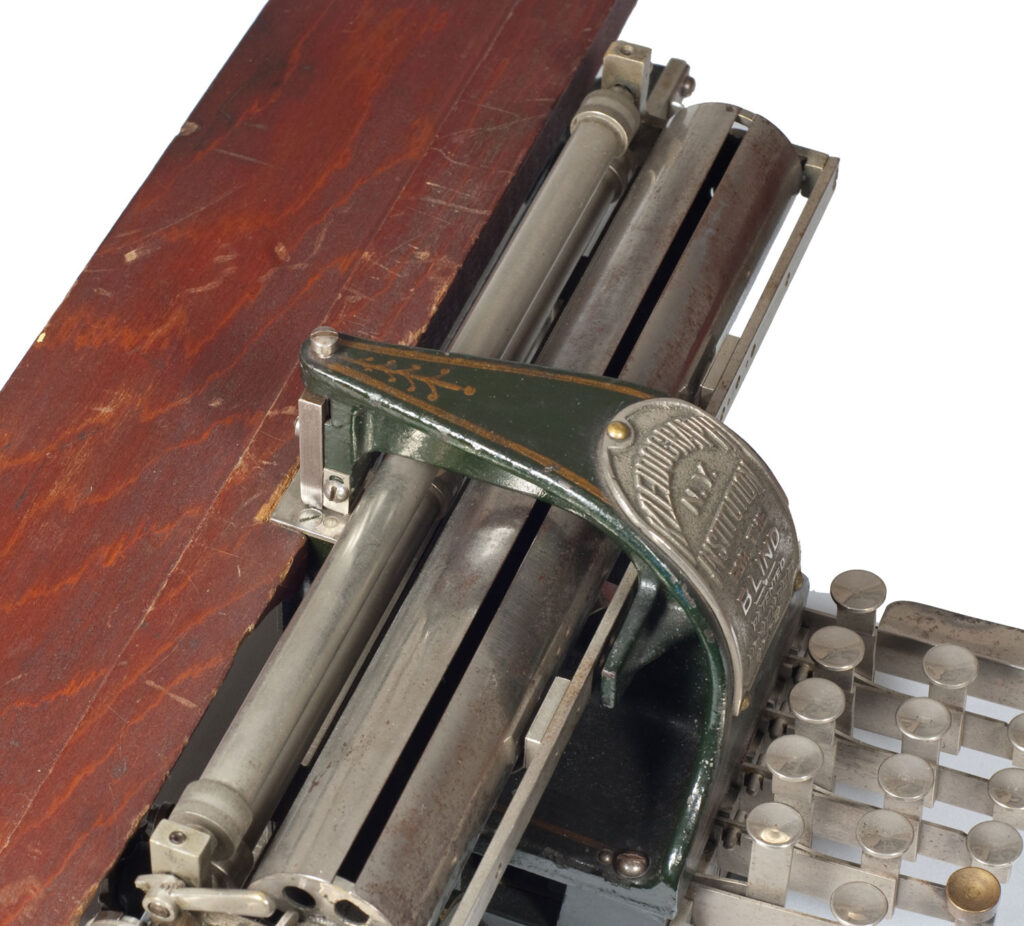 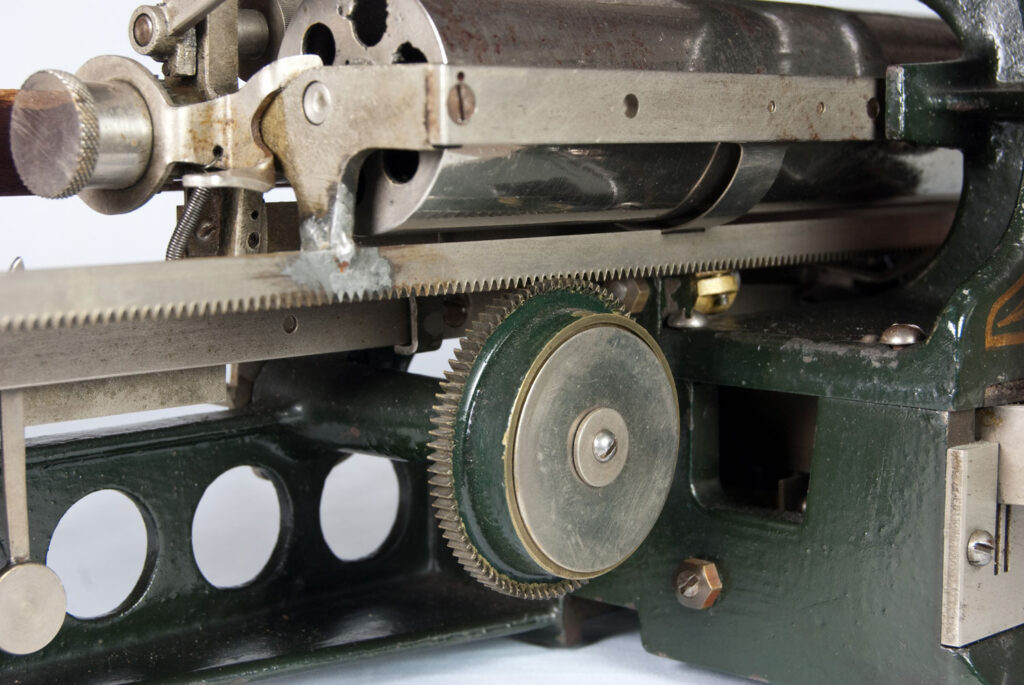 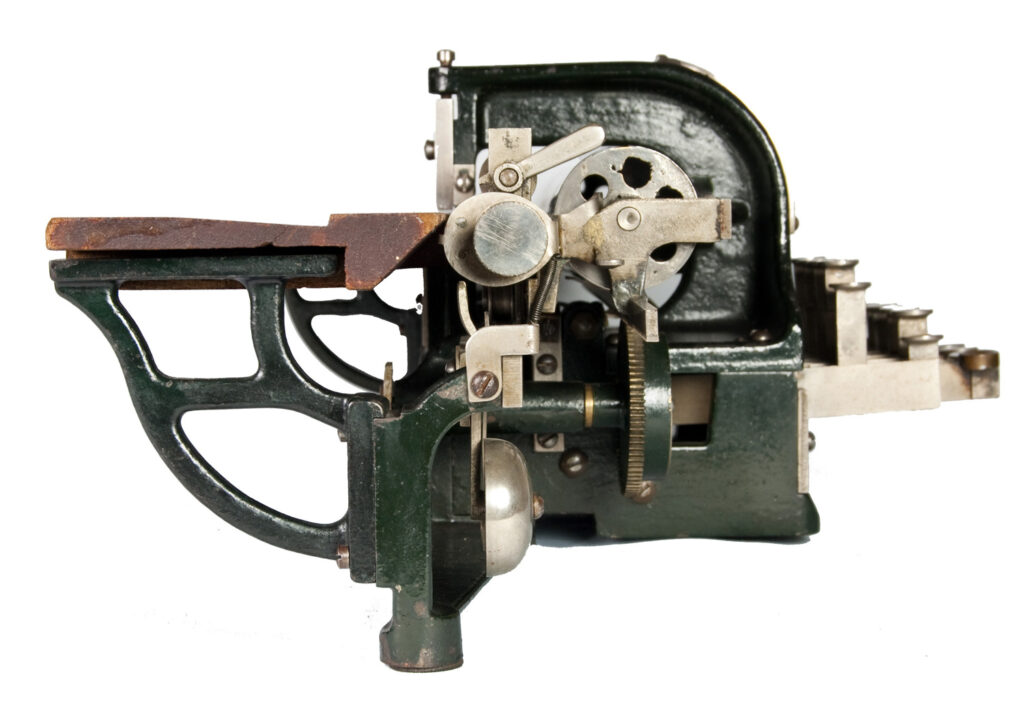