The typewriter gets its name from the latin word for the city of Hamburg where it was made. Hammonia is also the patron goddess of Hamburg.

It was invented by Andrew Hanson of London and first covered by a British patent in 1882. The Hammonia was manufactured and marketed in 1884 by the Hamburg sewing machine factory Guhl & Harbeck, founded in 1866 by the locksmith Hermann Guhl and the merchant Christian Friedrich Harbeck.

This example with English writing was exported to their agent for Canada, R.J. McDowall.

The long brass blade has the characters cut out along the bottom edge (see detail below). To operate one lifts the blade and moves it back and forth to select a character, then one pushes the black wooden handle straight down, somewhat like a cheese slicer, to type the character.

The Hammonia wrote only capital letters. The inking was achieved with a band of carbon paper or cloth soaked in ink, which was housed in a capsule underneath the carriage. The band or ribbon was transported through a slot to the printing point. The ribbon was not rewound but hung down over the paper and had to be replaced after use.

The Hammonia was designed as a low-cost alternative to the then available but expensive American keyboard typewriters – a Remington 2 cost almost 500 marks.  The Hammonia was initially offered for 45 marks, later their selling price was raised to 60 marks. Their selling price was therefore only about one tenth of the price of an American import machine. However, because of the cumbersome operation and slow writing of the Hammonia, it was produced for only a short time and was replaced in 1888 by the Kosmopolit (Cosmopolitan).

“SPEED – It is easy to work, and with but very little trouble and practice more work can be done with it than a pen in the same time; whilst the advantage of distinctness over handwriting is indisputable.” 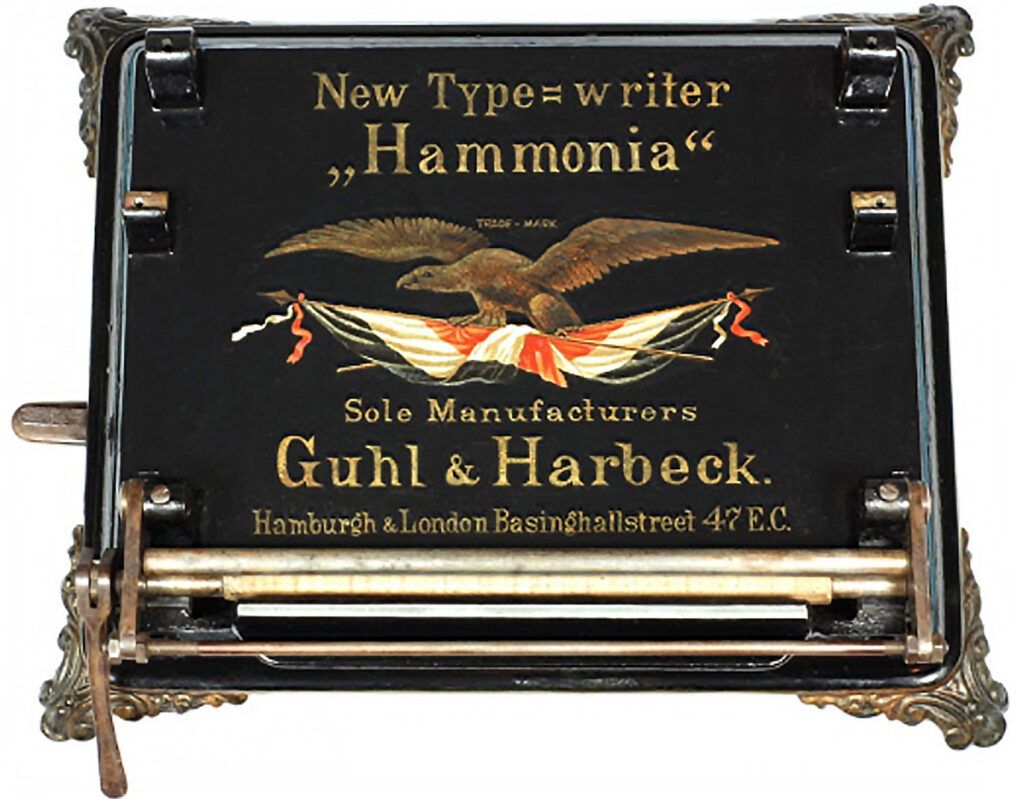 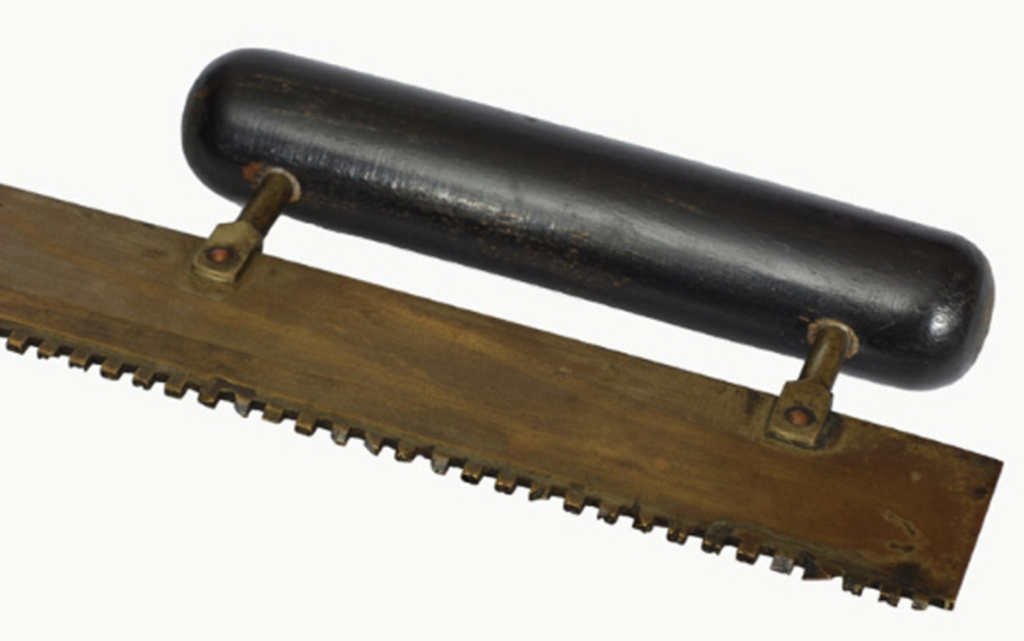 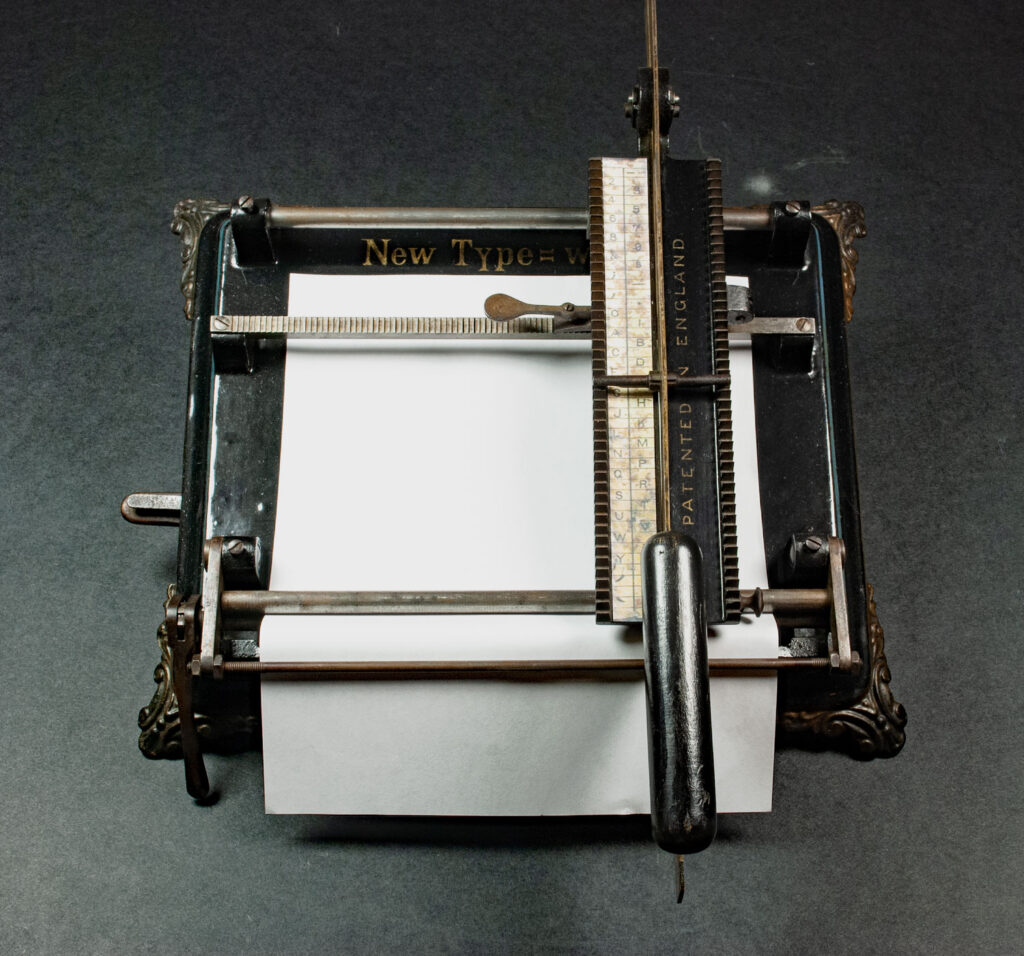 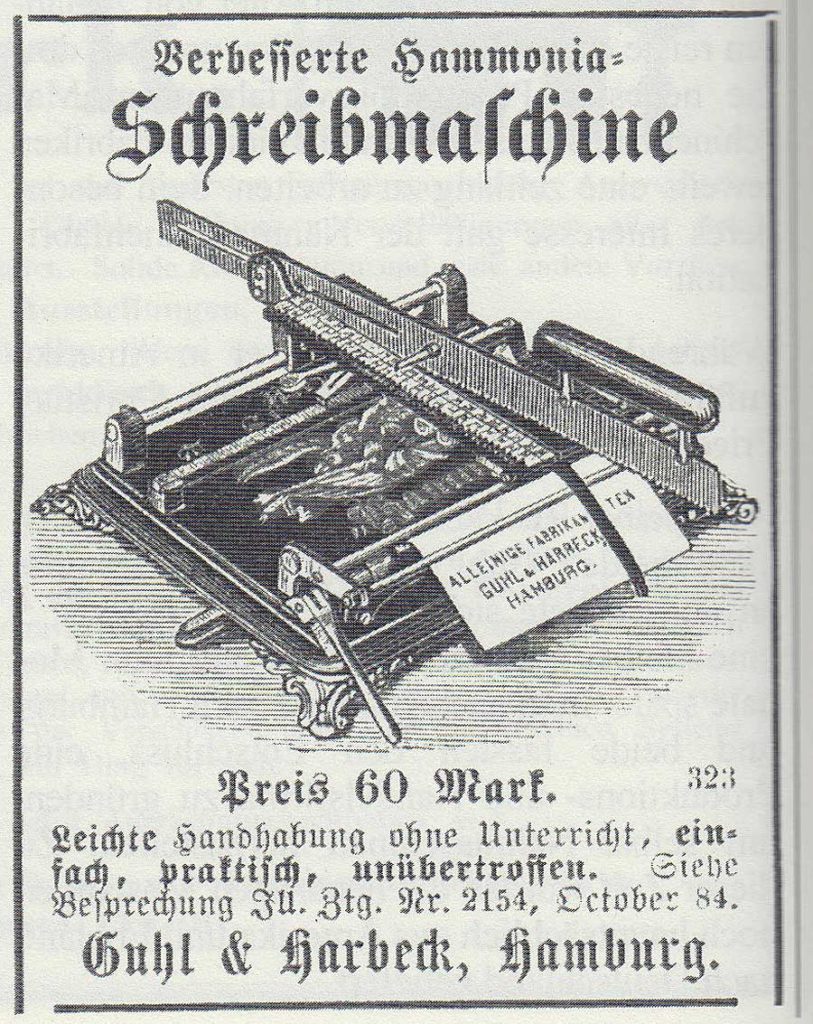