‘The Amazing Automatic’ – An illustrated article

The Automatic typewriter is an exquisitely built machine, made predominantly of brass, with the quality and look of a fine scientific instrument. It is a masterpiece of 19th century American typewriter manufacturing.

The Automatic typewriter gets its name from having proportional spacing. This is achieved with the variable movement of the carriage, giving each character a different amount of space on the paper depending on its width. As it states in the advertisement shown below, ‘… and is the only writing machine in the market which will automatically space the letters correctly with reference to their proper widths.’ In fact three different widths or varying carriage movements are used to accommodate all of the characters. However, despite the mechanical wonder of proportional spacing, the Automatic does not have a shift key and types only in capitals.

The spacebar is positioned behind the keys, with the word AUTOMATIC beautifully embossed on it. No other typewriter ever had its spacebar positioned there and for good reason, as it would have been quite awkward to move ones fingers up to activate the spacebar while typing.

The third photo below shows the beautiful circular array of the type bars with the cover removed. This is a rare view of the Automatic, further showing the exquisite engineering used in Mr. Hamilton’s typewriter. A round brass disc screws into the center of the cover (first photo below) with a donut shaped ink pad on the underside, that inks the type bars as they come to rest.

The Automatic had its patent applied for in 1884 and was received in 1887. The Automatic was only manufactured for three years, with the Automatic Typewriter Company going bankrupt in 1890. ‘The Automatic was withdrawn from the market in 1891, after an expenditure of about $60,000 for its introduction, the stockholders refusing to invest further, and the factory was closed.’ – The phonographic World, May, 1892

The extraordinary letter shown below is a character reference for Mr. E.M. Hamilton, given by Ambrose Webster, co-owner of the American Watch Tool Co. (AWT) in 1892. Webster was the Foreman of the machine shop and was also an inventor. AWT would be known as the Waltham Watch Company and then the American Watch Company. AWT made various machines for the watch industry and were best known for their Webster-Whitcomb watch lathes. The letter talks about Hamilton engaging AWT to make two typewriter models in 1889 and attests to his engineering prowess. Other than the patent drawings, this letter seems to be a unique account of Hamilton’s work on his typewriters.

This typewriter originally sold for $65.

“If the Pen is Mightier than the Sword, what of the type-writer?” 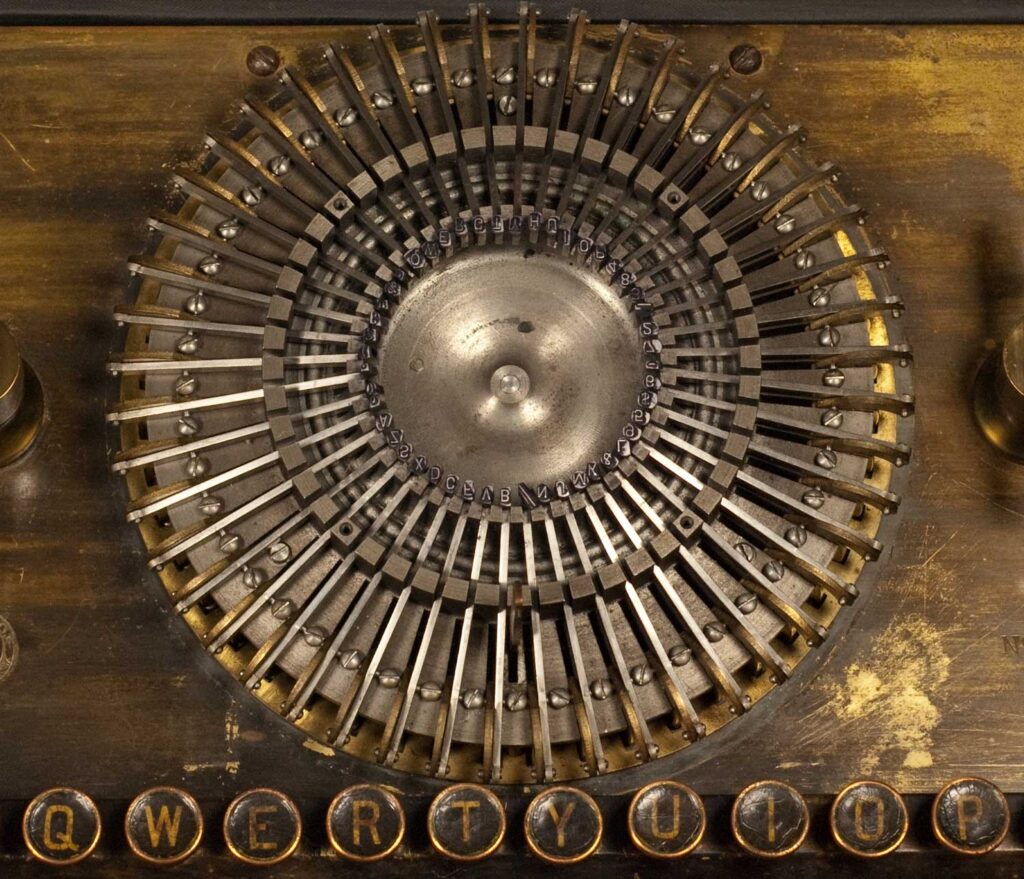 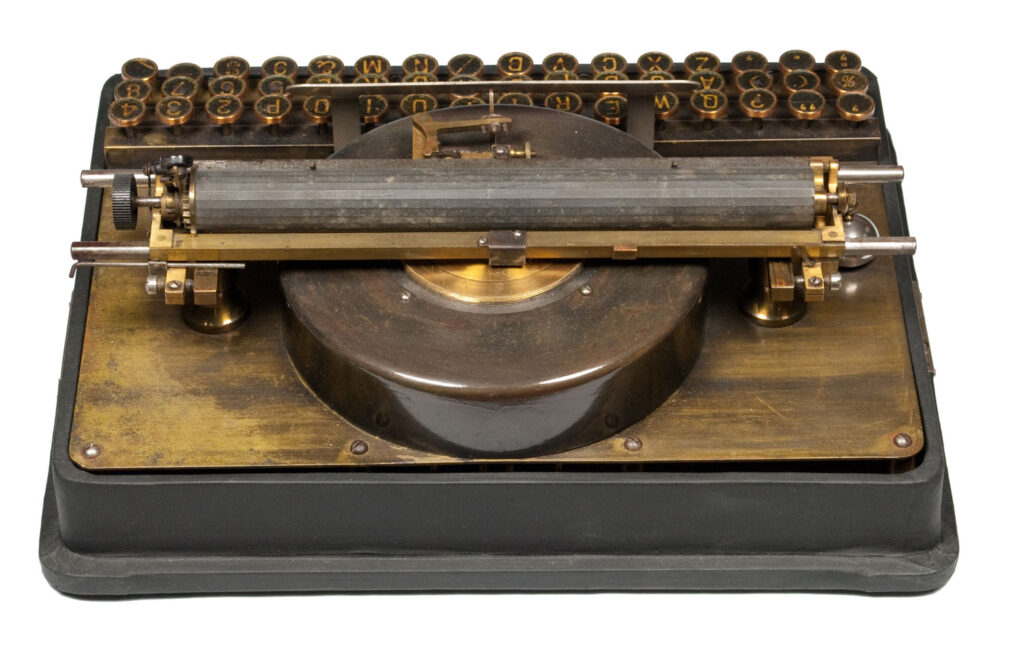 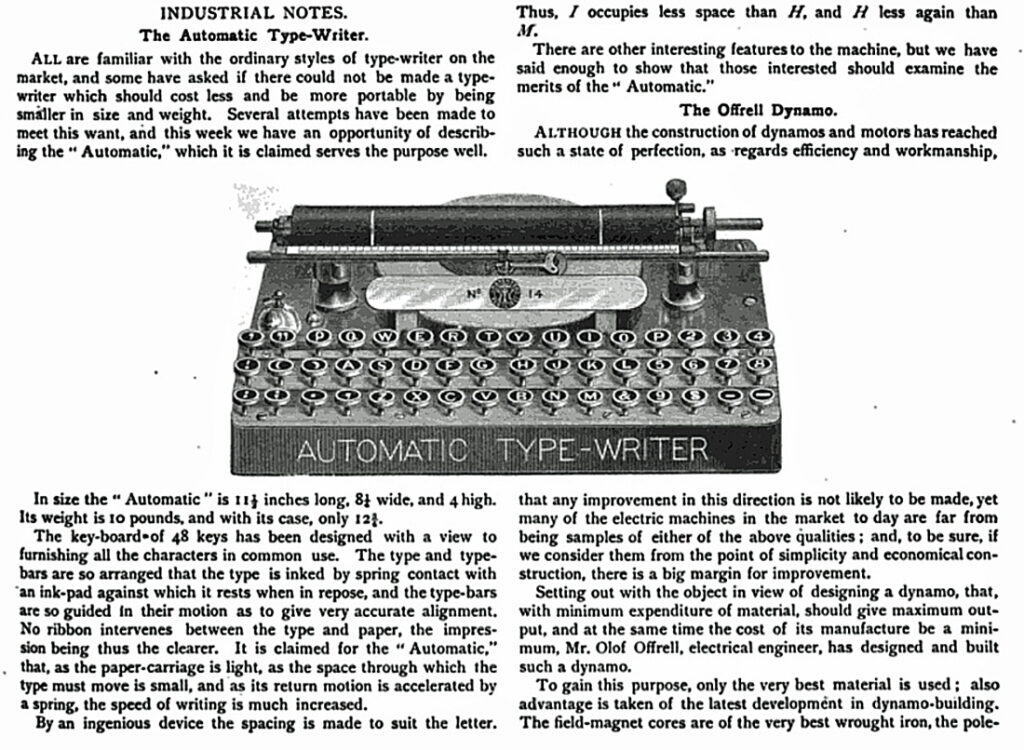 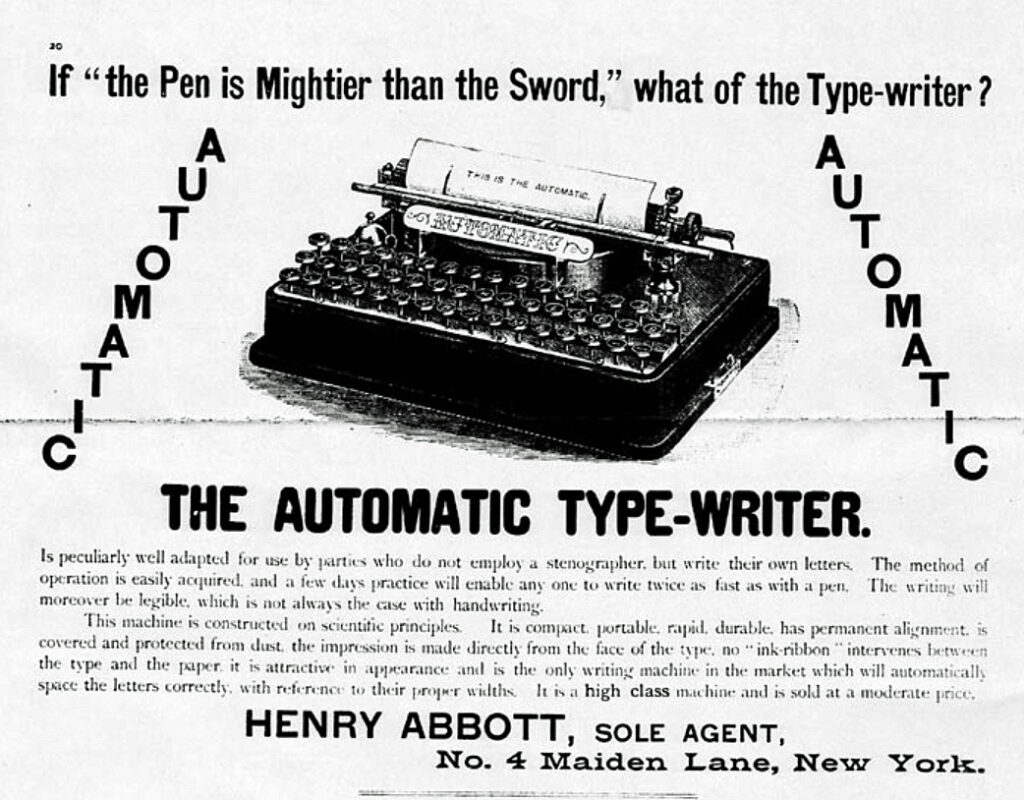 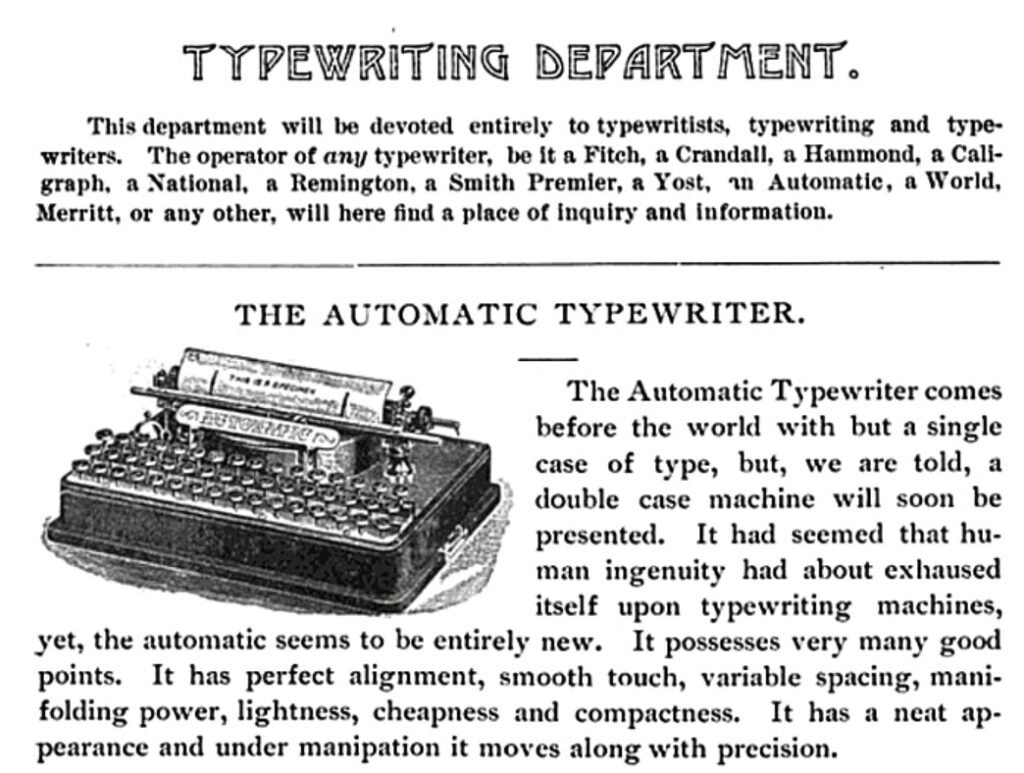 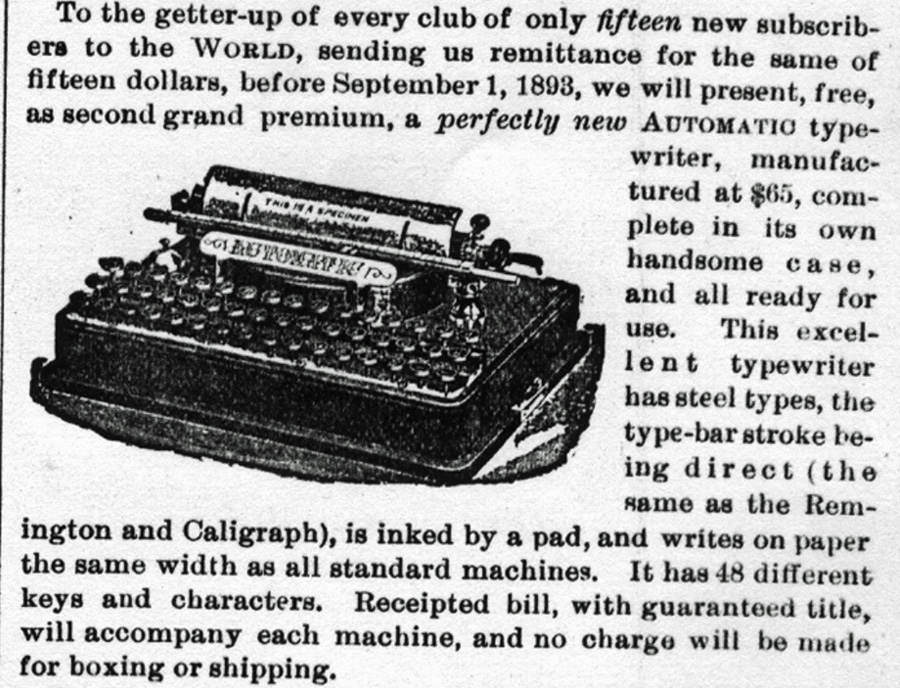 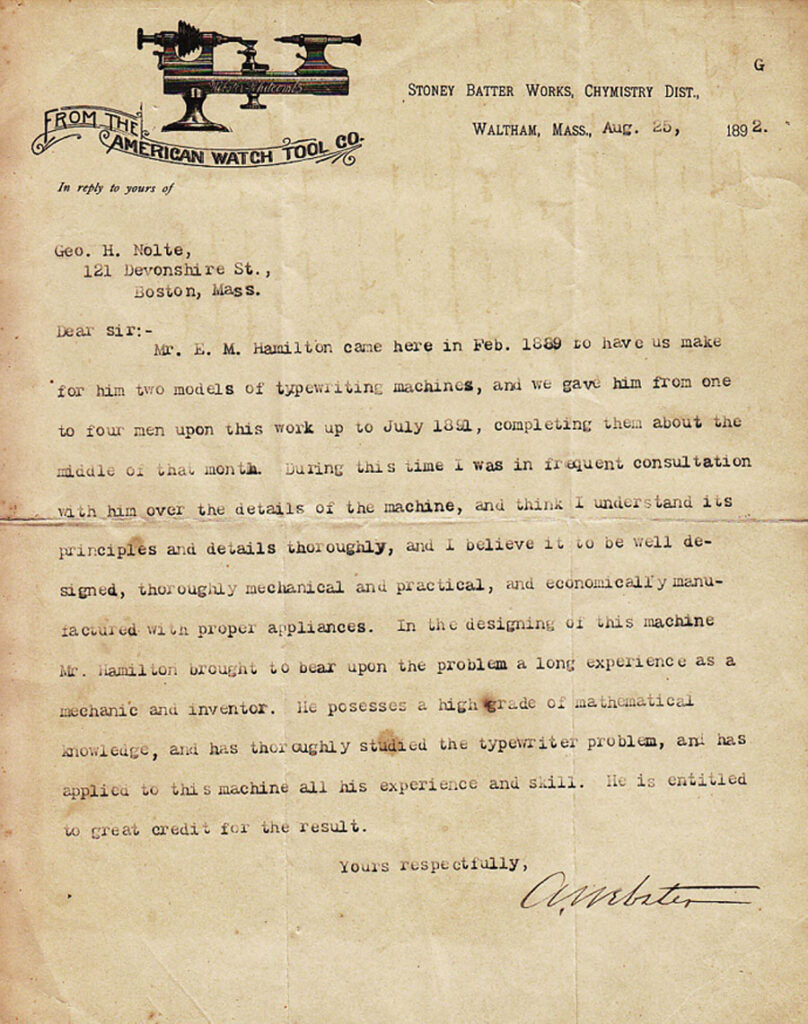